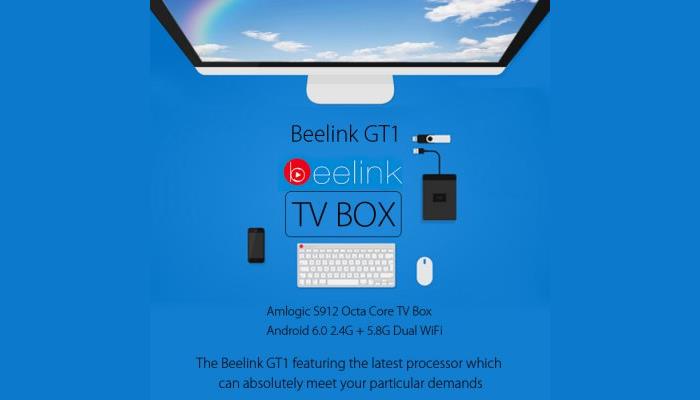 The Beelink GT1 is officially the first Beelink Android TV box to be powered by the eagerly anticipated octacore Amlogic S912 chipset.

A listing recently popped up on GearBest, unveiling some details about the new Android box.

There’s no info on what it’ll actually look like, with Beelink saying they want to keep it a surprise.

The Amlogic S912 is an interesting chip thanks to it’s ARM bigLITTLE design (4 cores for high performance, 4 for low power) and Mali-T820MP3 GPU which should making a solid chip for multimedia and gaming when coupled with solid firmware.

Where to Buy the Beelink GT1

GearBest have listed the Beelink GT1 at $80 though I’m not sure that’s the final pricing.

There’s no availability information yet. However, my sources have suggested it’ll be available late August to early September.