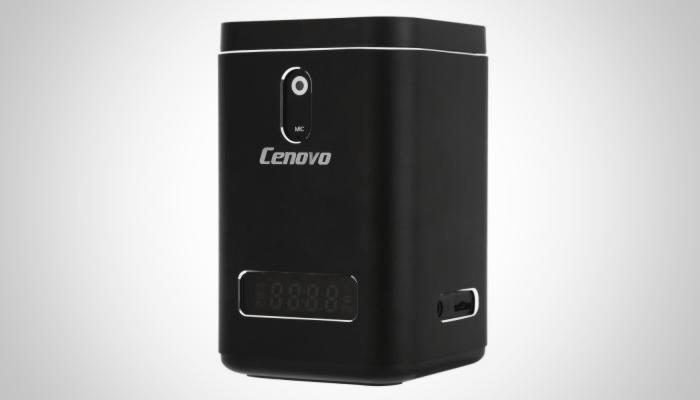 It’s been a while since I’ve written about new Windows PCs as companies have been releasing Amlogic S905X and S912 Android boxes almost constantly.

Cenovo has released a new Windows 10 PC that has a few unique features.

Whilst it doesn’t seem to have a model name, the new mini PC is powered by the Intel X5-Z8300 Cherry Trail processor. It also features 4GB of DDR3 RAM, 64GB of eMMC storage, dual band Wireless AC, Ethernet, and Bluetooth 4.0 – all packed into an aluminium case.

There’s nothing particularly different there. However, where things get interesting is the included 2MP camera built into the front of the unit which should allow for easy video conferencing.

There’s also an LED display which, based on the marketing images, will be used to display the time and other status indicators.

Cooling will be handled via a downward firing fan.

There’s no word regarding a genuine Windows 10 licence. However, my previous experience with a different Windows PC from the company has left me somewhat sceptical. I really hope I’m proven wrong.

Inside the box, you’ll get the Cenovo Windows TV box, HDMI cable, power adapter and a user manual.

Where to Buy the Cenovo Windows TV box

You can buy the Cenovo King Kong TV Box from GearBest for around $180 at the time of writing.