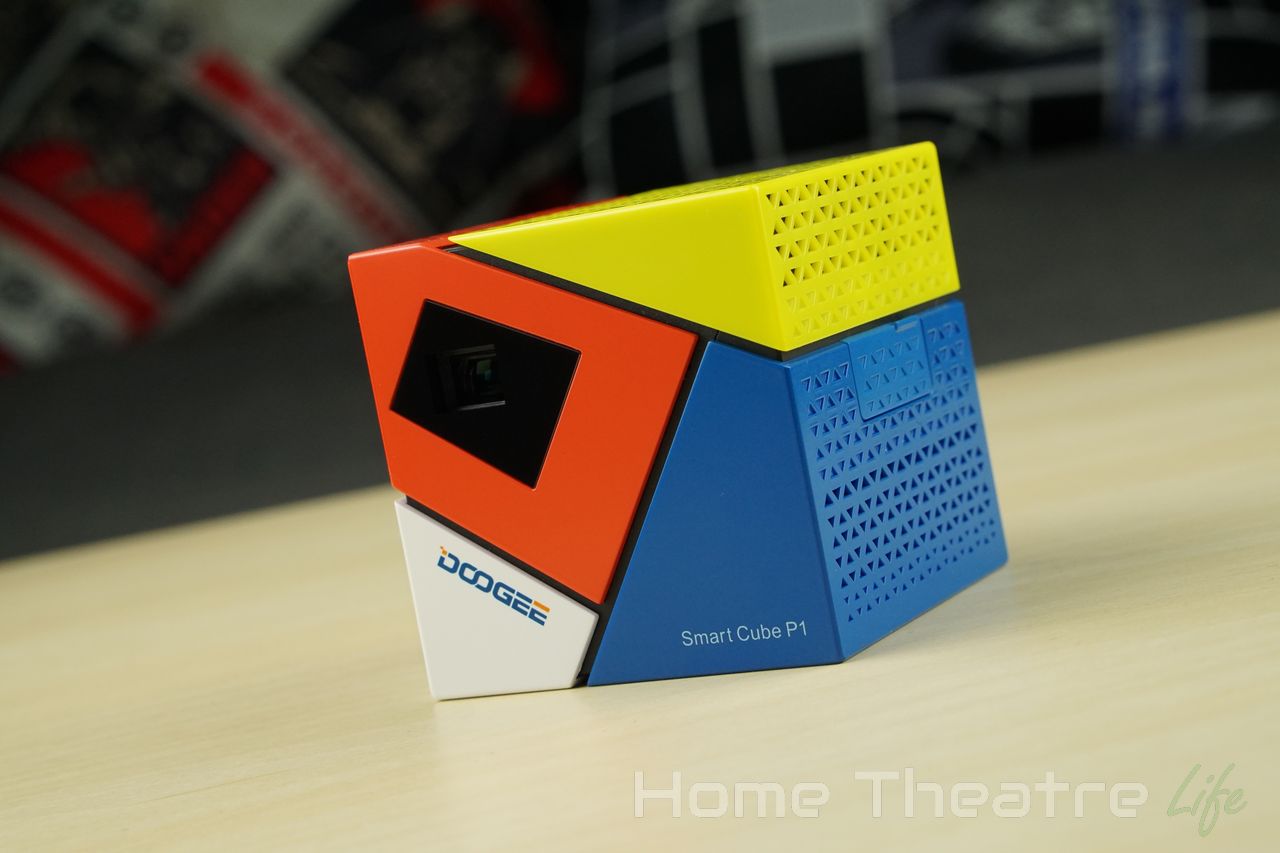 The Doogee P1 is a tiny portable Android projector that outputs 70 lumens of brightness and includes a 4800mAh battery. I’ve gone hands-on to check out this tiny projector. The Doogee P1 is impressively small at just 62mm on each side and weighing only 290g. The device features bright colors with geometric panels. It looks great but definitely steps away from typical AV equipment design.

The front of the unit features the projector’s lens and some Doogee branding. 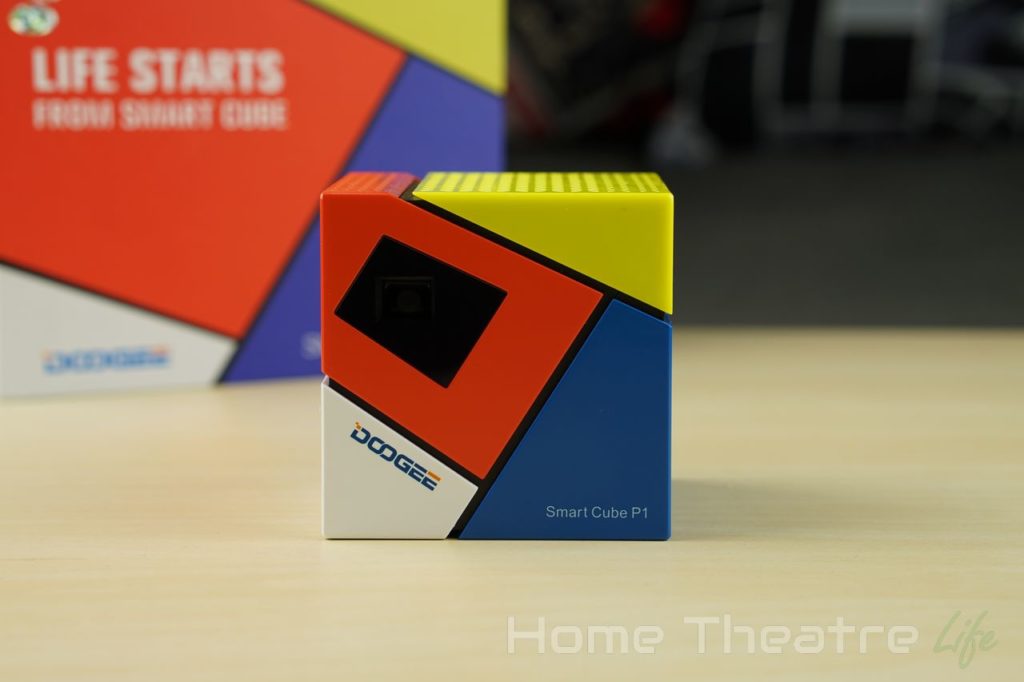 Ports are located on the left and right of the projector underneath flaps to keep things neat. The left side houses a fullsize USB 2.0 port. The right side features a micro USB port for power, the power button and a dial for adjusting focus. There’s no video input unfortunately. The only way to play media is wirelessly using technology such as AirPlay, Miracast and DLNA.

The unit is powered up by holding down the button. You don’t need to have it plugged in thanks to its in-built 4800mAh battery.

When you first boot up the box, you are prompted to install the Doogee projector controller app. Connect up to the projector’s wifi hotspot and use the app to scan the QR code to connect up the app. The app then allows you to connect the Doogee P1 to your wifi network. 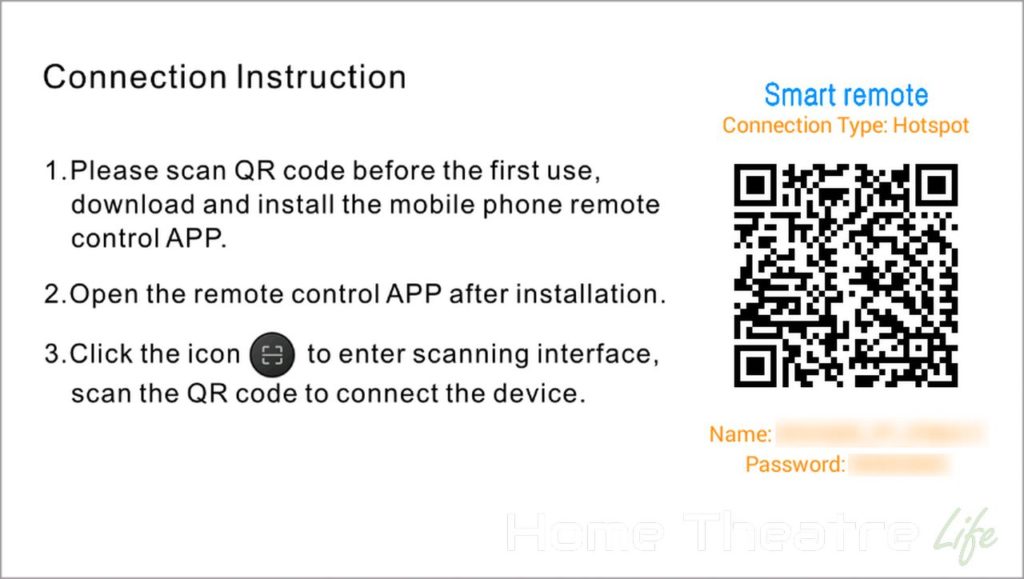 It’s Android launcher is stock and comes pre-installed with a number of apps including Kingsoft Office, Miracast and Happy Cast (for streaming via AirPlay and DLNA). 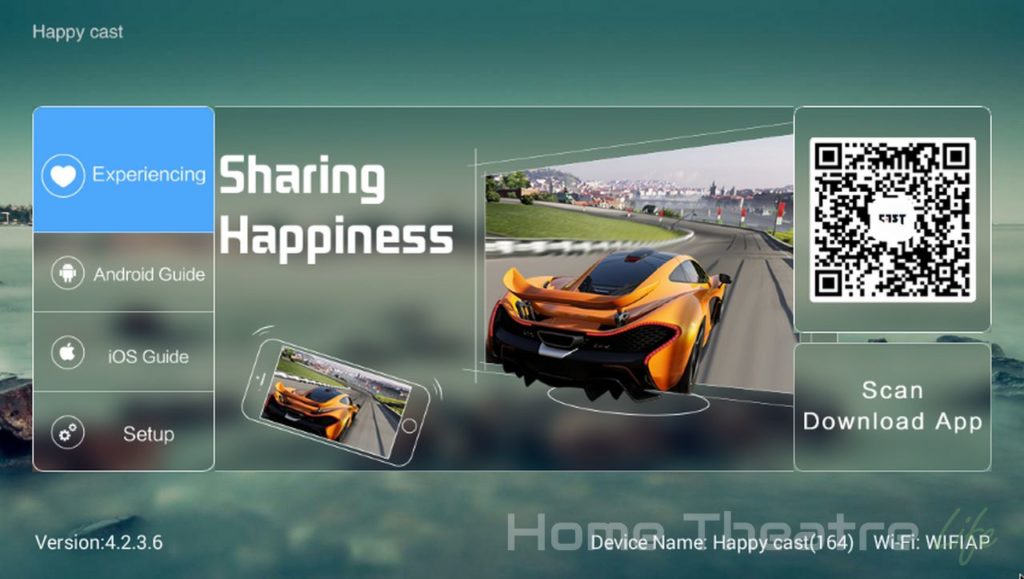 The Doogee P1 also comes with the Google Play store but I haven’t been able to get it working as I get an error whenever I try to download an app. It seems there’s an issue with Google Play Services so I’m hoping Doogee issue a new firmware update via OTA.

I did some quick multimedia playback tests to see how the Doogee P1 faired. Miracast and DLNA all worked perfectly with my Galaxy S4. AirPlay only seemed to work via AirPlay Mirroring on iOS 9. It was fine for watching my recorded videos or playing games, though trying to watch YouTube videos would cause the video stream to stop. That said, watching YouTube videos via Chrome was fine. 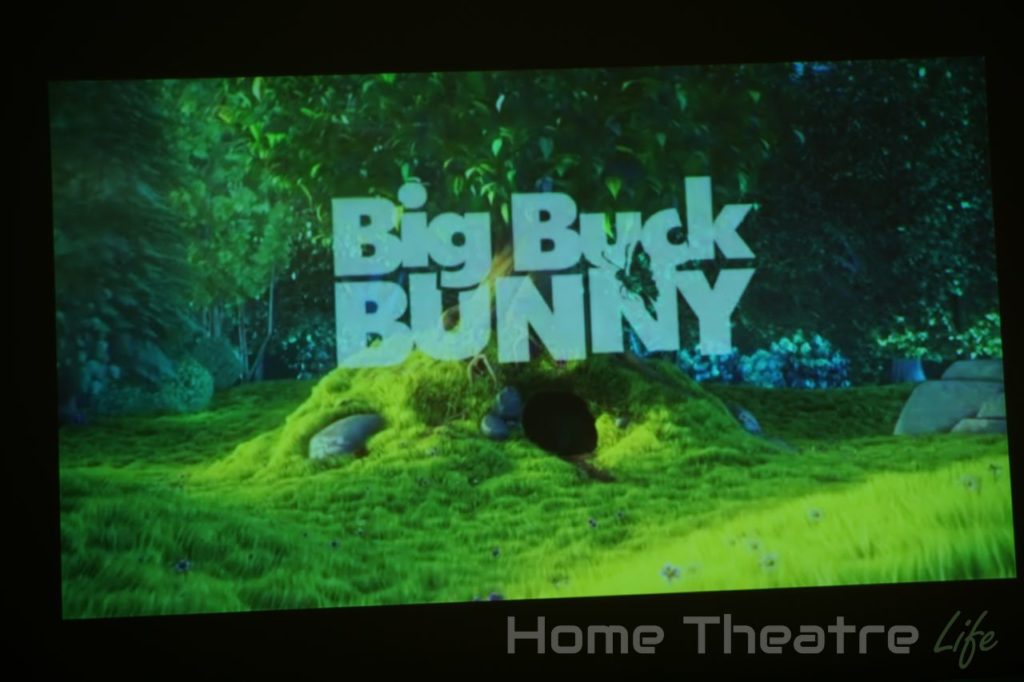 Doogee claim that the P1 is capable of projecting a 90 inch image at 3.3m and I have to say that it surprisingly pulls it off. Casting across my testing room, I was easily able to get the image to almost fill the wall. It’s impressive that this tiny box can actually output an image this good. That said, the projector’s 70 lumens of light output limits the projector to darker environments when casting a large image. I found that the image was perfectly fine at around 1m in a well-lit room whilst casting a massive 90 inch image from 2-3m away required everything to be fairly dark. The image quality is good, with a sharp image that’s easily adjustable via the focus dial. The image doesn’t do it justice. Though the resolution is only 854×480, it’s clear enough for movies, gaming and presentations.

The unit’s built-in speakers also sound good for their tiny size. They sound a little hollow but there’s plenty of volume and bass levels are ok but you can always hook up a Bluetooth speaker if you’d prefer.

The Doogee P1 is an interesting gadget. Image and audio quality seems to be good, as is codec support though the issue I’ve had with the Google Play store is a little concerning. That said, it should be easily fixable via a firmware update.