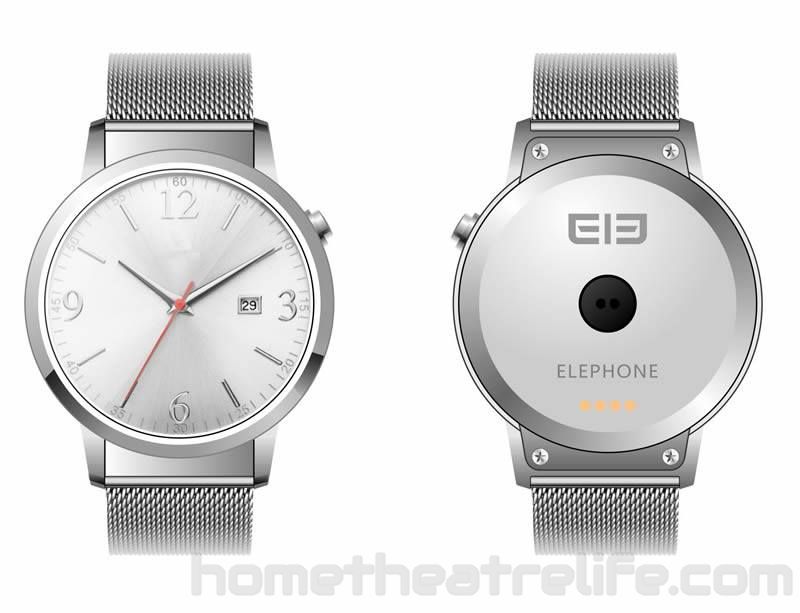 Smartphone maker Elephone are venturing into the smartwatch market with the Ele Watch. The round screened device is particularly interesting given rumors that the Ele Watch will run Android Wear, rather than the MediatTek smartwatch platform we’ve seen on devices such as the No.1 Sun S2.

Android Wear has only been featured on devices from three manufacturers: Motorola, LG and Sony. With Elephone confirming that the Ele Watch runs Android Wear, it’s the first Chinese manufacturer to run Google’s smartwatch OS.

There’s still a lot of unknowns at this stage, but the images revealed show a completely round screen (not the “flat tyre” screen seen in the [amazon text=Motorola 360&asin=B00NC8PMUK]). The body seems to be made of stainless steel, with a matching wristband.

As is expected by this stage, there’s a heartrate monitor on the rear so it’s safe to assume that heartrate tracking, along with other health functions such as a pedometer will be along for the ride.

Based on the renders and feature set, the Ele Watch is definitely shaping up to be a “premium” smartwatch rather than some of the impressively cheap smartwatches we’ve seen of late. Expect to see a price north of $100.

Mlais Reveals an Android Wear Smartwatch of their Own