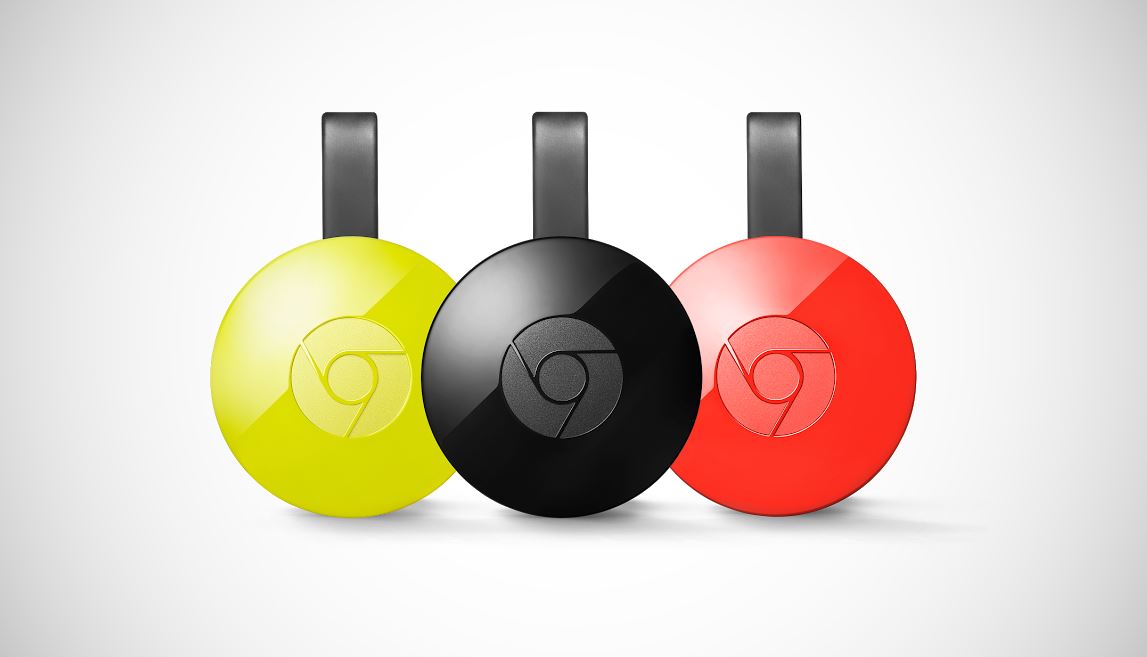 Google recently revealed the Chromecast 2 at their recent September 29th event. With the [amazon text=original Chromecast&asin=B00DR0PDNE] being a massive hit, the search giant is claiming that the new and improved model will over an improved streaming experience.

What’s new in the Chromecast 2?

The first thing you notice about the Chromecast 2 is its design, with Google moving to a disc design rather than the original’s dongle shape. The male HDMI plug is now on a flexible cable, rather than integrated into the body like it was previously. This should help reduce interference by keeping the Chromecast further away from the TV.

Fast Play should make things far more pleasant, as anyone who’s used the original Chromecast knows it can be a little slow playing media. It’ll apparently pre-fetch content you’ll want to watch to allow it to start streaming instantly.

Google are also updating the Chromecast app to list apps installed on your smartphone that are Chromecast-compatible which should make it easier to find content to watch.

As an avid Chromecast fan, I personally can’t wait to get my hands on the new model.

The Chromecast 2 will be available across multiple countries for around US$35. It’ll come in 3 colors: black, pink and yellow.