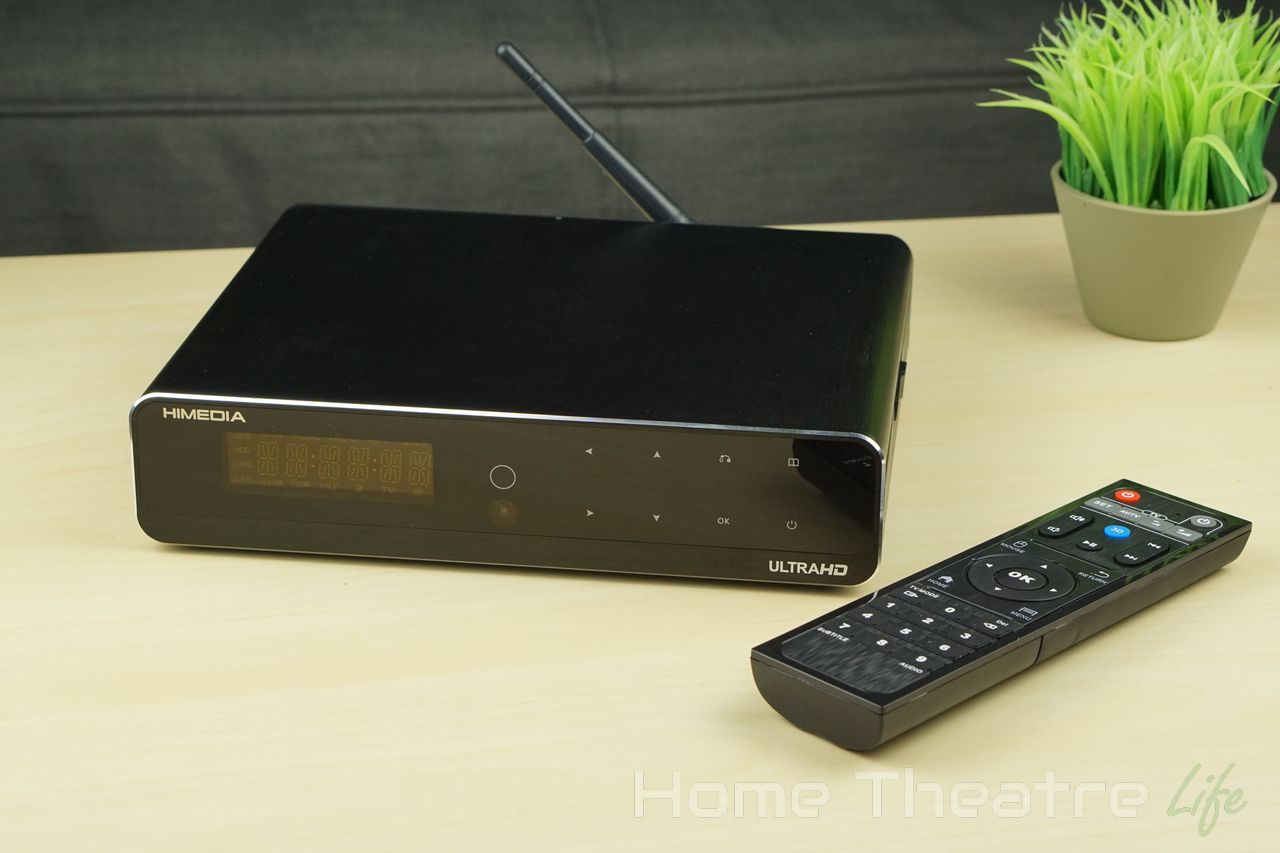 I want to say thanks to Himedia for sending me a sample to review. 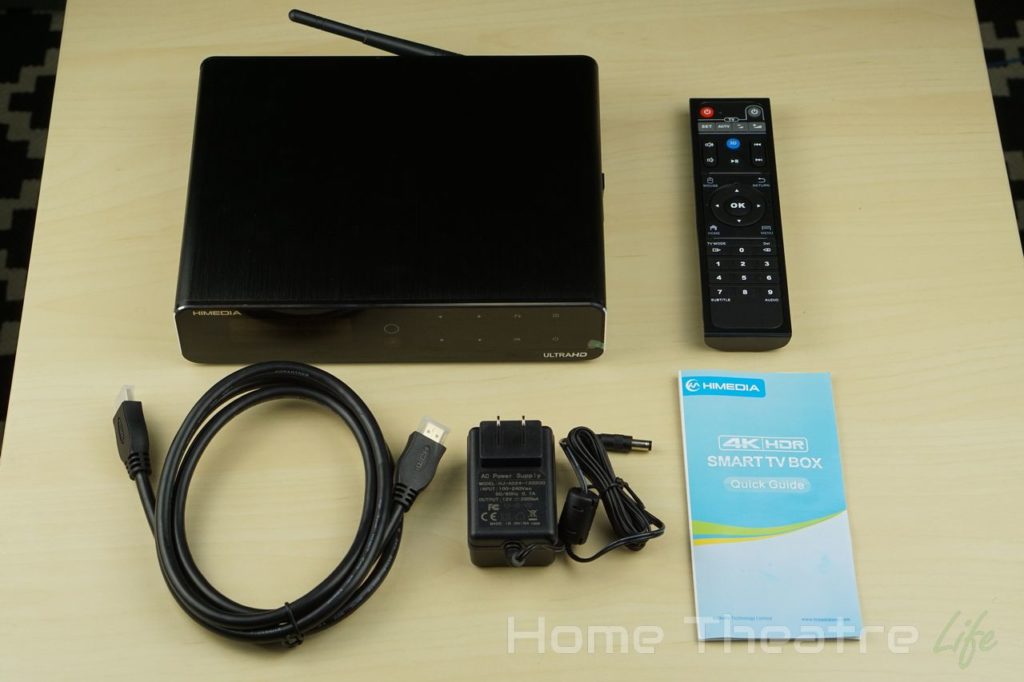 Unboxing the Himedia Q10 Pro, I was surprised at the unit’s MASSIVE size. I’ve seen a number of chunky Android TV boxes but this is a beast at 226x180x50mm. I’d probably put it on par with a [amazon text=Playstation 4&asin=B018V3ISJ2] in terms of size.

The Q10 Pro definitely puts its large frame to good use. The front panel features a large LED display and a set of touch controls plus the power button. 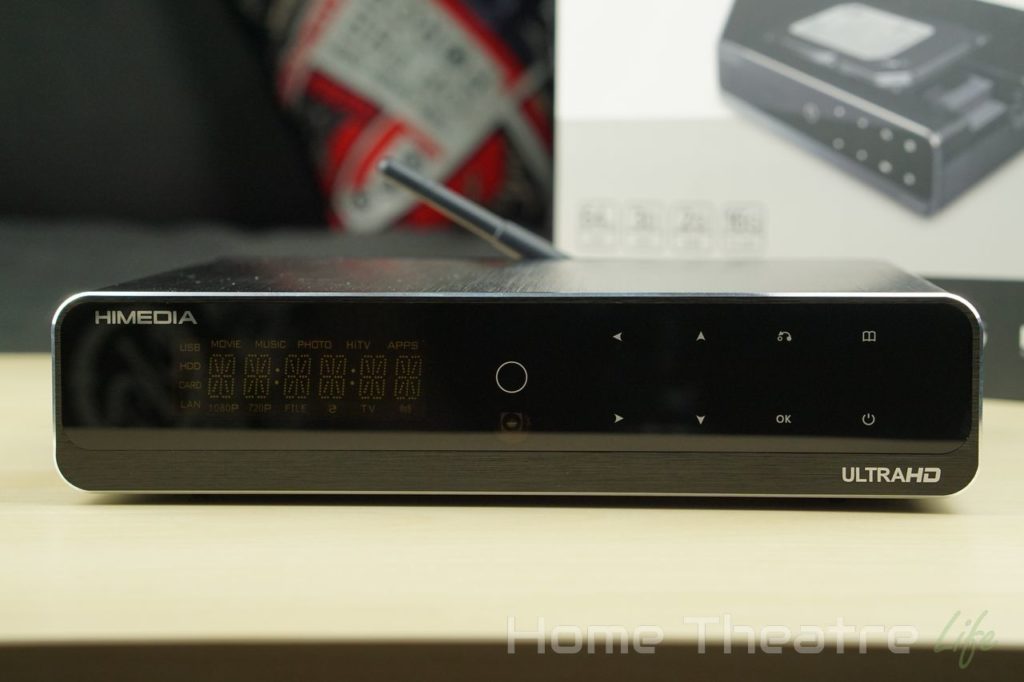 The right side has the open button to access the 3.5″ internal SATA bay. Sliding the release switch allows you to pop open the whole top of the case and reveal the 3.5″ HDD bay. 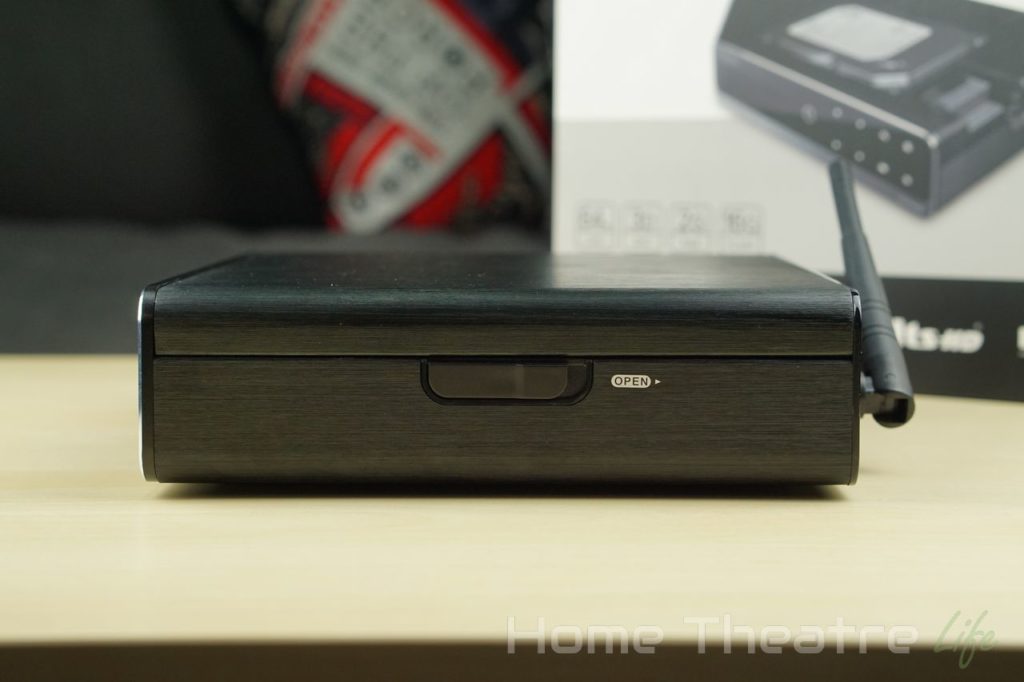 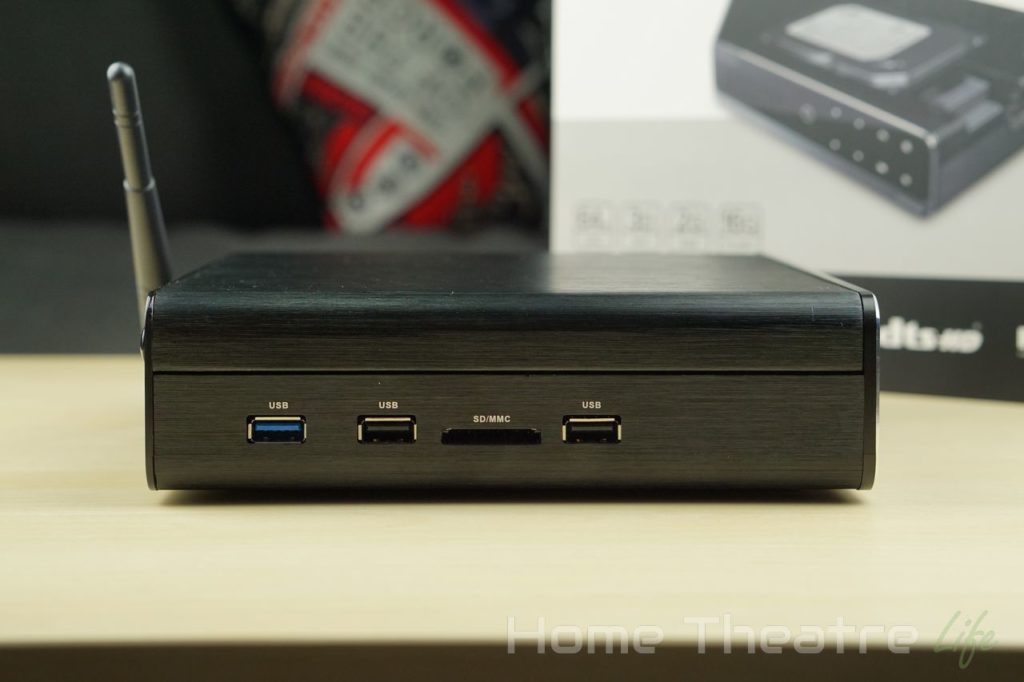 Most of the ports are on the back though. From left to right, you’ve got USB 3.0 Type B port, optical audio out, composite video out, ethernet, HDMI out, an firmware upgrade button and DC in. 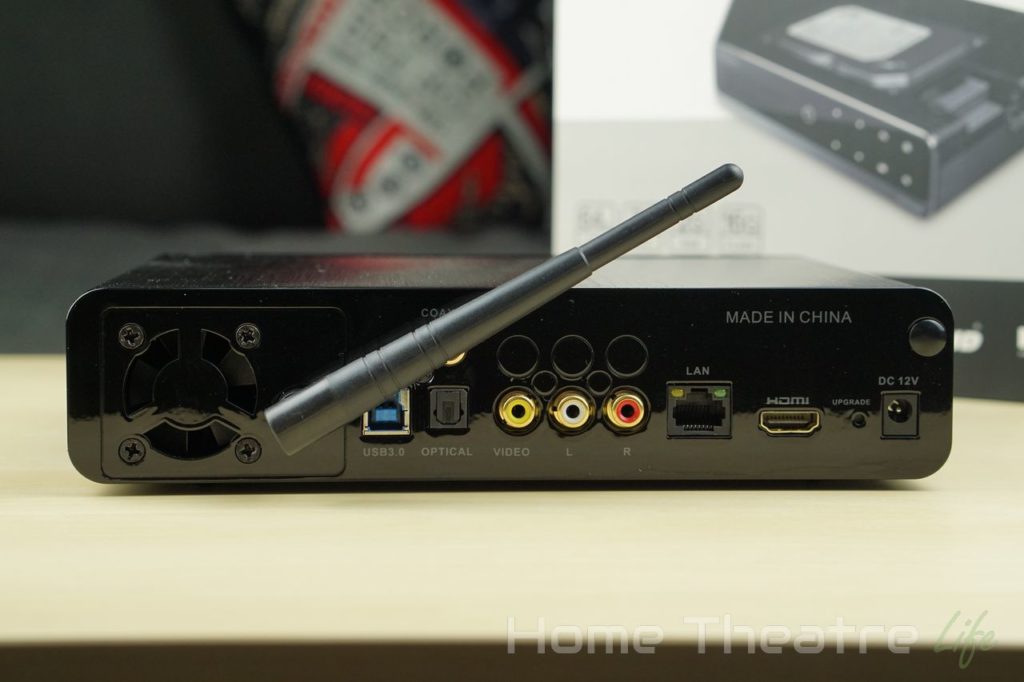 The included remote is pretty nice too. It’s got a full suite of controls, a mouse mode and several buttons that can be learned from other IR remotes so you can control your TV from the Q10 Pro’s remote which is nice.

Booting up the unit takes around 25 seconds with a keyboard and mouse connected. Standby unfortunately doesn’t seem to be supported so you’ll have to leave it idle or power it up every time.

The Android launcher is essentially identical to that seen on the Himedia Q10, with its bright multicolored tiles and comprehensive skinning for everything including the Settings. 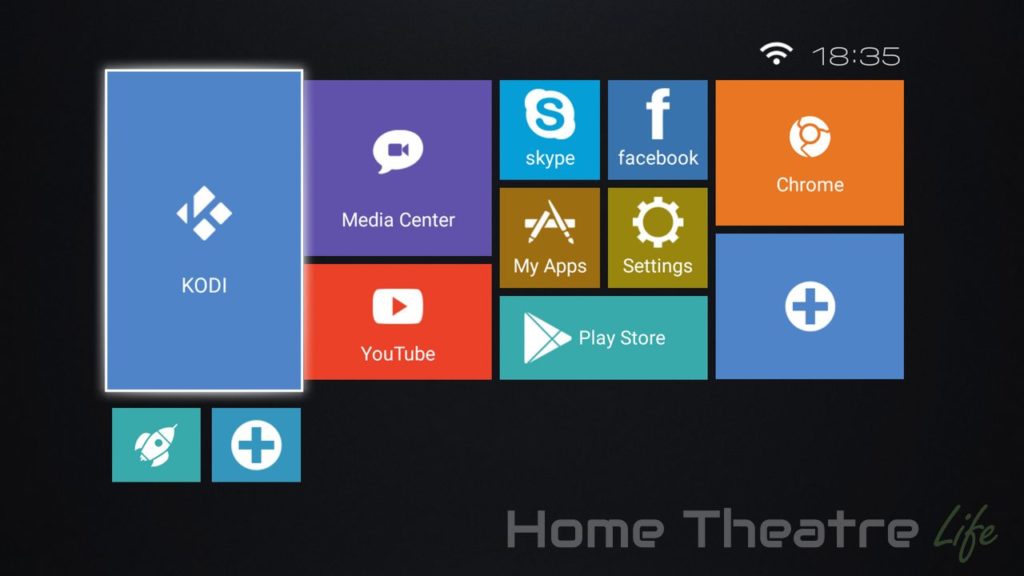 There’s a few preinstalled apps, including Facebook, Skype, Kodi 15.2 and Happy Cast for AirPlay support. You can also use the device as a fileserver using the built-in Samba server too which is nice. Google Play works as expected. The box isn’t rooted out of the box.

The Hisilicon Hi3798C V200 handles Android well and I didn’t experience any slowdowns at all.

A quick media test with the latest Kodi 16.1 from the Google Play store (it automatically updated when I logged into my Google account) saw both my 1080p H.264 and H.265 samples play back perfectly.

Automatic framerate switching is supported but you’ll need to set up Kodi to use Himedia’s internal player as it doesn’t work using Kodi’s native player. Thankfully, there’s a Himedia Wrapper APK that can do the config for you. 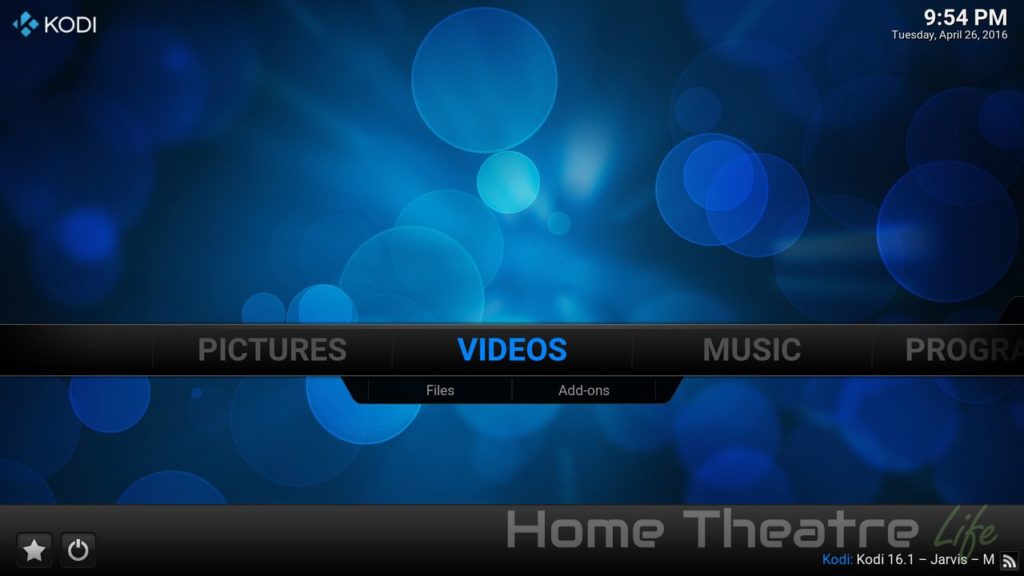 Video streaming via wifi seems to be good. My 4K H.264 videos streamed from my NFS share without any buffering so networking performance seems respectable at this stage. 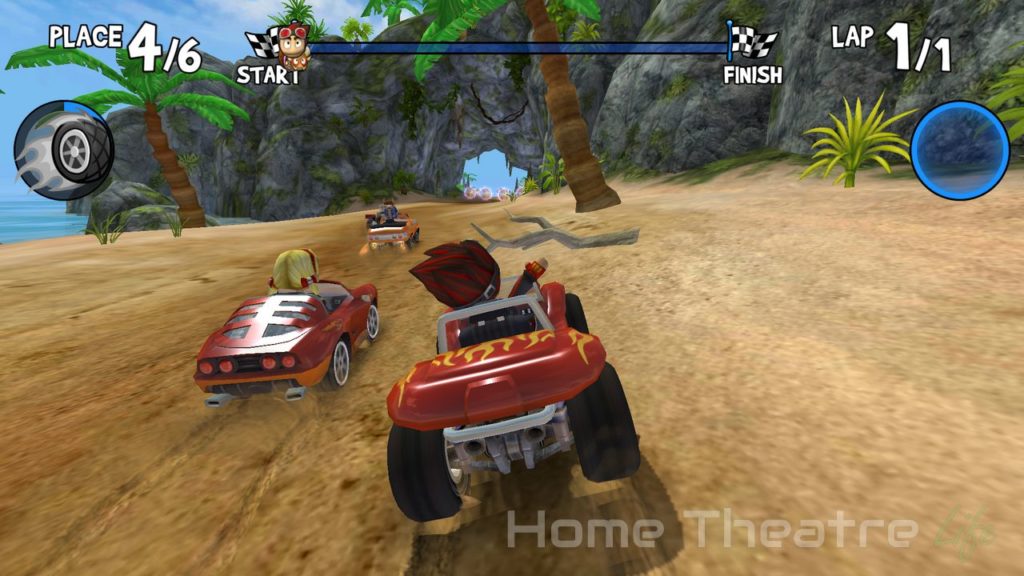 I’m impressed with the Himedia Q10 Pro so far. Though its massive frame may not be for everyone, its performance seems to be solid at this stage and the 3.5″ bay is a massive plus for those wanting to store all their media in one place.

The Himedia Q10 Pro is available from [amazon text=Amazon&asin=B01DQMFYFE], Aliexpress, W2Comp and eBay.