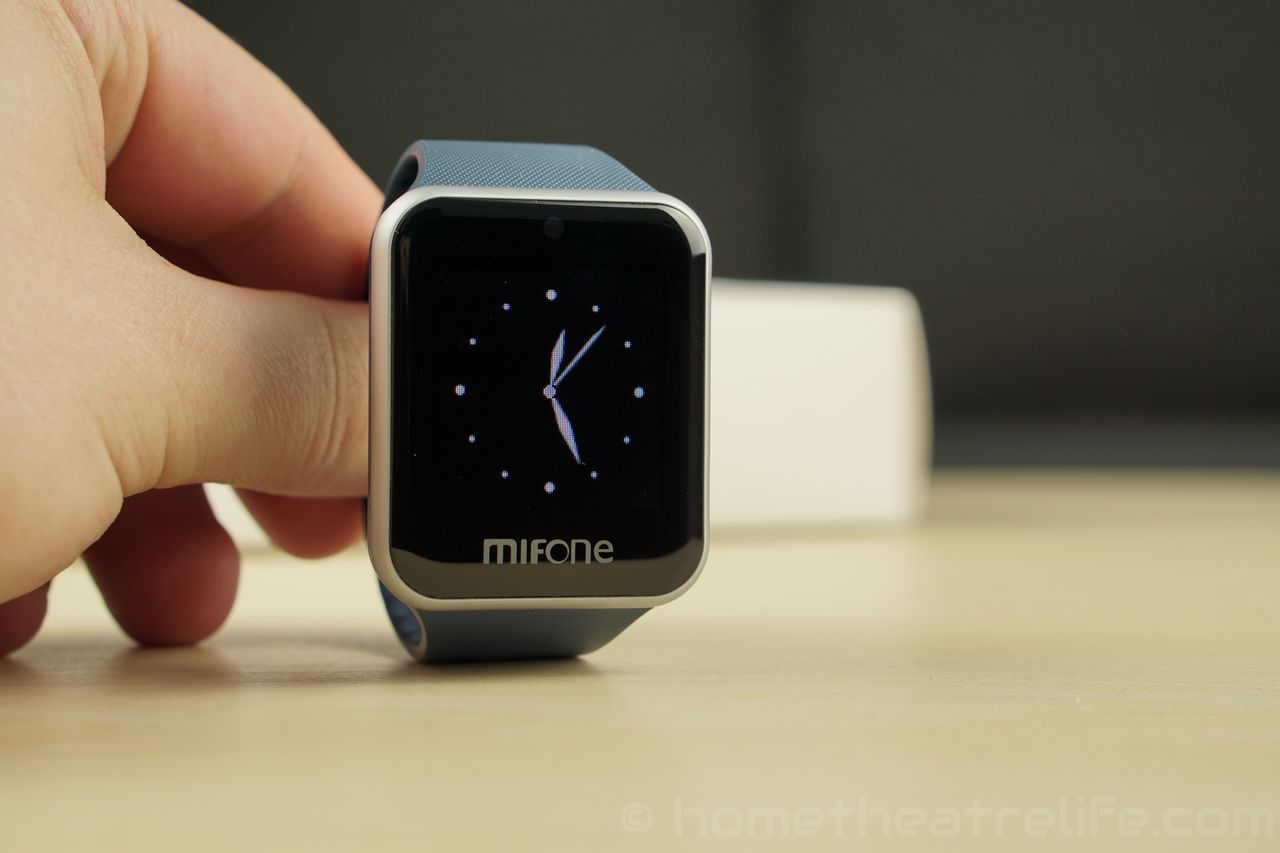 The MIFONE W15 smartwatch certainly sounds impressive on paper, featuring a 2.5D “sapphire touch” screen, hypoallergenic wrist strap and compatibility with iOS, Android and Windows phone. But is it all talk and no action?

I want to say thanks to Pandawill for sending me a sample to review. Click here for the latest price. 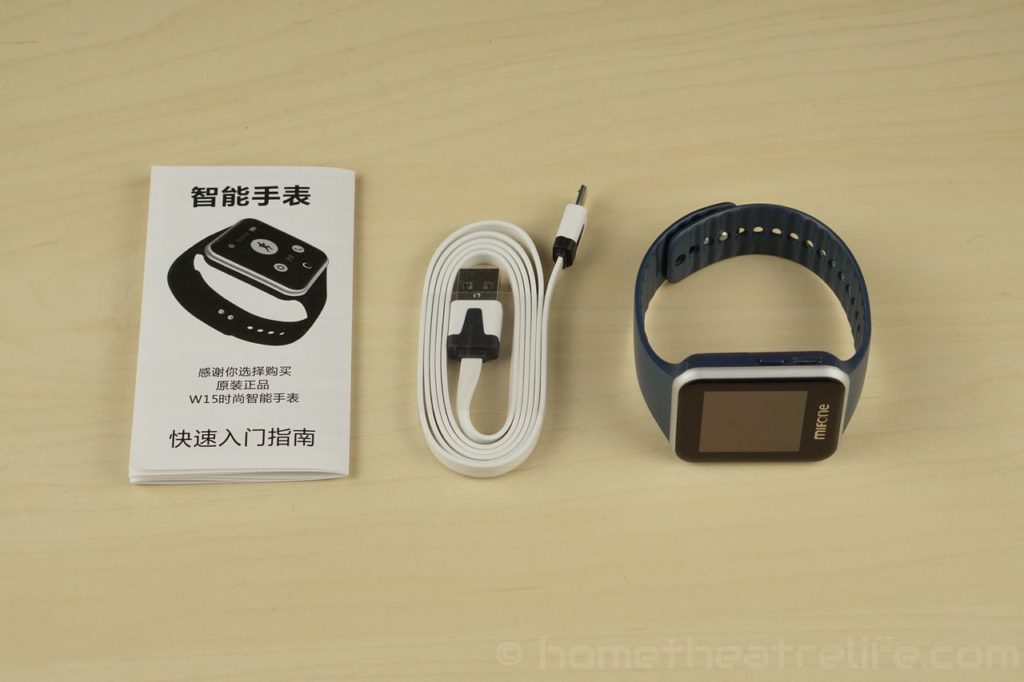 There’s really not that much to say about the inclusions. Inside the box, you have:

The MIFONE W15 is a nice looking smartwatch that reminds me a lot of the Apple Watch. 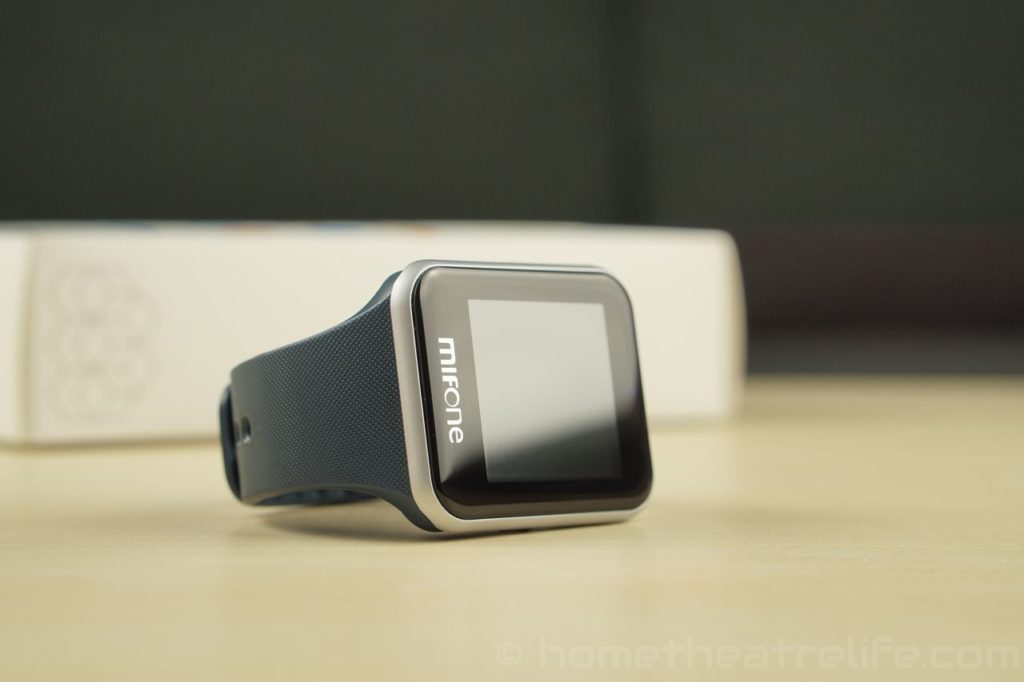 The key feature, the 2.5D sapphire screen, looks fantastic. The gentle rounding on the screen makes the device look far more expensive than its pricetag. The screen itself is a little low resolution but not so much that it’s an issue. 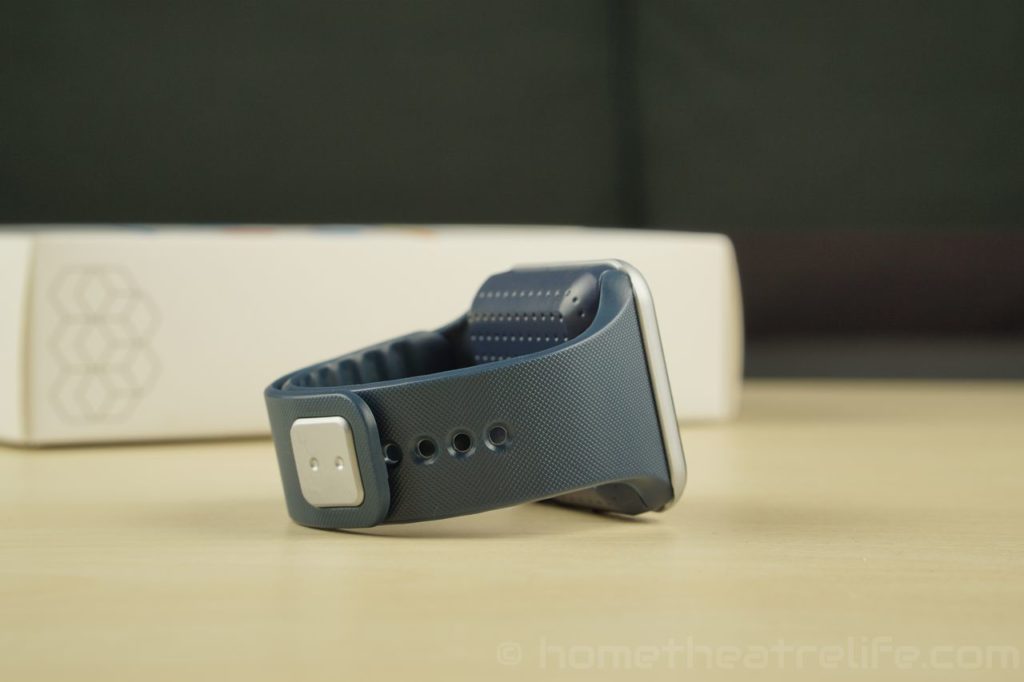 The wristband is also great. Made of a soft rubber, it’s incredibly comfortable to wear all day. They’re available in a whole host of colors to match your personal tastes. Metal studs hold the band together and it never came undone, regardless of what I was doing.

Holding down the button on the MIFONE W15 for several seconds will turn on the device.

The watch is basic but functional, showing either an minimalist analog watchface or a more detailed digital version with shortcuts to the pedometer and Bluetooth functions. The watch automatically switches on when raised which is a nice touch. Navigating through the menu is handled almost exclusively via taps on the screen, although the on-watch manual does require some swiping. The screen was responsive, with only the occasional touch going unregistered.

Pairing the smartwatch was a breeze. Make sure the W15’s Bluetooth is switched on, select it from your phone’s Bluetooth menu and pair the watch like you would any other Bluetooth device. There’s no automatic time synchronization with your smartwatch so you’ll need to manually set it yourself which is a pain.

When paired, the smartwatch is essentially a Bluetooth handfree kit on your wrist. You can browse your phonebook, view your call lists and place and receive phone calls – including using the watches in-built speaker and microphone. Audio quality was pretty good, despite lacking volume. The microphone was nice and clear according to the party on the other end of the call. 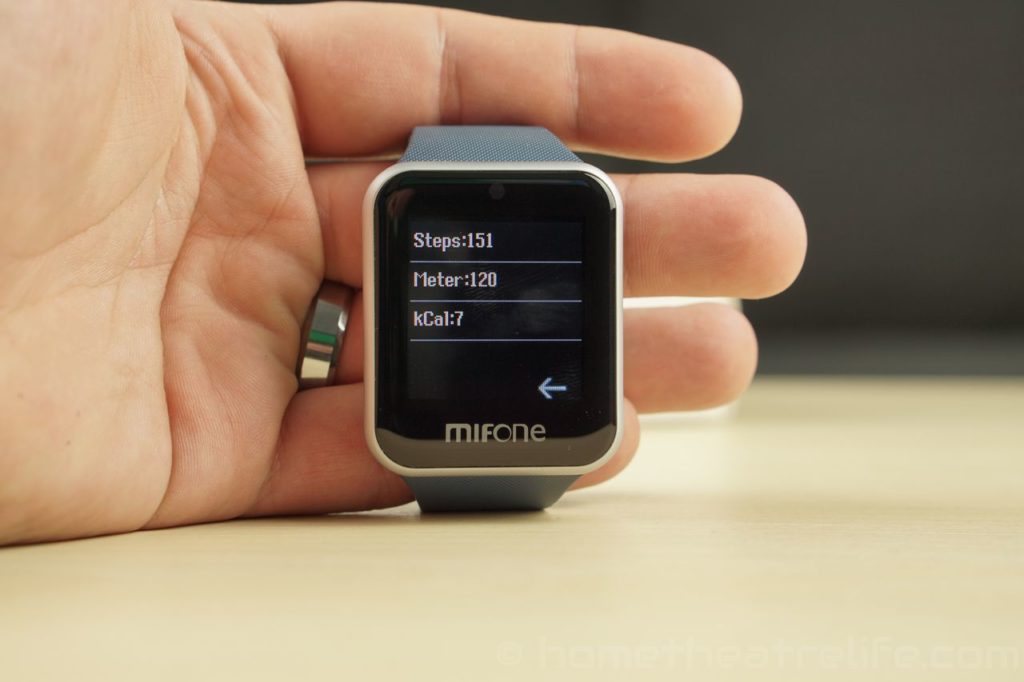 The other included features are a bit of a mixed bag. There’s a sound recorder, stopwatch, music playback controls and an alarm which work fine. However, there does seem to be a bug trying to set recurring alarms. It kept exiting out of the menu when I tapped on the recurring option.

The pedometer, which constantly runs in the background, doesn’t feel particularly accurate. Compared to my [amazon text=Fitbit Zip&asin=B0095PZHZE], the MIFONE W15 registered 1262 steps compared to the Fitbit Zip’s 2937.

I did use the music controls a fair bit. It’s nice to be able to skip tracks from your wrist rather than needing to fish your phone out of your pocket. Whilst Android worked flawlessly, hitting the play button when connected to an iOS device kept switching the audio from the phone to the watch’s speaker – scaring quite a few people around me with some surprise death metal.

Battery life wasn’t bad, getting roughly a full day’s use. It’s on par with most smartwatches, but still falls behind devices such as the No.1 S2. The MIFONE W15 isn’t the greatest smartwatch, but nor is it the worst. It looks great and generally works well for the most basic functions. However, some firmware bugs and a lack of any sort of notifications is a frustrating gap – although some of that can be forgiven given the price.

If you want a cheap yet good looking smartwatch for placing/receiving calls and controlling music from your wrist, the MIFONE is a good option. Those wanting more from their smartwatch, namely notifications, should look at more robust solutions such as the No.1 Sun S2.

You can purchase the MIFONE W15 smartwatch from Pandawill. Click here to view the latest price.

MIFONE W15
The MIFONE W15 is does a good job of being a basic smartwatch. It works well for placing calls or controlling your music, but an inaccurate pedometer, lack of notifications and a few firmware bugs detract from the overall package.
Pros
Cons
6.6