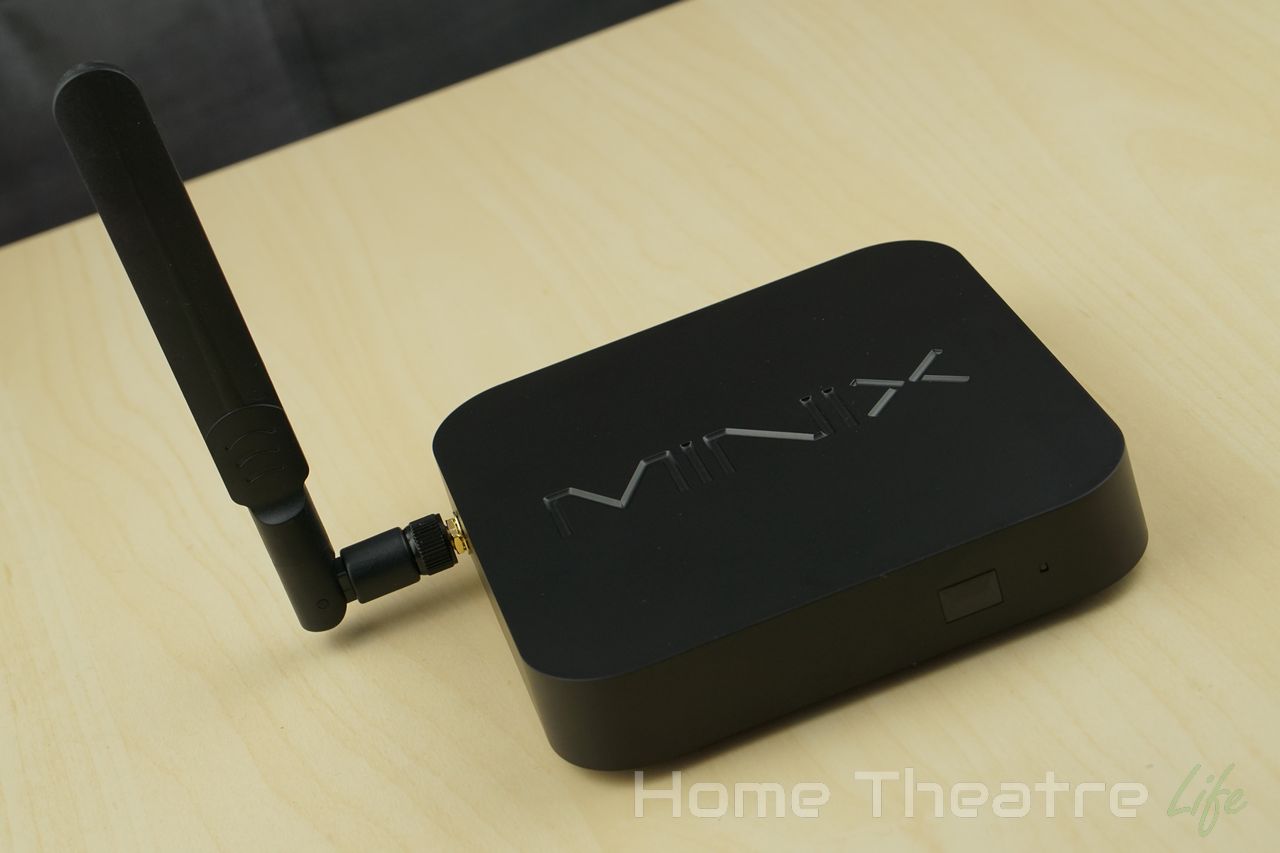 The first thing you notice when unboxing the MINIX NEO U1 is how solid it feels. It’s got a heft to it that makes it feel far more premium compared to its competitors. The whole unit feels very well made.

Ports are located on the right side and rear of the MINIX NEO U1. The right side houses the power button, 3 fullsize USB ports, micro SD card slot, micro USB OTG port and a Kensington lock port. The rear has a headphone jack, microphone jack, HDMI output, optical audio, Ethernet and DC In. There’s also a port for the wifi antenna on the left side. Booting up the Minix Neo U1 takes around 28 seconds with a wireless keyboard and mouse connected. Resuming from standby is instant.

MINIX have shipped their MINIX launcher that heavily uses their trademark green colour scheme. Like other TV box launchers, the MINIX NEO U1’s launcher allows you to sort your apps into various categories such as Online Video and Games. It looks great and is pretty intuitive to use. The Amlogic S905 handles Android 5.1 well, without any noticeable stuttering or lag. Unfortunately root access isn’t available out of the box. However, the methods for rooting it are already available.

The MINIX NEO U1 comes pre-installed with a variety of included apps including Airpin Pro, Airdroid, Netflix, and Kodi 15.2. I had a quick play with Airpin Pro and was impressed to see that Airplay Video and even Mirroring were working with iOS9 – something most boxes haven’t been able to do.

MINIX have also integrated OTA updates, allowing you to easily update the firmware when new versions are released. There has already been two updates available (the latest was released on the 31st of December) and after a small download each time, I had the latest firmware installed. The whole process was painless. Stock Kodi is pre-installed. However, MINIX recommends that XBMC MINIX Edition is used so I downloaded the APK from their site. It looks like a stock version of Kodi 15.2 with a custom splash screen. However, I did notice that automatic framerate switching worked when I played back some 24Hz videos. 1080p H.264 and HEVC videos appeared to play back fine, though I did notice that the HEVC video did become a little jerky if I skipped through it.

Wifi performance seems to be solid, with streaming of both 4K and 1080p H.264 samples from an NFS share on my server playing back without any buffering.

Gaming performance was as good as other Android boxes powered by the Amlogic S905. Beach Buggy Racing performed solidly at 1080p on maximum settings with only the occasional bit of slowdown. The MINIX NEO U1 is probably the most impressive Amlogic S905 box I’ve played with so far. It’s build quality is outstanding, the launcher is unique and MINIX have long had a reputation for updating their boxes after release. However, the significant price premium will be hard to swallow for some.

The MINIX NEO U1 is available from GearBest for around $129.

3 thoughts on “MINIX NEO U1 Impressions”