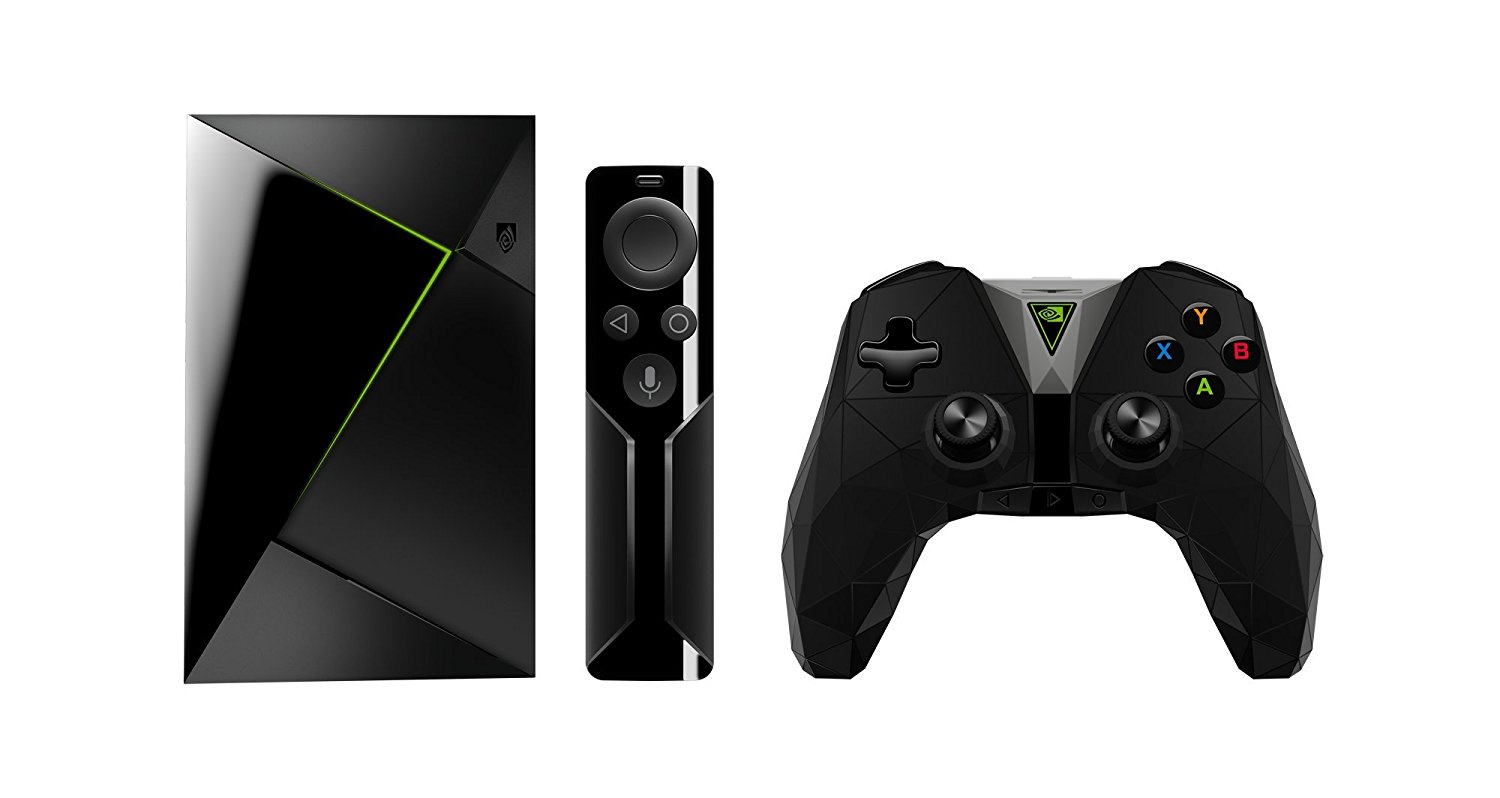 We knew a new NVIDIA SHIELD TV (my pick for the best Android TV box) was coming as stock has been very hard to come by recently. Now Nvidia have revealed the [amazon text=upgraded NVIDIA SHIELD TV at CES 2017&asin=B01N1NT9Y6].

On the outside, the upgraded NVIDIA SHIELD TV looks alot like its predecessor. However, Nvidia claims it’s “3x faster than the closest competitor”. This makes it the most powerful Android TV box on the market.

It’s still powered by Nvidia’s beastly quadcore Tegra X1 processor, though there’s no information if any other specs have changed.

Google Assistant, the same virtual assistant used in Google Home, is now built-in, allowing you to search the web and browse Netflix, YouTube and more using just your voice.

If you want to use Google Assistant in another room, you can grab an Nvidia Spot – an AI mic accessory for SHIELD which will retail for $49.99. The controller has also got a redesign. It now features a far more intense geometric design that I personally love the look of. I’ve got no idea how comfortable it’ll be in practice though.

Inside the box, you’ll get both the controller and remote in the package for a complete out-of-the-box experience – no more needing to grab the remote separately!

If you’re wanting to grab the new NVIDIA SHIELD TV, both the base and Pro models are available for [amazon text=preorder over at Amazon starting at $199.99&asin=B01N1NT9Y6].