So it’s begun. Intel’s introduction of low cost chips combined with Microsoft’s improved licencing with their Windows 8.1 with Bing SKU has seen a number of small Windows sticks and boxes starting to appear. Whilst the first seemed to be the Meegopad T01, the PiPO X7 has arrived. Packing a quad core Intel processor and running Windows 8.1 with Bing, how does this box stack up?

Following the MeegoPad T01, the PiPO X7 is an quadcore mini PC using a more traditional “box” form factor. Leveraging Intel’s Bay Trail processor, this all-metal box runs Windows 8.1 with Bing and should have more than enough grunt to handle XBMC. Will this replace the traditional HTPC?

I want to say thanks to GearBest for providing me a sample to review. You can purchase the PiPO X7 from them here (silver) or here (black). Whilst unboxing th3 PiPO x7, I have to say that there isn’t much in the way of inclusions. Inside the box, you get:

I’m accustomed to getting HDMI cables as a minimum but no such luck here. But strangely, I’m not that disappointed. I’m more impressed that I’m staring at a Windows PC that costs less than $100. Opening the box,  I was struck at the size of the device. Whilst not large by any means,  my familiarity with Android boxes and the Meegopad T01 set my expectations for something tiny. That’s not to say it’s big by any means – I’d say that roughly the size of a 7 inch tablet. The device feels solid and its all-metal case gives it the weight and feel like a premium product. The metal case pulls double duty, also acting as a giant heatsink to cool the quadcore Intel processor within.

The front panel of the device is relatively minimalist. A small,  silver power button,  red power light, two USB ports and a headphone jack make an appearance. It’s nice to see a headphone jack on the device, making it feel like a complete PC, rather than just a media player.
Moving around to the back of the box,  we have the bulk of the ports. A large wifi antenna is connected on the rear of the device. Unfortunately,  its not removable like on the PROBOX2 EX but it’s not a big issue. The other ports, from left to right, are 2 USB 2.0 ports, HDMI, 10/100 Ethernet and DC Power. 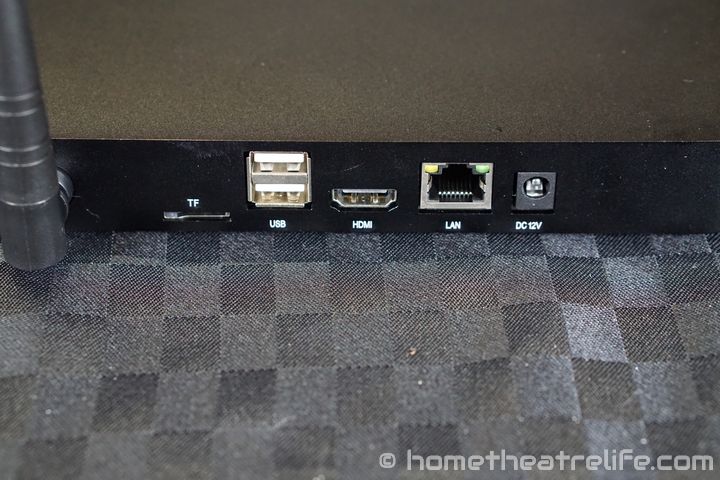 Both sides of the case feature grilled vents arranged in an appealing pattern. 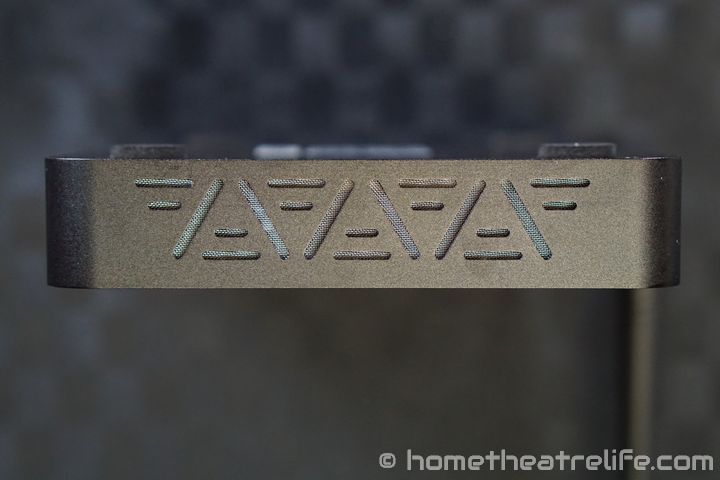 The PiPO X7  comes in both black and silver. I’ve got the black version and I have to say, it’s a nice looking unit. A sleek,  black box, the PiPO X7 looks incredibly minimalist and just blends in with your home theatre equipment. One thing I’m massively relieved about is that the antenna on the black model is black too,  unlike the white that was shown in the product photos. Phew!

After plugging in the box, you need to hold down the power button for a second to begin booting, with the red power light turning on. My TV was recognized as 1080p and the resolution was automatically set correctly.

I had to follow the standard setup process for a Windows 8.1 install – selecting country, naming the PC, setting the timezone, etc. After that, Windows set up the PC which took about 5 minutes. After this, the device rebooted. From this point on, booting was insanely fast – it only takes approximately 12 seconds to get to a usable state! There has been a lot of confusion about Windows licensing on these boxes but I can confirm that my box came with Windows 8.1 with Bing and was activated.

In terms of storage, according to My Computer, the C drive had 19.4 Gb out of 23.5 Gb free after the intial setup. Running Windows Update will reduce the amount of storage available slightly.

Connecting a keyboard and mouse, the PiPO X7 is effectively a standard PC, which is amazing for such a small and economical device. 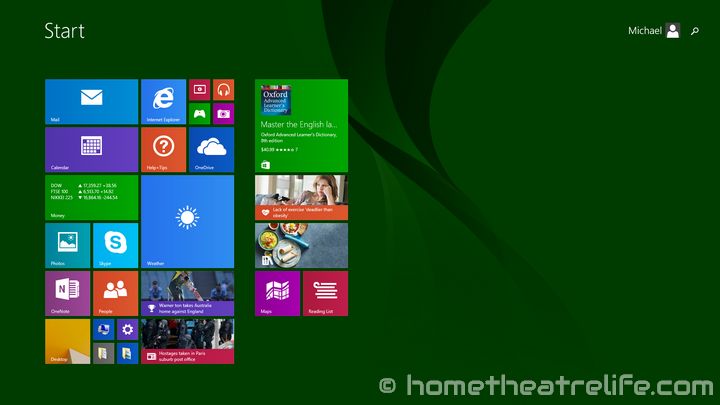 So normally I’d talk about Android launchers and the customization (or lack thereof) here but this is your garden-variety Windows 8.1. No bloatware is included which is fantastic. If you want a detailed overview of Windows 8.1, TechRadar put together this excellent review.

Navigating Windows 8.1 was fluid. I didn’t experience any slowdown when testing the included apps. Web browsing was fast and scrolling was relatively smooth. I also had no issues playing embedded YouTube videos. I’ve included a video of my initial walk-through below:

To test media playback, I installed the latest version of Kodi and played a  number of test videos.

I’ve put together a video showing how well Kodi performs on the PiPO X7:

I was able to connect both a USB thumbdrive and a 2.5″ Portable HDD and play media files off them without any issue.

To test out gaming performance, I installed the Painkiller Overdose demo from 2007. Quite the blast from the past.

I have to say that gaming performance was pretty average, as I expected for this particular. I was able to get playable framerates at 1024×768 resolution with everything turned down to low.

With regards to actual usage, web browsing and watching YouTube videos over WiFi has felt fast.

Ethernet bandwidth was tested using the same procedure as WiFi, with the device connected to a Gigabit Ethernet port. As expected, Ethernet speeds were good. Download and upload speeds were 90.8 Mbps and 89.1 Mbps respectively. 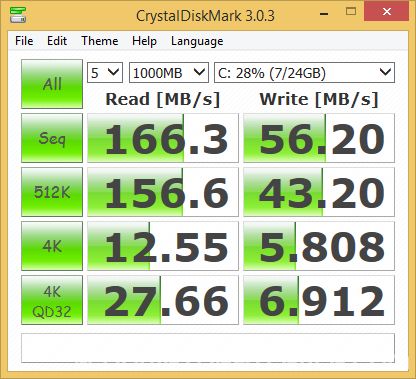 During benchmarking, the device barely felt warm to the touch, suggesting that the case was effectively dispersing the heat. Using an IR thermometer, I measured the temperatures on the top and bottom of the case to be 31.8°C and 34.1°C respectively. Ambient room temperature was 24.6°C.

Power consumption so far appears quite low. During benchmarking, I had a peak power usage of 11W which isn’t much at all. I will update this with more detailed figures as testing continues. When the device is powered off, the adapter still draws 0.5W.

GearBest provided me the sample to to review. You can purchase the PiPO X7 from them here (silver) or here (black).

Alternatively, you can also get the device from GeekBuying here (silver) or here (black), or [amazon text=Amazon&asin=B00SDDTDCC].

PiPO X7
I'm really impressed with PiPO X7. Not only is Windows 8.1 working smoothly, it's also correctly licensed which has been a concern from a number of people. The build quality is excellent, although I do wish more focus was placed on cooling.This box is definitely worth the $100, even networking performance was average as its easy enough to add a USB WiFi or Ethernet dongle.
Pros
Cons
8.4