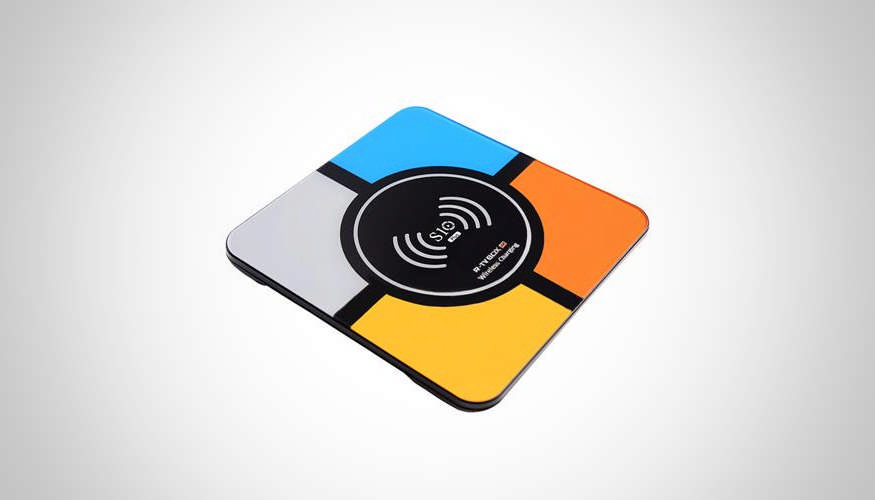 There’s no end to the strange things TV box companies will do to stand out among the competition but the R-TV Box S10+ is the first Android TV box I’ve seen to sport a wireless charger.

The entire top of the R-TV Box S10+ features a wireless Qi charger, allowing you to charge your smartphone without any wires. It can output up to 10W, which is enough to charge Qi-compatible smartphones including the iPhone X and Samsung devices.

That said, with most Android TV boxes sitting next to your TV or inside an AV rack, it may not be in the most convenient place to place your phone but who knows.

The rest of the specs are fairly strong. The box is powered by the quadcore Rockchip RK3328 processor that offers good media playback capabilities (though gaming is probably poor). HDMI 2.0 and HDR are supported which is a plus for those with compatible TVs.

It also has a generous 4GB of RAM and 32GB of eMMC storage (expandable via SD cards) which should be plenty for installing your favorite Android apps and games. Connectivity is a little average however, with only 2.4GHz wireless b/g/n and 100Mbps Ethernet. That’s more than enough for 1080p streaming but 4K or high-bitrate videos may be a problem. Bluetooth appears to be missing, with the company opting for a 2.4GHz wireless remote included in the box instead.

In terms of ports, you get 1 high speed USB 3.0 ports and three USB 2.0 ports for connecting USB storage or accessories like an air mouse, as well as composite video out (though you’ll probably need an adapter).

If you’re wanting to pick one up, the R-TV Box S10+ is available to preorder from GeekBuying for around $79 with free shipping with orders expected to ship in the next two weeks.

iPega PG-9087 Gamepad Transforms Your Smartphone into a Switch