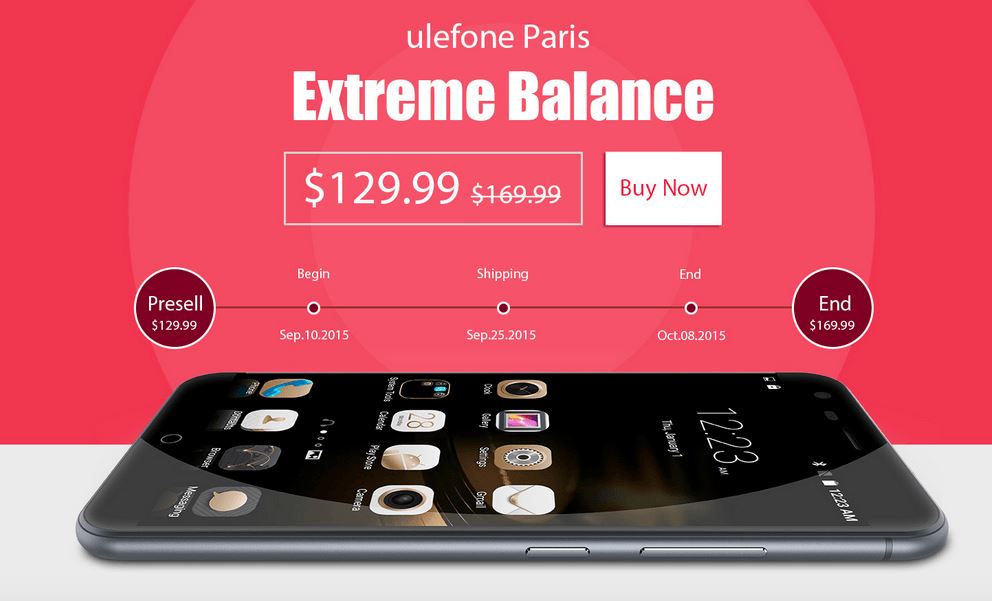 Pre-sales for the Ulefone Paris, Ulefone’s latest smartphone have just begun. For a limited time, you can pick the the smartphone for $129.99, which is pretty heavily discounted from the $169.99 RRP.

The Ulefone Paris comes with an impressive set of specs for its $129.99 pricetag. The budget smartphone features a 5-inch 1280×720 IPS display, 2GB RAM, 16GB of storage, 13MP Rear Camera and a 5MP Front camera. The device is powered by the octacore MediaTek MTK6753 which should provide plenty of grunt for Android 5.1, whilst the device’s metal frame is an impressively thin 8mm.

Orders are expected to ship on the shortly after the 20th of September. You can pre-order the Ulefone Paris from GearBest, GeekBuying, PandaWill and CooliCool.

You can see the Ulefone Paris in action below:

Mlais Reveals an Android Wear Smartwatch of their Own