UGOOS are releasing a new Android box called the UT3S. Based on the Rockchip RK3288 chipset, it inherits its older brother’s case whilst making some tweaks. How does it compare to other devices in this class? Looking at the device, you’d be hard to tell the difference between the the UT3S and its predecessor. However, there are some subtle changes. Gone is the HDMI In feature and in exchange, we receive an additional USB 2.0 port. Heat was somewhat a concern with the previous model too so a fan and radiator has been added which should assist cool operation during heavy loads. 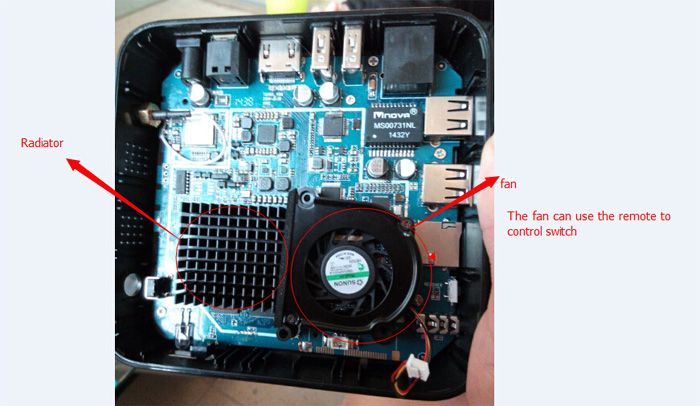 The UGOOS UT3S comes in two variants – a model with 2GB of RAM and 16GB of internal storage and a second model that ups the RAM and internal storage to 4GB and 32GB respectively. There aren’t too many boxes offering 4GB RAM so it’s nice to see it’s inclusion here.

The UGOOS UT3 became popular thanks to its support of Linux on its newer firmwares and it seems that the UT3S continues this tradition, with Ubuntu 14.10 supported out of the box. Google Play will come preinstalled.

Interestingly, the spec sheet that I’ve seen mentions HDMI 2.0 compatibility but we’ll have to wait and see.

I’ll be curious to see how this box performs in both Android and Linux so I’ll definitely be trying to get my hands on one for you.

If you’re interested in getting one for yourself, GearBest are currently offering them for presale in the 2GB/16GB and 4GB/32GB variants. Use our exclusive coupon “UT3S” to get the UGOOS UT3S models for $129 and $169 respectively.

What do you think of the UGOOS UT3S? Are you saddened by the loss of HDMI In? Let us know in the comments below