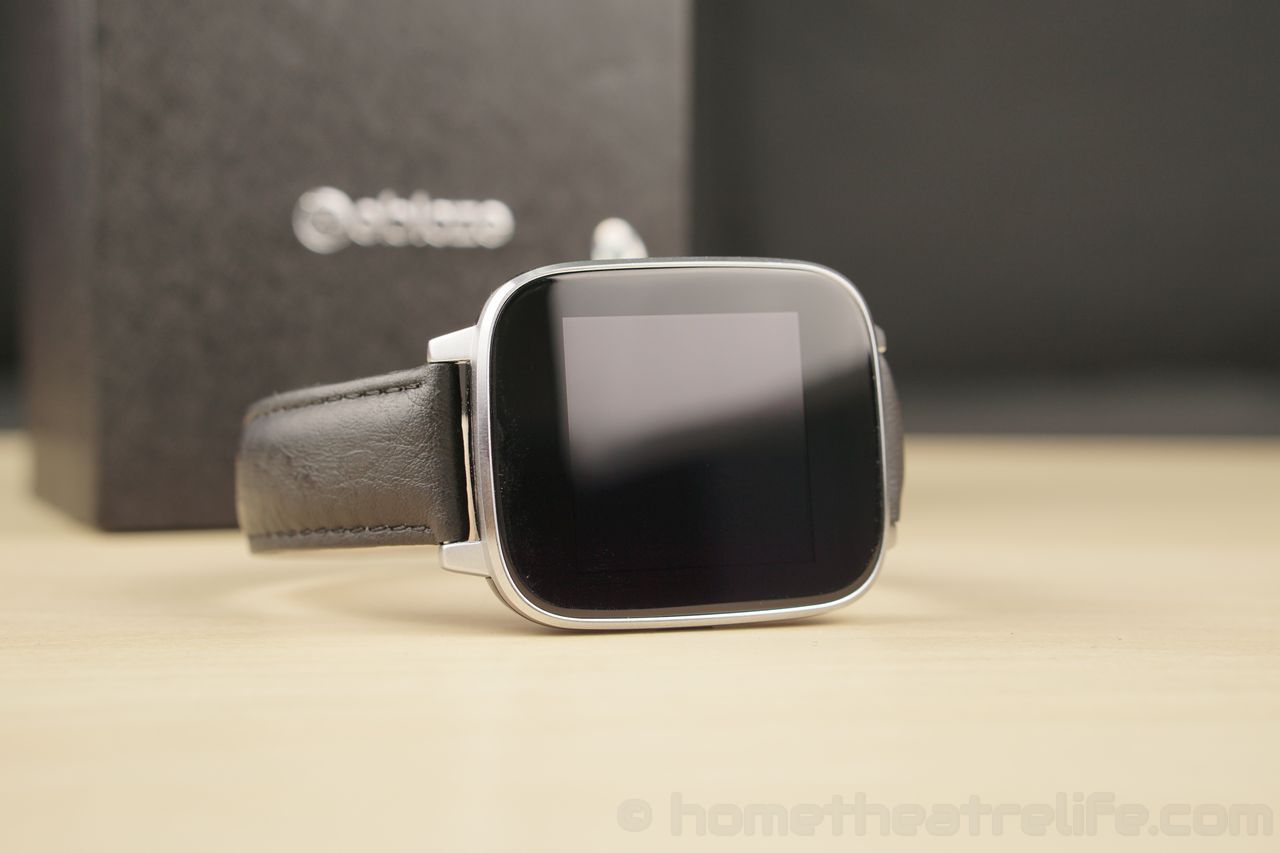 I want to say thanks to GearBest for sending me a sample to review. They’re currently running a promo to get the Zeblaze Crystal for $64.99.

The Zeblaze Crystal is perfect for those who want a stylish smartwatch that allows them to read notifications, snap photos and answer calls – particularly if your budget’s tight. 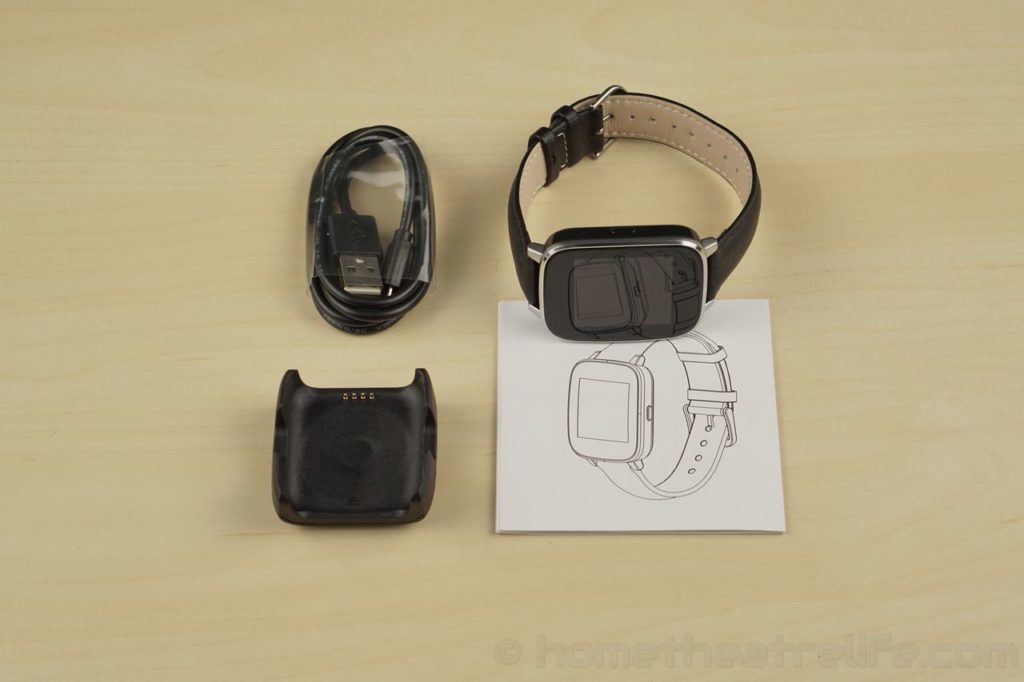 The Zeblaze Crystal comes with the basics:

There isn’t a USB charger but it’ll charge from any standard USB port so this isn’t really an issue, particularly given the unit’s price.

The Zeblaze Crystal is definitely a great looking smartwatch.

The Crystal’s body is two toned, featuring a stainless steel bezel and black underside. There’s also a white and rose gold variant available if that’s more to your taste.

The 1.54-inch screen is nice and big, although the bezels are on the large side. There’s a slight curve to it which allegedly helps improve the viewing angle of the screen. The edges are nicely rounded too, giving the whole device a very stylish look. I found the screen to be impressively bright, even at lower brightness settings and I didn’t have any issues seeing the watch in full sunlight.

The included leather band is nice and soft, with a subtle textured look and a metal clasp to hold it together. It’s pretty narrow though at 10.9mm so trying to find a replacement band might be a challenge. I wish there was a stainless steel band available but that’s just my personal preference. In terms of ports and buttons, there’s a speaker and microphone on the left side and a button to wake the watch on the right.

The heartrate monitor and charging pins are located underneath the watch itself. The charging cradle is basic, holding the watch in place with clips rather than the awesome magnetic attachment seen with the No.1 Sun S2. It’s pretty foolproof though as the smartwatch won’t lock in place if its inserted correctly.

After charging the watch for 30 minutes, I was ready to roll. Holding down the watch’s sole button boots it up in a fraction of a second.

The UI looks great, with brightly colored icons on a dark background. Those wanting something a bit darker can swap it out for a minimalist orange and black color scheme that I love. Navigating through the UI is a matter of swiping up or down through pages of apps. A quick right swipe will take you back through the menus. It’s intuitive once you get the hang of it.

Speaking of swiping, the touchscreen is pretty responsive with missed swipes being relatively rare.

So how good are the watch faces? Well, they’re generally pretty good, covering the gamut from classic to modern. There’s at least 6 included, including both analog and digital variants, so there’s bound to be something you’ll like. One of the watchfaces allows you to customise the wallpaper from 3 different options which is nice, but the inability to set your own image feels like a missed opportunity. Viewing them is also a piece of cake, with the watch automatically turning on when raising it up to view it. Using the Zeblaze Crystal with your smartphone is just a matter of pairing the smartwatch up with your phone and selecting the right smartphone app.

For Android users, you can scan the QR code on the smartwatch itself and select one of several compatible apps such as FunDo Smartwatch. iOS users can install the MediaTek Smartwatch app from the App Store.

As a user of both iOS and Android, I was pleasantly surprised that the Zeblaze Crystal actually paired to my iPhone 6 via the MediaTek smartwatch app. This refused to work when I reviewed the No.1 Sun S2, which severely limited its use for iOS users.

When paired, I was able to receive notifications, sync steps to Apple HealthKit, and even take photos by using the watch as a remote shutter button.

Unfortunately, iOS notifications are an all or nothing affair. As with the [amazon text=Pebble Smartwatch&asin=B00BKEQBI0], iOS doesn’t offer a way to filter notifications apart from turning them off altogether, so prepared to get alerts for everything on both your phone and your wrist. It’s frustrating but it’s Apple’s fault, not Zeblaze’s. 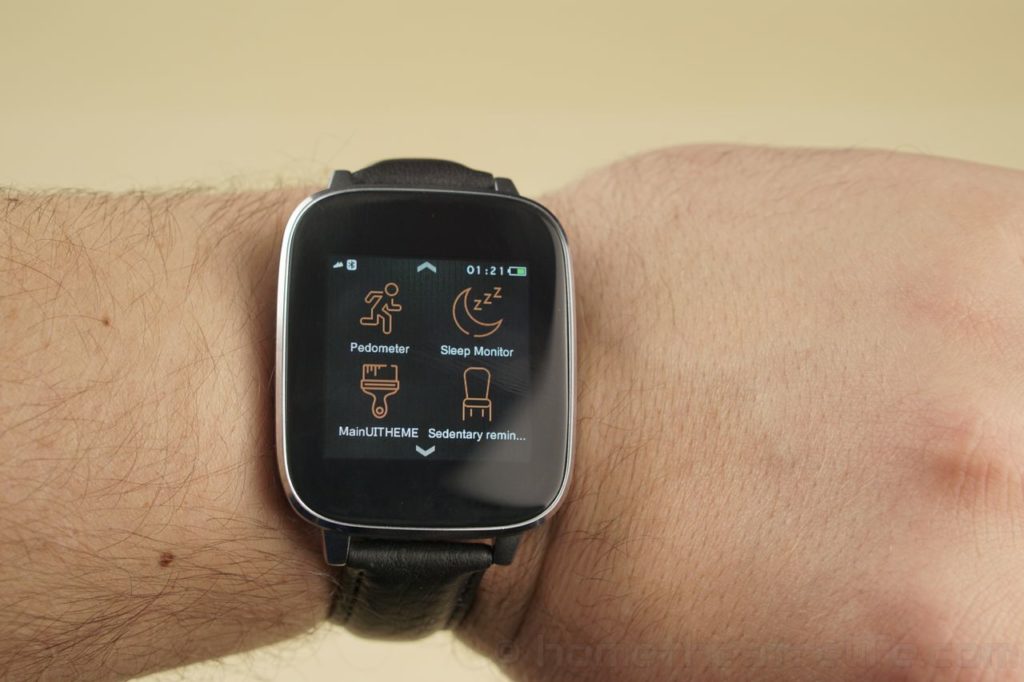 Android users get far more power. Thanks to Google’s open OS, Android users can choose which apps can push notifications, read and respond to messages, and automatically launch the camera from the watch. It’s a much more impressive package.

Both Android and iOS users can place and receive calls, view missed call lists and browse your contacts.

The sheer amount of apps included is impressive, fluctuating from the genuinely useful to borderline novelty. Apps such as the stopwatch, alarms, and remote shutter are really useful. I found myself using them all the time. 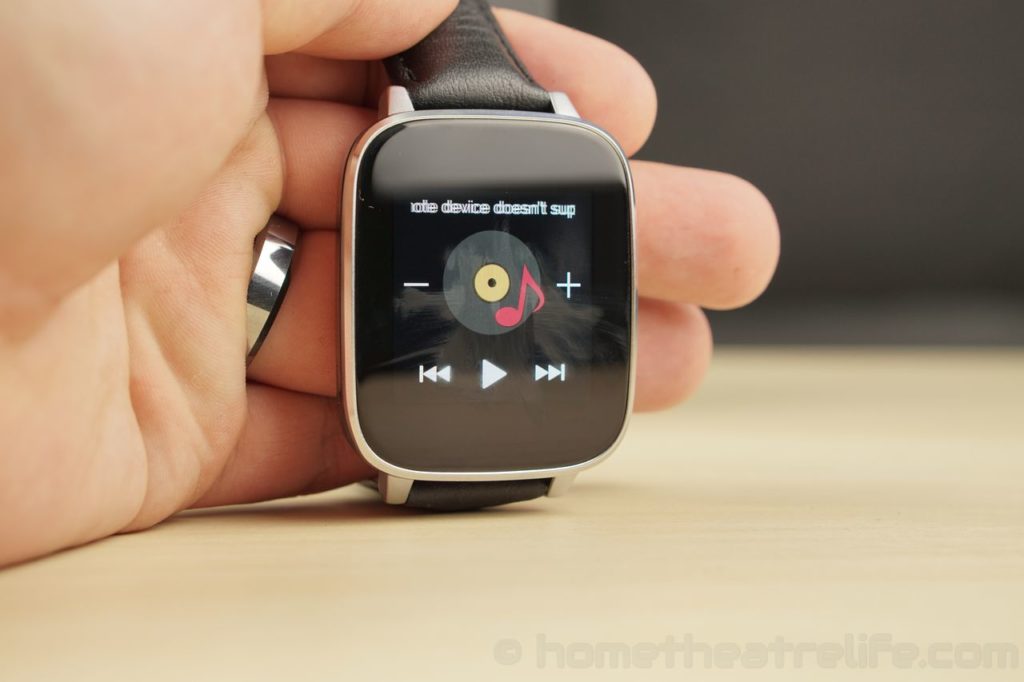 Others like the sleep monitor weren’t so handy. I tried sleeping with the Zeblaze anchored to my wrist but ended up taking it off after 5 minutes. It was just too uncomfortable to sleep with.

The Zeblaze Crystal’s heartrate monitor was actually reasonably accurate, as long as you remain still. Comparing it to a few heartrate monitors, the results were always almost identical which is excellent. 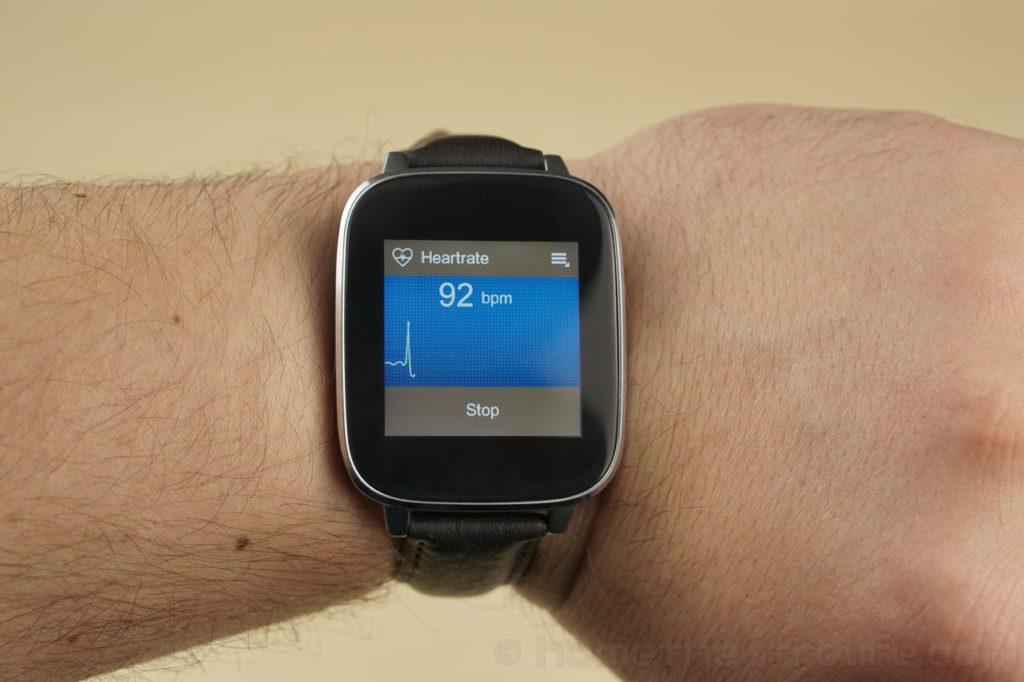 The pedometer was also surprisingly accurate, with it being within a 100 steps of my [amazon text=FitBit Zip&asin=B0095PZHZE]. It’ll even run in the background and automatically reset at midnight so it’s a set and forget affair. I’m loving the novelty of taking a call on my wrist and thankfully, the Zeblaze Crystal’s speaker and microphone are up to the task. Audio was nice and clear for both parties, although I wish the speaker was louder as I had a few situations where background noise drowned out the caller.

I was pretty impressed with the battery life of the Zeblaze Crystal. With motion activation switched on, I still managed to get around 2 days of battery life which is pretty respectable, outperforming the [amazon text=Apple Watch&asin=B00WUKULAC]. Tweaking some of the settings may even allow you to eek out a bit more time. 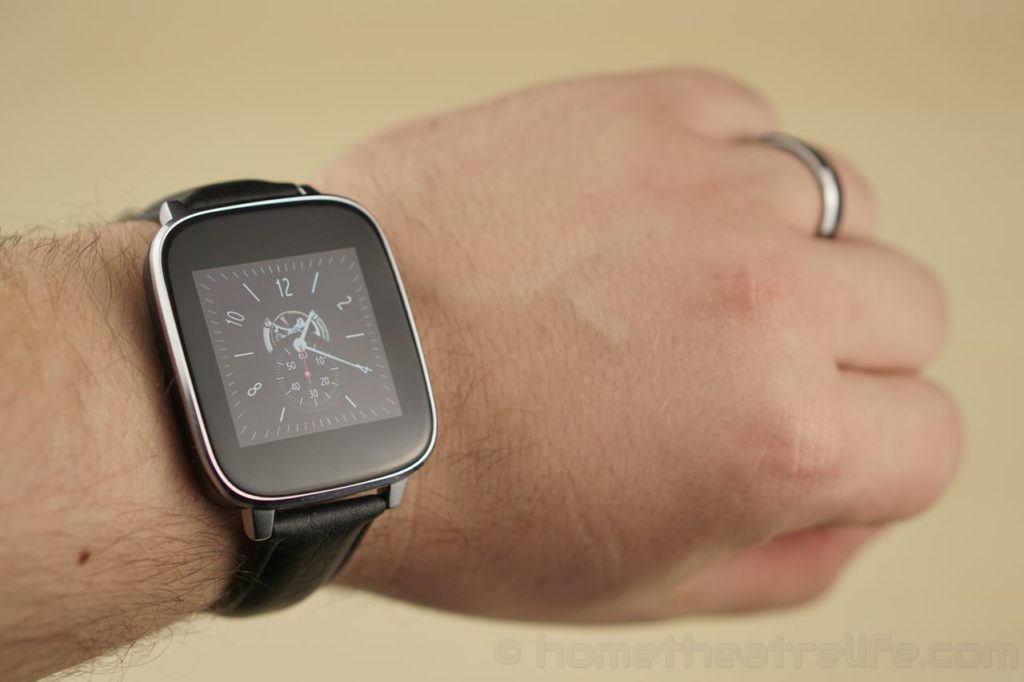 The Zeblaze Crystal is an impressive package. There’s plenty of great features, a stylish design and compatability with both iOS and Android is a massive plus.

I would have liked to see a stainless steel band and the ability to add more watchfaces or even your own wallpaper. However, these issues are minor when the rest of the unit works so well. I can definitely recommend the Zeblaze Crystal for those looking for a new smartwatch.

The Zeblaze Crystal is available from GearBest for $64.99 for a limited time, which is amazing value.

Zeblaze Crystal
The Zeblaze Crystal is a fantastic option for those looking for a stylish and functional smartwatch that punches way above its pricetag.
Pros
Cons
8.8

2 thoughts on “Zeblaze Crystal Review: A Stylish and Functional Smartwatch”