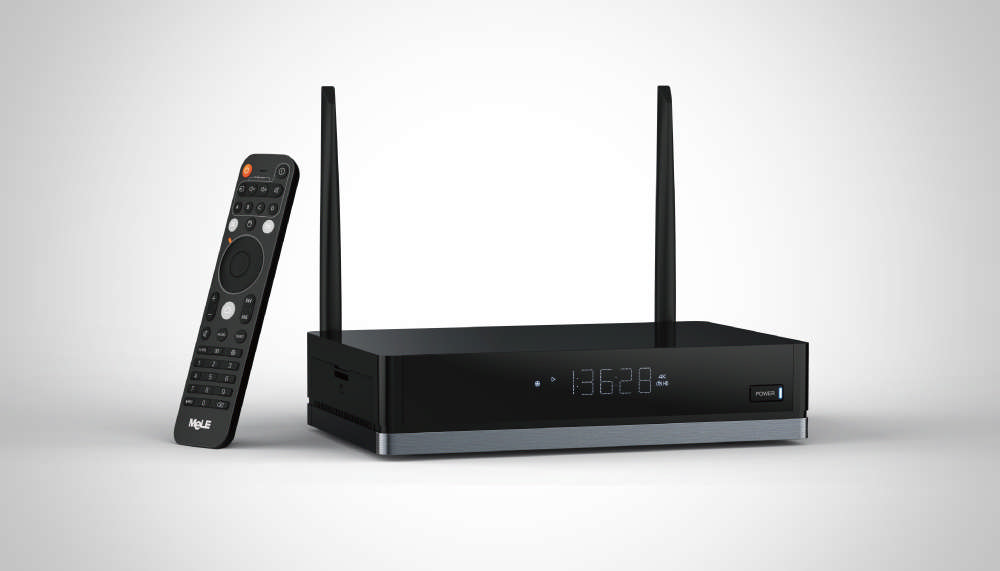 The MeLE V9 is the company’s latest Android TV box worn an impressive array of features including HDMI In and a 3.5″ hard drive bay for massively increasing your storage.

The MeLE V9 is powered by the quadcore Realtek RTD1295. That’s the same processor we’ve seen in devices such as the Zidoo X9S.

The 3.5” SATA HDD bay allows you to install a standard desktop hard drive for a massive boost in storage. You can add up to 3TB of storage this way.

The MeLE V9’s HDMI In port will allow you to view connected devices using Picture-in-Picture (PIP) and record too. There’s also an LED display that will show the time and other info. The marketing material seems to suggest that it’ll show when 4K and DTS:HD content is being played which is definitely interesting.

The chipset features HDMI 2.0 for high frame rate 4K content, in addition to HDR for a wider range of colors on supported displays.

Dolby Digital and DTS:HD passthrough and downmixing are also supported.

The MeLE V9 is available from their official AliExpress store for around $150 – 25% off for a limited time only.