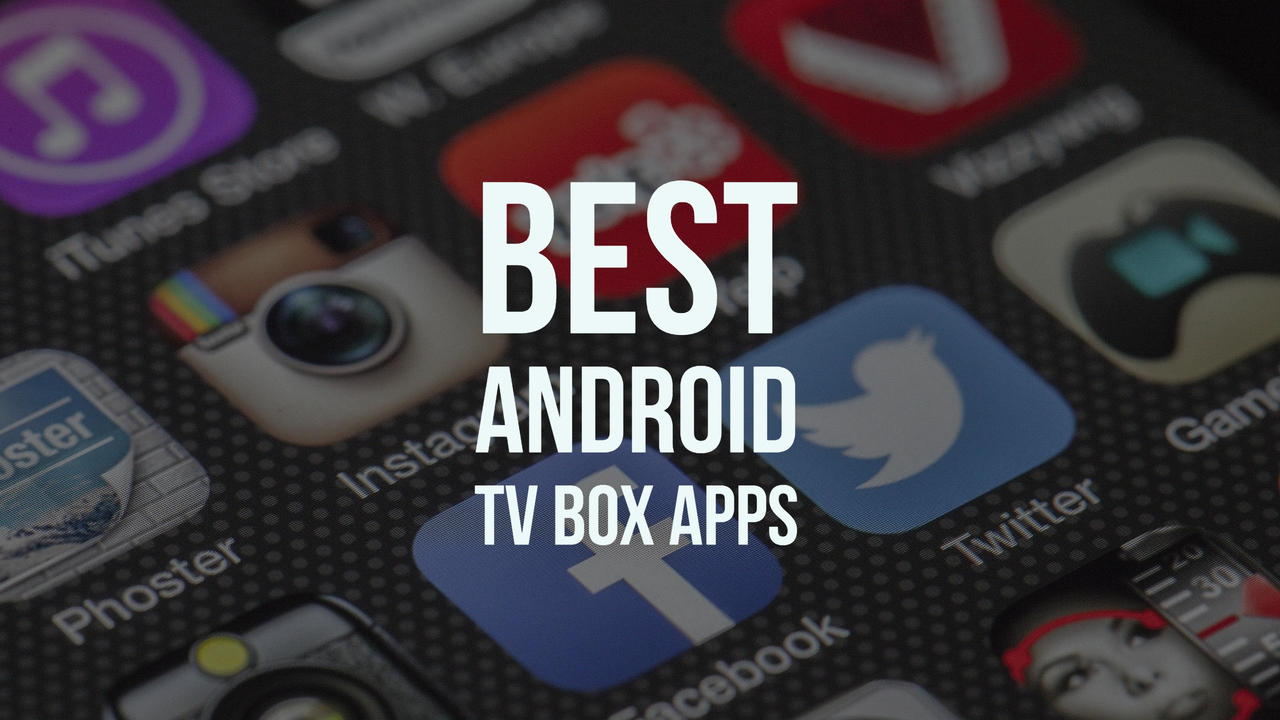 If you’re looking for the best Android TV apps for your new streaming device, you’ve come to the right place!

There’s nothing worse than getting a brand new gadget, opening it up and getting stuck on where to start.

When you get your shiny new Android TV box, you’ll want to install the best Android TV box apps around so you can hit the ground running and get the most out of your investment.

I’ve pulled together a few of my “must have” Android apps for your TV box. These apps span everything from media players to gaming, offering you hours of entertainment.

Let’s get into it.

Kodi, everyone’s favorite media center app, is a must have on any Android TV box so it’s a no surprise that it’s made my “Best Android TV Box Apps” list.

Kodi handles almost everything related to multimedia. Whether it’s playing movies or providing an attractive interface for browsing your music collection, Kodi has you covered.

There’s also an impressive array of add-ons that cover everything from gaming to media library management to streaming.

Kodi should be the first thing you download on your Android TV box.

If you’re wanting a step-by-step guide to getting Kodi up and running, check out my extensive Kodi setup guide.

Unless you’ve been living under a rock for the last few years, you should know about Netflix.

Widely considered the leading video streaming service, Netflix offers a wealth of movies and TV shows that can be streamed with the press of a button.

Netflix offers a free 30 day trial to get a feel for the service, so it’s definitely worth checking out.

I’ve been a long time subscriber and use it far more than I probably should!

Offering a variety of movies and TV shows for on-demand streaming, including a number of exclusives, Prime Video is incredibly popular.

This is no doubt in part due to the exceptional perks that come with Amazon Prime such as free 2-day shipping, Prime Music streaming, unlimited photo storage and more.

Amazon offer a free 30-day trial of Amazon Prime so you can get a taste of what’s on offer. It’s definitely worth a look, particularly if you regularly buy from the retail giant.

If you love retro gaming, you can’t go past Retroarch.

Retroarch packages a number of number of emulators (called “cores”) for popular consoles such as the PlayStation and Super Nintendo into an attractive user interface.

You’ll need to bring your own games along (don’t ask where to get them from) but once it’s all up and running, hook up a Bluetooth controller like the [amazon text=Gamesir G4S&asin=B01HNXGKT6] and enjoy some of that sweet retro gaming!

Much like Kodi, Plex holds a special place in the hearts of media enthusiasts hearts.

Originally starting as a fork of Kodi, Plex has become a beast of its own. The app offers a comprehensive media player in addition to tight integration with Plex Media Server, DLNA media software that handles everything from Library scraping to video transcoding.

There’s no denying that Minecraft has become a phenomenon so it’s not surprising that I’ve included Minecraft Pocket Edition on my “best Android TV box apps” list. It’s hard to go anywhere without coming across Minecraft in one form or another.

Minecraft is a great way to lose a few hours. Everything from building your own house to fighting off creepers makes for an entertaining experience – though some will be put off the opened ended nature of the gameplay.

The mobile-optimized version for Android doesn’t have quite as many features as the PC version, though the gap shrinks with every new release.

The internet is a dangerous place and with the growing importance of mobile devices in our lives, it’s no surprise that Android has become a target for malware and viruses.

From a virus scanner to a vulnerability scanner to identify possible weaknesses, Avast will keep you safe.

File management is an important part of any PC and the open-source Amaze File Manager comes with an impressive range of features for free without some of the bloat found in the now-removed EStrongs’ ES File Explorer.

Amaze File Manager packages a powerful file manager with whole host of other useful features such as an FTP server for easily transferring files to your Android box and an App Manager to allow you to back up your installed apps.

Whilst it does lack some of the fancier features of its competitors, it’s free and as useful as ever and is one of my must-have Android TV box apps.

Are there any apps that should have made my best Android TV box apps list? Let me know in the comments!