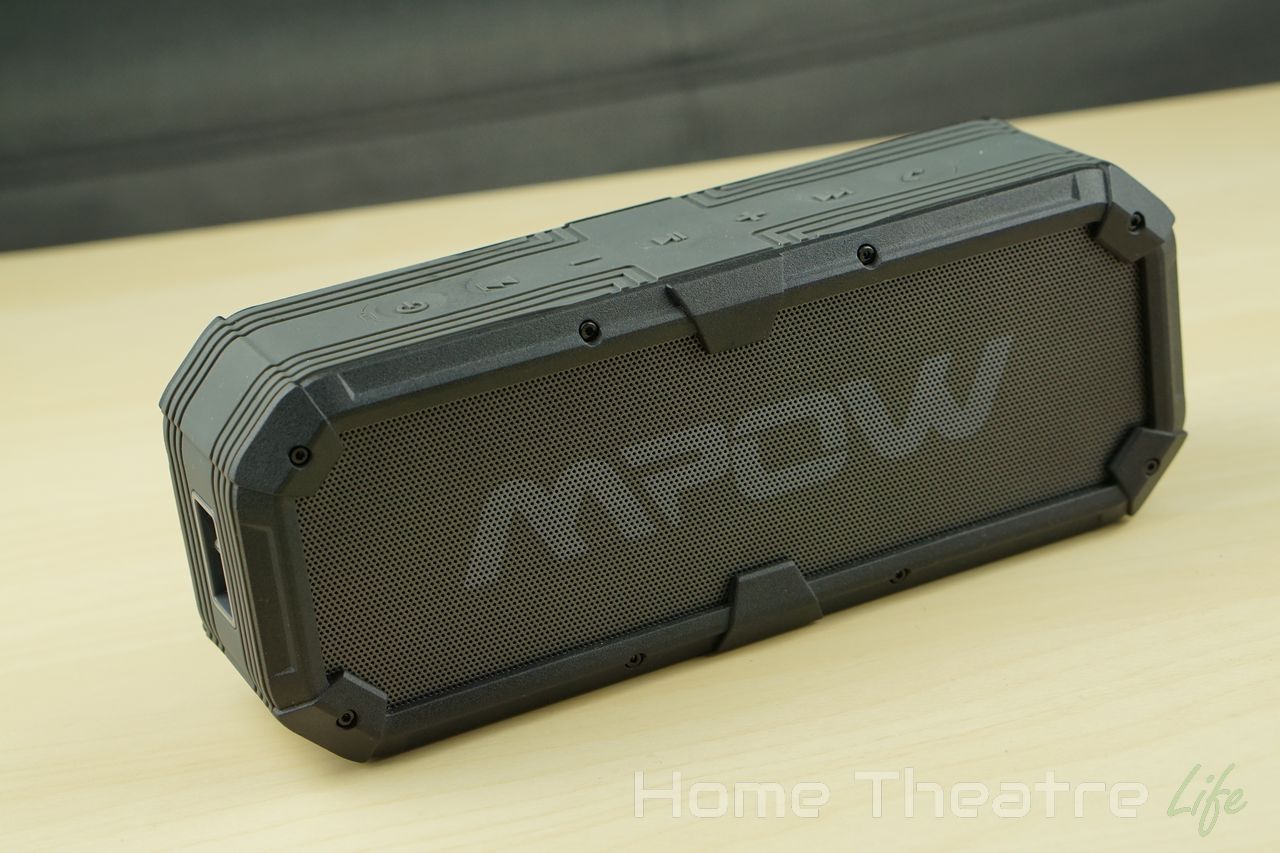 The Mpow Armor Plus is an incredibly rugged Bluetooth speaker packing dual 8W drivers, a subwoofer and aux in. It certainly looks the part, but how does it sound? Read our Mpow Armor Plus review to find out! 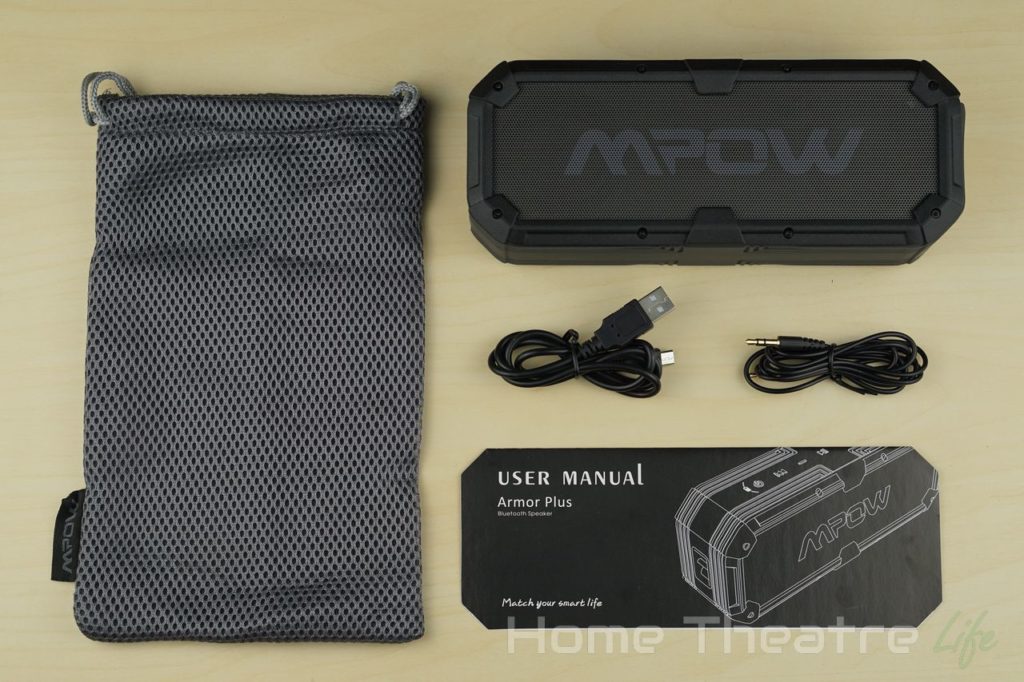 Mpow have included an good set of inclusions in the box:

There’s no power adapter in the box, but the Mpow Armor Plus charges via micro USB so pretty much any USB charger should do the job.

Taking the Mpow Armor Plus out of the box, you’re struck by just how militaristic this speaker is. The whole unit’s a stylish gun-metal grey, with strong geometric features. From its chunky style to dark colour scheme to geometric angles and exposed screws, this unit looks ready for battle. I love it. 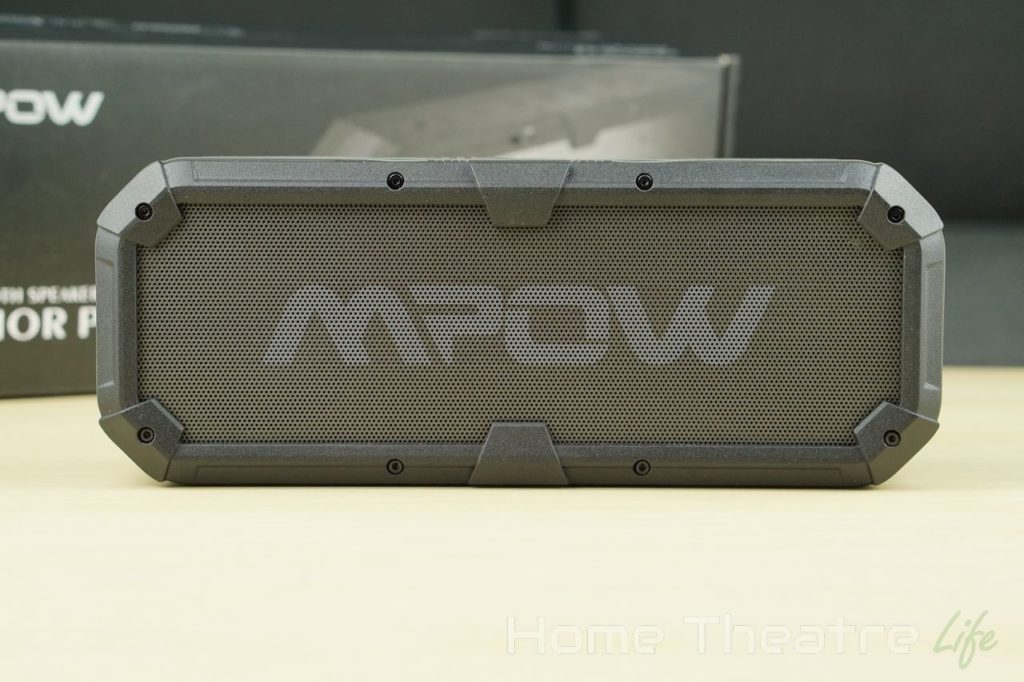 The whole body of the unit is covered in thick silicone to protect the unit, including the buttons. The buttons are embossed into the rubber, protecting the electronics from dust and water. There’s all the key buttons here, including power, skip tracks, volume controls and a button to answer phone calls. 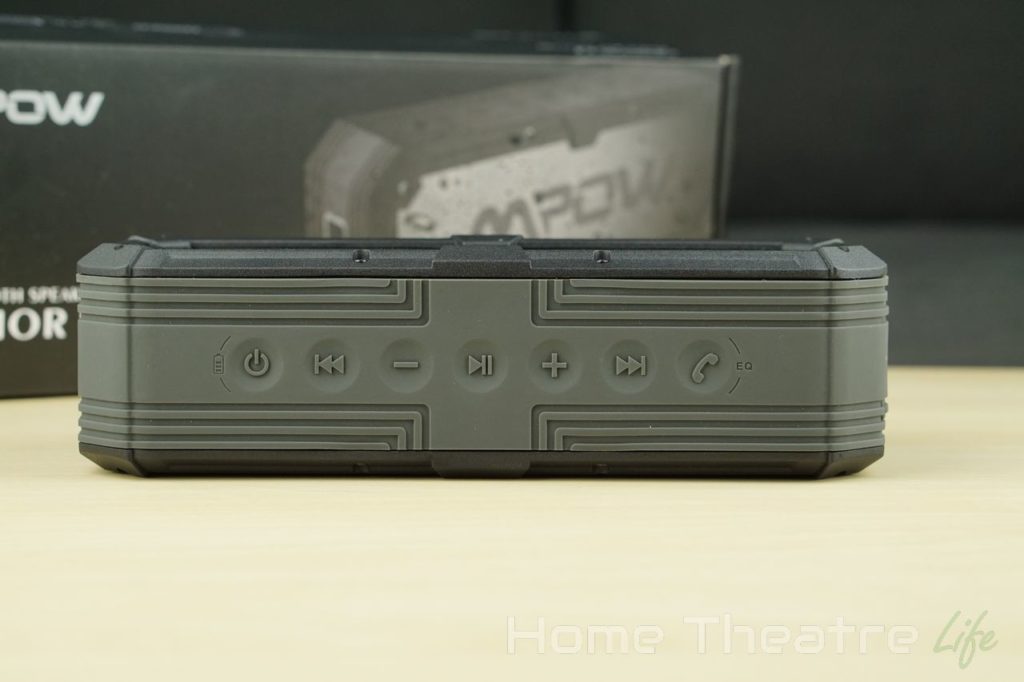 The unit is dominated by the massive metal speaker grills on the front and rear and surrounded by a chunky plastic frame. There’s a massive Mpow logo on the front of the unit. A rubber flap on the right side hides the unit’s micro USB and aux in ports. 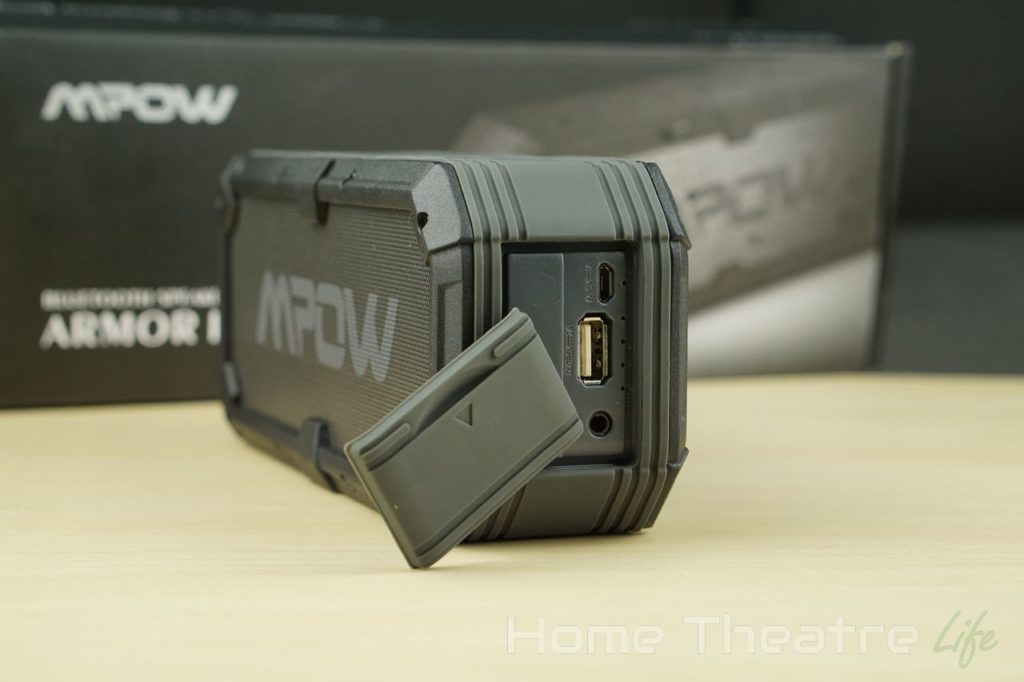 The unit’s heavy, weighing in at a hefty 1.3kg, though that’s not surprising given the large battery and rugged design. It’s not the most portable Bluetooth speaker but that’s not what it’s designed for. It’s designed to be placed somewhere and be ready to take a beating, like on in the outdoors or on a building site.

The unit feels well-made and, whilst I wasn’t willing to try to beat it to the edge of death, it had no issues surviving a few waist high drops with only minor scratches.

Mpow Armor Plus Review: Using It

Holding down the power button for a few seconds boots the speaker into pairing mode. Simply pick the Mpow Armor Plus from your smartphones Bluetooth menu and you’re ready  to go. The speaker will reconnect automatically to the last paired device quickly. 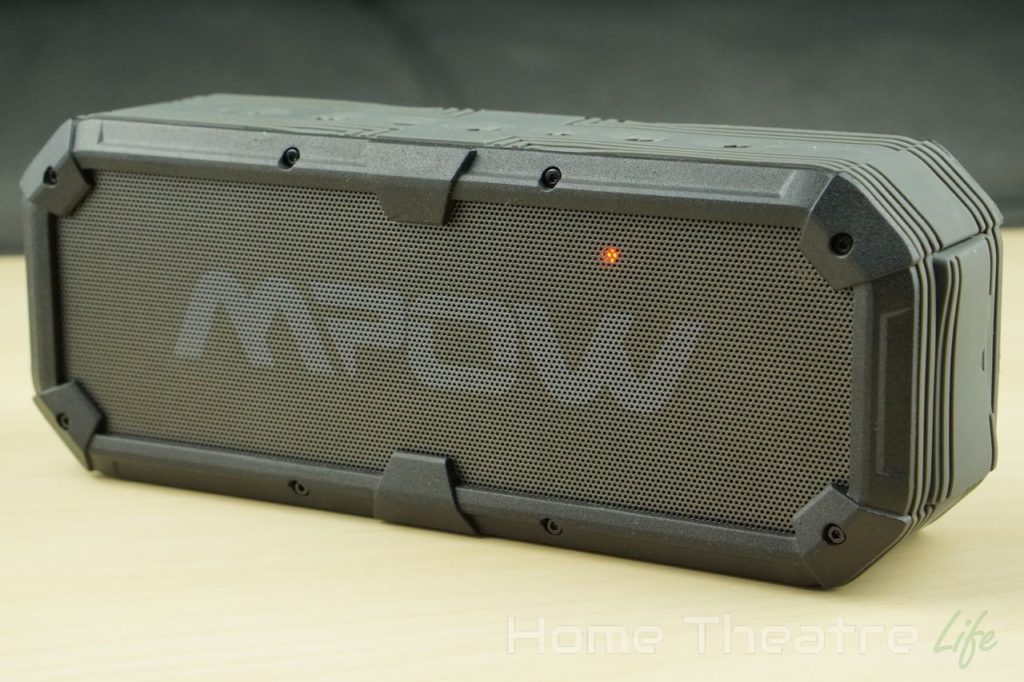 Speaking of pairing, there’s handy spoken cues for turning on the unit and pairing. However, the “Power On” cue always starts a fraction of a second into the sound clip. It doesn’t affect usage at all but it sounds odd and is a disappointing oversight.

Music playback can be controlled via your smartphone or the onboard controls, allowing you to pause or skip tracks easily. 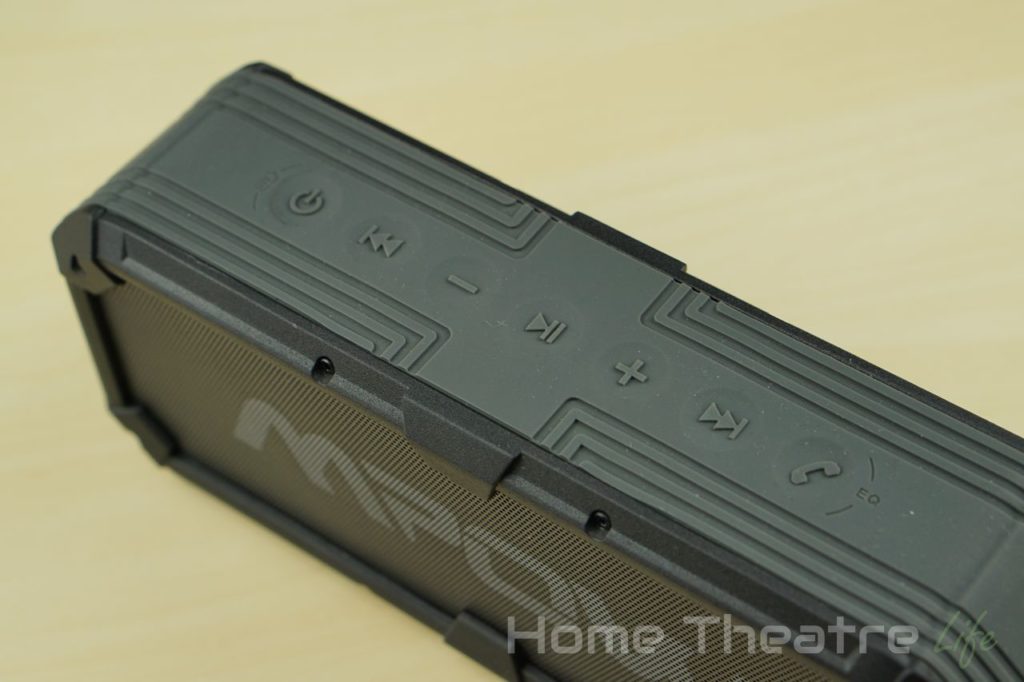 Audio volume on the speaker is separate from that on the phone so by maxing out the phone and speaker volume, you can achieve some serious volume thanks to the unit’s dual 8W drivers.

Behind the thick rubber flap is the 5V 2.1A USB port that can be used for charging your gadgets. Whilst I replace a dedicated power bank with the Mpow Armor Plus, the feature is definitely handy if you’re away from a power outlet – like out camping. 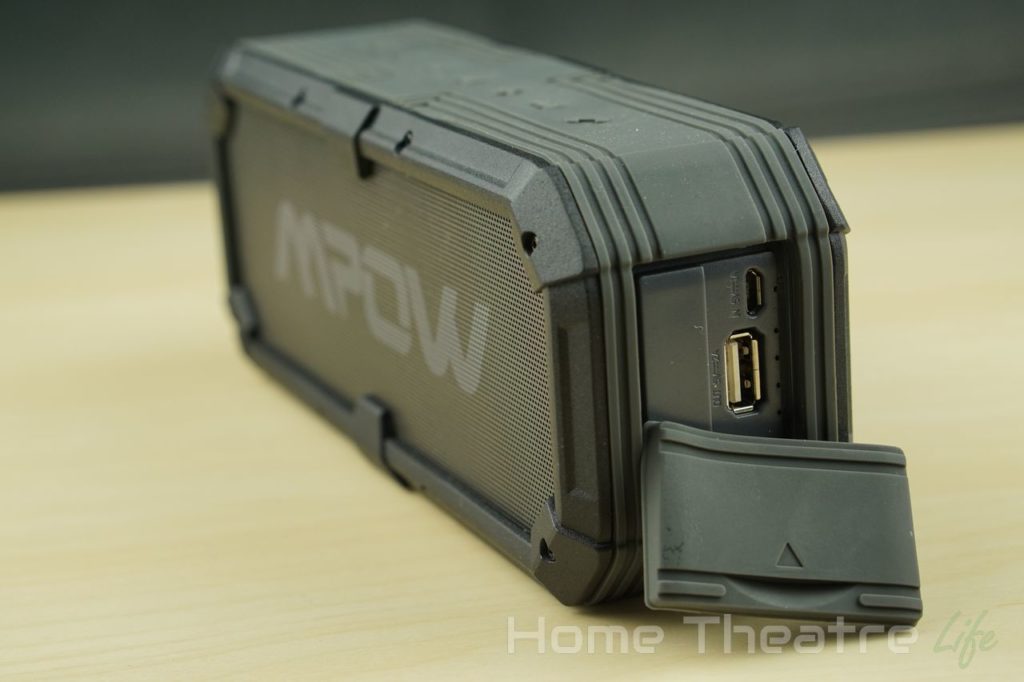 The Mpow Armor Plus is water resistant but not waterproof. It’ll handle splashes fine but don’t submerge it unless you want a dead speaker.

Battery life was good. I was easily able to get around a week of regular use so Mpow’s 22 hour estimate seems about right.

Sound quality is a mixed bag. When I initially tested out the speaker, I thought it sounded pretty average.  However, later found out there’s actually two audio modes, indoor and outdoor, that sound drastically different. 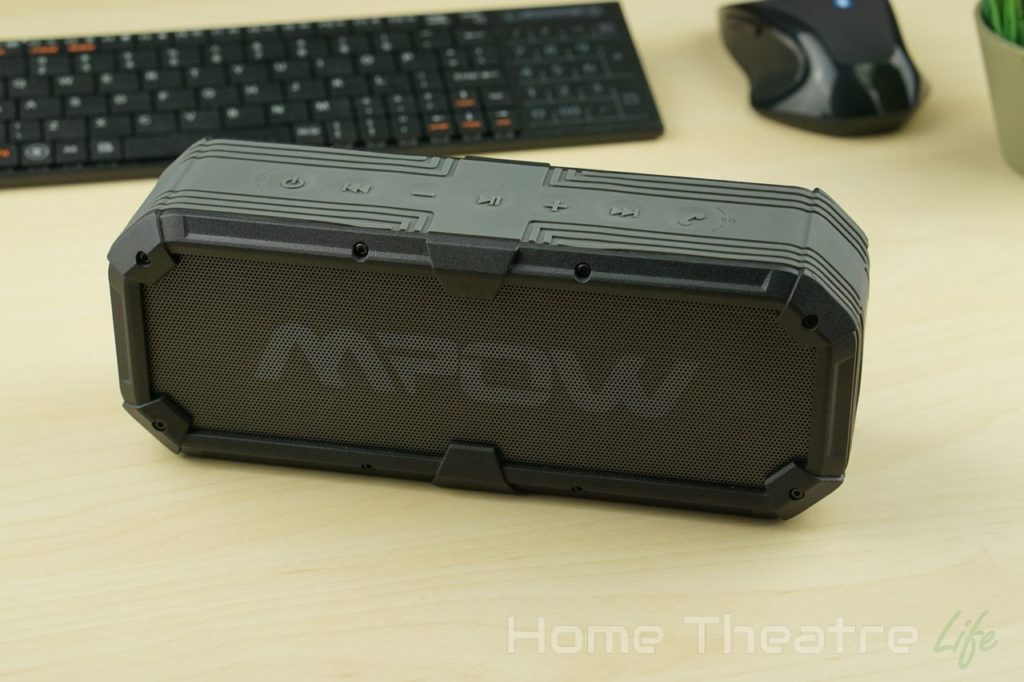 The speakers outdoor mode (seemingly the default mode out of the box) prioritises bass over everything else. Music sounds muddy, with subtle elements drowned out by the units surprisingly powerful lows.

This seems to cause an odd fluctuating volume effect, with treble -centric passages appearing louder than those demanding more bass. 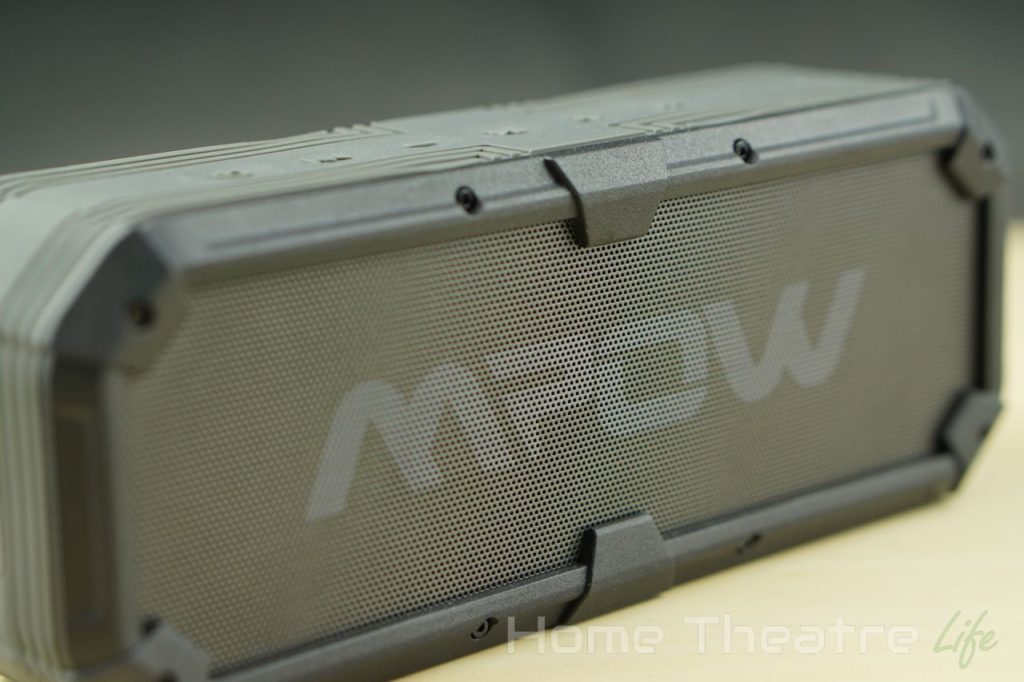 Thankfully, pressing the phone button toggles  the unit into indoor mode. There’s no way to tell which mode you’ve changed to, as a genetic thunk only alerts you that you’ve changed modes. 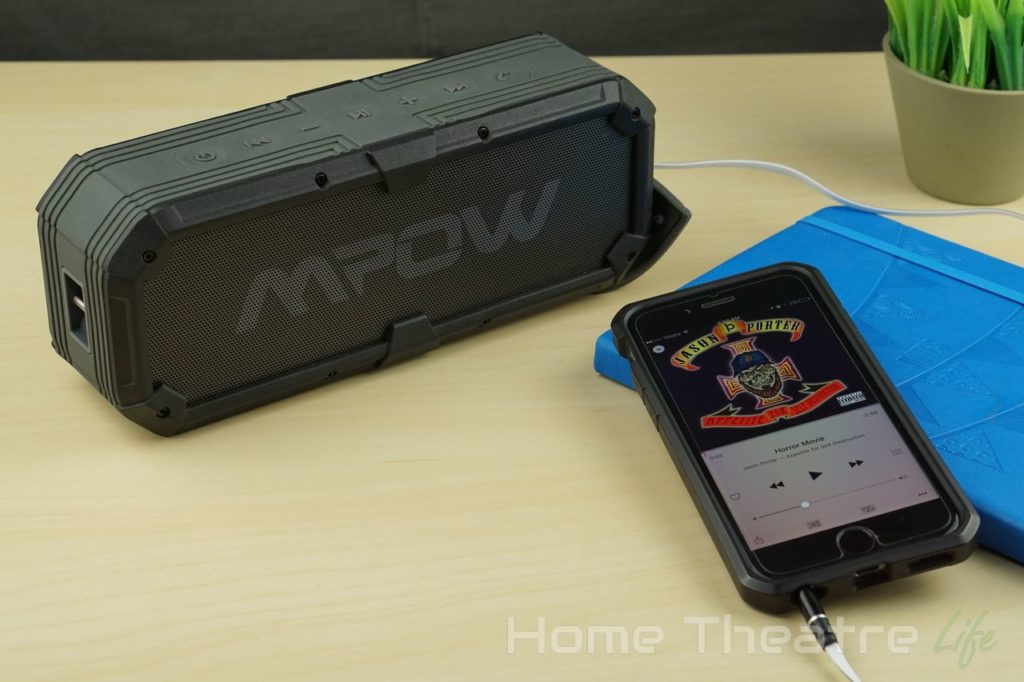 Thankfully, there appears to be a memory mode so it’ll stay in the same audio mode when you turn on the speaker next time.

In terms of volume, the Mpow Armor Plus it’s capable of some serious volume, easily filling a medium to large room with music.

I didn’t notice any clipping or distortion during testing, even at maximum volume which is a massive plus.

I wouldn’t recommend using the Mpow Armor Plus as a handsfree device, despite it’s built in microphone. Audio quality is fine for recieving a call, with the audio being loud and clear enough. 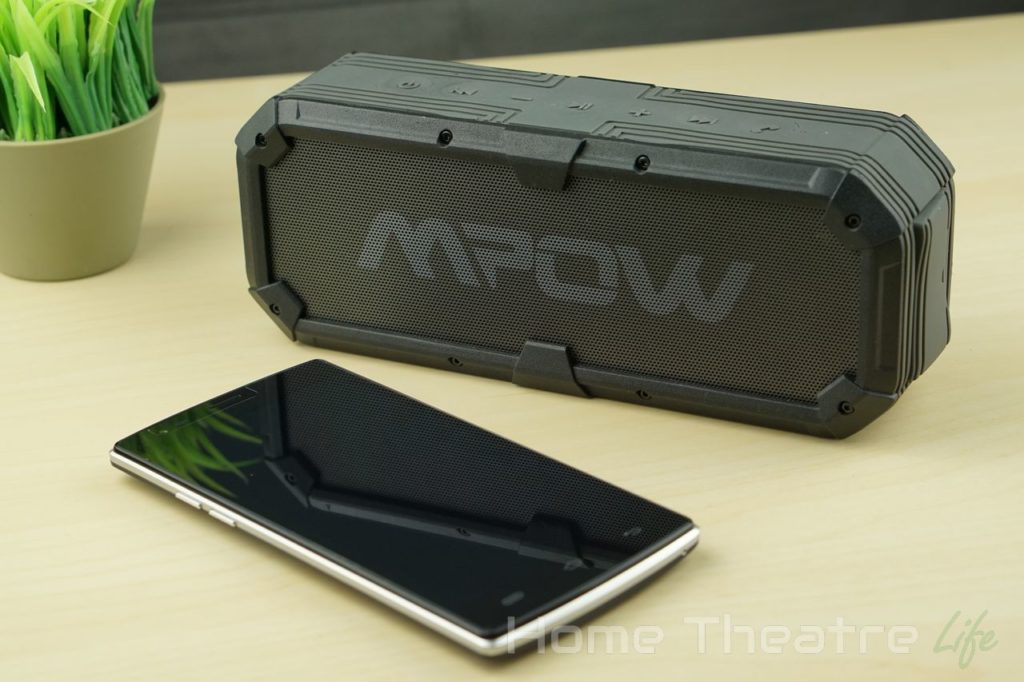 The Mpow Armor Plus has me conflicted. From an purely audiophile perspective, it’s pretty average – not amazing but not terrible. However, the Mpow Armor Plus is a decent speaker that definitely handles the “Armor” part of its namesake well.

If you’re wanting a speaker that you can throw around and can pump out plenty of volume and bass, the Mpow Armor Plus is a respectable option. Those looking for a solution for listening to music around the house should consider other alternatives.

The Mpow Armor Plus is available from [amazon text=Amazon&asin=B019T1JKBK].

Mpow Armor Plus
The Mpow Armor Plus is incredibly well-made and can take a beating, though lacklustre audio makes it better for those wanting something durable over detailed audio.
Pros
Cons
7.2