Wearables is a massive growth area and growth is anticipated to continue into 2015. Whilst devices such as the Pebble have taken off, a number of other wearables supporting a single OS have entered the market such as the Apple Watch and Galaxy Gear.

The No. 1 G2 is a new device from the phone manufacturer which borrows heavily from the Galaxy Gear but offers both Android and iOS compatibility.

Thanks to GearBest for providing a sample to review. You can purchase one from them here. 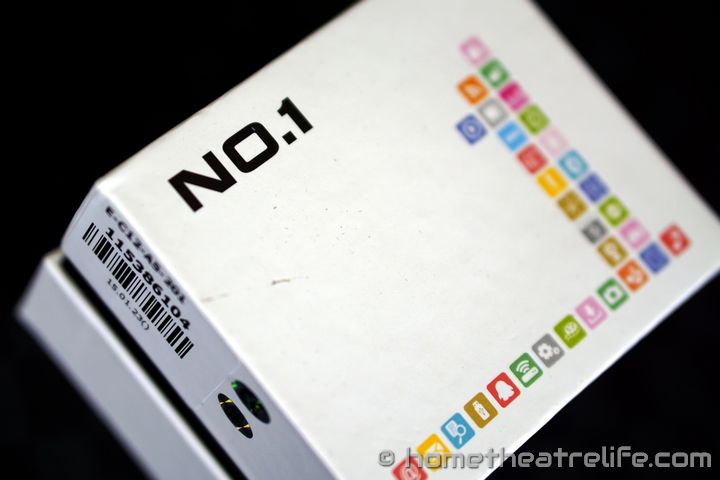 The No.1 G2 comes with everything you need to get it up and running.: 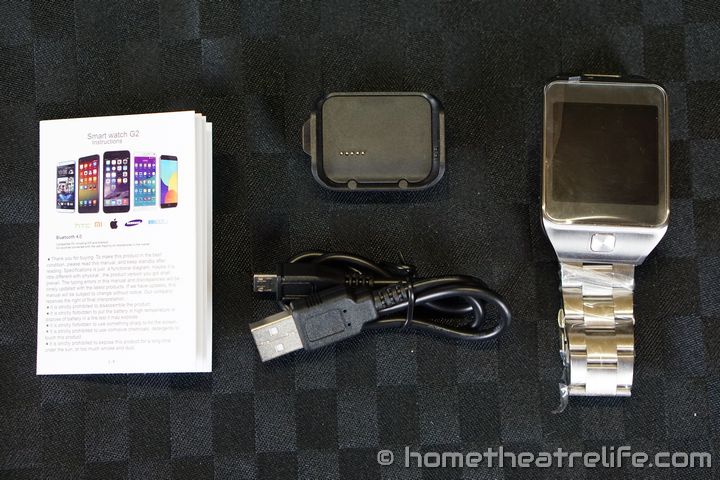 To say that the No.1 G2 borrows from the Samsung Galaxy Gear 2 is generous. As far as I’m concerned, it’s almost identical design-wise. However, I think they’ve picked a good target to mimic. 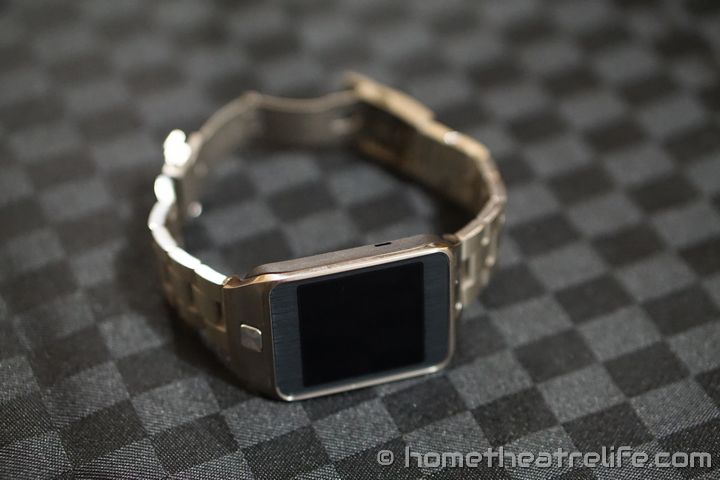 The N0.1 G2 comes in various configurations. The watch itself is available in silver or gold, with rubber(black, orange, coffee), “leather” (I suspect vinyl, brown) or stainless steel bands. I received the stainless steel variant as I felt it was suitable for both casual and business settings.

With an attractive brushed metal finish, the frame is nice and sleek, gently tapering at the top and bottom where the watch attaches to the band. The watch band appears to be a standard 22mm band and is readily removable thanks to both small cutouts on the inside of the band and access to the push-pins on the outside. This means you can swap it out – a massive plus for those liking customization. 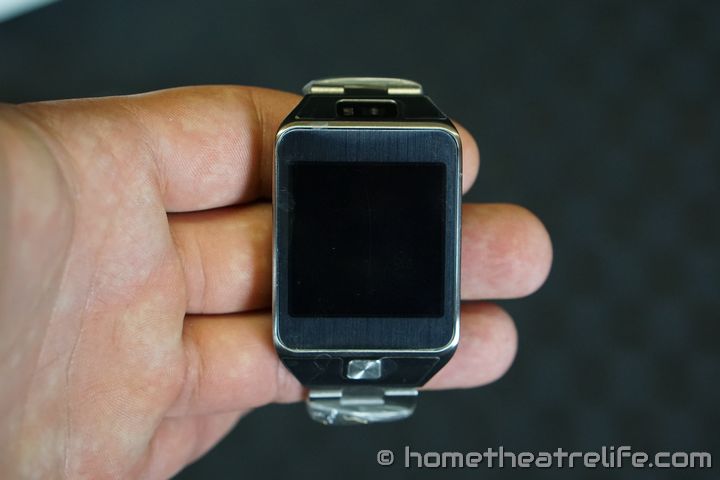 Build quality feels top notch. The device feels solid and has a nice weight to it. The stainless steel band is relatively light making it feel slightly cheap, but it looks fantastic. I much prefer the look of the No.1 G2 to that of the slightly more expensive [amazon text=Pebble&asin=B00BKEQBI0], as I find the plastic and rubber build of the latter very tacky and more akin to a child’s toy than an adult’s watch. That said, I’d say the No.1 G2 is equally as appealing as the [amazon text=Pebble Steel&asin=B00KVHEL8E] but at a third of the price.

The No.1 G2 is dominated by its 1.54 inch TFT display. At 240×240 pixels, whilst not the highest resolution, it’s perfectly functional. The top of the device houses a small 0.3MP camera and IR blaster, whilst the bottom has the”Home” button. There is a microphone and speakers on the sides and underneath houses the optical heart rate sensor and charging port.

Using the No.1 G2 is a pretty solid experience. To charge the No.1 G2, you clip on the included charging cradle and plug it in to a USB port with the micro USB cable. It takes about 30 mins to fully charge the device which is nice. 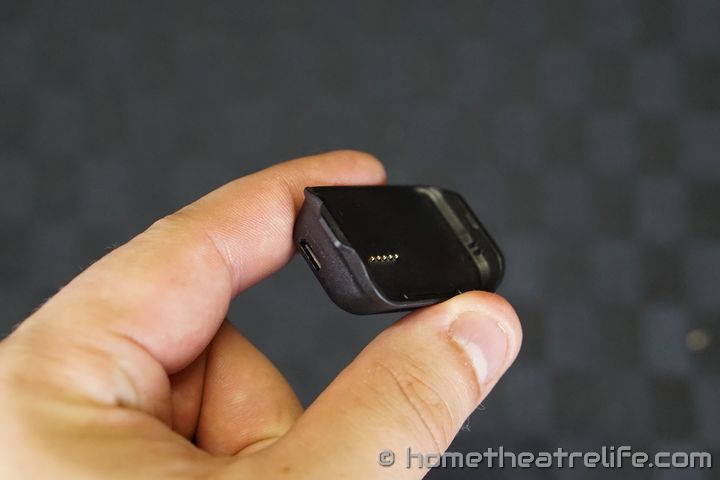 The device is booted in a few seconds by holding down the “home” button and the stock watchface is displayed. The stock watch face displays the time, date and shortcuts for the camera, pedometer and settings. Swiping to the left reveals 7 pages of functions.

Swiping and tapping the screen is responsive, and animations are smooth. The whole device feels well-optimized.

To see the time, you need to press the “Home” button to display the watch face. A subsequent press will turn off the display or, alternatively, a user-configurable screen timeout can be set. It’s unfortunate to see that No.1 haven’t leveraged the in-built accelerometer to display the time like devices such as the Pebble. 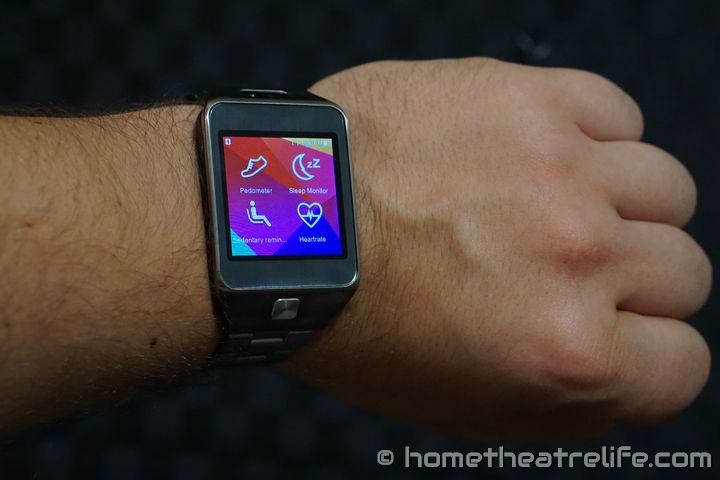 Connecting it to your smartphone is handled both via the Bluetooth menu in your phone and the “MediaTek SmartDevice” app. You first connect to the device via your phone’s Bluetooth menu which enables your call features. Opening the app and connecting the watch allows the notifications, device finder and other functions to work. The app is basic but works well enough. I didn’t have any issues connecting the device on either iOS or Android. 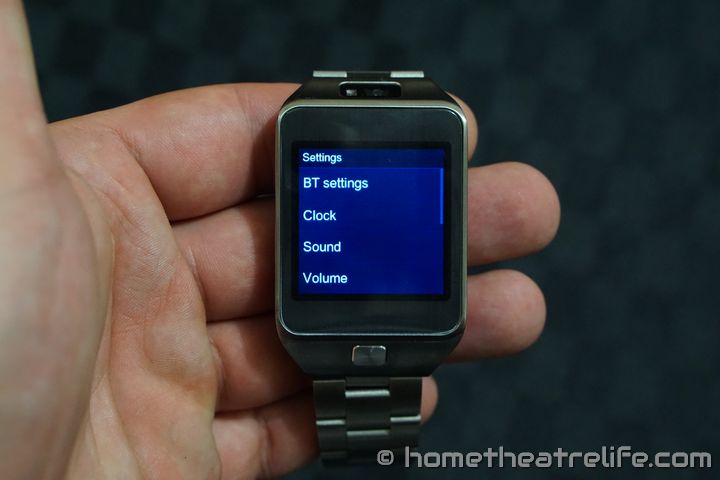 The watch has a built-in vibration motor to alert you and its strong enough to get your attention. The speaker can also be set to give an audible alert if you are so inclined and offers plenty of volume.

The list of functions in the No.1 G2 is extensive and includes:

That’s a pretty extensive list of features and the fact they’ve managed to cram them all in is great. However, the quality of the applications themselves vary. Basic apps such as the calculator and stopwatch work perfectly.

The heart rate monitor didn’t seem accurate at all. Optical heart rate monitors aren’t particularly accurate in the first place, but the No.1 G2 just feels massively off. Sometimes the result was absurdly low, then a test just a few seconds later resulted in a different reading. I’m hoping a software update can fix this.

The inbuilt camera is not a replacement for your smartphone snaps by any means but is functional for the odd day shot but it does tend to overexpose. Don’t bother using it in low light, as you simply get a black, noisy mess. I’ve included a few sample shots below:

There is also a video recorder function though I’d hardly call the resulting video usable. The output format is 176×144 JPEG Video at only 4.9fps:

So I was super-excited about this feature, solely for the novelty of it. However, getting the remote up and selecting my TV brand, I got… nothing. Selecting the TV brand takes you to a nondescript screen with two arrows, an “OK” button and a number. Pressing the arrows makes the number go up and down but the “OK” button does nothing. Similarly, pressing any of the volume/channel buttons got no response. Massive fail here.

I’m told that there will be a demo showing how it works, but at this stage, I’d just consider it non-functional.

Given that the watch is basically a simple computer, I was hoping customization would be a bit better. There are only 3 in-built clock faces (1 digital and 2 analog) and 3 wallpapers to select. 1 additional digital watch face can also be installed via the Android app. This is a real shame, as support for custom wallpapers or watch faces would be amazing and I can’t help but feel this is a missed opportunity. 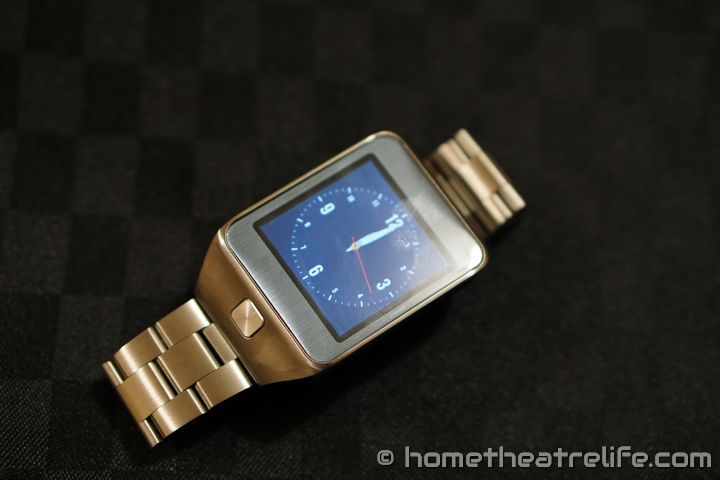 No.1 G2 Android and iOS support

iOS and Android are both supported, however, the number of features available to each platform varies. This is where Apple’s locked-down OS really hurts peripherals as connecting to an Android smartphone is a much richer experience.

Android gets a much improved experience, with app-specific icons, remote camera shutter, enabling/disabling specific notifications via the app or watch and being able to reply to messages via several pre-defined responses (which unfortunately can’t be changed). Strangely, only the Android app can install additional apps such as watch faces, but only 1 watch face and a Yahoo weather app are currently available. The iOS app does offer HealthKit compatibility though which is a bonus. 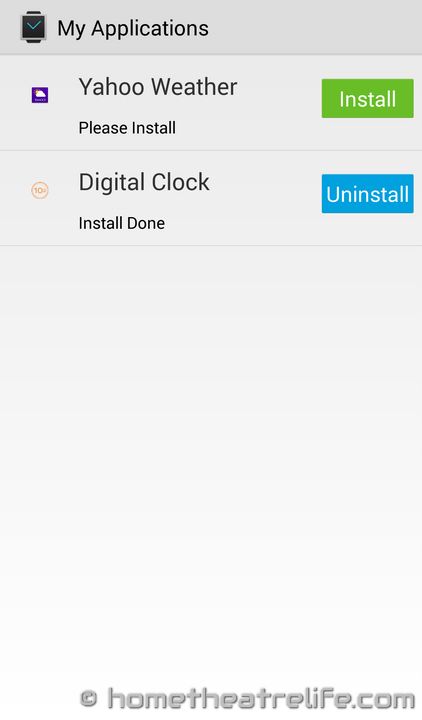 Contact sync, dialing, call notifications and music control all work flawlessly on both platforms. There is definitely something cool about taking a call entirely on your wrist, and whilst the speaker is a little muddy, the microphone is incredibly clear for those on the other end of the call.

Battery Life was not bad at all. With minor use (checking the time, notifications), I was able to get about 3-5 days of use. Using the device to make calls drained the battery significantly faster, knocking out the battery in about a day. A power-saving mode does help eek out a few more hours out of the device by disabling some of the more power-hungry features.

The No.1 G2 is water resistant and getting a splash of liquid on it won’t be an issue. Don’t submerge it however, as it’s definitely not waterproof.

The screen is sapphire glass and, despite a few knocks, it remains scratch-free. It is a bit of a fingerprint magnet however, and an oleophobic coating wouldn’t have gone astray.

So far, No.1 have released 2 updates for the No.1 G2. Hopefully, the company continue to support the device with more updates refining and adding features. The update process is awful however, having to connect to a PC and use a technical flashing tool to flash the new firmware. Those used to flashing custom ROMs will be right at home, but I can assure you that your average consumer will be terrified.

I recieved my No.1 G2 from GearBest. You can purchase one from them here.

Alternatively, you can purchase the No.1 G2 from GeekBuying or DealExtreme.

No.1 G2
The No.1 G2 is a fairly solid Smartwatch. The build quality is excellent and feels far nicer than the basic Pebble's cheap plastic and rubber look. Offering support for both Android and iOS is a blessing. Functionality is generally good with most features working well. However, an inaccurate heartrate monitor and non-functional IR Remote feature let it down. For it's price though, you can't go too far wrong.
Pros
Cons
7.6

2 thoughts on “No.1 G2 Smartwatch Review”