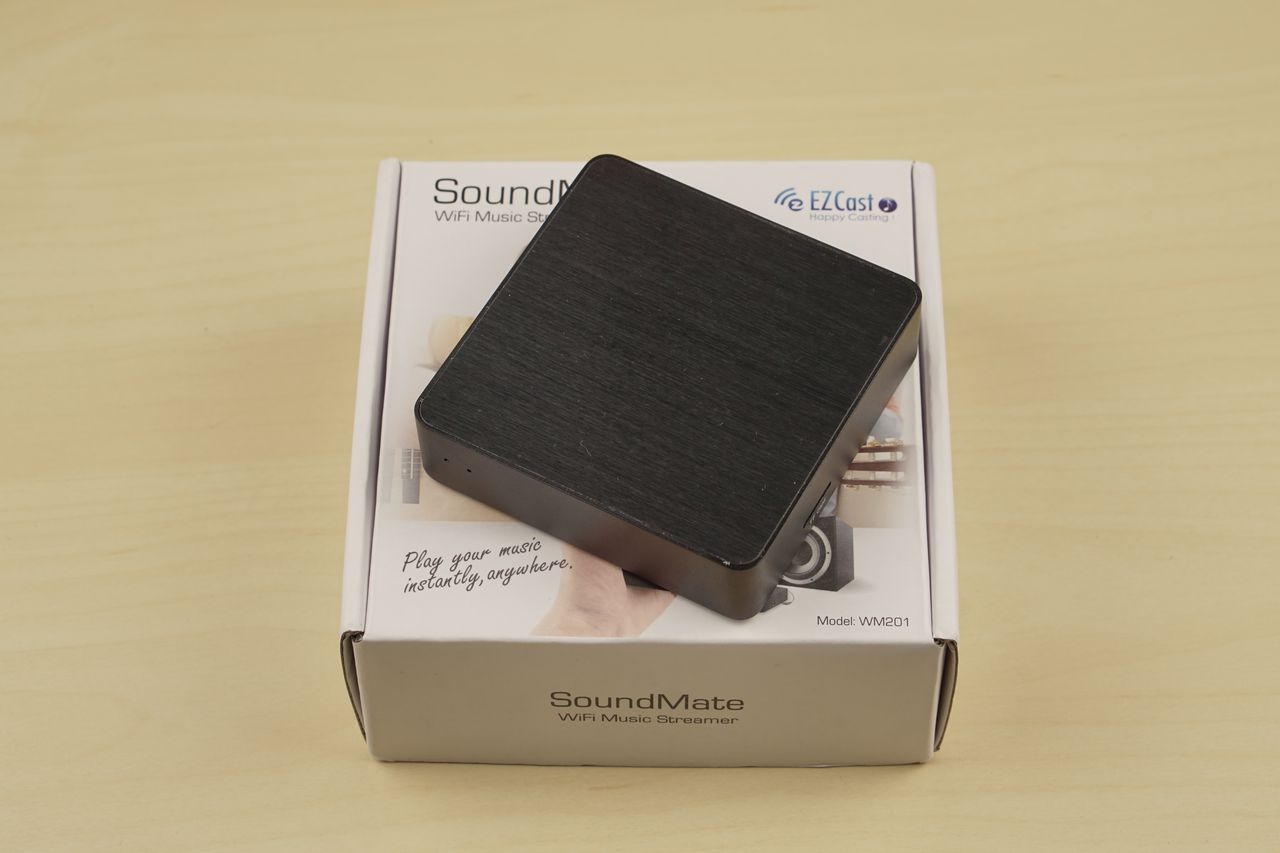 The SoundMate WM201 is a Wi-Fi Music Streamer that’s capable of streaming music from a wide variety of sources, such as DLNA, USB and Internet Radio, for under $40.

Thanks to Uyesee to sending me a sample to review. You can purchase the SoundMate WM201 from GearBest, AliExpress or [amazon text=Amazon&asin=B00SKW4664]. 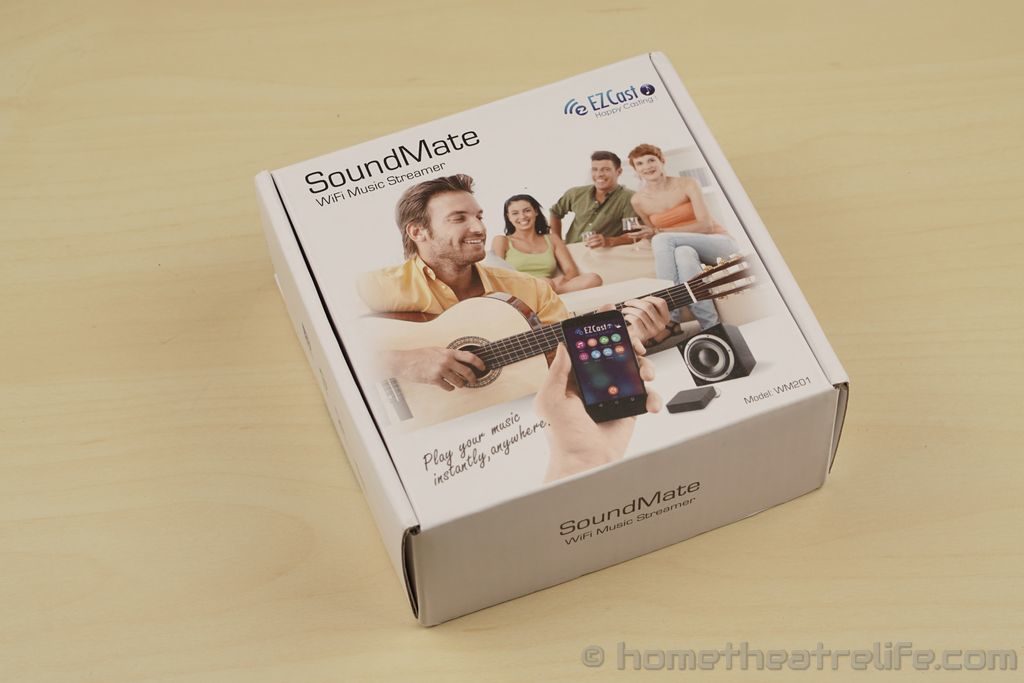 Inside the box, you receive: 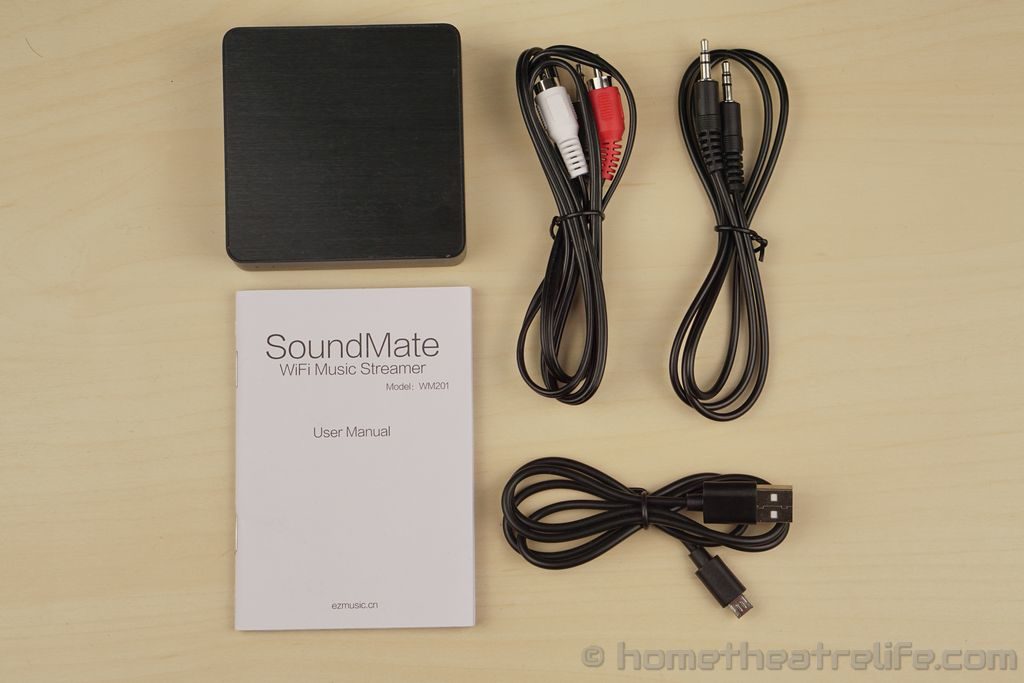 It’s a shame that no power supply is included, but the device requires 5V at 0.5A so almost any modern USB port will power it.

The SoundMate WM201 is surprisingly small. Roughly the size of a hockey puck, the WM201 appears to be made entirely made of metal. It feels lightweight, but definitely feels well made. 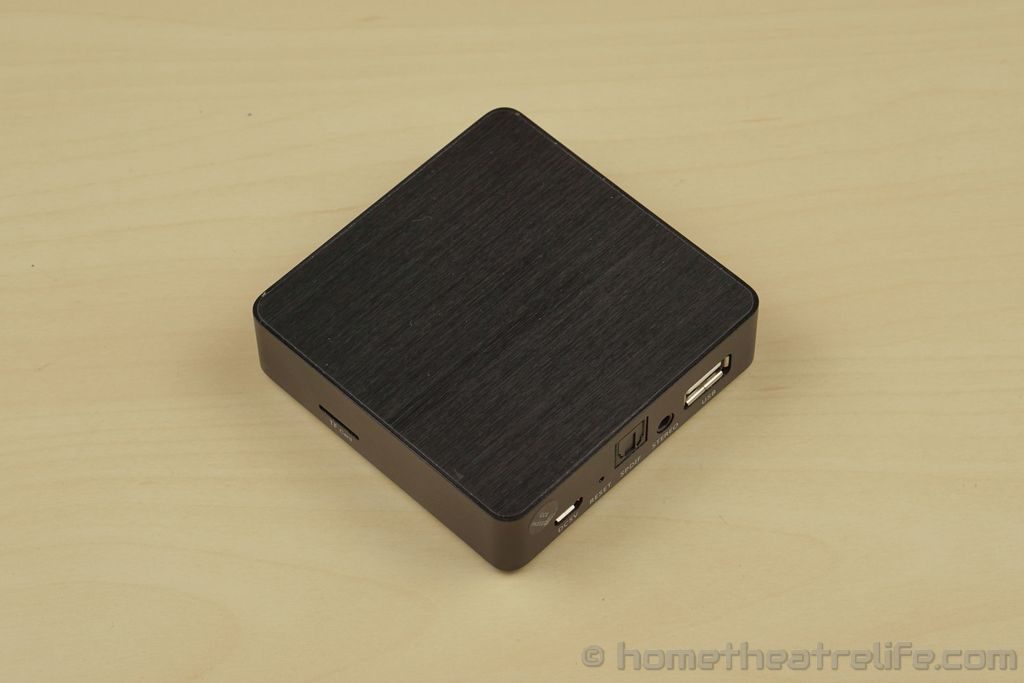 The WM201’s design is relatively minimalist. A small power LED on the front of the unit indicates when its on whilst a lovely brushed metal top plate finishes off the device. The back of the device houses essentially all of the ports. From left to right, we have the micro USB power port, reset button, optical audio output, 3.5mm stereo output and a fullsize USB port. There’s plenty of connectivity here. On the side of the device is a micro SD card slot. 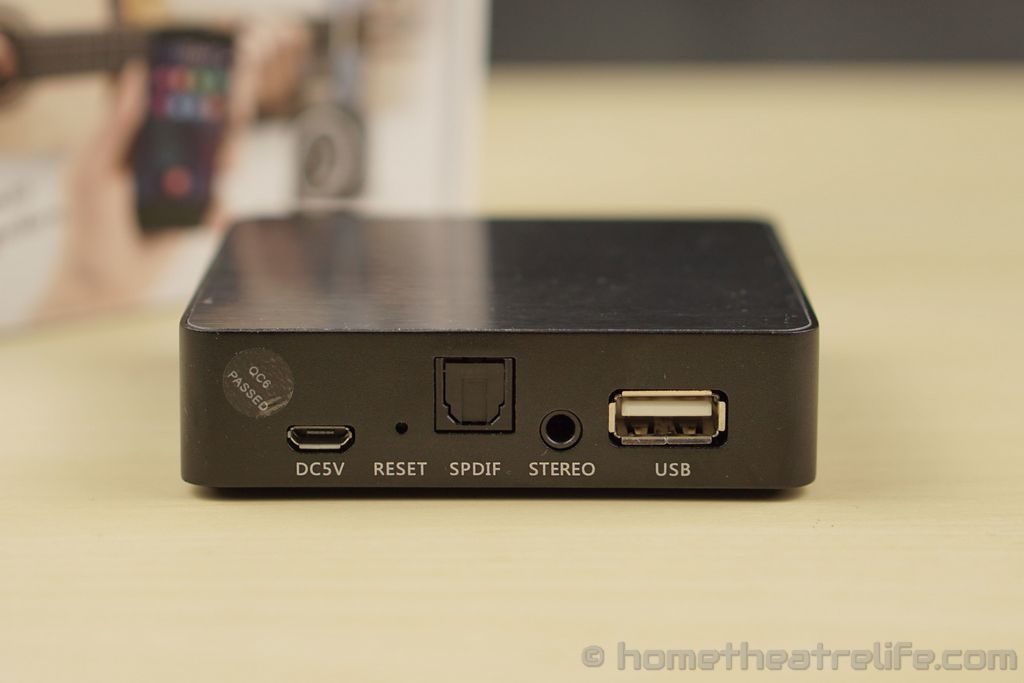 Connecting up the SoundMate WM201 is a piece of cake. Plug in your audio cable of choice (either optical or 3.5mm) and the power. Plugging in the causes it to boot, with verbal cues indicating booting progress.

The device is entirely controlled via the EZMusic app which is available on both iOS and Android. To set up the device, open your smartphone’s wifi menu and connect to the Soundmate’s wifi hotspot. Jump across to the app to complete the setup, connecting the device to your wireless network. The Air Setup option is also used to select equalizers, trigger OTA updates and select which audio output you want to use. The EZCast app is fairly intuitive and has plenty of options for media playback, from Dropbox to Internet Radio. However, popular streaming apps like Spotify or Pandora don’t make the cut and will need to be streamed using alternative methods like AirPlay.

Navigating around and playing music was fine. Although I didn’t like that music wouldn’t play in the background whilst I navigated the app. You had to stay on the apps screen to keep the tunes playing.

However, the app’s main issue is its DLNA support, or lack thereof. It farms DLNA playback out to external apps, providing a list of recommended apps rather than offering a way to push music from a DLNA server to the Soundmate itself inside the app. Thankfully, the SoundMate WM201 broadcasts as a DLNA server so I was able to use BubbleUPnP to push music from my server to it.

The Android app is not as polished as its iOS equivalent. It’s nowhere near as responsive but you can use your Android device as a remote microphone which isn’t present on the iOS version. That’s not to say the iOS version is flawless, with USB/micro SD card playback working fine on Android but displaying nothing but a placeholder “Now Playing” screen on iOS. So the most important question is how does it handle music playback?

Thankfully, I can say that the the Soundmate WM201 performed well. I was able to play back music from my Dropbox, connected USB devices, my server via DLNA and even from my iPhone using AirPlay. That’s a pretty comprehensive set of connectivity options so most users should be covered. Music played after a short delay and range is only limited by your WiFi network.

In terms of music formats supported, the SoundMate WM201 was able to play back the most common formats and even some more specialised ones, such as 96kHz 24-bit lossless FLAC tracks which the MUZO Cobblestone couldn’t handle. Apple’s own 96-kHz ALAC file refused to play however.

I didn’t experience any dropouts when playing music from within my network apart from during the initial buffering of the 96kHz FLAC tracks, although I did have the occasional brief stutter when streaming internet radio from the app, but this could have been an internet issue rather than the device itself.

You can purchase the SoundMate WM201 from AliExpress. Click here for the latest price.

Soundmate WM201
The Soundmate WM201 is a solid streaming music player, particularly for its price point. With its ability to play the most common music formats from a wide variety of sources, it's a good option for those looking for an economical way to stream music throughout the house. Unfortunately, it is let down by a lack of support for streaming services like Spotify, even though you can use AirPlay to bypass this limitation
Pros
Cons
8