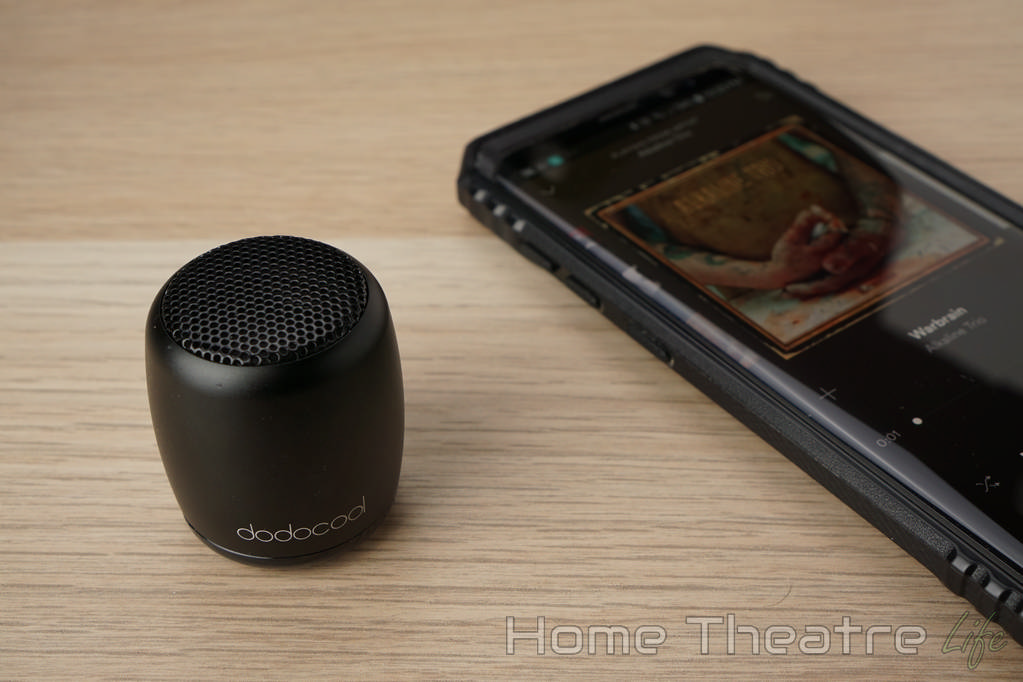 Bluetooth speakers are a dime a dozen but when the tiny and incredibly cheap Dodocool DA84 came across my desk, I was intrigued. Coming in … Read more 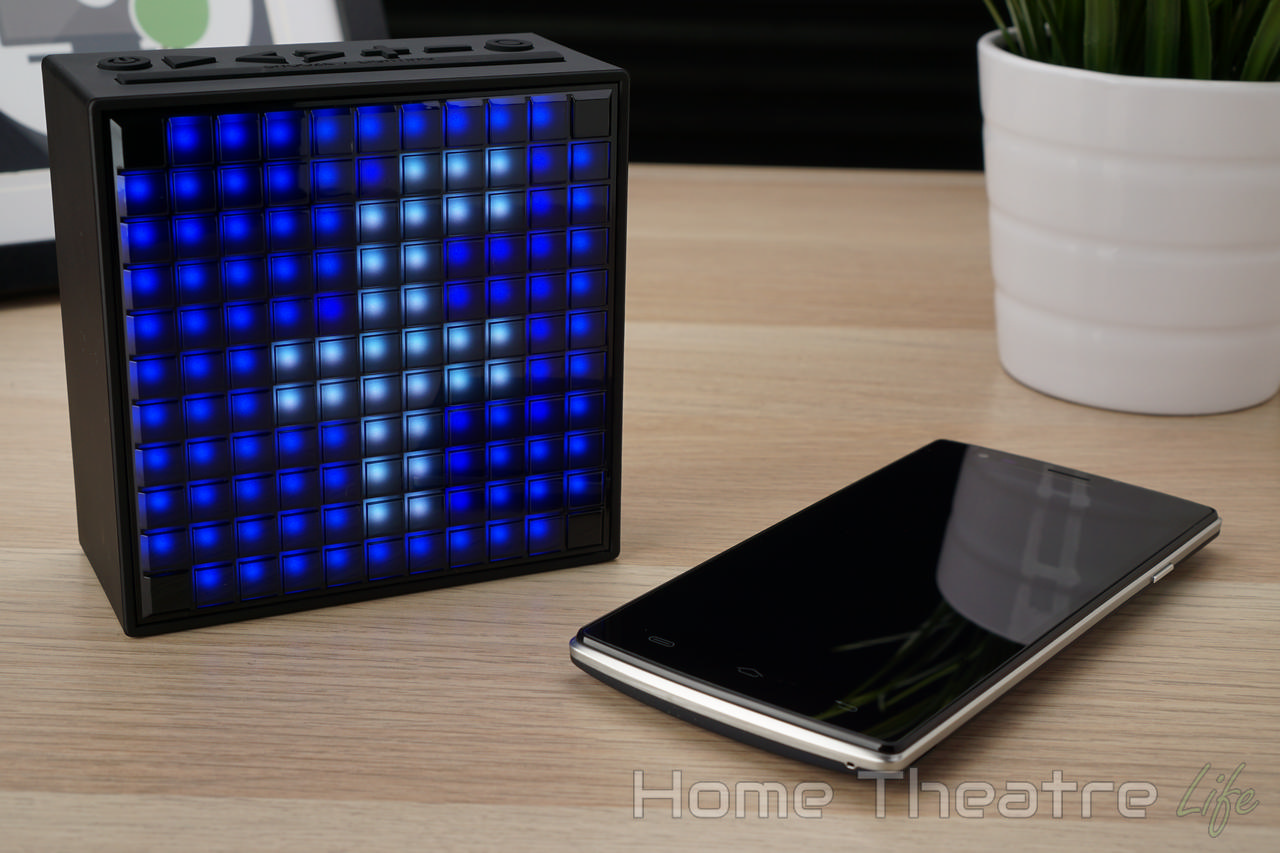 When I first received the Divoom Timebox, I have to admit I was pretty excited to review it. Whilst most Bluetooth speakers seem to offer … Read more 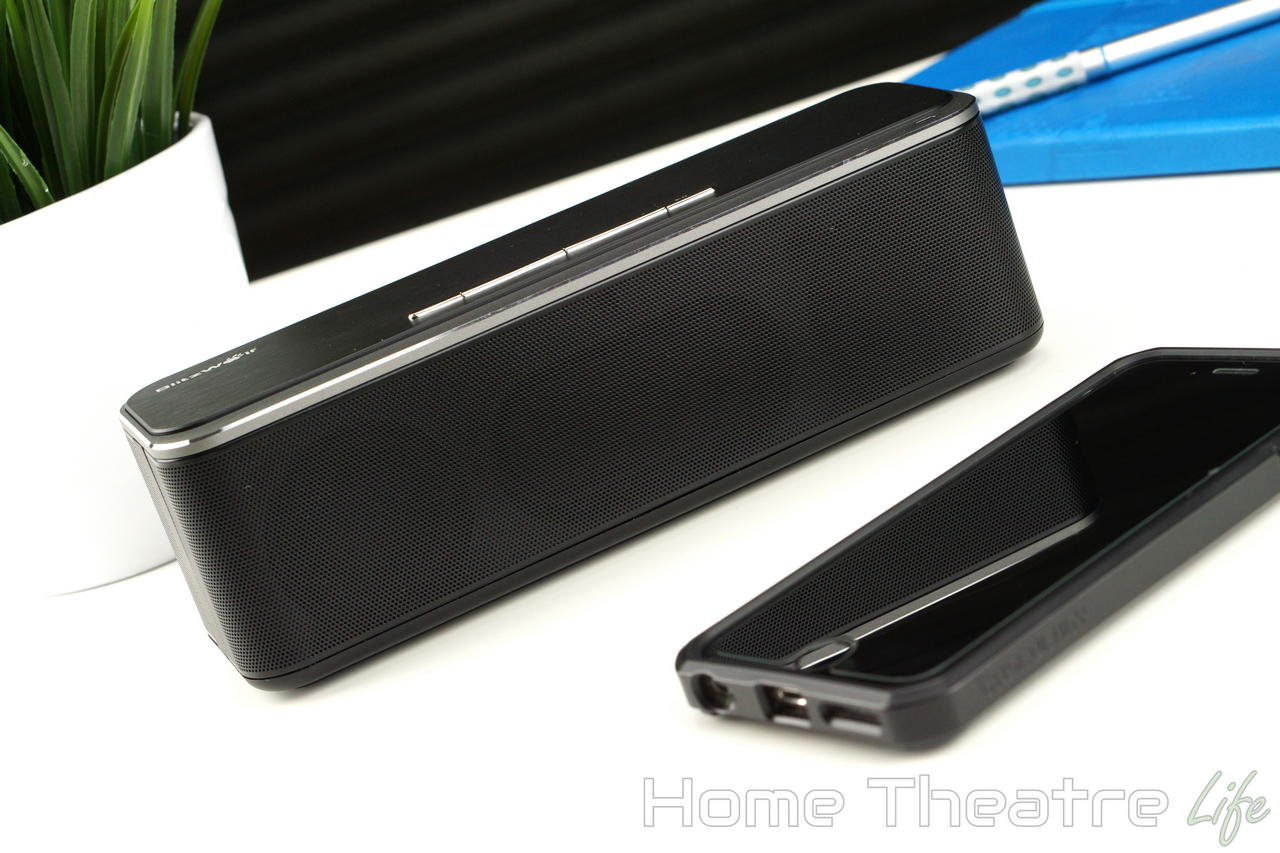 The Blitzwolf BW-F4 is a stylish new Bluetooth speaker from the tech company. With a sleek, modern design and dual 10W drivers, is it any … Read more 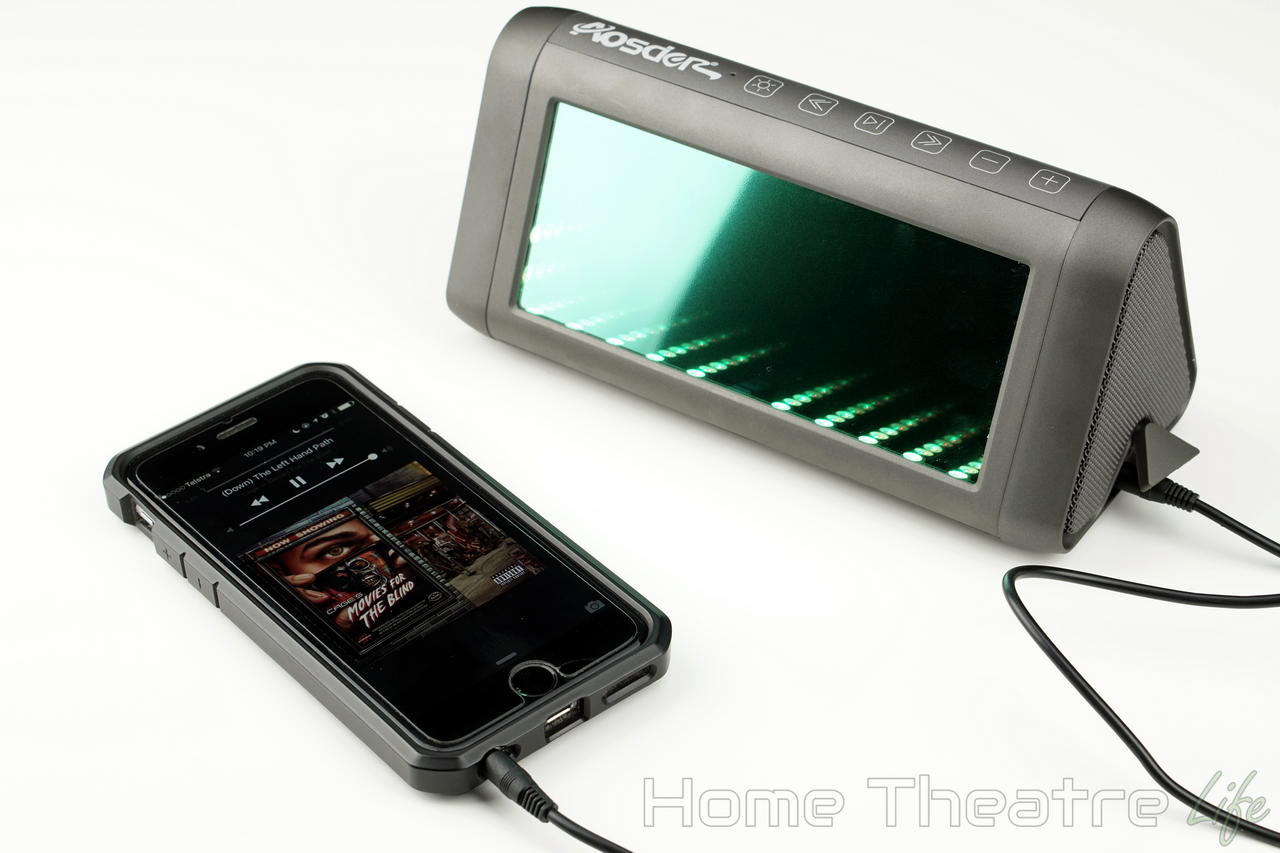 The Aosder Bluetooth Speaker is a unique looking Bluetooth 4.0 speaker featuring an infinite mirror design, 3.5mm Aux in and a dedicated subwoofer. Is it any good? … Read more 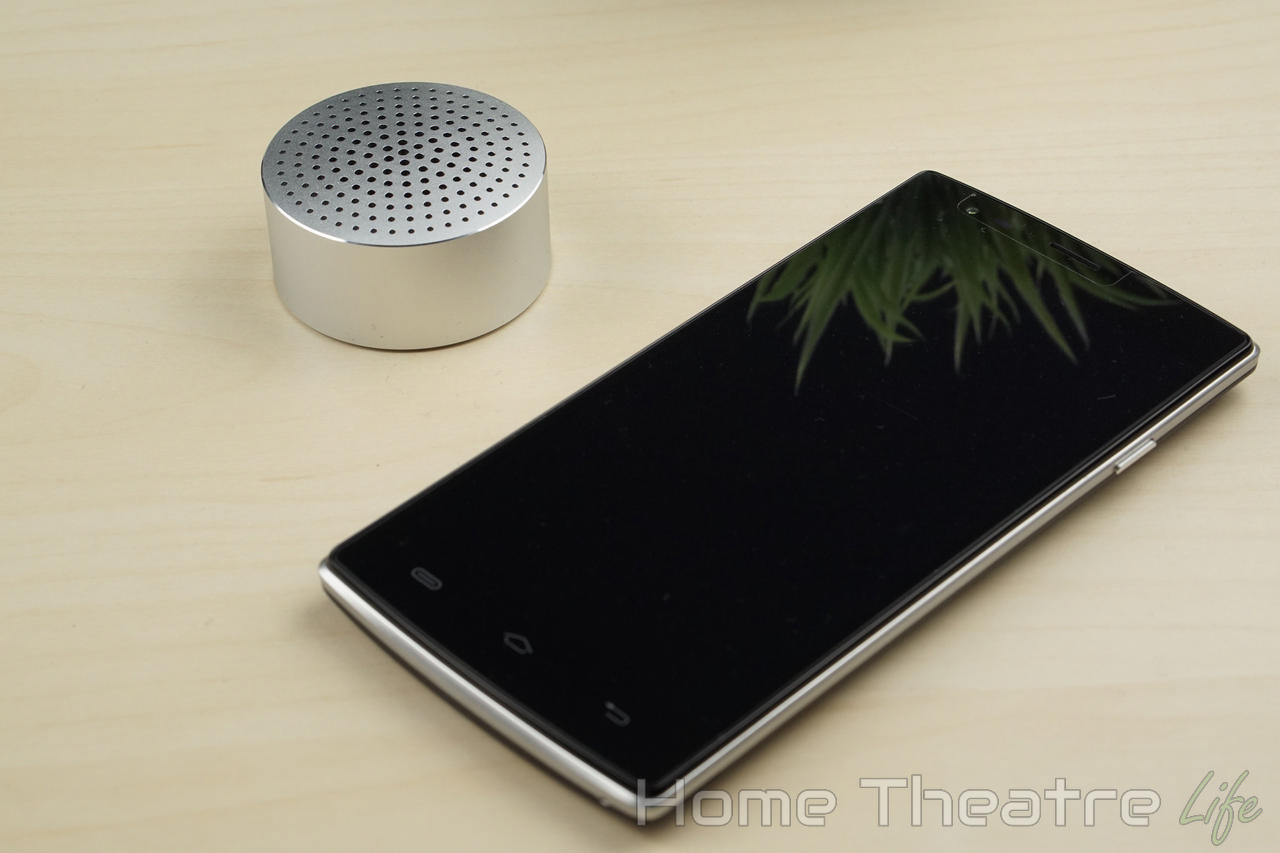 Xiaomi have released another Bluetooth speaker in the form of the Xiaomi Mi Portable Bluetooth Speaker. Incredibly compact and stylishly designed, does this little speaker have the sound to match? Read my review to find out! 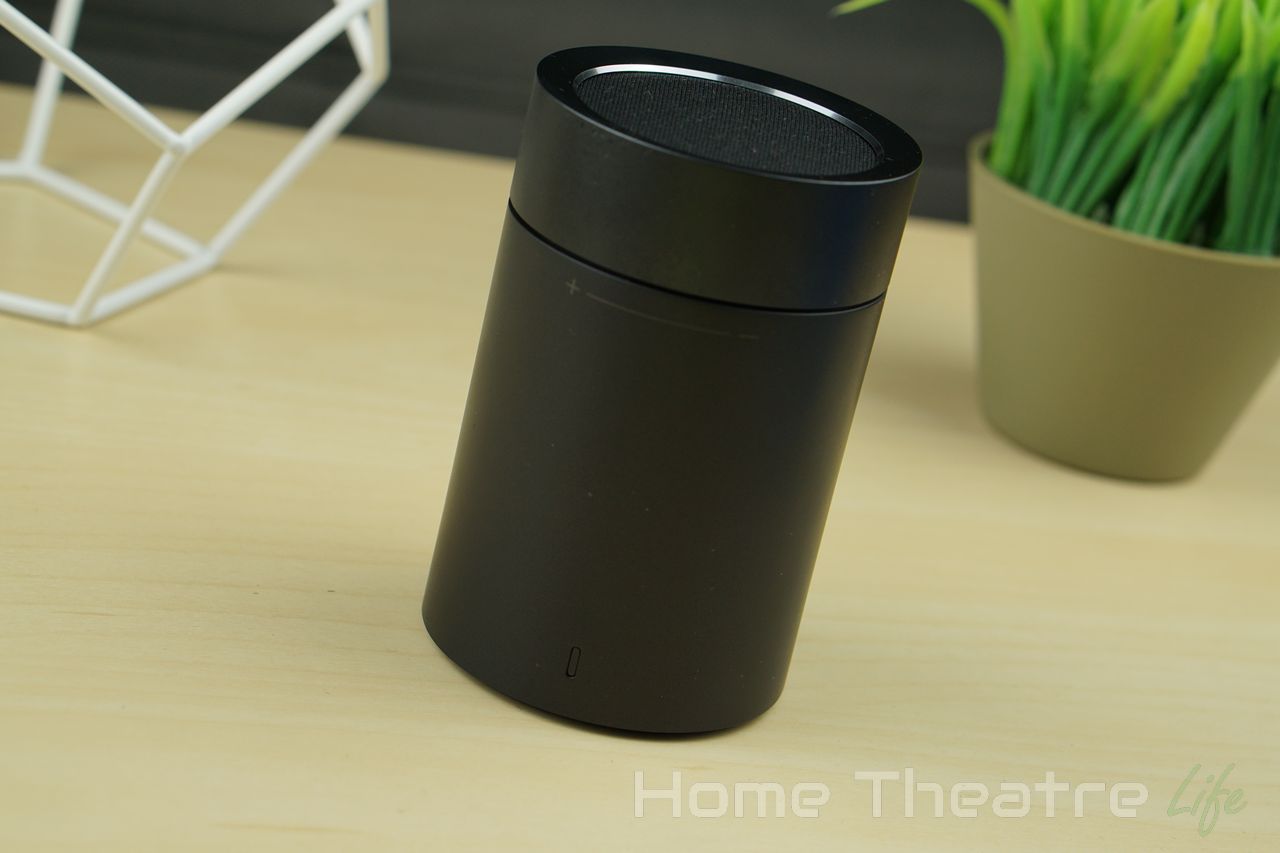 Xiaomi are at it again with a new Bluetooth speaker sporting a stylish new cylinderical design, improved audio specs and an incredibly elegant control system.

I want to say thanks to Everbuying for sending me a sample to review. Use coupon EXMSP to get it for $27.59. Xiaomi have kept up their tradition of keeping inclusions to a minimum and their new speaker is no different.

Inside the box, you’ll get the Xiaomi Bluetooth speaker, a rubber band to keep the controls from spinning and a Chinese instruction manual. I’m disappointed that Xiaomi didn’t include a micro USB cable for charging as it feels like an inclusion that really should be in the box.

Xiaomi’s latest Bluetooth speaker sports a brand new cylindrical design. It’s a sleek, matte-
finished tube with the speaker located on the top of the unit.

Both black and white versions are available, but I’ve opted for the black variant. The front of the unit sports a small dual-color power LED whilst the rear has a micro USB port for charging. The top of the unit is actually the controls. It’s one of the most minimalist yet elegant control systems I’ve seen in a long time. Pressing and holding down the top will turn the speaker on or pause the current track if you’re already listening to music. Turning the top section controls the volumes.

The entire unit feels incredibly well made, as is par for the course for Xiaomi speakers.

Powering up the speaker is done by holding down the top of the unit for a few seconds. The device automatically jumps into pairing mode.

Pairing is a matter of selecting the speaker in your phone’s Bluetooth menu. The speaker’s name is all in Chinese but it should be easy enough to figure out which one it is.

When it pairs up, there’s a spoken confirmation (in Chinese) and you’ll be ready to go. Music playback is essentially controlled entirely by your smartphone. You can pause/play the track by pressing the top of the speaker. Battery life was good, with 3-4 hours of playback leaving me with 50% battery remaining so I feel comfortable with Xiaomi’s estimate of 7 hours.

Xiaomi’s Bluetooth speakers are rarely a slouch in audio quality and their latest is no different.

The Xiaomi Bluetooth speaker offers excellent low and mid performance. Bass is impressive too though it does tend to dominate when you hit maximum volume. Volume is pretty impressive from such a compact speaker. It’s plenty for a small or medium room but it won’t compete with a proper stereo system. I didn’t experience any distortion at all during testing either. Xiaomi’s latest Bluetooth speaker is another winner. It brings their usual excellent build and sound quality with stylish design.

The lack of aux in may be disappointing for some but the design, quality and unique control method more than make up for it. Thoroughly recommended.

The Xiaomi Bluetooth Speaker is available from Everbuying for under $30. Use coupon EXMSP to get it for $27.59. 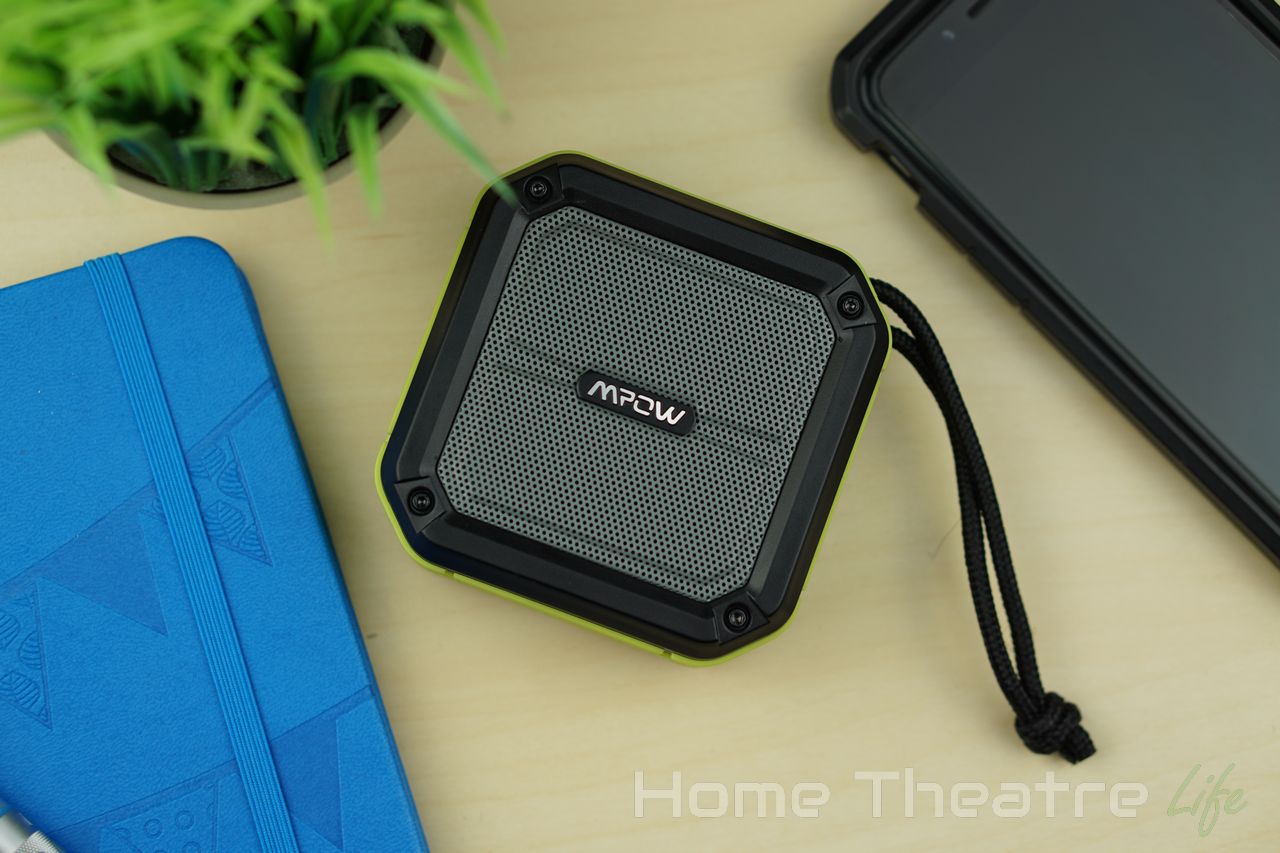 The Mpow AquaPro is a rugged IPX7-rated Bluetooth speaker. This means that you should be able to submerge it to 3ft for 30 minutes without any issues – making it the perfect beach companion. Mpow have included a good set of inclusions in the box:

There’s no power adapter in the box, but the Mpow AquaPro charges via micro USB so pretty much any USB charger should do the job.

The Mpow AquaPro is a surprisingly compact Bluetooth speaker. At around 100x100mm and being reasonably lightweight, it’s the ideal size to chuck into your bag to take around with you. The unit’s square design is dominated by its large speaker grill, its grey contrasting with the bright green casing. The grills and rear plates feature panel detail and fake screws adding to the rugged aesthetic. Pretty much everything is hard plastic though so it does feel a little on the cheap side.

The top of the unit houses the  device’s four buttons: power, play/pause and skip tracks. To keep the unit waterproof, the buttons are embossed in the plastic frame. This gives the buttons a cheap feel but it’s an understandable design decision. A rubber flap on the right side hides the unit’s micro USB and Aux in ports. There’s also an SOS button which activates an incredibly loud alarm if you need it. On terms of build quality, the Mpow AquaPro feels well made though its heavy reliance on plastic does cheapen its feel. It’s designed to be waterproof not ultra-rugged like the Mpow Armor Plus so I can’t image it’ll stand too much physical abuse.

Charging the internal 800mAh battery via micro USB takes around a couple of hours.

After powering up the unit by holding down the power button, it’s ready to pair. Just select Mpow AquaPro from your smartphone’s Bluetooth menu. The speaker will reconnect automatically to the last paired device quickly.

Music playback is controlled via your smartphone or the onboard controls. The volume buttons also pull double-duty. Holding them down skips tracks.

Aux in works as expected. Just plug the included 3.5mm cable into the speaker and your phone and you can play your favorite tracks from devices that don’t support Bluetooth. The SOS function is impressively loud, sounding a siren after holding down the button for a few seconds. However, it can only be triggered when the speaker is switched on which is frustrating. If you were in an emergency situation, I hardly doubt you’d want to both power up the speaker and trigger the SOS function when needed. The Mpow AquaPro is waterproof, capable of being submerged under 1m of water for up to 30 minutes. It’ll also float so it’s also easy to fetch if it falls into a swimming pool or river. That’s an impressive feat that makes the AquaPro an excellent candidate for those with an adventurer streak.

The in-built 800mAh battery should be good for around 8 hours of usage according to Mpow. After a week of regular usage, this seems to be about right.

The Mpow AquaPro’s audio quality is impressive, particularly when you take into account its waterproof status.

At low to moderate volumes, the speaker sounds fantastic. Audio is nice and clear with good mids and highs, though bass may be a little light for some users. I personally liked how it sounded as I prefer more balanced audio than drowning my tracks in bass. When you hit maximum volume though, the bass can’t quite keep up, with audio sounding harsher due to dominant mids and highs. Overall clarity is maintained however and I didn’t experience any distortion at all.

It’s important to note that audiophiles aren’t the target audience though, so the waterproofing will be worth the audio quality tradeoff. The Mpow AquaPro’s volume is independent from your smartphone’s volume. By maxing out both your phone’s and the speaker’s volume, you can output an impressive amount of sound from the unit’s 3W speaker. It’ll be plenty for a small to medium sized room. The Mpow AquaPro also features a built-in microphone. The function is a “nice to have” but the tiny microphone isn’t sensitive enough so the person on the other end tended to have difficulty hearing me. Audio quality when receiving a call was excellent though. The Mpow AquaPro is a great little Bluetooth speaker. It’s compact, well-made and sounds great. Couple that with it’s waterproof design and SOS features, it’s a solid package if you need the extra durability it affords.

Though the plastic feels a little cheap, the Mpow AquaPro is great value and the perfect speaker to accompany you on your adventures.

The Mpow AquaPro is available from Amazon.