SolidRun have quietly released the CuBox-i 4×4, a new addition to the CuBox-i family that features 4Gb of RAM and an eSATA port and claims to be “the smallest ARM quad core 4GB mini computer. The “4×4” refers to the device’s 4 cores and 4Gb of RAM.

Similar to the CuboxTV that I’ve looked at previously, the CuBox-i 4×4 is powered by the Freescale i.MX6 chipset, which is a quadcore Cortex A9 with a Vivante GC2000 GPU.

However, few mini PCs come with a massive 4Gb of RAM, with a handful of devices such as the excellent UGOOS UT3S belonging to that exclusive club. Whether all 4Gb is addressable is yet to be seen, with a forum post between a Cubox user and SolidRun CTO Rabeeh Khoury suggesting that only 3.8Gb may actually be usable.

Also of interest is theCuBox-i 4×4’s eSATA port which will surely be useful to those needing to transfer large amounts of data such as videos to the device. 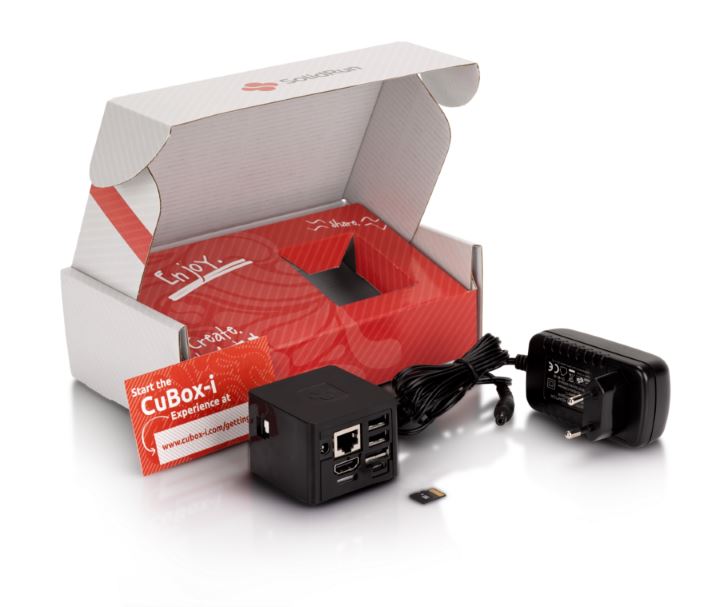 If you’re wanting to get a CuBox-i 4×4 for yourself, they are available for pre-order from the SolidRun store or NewEgg for around $170.

According to SolidRun, orders are expected to ship at the end of May.