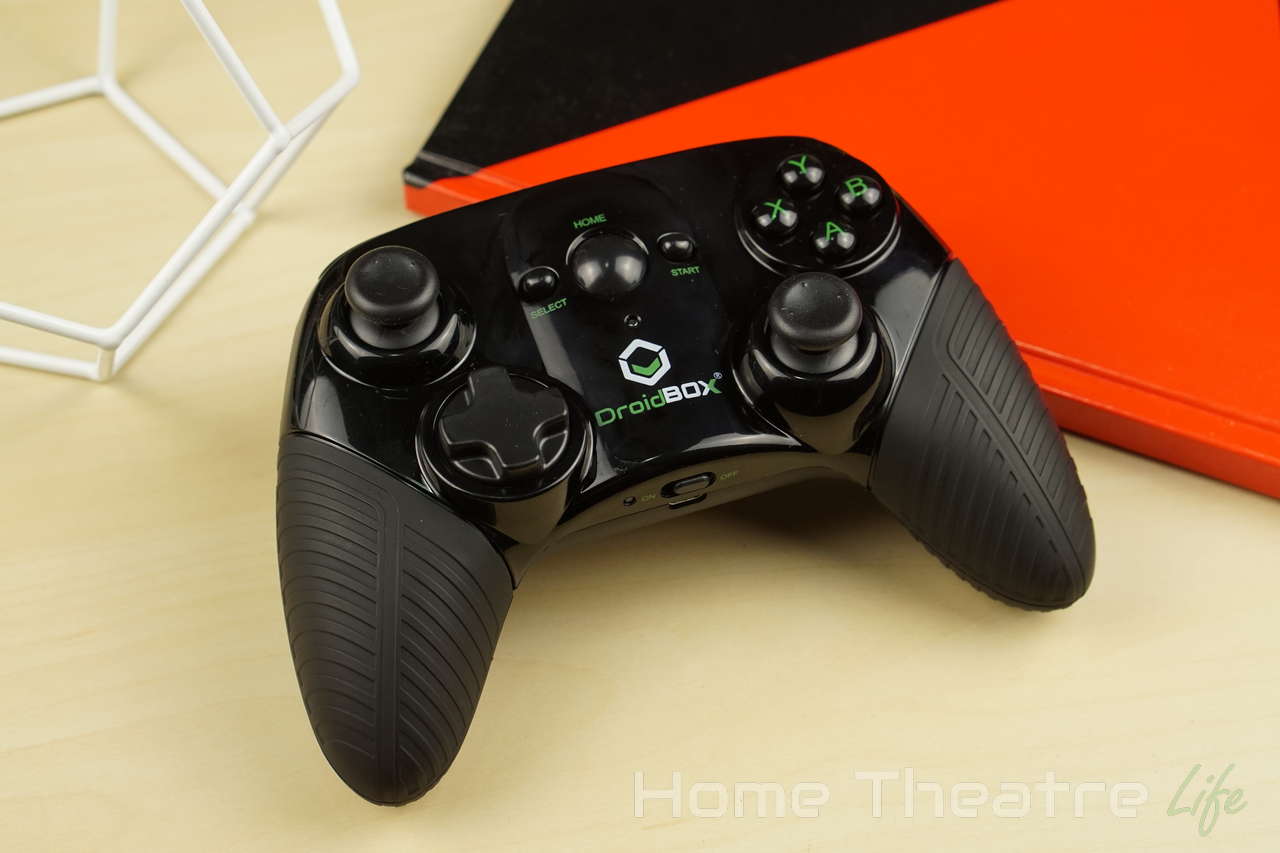 The DroidBOX Play gamepad is a wireless Bluetooth controller from the UK-based company that boasts Android and iOS compatibility and an integrated smartphone stand. How good is it? Read my DroidBOX Play review to find out!

I want to say thanks to DroidBOX for sending me a sample to review. 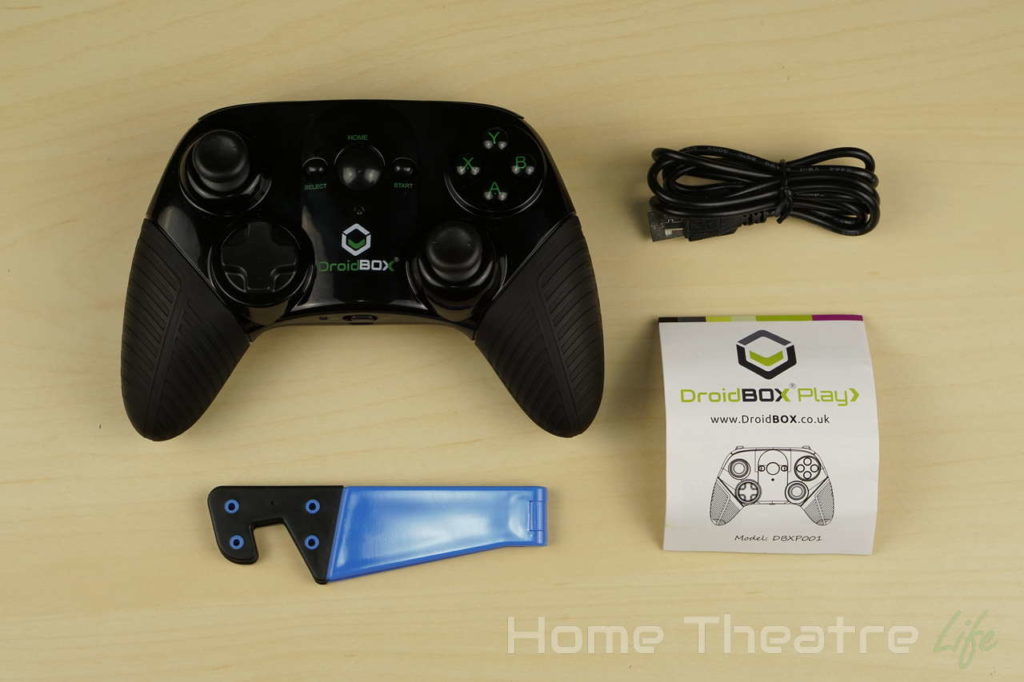 I’m actually pretty impressed that DroidBOX have included stand inside the box. It’s a small addition but one that’s appreciated. I do feel that it should be green to match the company’s color scheme but that’s just me.

The DroidBOX Play gamepad is a serious looking controller. Roughly the size of an Xbox 360 controller, it follows the traditional boomerang shape with nice rubberised grips. 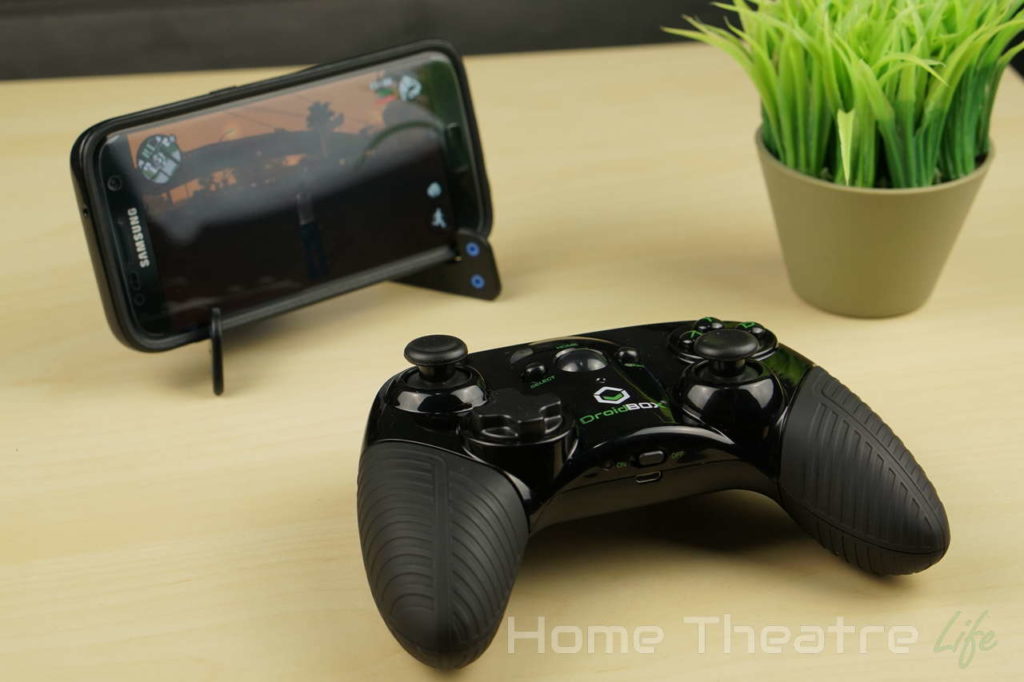 The controller has a full set of controls, including dual analog sticks, d-pad, ABXY face buttons, four shoulder buttons, a Home button and start and select buttons. There’s also a power switch and micro USB port for charging located at the bottom of the unit.

The layout is almost identical to that of the Xbox 360, with one of the analog sticks located under your thumb whilst the d-pad and second analog stick sit at the bottom.

However, things get a little odd when it comes to the shoulder buttons. The L1 and R1 buttons are when the L2/R2 triggers are normally, with the L2 and R2 buttons located on the rear of the controller. It’s a little uncomfortable compared to traditional controllers but you get used to it.

Also note that even though the L1 and R1 buttons look like triggers, they’re digital, not analog. 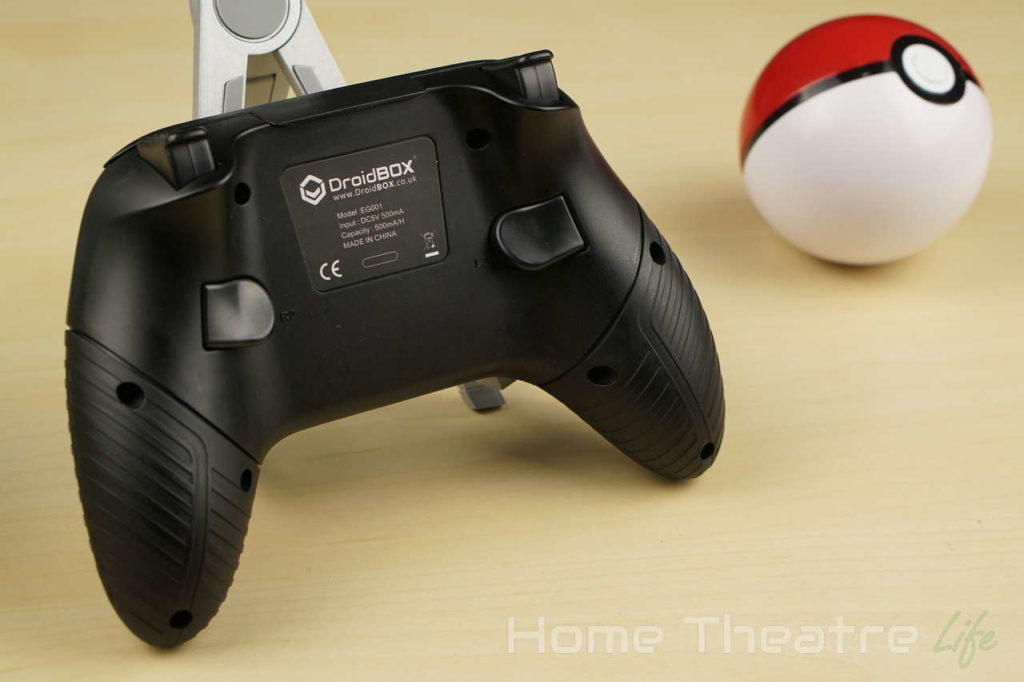 The controller’s buttons are smaller and a more “domed” than those on the Xbox 360 pad. This means the contact surface is smaller so they’re not as comfortable as the flatter buttons on the Xbox 360 or PS4 controllers. The d-pad does sit on the stiff side and can be a little sensitive on the diagonals but it’s definitely functional.

For those wanting to game on the go, there’s also a built-in smartphone holder which was a complete surprise. It’s spring-loaded with soft rubber to both protect your phone and keep it in place. 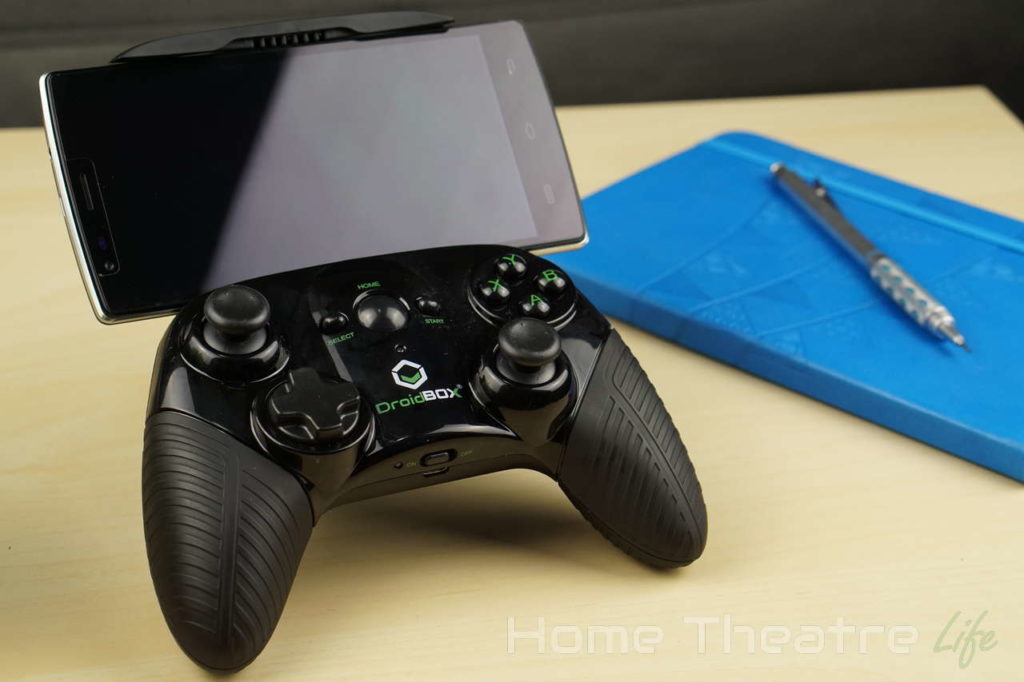 It’ll accommodate most smartphones too. I was able to fit in my Samsung Galaxy S7 in its case but it was a pretty tight fit.

Pairing the controller up was simple. Just hold down the Home button and slide the switch to the on position. Then pick the “EG001” from your device’s Bluetooth menu.

The controller has a number of modes, including Android, iCade (for iOS) and Mouse. These are toggled by pressing the Home button plus one of the home buttons.

On Android, the controller was picked up in games such as Beach Buggy Racing and Grand Theft Auto: San Andreas without any configuration required. Everything worked perfectly.

iCade support was fine but with Apple’s MFi controllers being the norm for iOS devices, supported games are pretty limited. The controller’s Bluetooth connection was solid, without any dropouts during gaming.

DroidBOX claims the in-built battery should be good for around 40hrs of gameplay. I didn’t verify the 40 hour number but it kept playing after several hours of gaming. 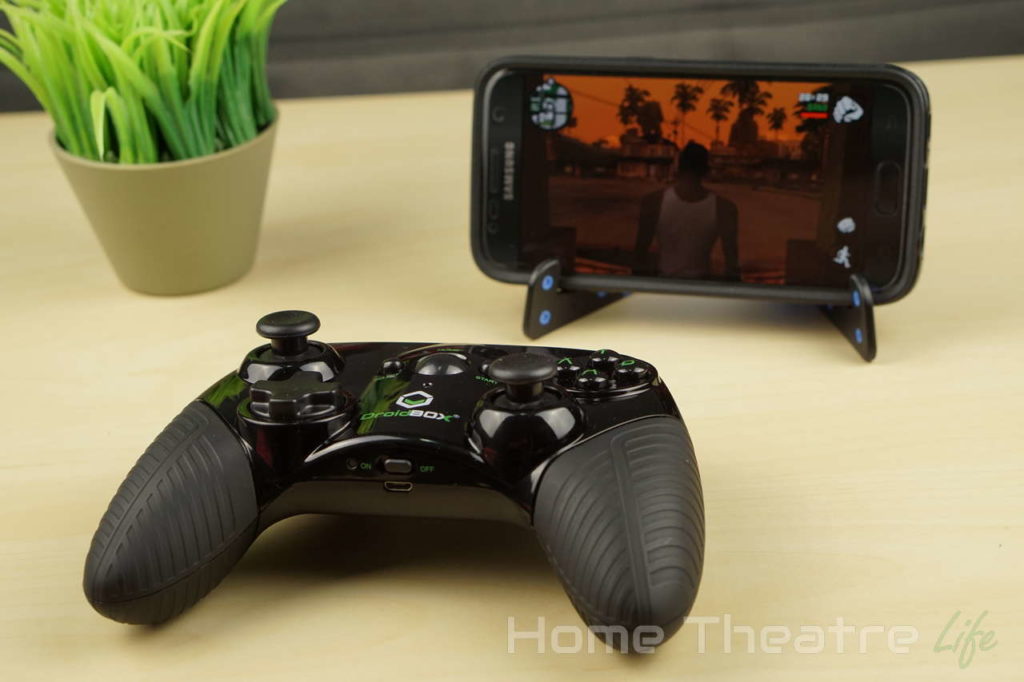 The DroidBOX Play gamepad is a respectable Bluetooth controller for Android devices. Whilst it does have some unusual design quirks such as the odd shoulder button layout, it works well and the integrated stand is a nice touch.

Deals: Zeblaze Smartwatches On Sale Until The 27th of May