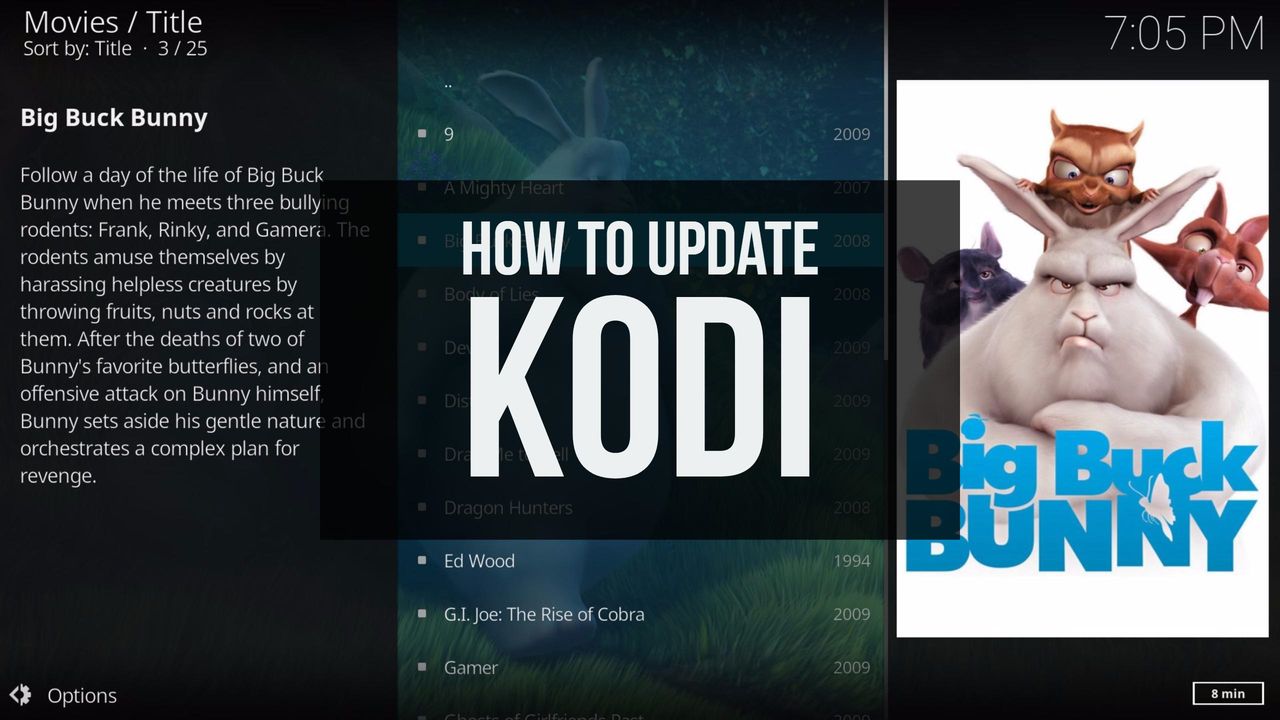 If you’re wanting to know how to update Kodi, you’ve come to the right place!

Keeping software up to date is a fact of life. With bug fixes, security patches and new features, ensuring you have the latest version is important. Updating Kodi is no different.

Team Kodi regularly release new versions of their media software, it’s important you know how to upgrade Kodi to the latest version and make sure you get the best possible experience.

This detailed, step-by-step guide shows you how to update to Kodi 17.6 on your Firestick, Android TV box and Windows devices easily and safely.

Streaming Movies with Kodi? Protect Yourself with A VPN

If you’re streaming videos in Kodi, your internet traffic can easily be monitored by governments and ISPs – exposing your watching habits, browsing activity and other private information.

That’s why it’s important you protect yourself with a high-quality VPN.

VPNs encrypt your internet traffic by passing it through a secure VPN server. This keeps your watching habits private, avoids ISP throttling for better streaming performance and bypasses geographic restrictions so you can watch even more content.

We Recommend IPVanish – The Best VPN for Kodi 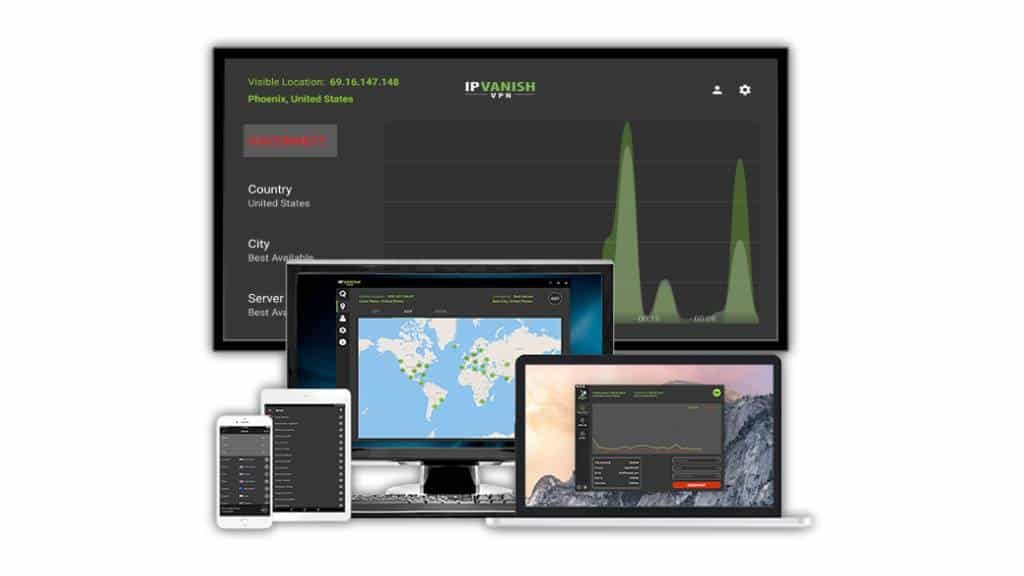 We recommend IPVanish for Kodi users thanks to a number of important features:

IPVanish offers 7-day money back guarantee to try out their service risk-free.

Home Theatre Life readers can save 46% off 12-month IPVanish plans, bringing the annual plan down to only $6.49m per month when using this link

Should I Update Kodi to the Latest Version?

Generally, I recommend updating Kodi to the latest version reasonably quickly. This way you know that you’ve got all the latest bug fixes and features available.

That said, I’d often recommend waiting a few days for the early adopters (like me!) to install new versions and report on any errors they encounter.

If there’s no major issues reported, you should be safe to update.

How to Update Kodi on Windows

There are two ways to upgrade Kodi on Windows depending on how you installed it:

How to Update Kodi Automatically using the Windows 10 Store Whenever there’s a new release, Windows 10 will automatically download and install the it. This is why I usually recommend installing Kodi this way on Windows 10.

How to Update Kodi on Windows using the Installer

If you installed Kodi on Windows using the installer, there’s no automatic way to keep Kodi up to date. Instead, you’ll need to manually update Kodi the same way you installed it:

If you’re updating to a new major version (like updating Kodi 16 to 17), Kodi might need to do a database update on the first run to keep everything running smoothly. It should only take a minute or so.

How to Update Kodi on Android Boxes (and Other Android Devices)

Before we start, please note that Kodi 17 Krypton requires Android 5.0 and above.

Now that we’ve got that out of the way, updating Kodi on Android can be done in a few different ways. I’ll cover both below.

How to Update Kodi Automatically using the Google Play Store 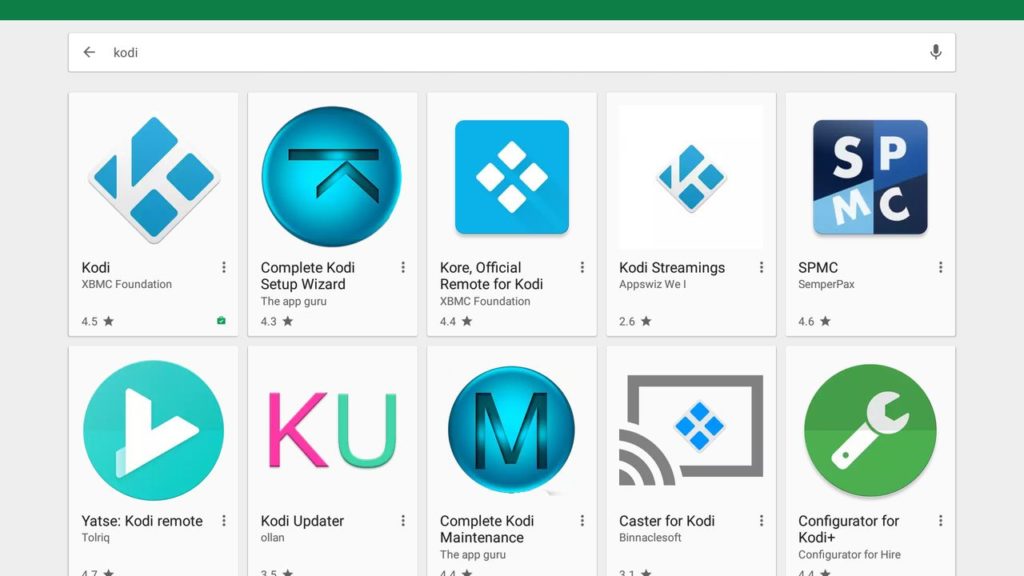 The Google Play Store features automatic updates so your Android device will automatically download and update Kodi for you as long as it’s enabled. 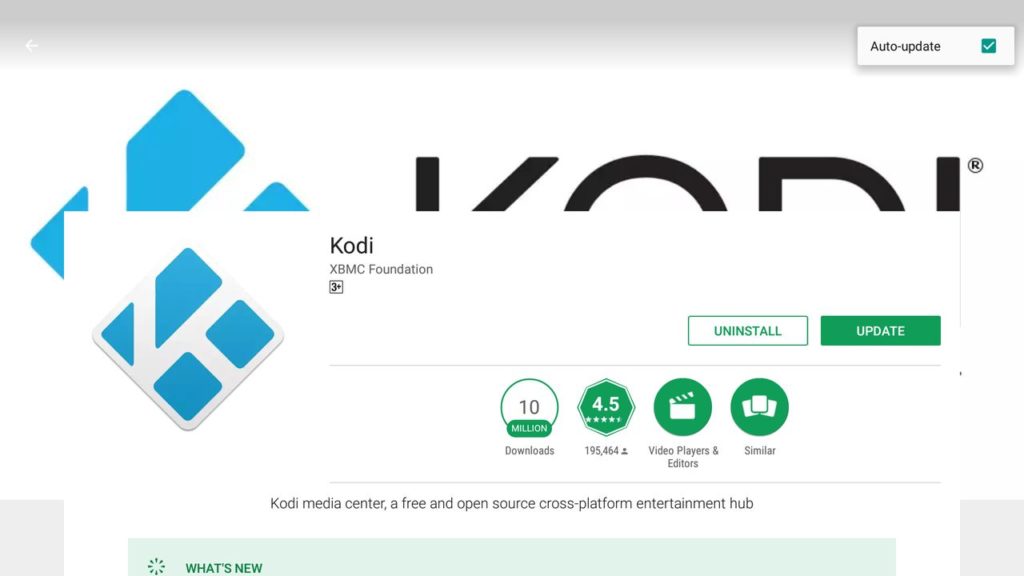 Automatic updates are now enabled for Kodi on your Android TV box.

If automatic updates aren’t working or you want to manually update Kodi on the Google Play store: 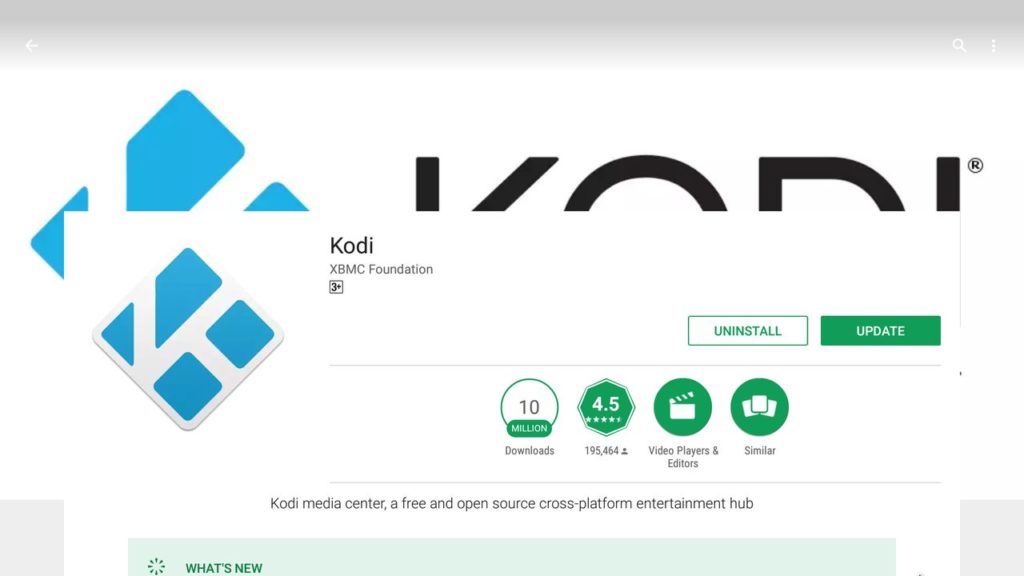 How to Update Kodi by Sideloading

Sideloading is the process of installing the Kodi app (or any other app) manually, without using the Google Play Store.

If you originally installed Kodi by sideloading the Kodi app, you may need to update Kodi through sideloading: 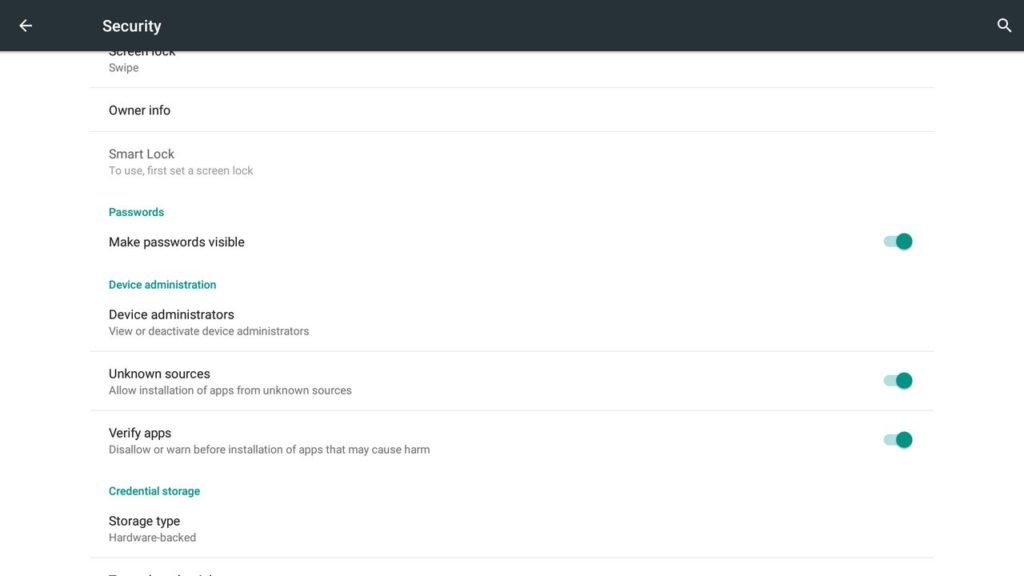 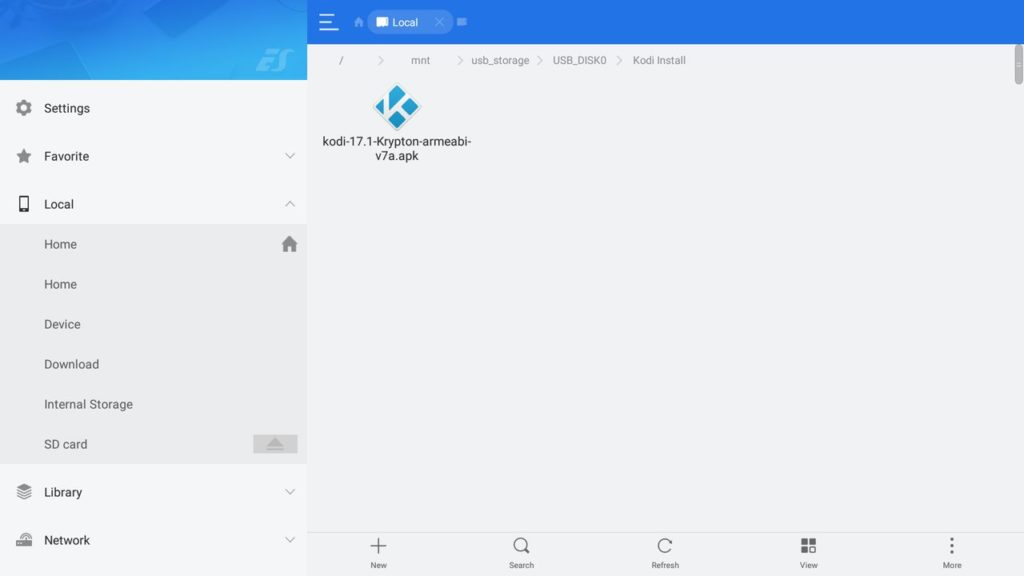 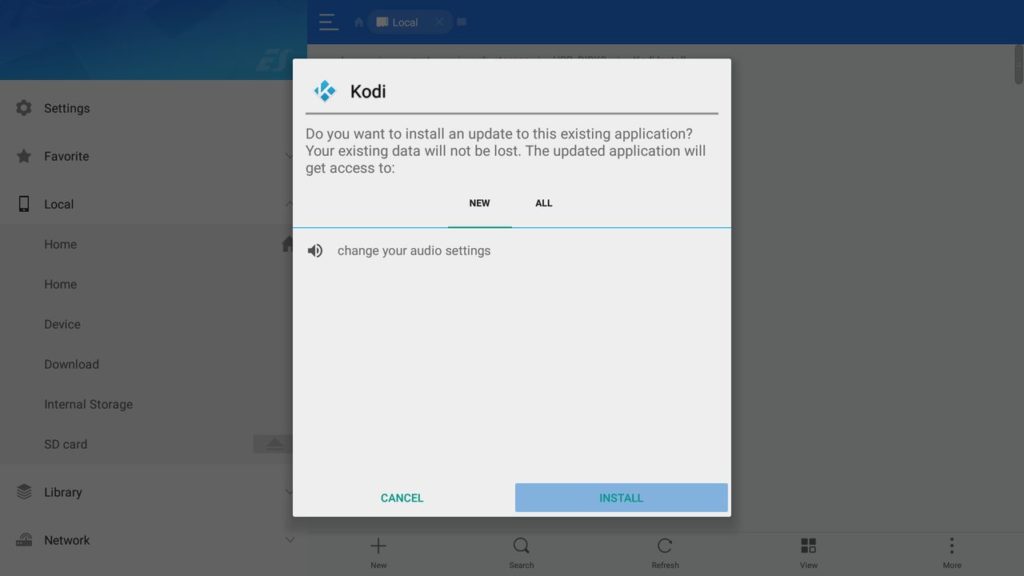 How to Update Kodi on the Firestick using Downloader

Amazon’s Android-based streaming device doesn’t support the Google Play store which complicates updating Kodi on the Fire TV stick. So we’ll need to sideload the APK using a similar process as we did for Android TV boxes.

We’ll be using an app called Downloader which will let us download Kodi on the Firestick and complete the installation.

Before we start, we’ll need to allow app installs from Unknown sources so we can install Android apps not available on Amazon’s App Store. Go into Settings > Device > Developer Options and enable “Apps from Unknown Sources”. 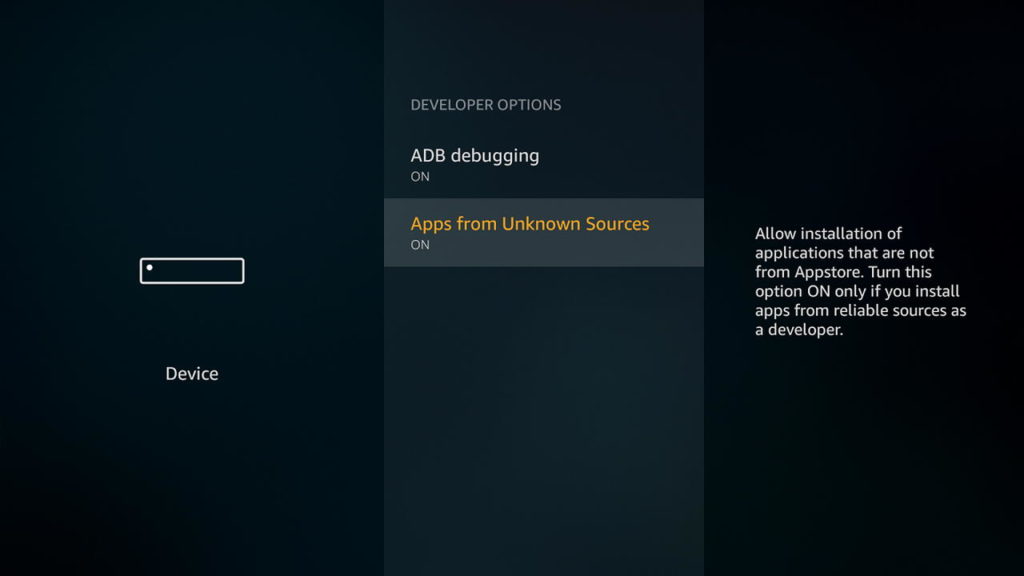 What is the Latest Version of Kodi?

At the time of writing, the latest version of Kodi is Kodi 17.6 Krypton.

Kodi 17.6 is a bugfix release that addresses a number of issues but doesn’t add any new features.

Unfortunately, automatic updates haven’t come to Kodi on all platforms as yet.

If you’ve installed Kodi using the Google Play store or the Windows 10 store, those stores will automatically update Kodi when new versions are released.

How to Update Kodi: Conclusion

Keeping your software up to date is important to make sure you have the latest features and bug fixes.

Now that you know how to update Kodi on your Android TV box, Windows PC and Fire TV stick, all you need to do is kick back and relax!

Have you updated Kodi recently? Did you have any issues? Let me know in the comments!

How Much Does An Android TV Box Cost? Everything You Need to Know