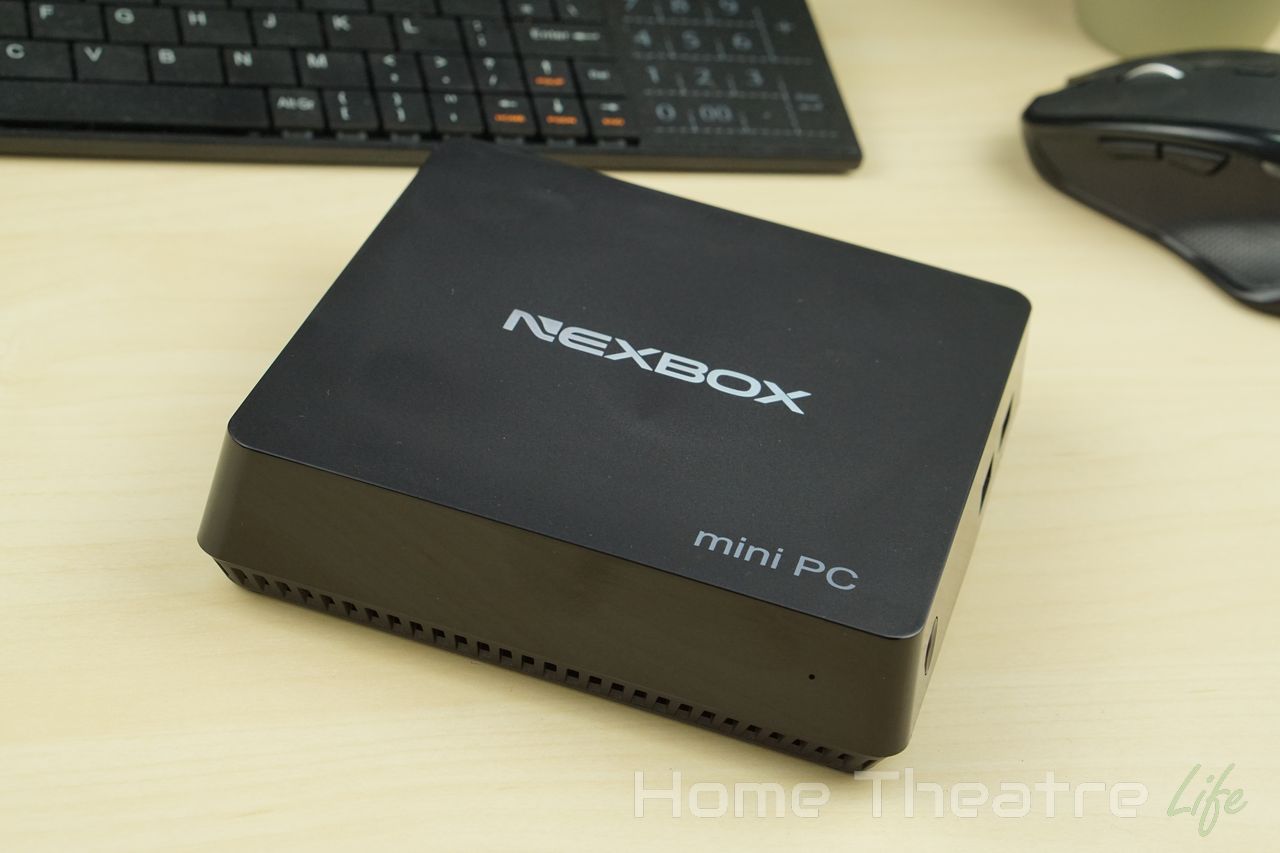 The Nexbox T11 is a new Windows PC powered by the quadcore Intel X5-Z8300 Cherry Trail SoC and features a VGA port and 2.5″ HDD bay. How good is it? Read my Nexbox T11 review to find out.

I want to say thanks to Nexbox for sending me a sample to review.

Use coupon “OCCEWBKS” to get $10 off at GeekBuying 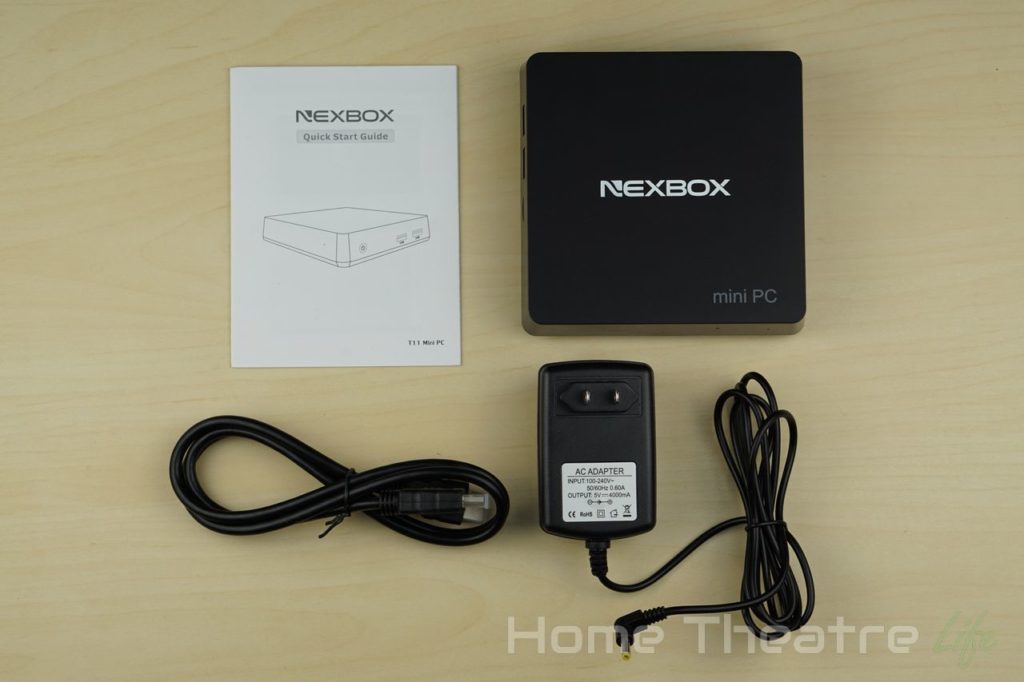 The front of the unit is bare, with all the ports located on the sides and rear. The right side features a power button and two USB ports. 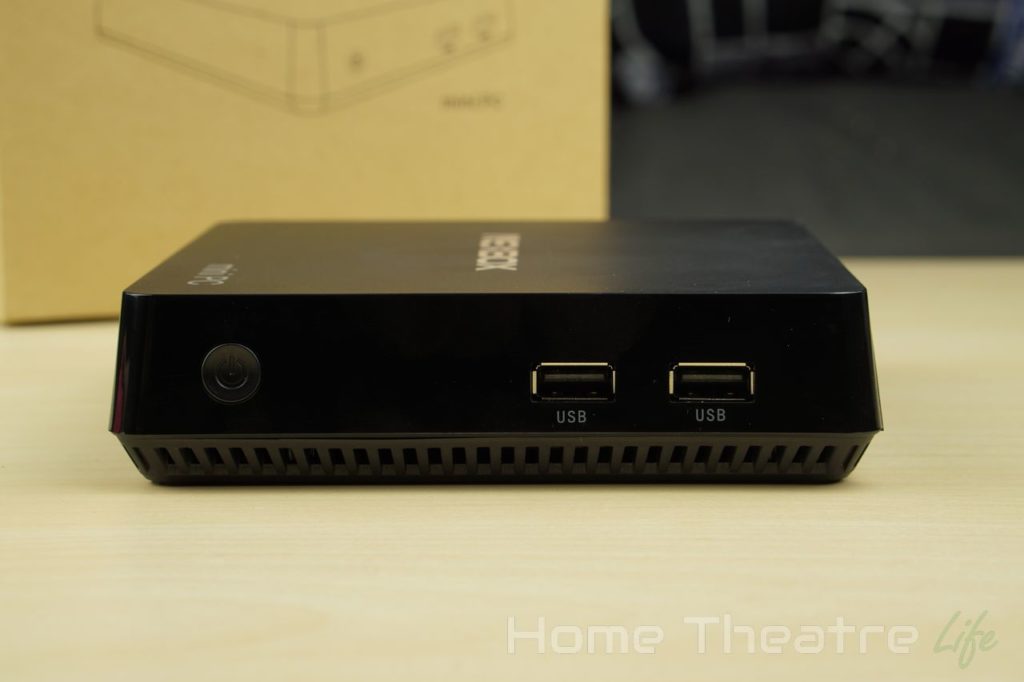 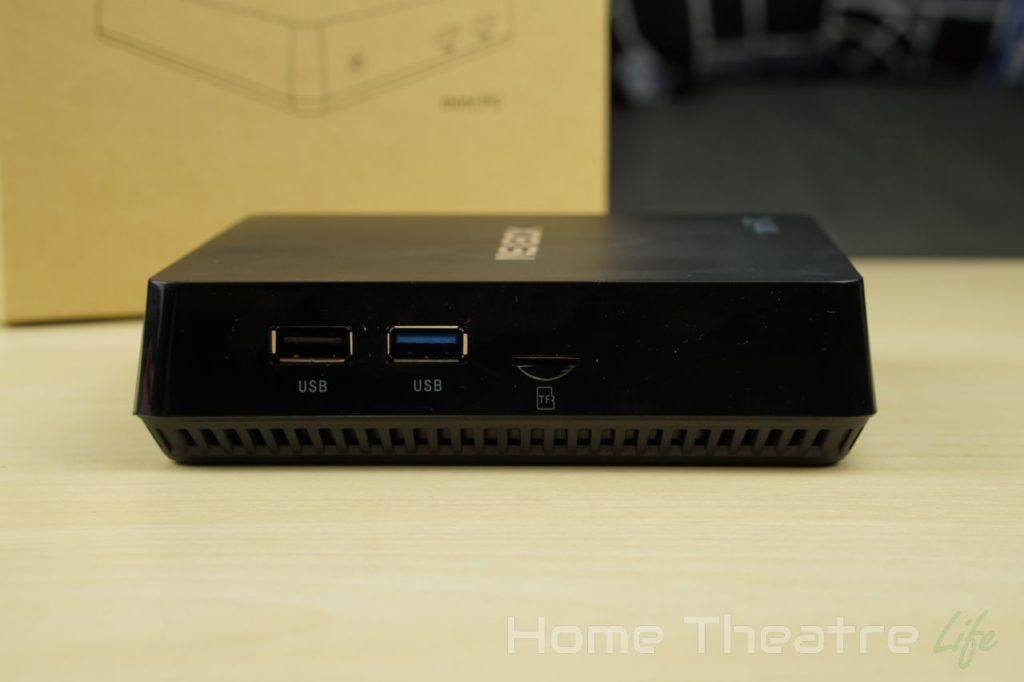 Most of the ports are located on the rear, as you’d expect. Going from left to right, we have a VGA port, 3.5mm audio output, ethernet, HDMI out, micro USB OTG and DC In. 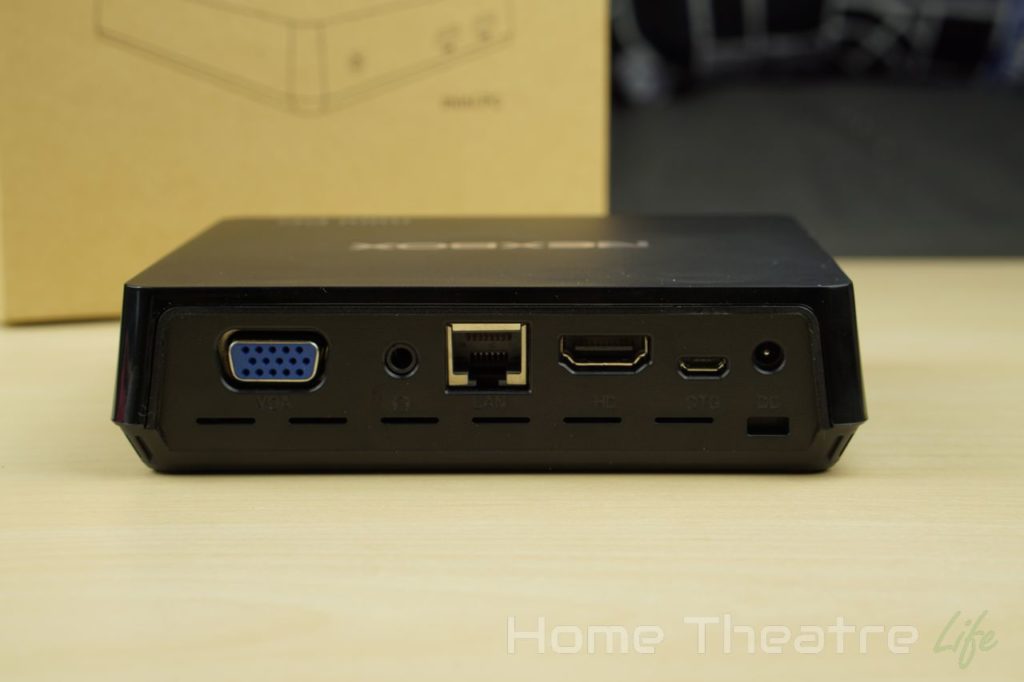 Underneath the unit are keyhole mounts for mounting the unit to the back of a monitor and the 2.5″ hard drive bay.

Holding down the power button boots the unit. With a keyboard and mouse connected, it takes around 30 seconds to boot. Resuming from standby is essentially instant.

The Nexbox T11 ships with the latest version of Windows 10 and is activated out of the box. Windows is stock, without any tweaks or customisation. 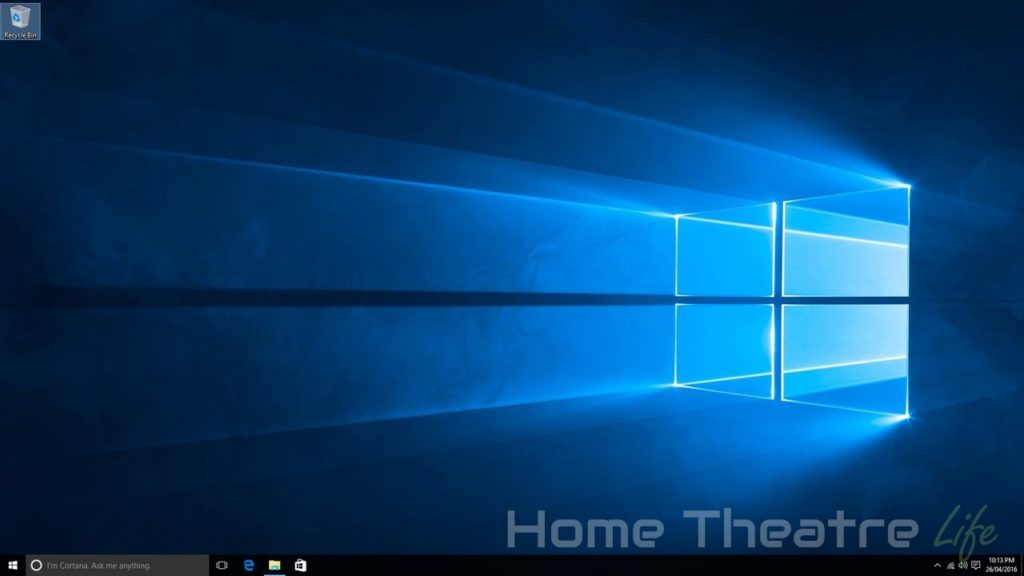 Performance was on par with other devices powered by the Intel X5-Z8300. Everything felt great to use and basic multitasking was fine, with several browser Windows and video playback proving no issue for the Nexbox T11.

Installing an additional HDD via the 2.5″ HDD bay is as easy as opening up the bay and sliding in the new HDD into the SATA port. It was readily recognised as an additional drive once initialised via Windows’ Disk Management program.

Those wanting to use two monitors are covered as Nexbox states that you can use both the VGA and HDMI ports simultaneously for a dual monitor setup. 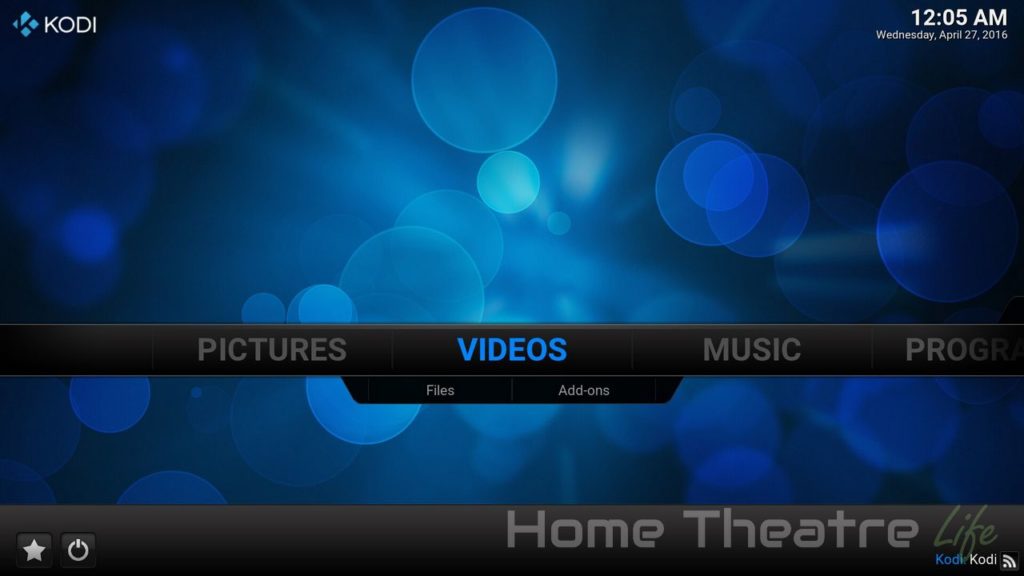 Media playback on the Nexbox T11 was generally excellent, on par with other Cherry Trail-powered Windows mini PCs.

All the most common codecs played back well and even my 1080p Hi10p samples were able to be played via software decoding.

Deinterlacing performance was good and automatic framerate switching is supported for correct playback of videos once enabled in Kodi’s settings. Netflix plays back in HD via the native Windows 10 app, offering a superior experience to the web version. 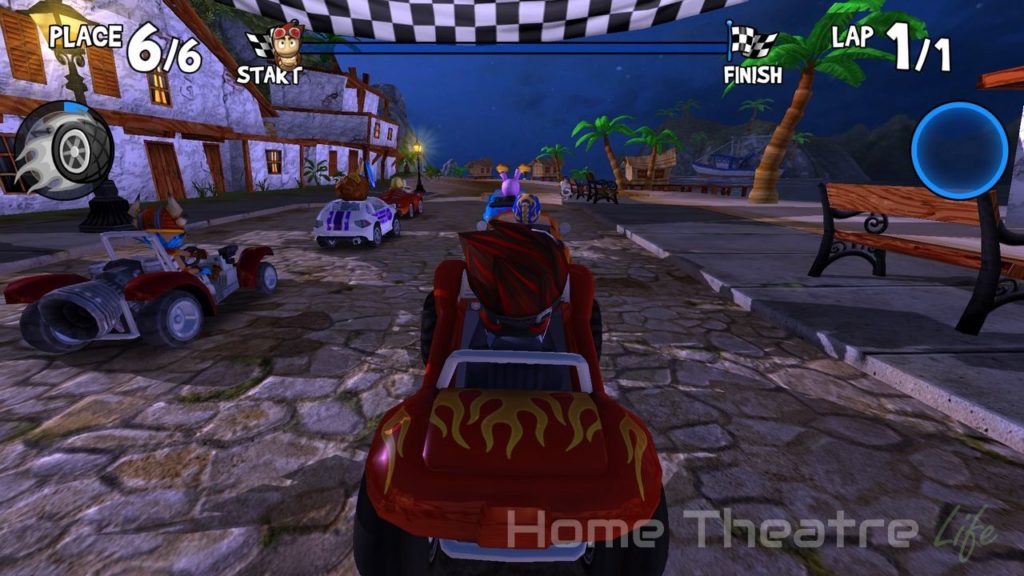 I was initially worried about the gaming performance as my first boot showed low frame rates during gaming. However, after a reboot, everything seemed to be stable so it’s possible Windows was still configuring.

Gaming performance was good. The relatively simple Jetpack Joyride played smoothly and I didn’t have any issues maintaining a good framerate in Beach Buggy Racing, even at maximum settings. 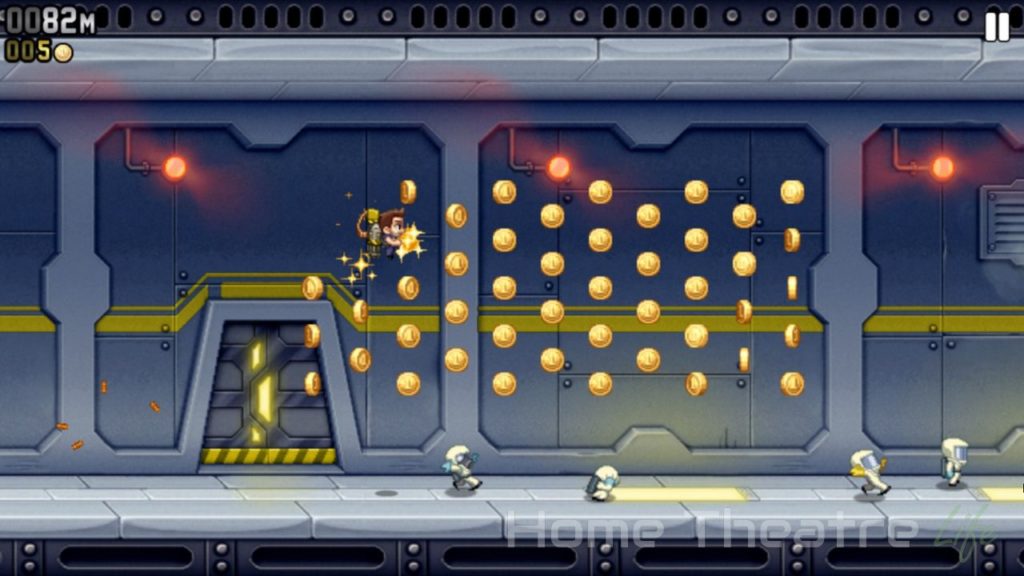 I was able to hook up my Gamesir G3 using the USB dongle to have it detected as an Xbox 360 controller.

Pairing up a Bluetooth keyboard was easy and worked well without any issues.

Wireless performance was decent on the Nexbox T11, with upload and download speeds of 23.3 Mbps and 38.1 Mbps respectively on the 2.4GHz band. Ethernet performance was reasonable, with upload and download speeds of 87.1 Mbps and 86.1 Mbps respectively. 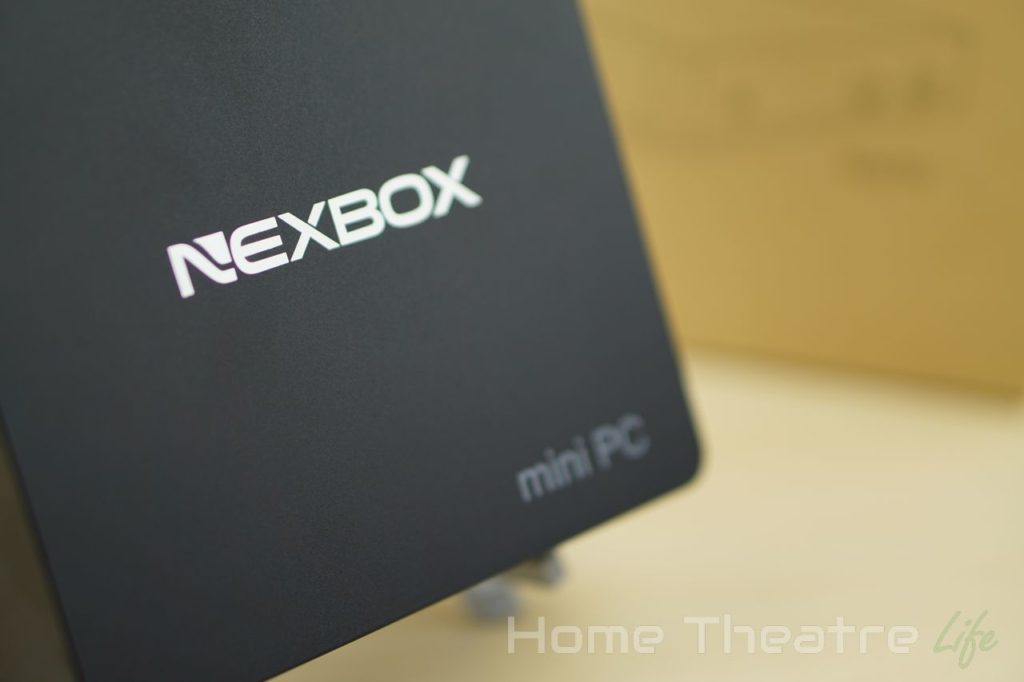 The Nexbox T11’s thermal performance seems to be decent. After stressing the Nexbox T11 using HeavyLoad, HWiNFO reported that the SoC temperature capped out at 82°C. HWiNFO didn’t report any throttling however the CPU speed did periodically drop to 480Mhz so I’m not sure what’s occurred. Ambient temperature was 19.6°C. 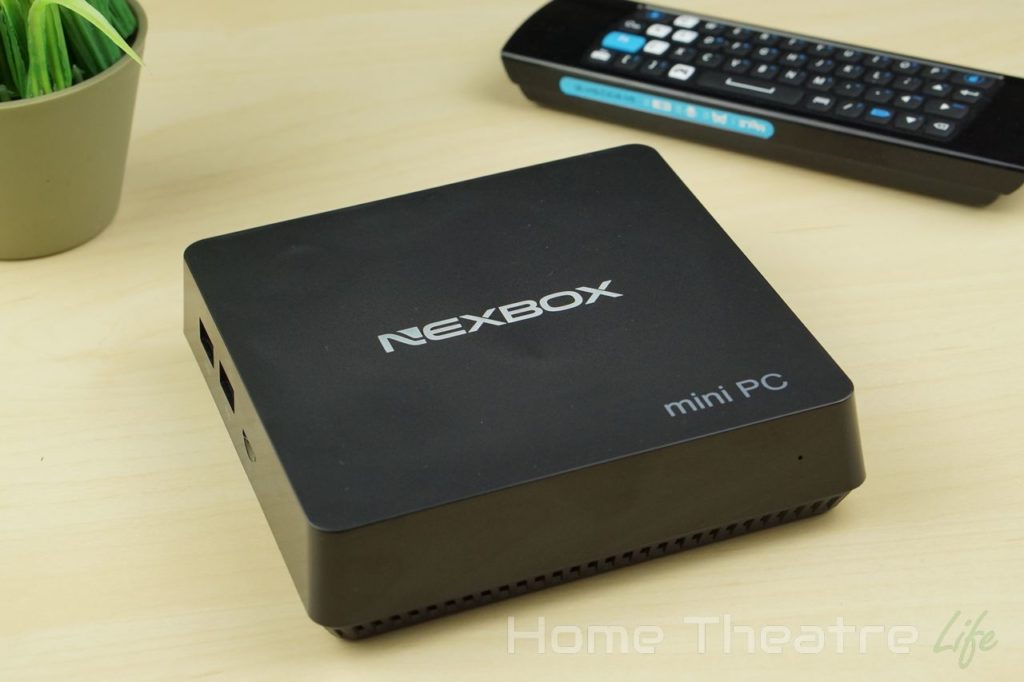 The Nexbox T11 is another decent Windows 10 PC powered by Intel’s X5-Z8300. Performance was comparable with other Cherry Trail boxes whilst the ability to use dual monitors without adapters and add another HDD via the 2.5″ bay will undoubtedly be a benefit for power users.

It’s not the flashiest of boxes, but it held up well during testing and extra features such as the VGA port and SATA bay make it a winner for power users.

You can get the Nexbox T11 from Geekbuying, GearBest and [amazon text=Amazon&asin=B01DVZYND0] for around $130.

Use our exclusive coupon “OCCEWBKS” to get $10 off at GeekBuying!

Nexbox T11
Respectable performance and great inclusions such as the VGA port and SATA bay raise this device above its ordinary looks.
Pros
Cons
7.4