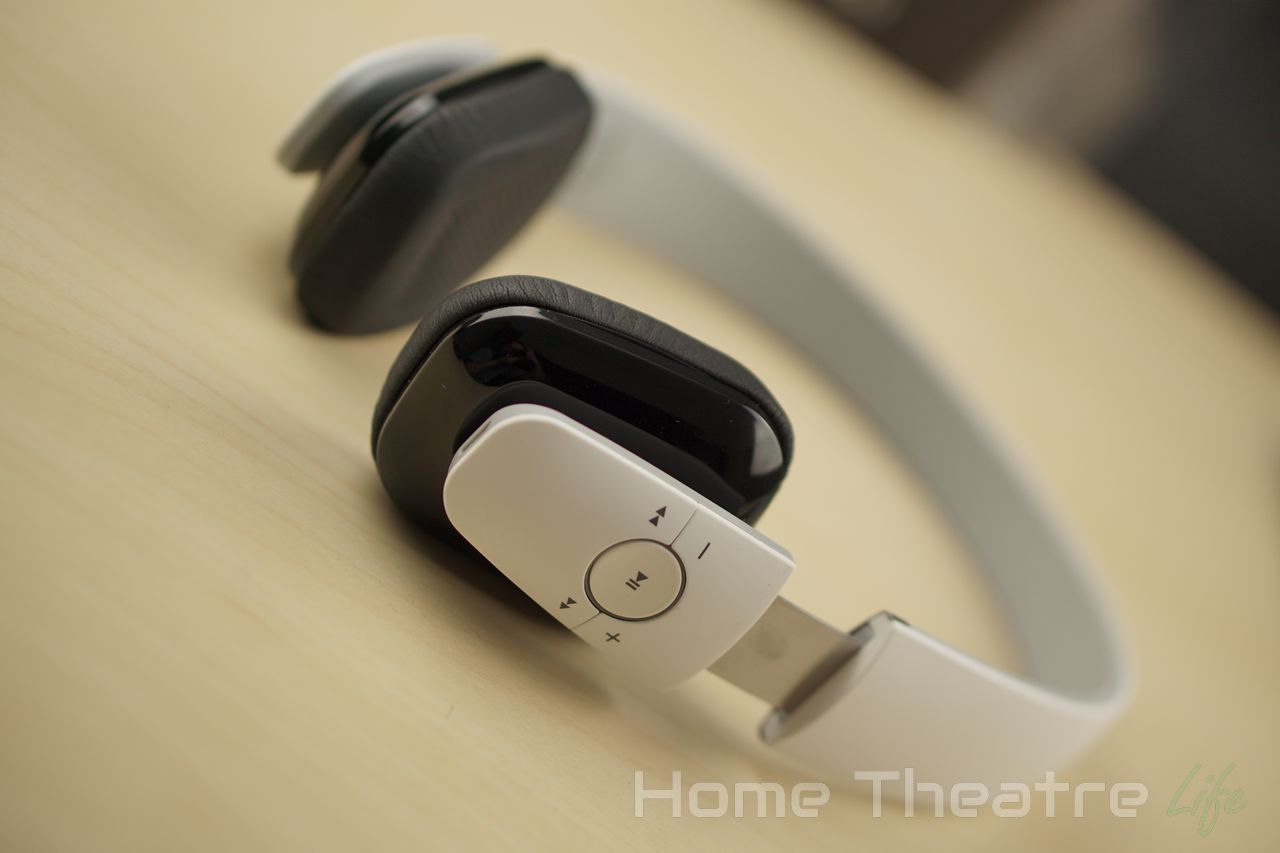 The UMI Voix Blu are the latest headphones from smartphone maker UMI. After receiving good feedback from their Voix in-ear headphones, UMI have taken the same design priciples and applied them to a set of traditional headphones. But are they any good? Read our UMI Voix Blu review to find out.

I want to say thanks to Coolicool for sending me a sample to review.

Who Are They For?

If you hate wires but love traditional headphones , the UMI Voix Blu are a great option. Useful features such as NFC pairing, Bluetooth 4.0, built-in microphone and full music control are all here. They also look pretty stylish too. 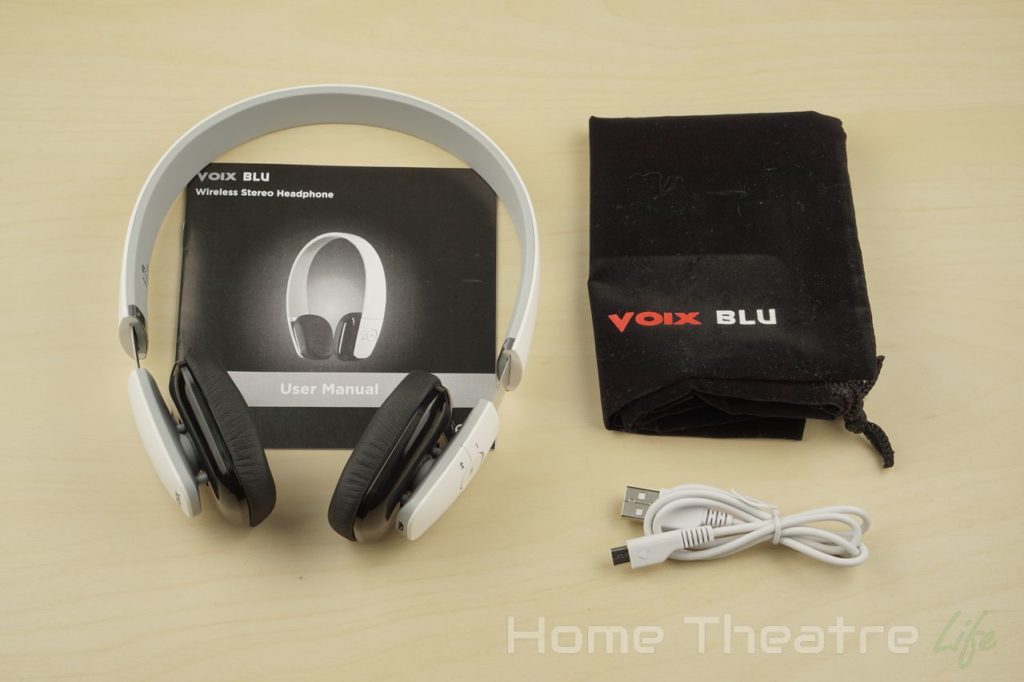 UMI have given the basics inside the box:

I like the fact that UMI have included a soft carry case for the headphones to help protect them. It’s a nice touch.

The UMI Voix Blu are a stylish looking set of headphones. Fitting in with the trend of subdued colors, the UMI Voix Blu features an elegant combination of white, light grey and black. Brushed stainless steel attaches the ear cups to the headband, adding to the aesthetic.

The right earpiece houses a full set of media playback controls such as Play, Volume Up/Down and Forward/Next Track. There’s also a micro USB charging port and a microphone. The left earpiece houses the NFC tag for easy pairing with compatible devices. Pairing the UMI Voix Blu was simple once I figured out how to get the headphones into pairing mode. The instructions aren’t the clearest here. You hold the Play button down for several seconds until the LED flashes red and blue but the unit has to be off when you do this.

Pairing in Android and iOS was as simple as selecting the “BLU” device in the Bluetooth menu. If you’ve got an Android phone that supports NFC, it’s even easier. Just hold the left earcup against your phone a few seconds and it’ll pair once you accept the prompt. 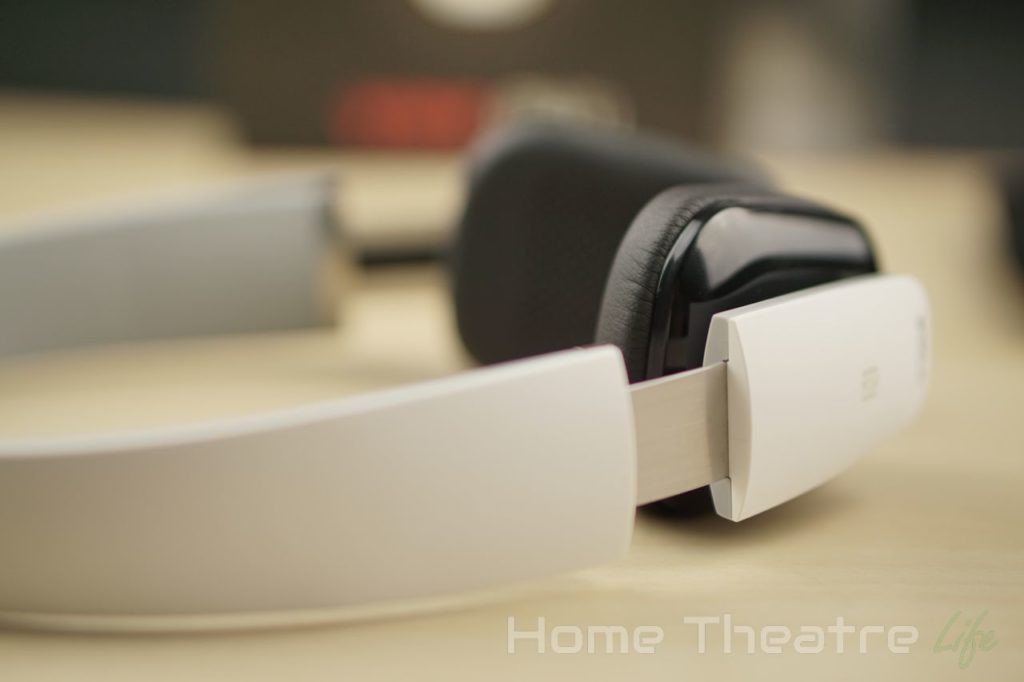 Thanks to iOS 9’s new battery widget, you can even get the Blu’s battery level displayed on your phone which I found pretty handy.

The power LED pulses blue when the headphone’s are connected which I found a little annoying. During the day it wasn’t an issue, but they did tend to draw attention in the dark.

The rectangular ear cups are a good size, proving good coverage of my ears. The soft leather-like material on them is really comfortable. I didn’t have any issue wearing them for hours and my ears remained cool. 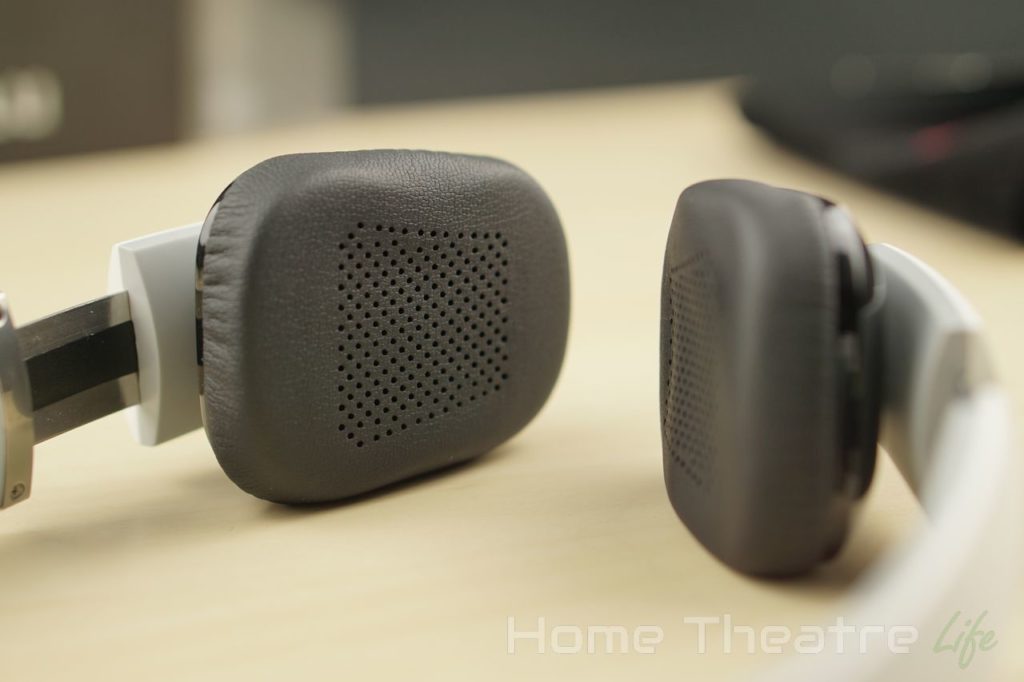 The music playback controls worked well. I found it really useful to be able to control my music from the headphones rather than fishing my phone out of my pocket.

However, I did struggle to find the buttons in the beginning when wearing the headphones. The control surface is pretty smooth apart from the dimpled Play button. It would have been nice to have some braille-eqse bumps to help locate key buttons, particularly as the buttons become difficult to press on their edges.

The Bluetooth 4.0 connection was fairly solid. UMI quotes the estimated range as about 10 meters, although I think you could easily exceed that as long as you have line of sight. When I was still, there weren’t any breaks in the music. Oddly, I did experience occasional dropouts when walking with my phone in my left pocket. As long as my phone was in my right pocket (the side I suspect houses the Bluetooth receiver), it was all good.

In terms of battery life, UMI quotes that the UMI Voix Blu should be good for 10 hours and I found that to be pretty accurate. The UMI Voix Blu kept running after a week of regular use. Thankfully, charging is handled via micro USB so it was easy to charge my headphones wherever I was. The UMI Voix Blu isn’t focused on accurate audio reproduction. Rather, it definitely falls into the “fun” category. There’s a slight emphasis on bass over mids and highs. As a result, there’s can be lack of detail at higher frequencies but not enough to detract from enjoying your music.

That’s not to say they sound bad. In fact, it’s quite the opposite. Bass-heavy tracks such as Bassface by the Midnight Beast sound nice and punchy. Tracks reliant on treble still sound good but the strong bass tends to muddy some of the detail.

There’s some isolation but its far from a complete seal. The earcups are large enough to cover your ear canals, but it doesn’t provide an airtight seal so there’s some sound leakage. If you have your music loud, you’ll be able to drown out background noise but be prepared to share your music with the people next to you.

The built-in microphone is functional but is limited by its position. Located in the right earpiece, it’s effectively behind your voice and thus, struggles to pick up your voice with significant volume. This meant that the other party found it difficult to hear me when there was background noise. In a quiet environment it was fine. 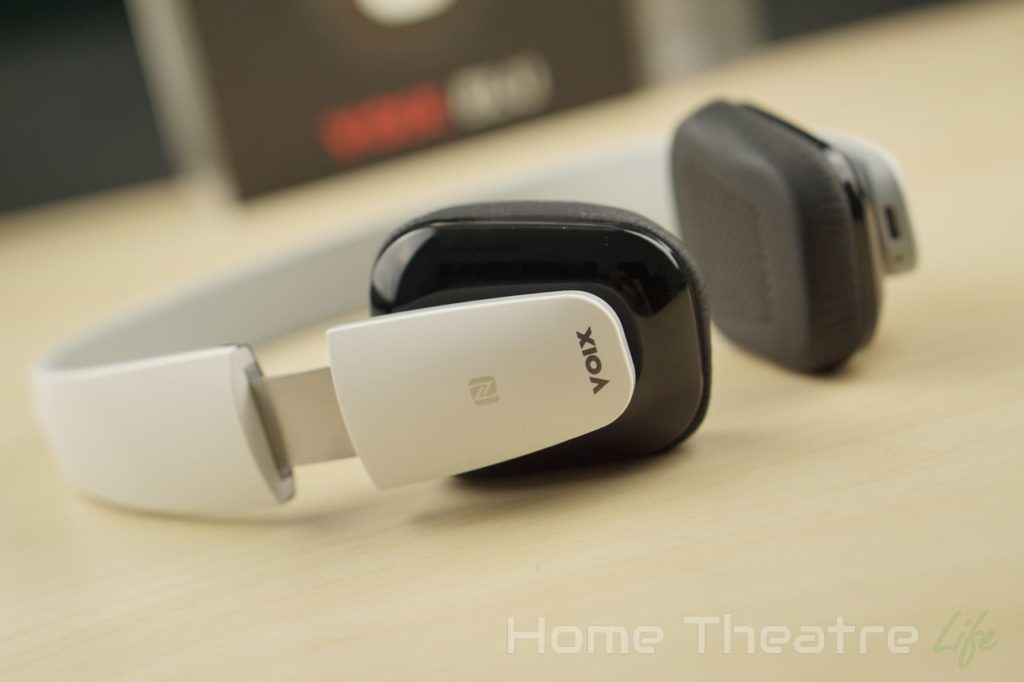 I really enjoyed the UMI Voix Blu. It’s an impressive first stab at the Bluetooth headphone market for UMI with a comprehensive set of features.

I did find the pulsing power LED annoying in dark environments and I would have liked to see a more balanced approach to bass, but its not enough to be an issue.

Overall, they’re stylish, sound great and offer an impressive set of features. If you’re in the market for Bluetooth headphones, the UMI Voix Blu is a great option.

The UMI Voix Blu is available from Coolicool for around $50.

UMI Voix Blu
Stylish and feature packed, the UMI Voix Blu have an impressive amount of bang for your buck. Although there's some odd design choices, the overall package looks and sounds great for most.
Pros
Cons
8.2