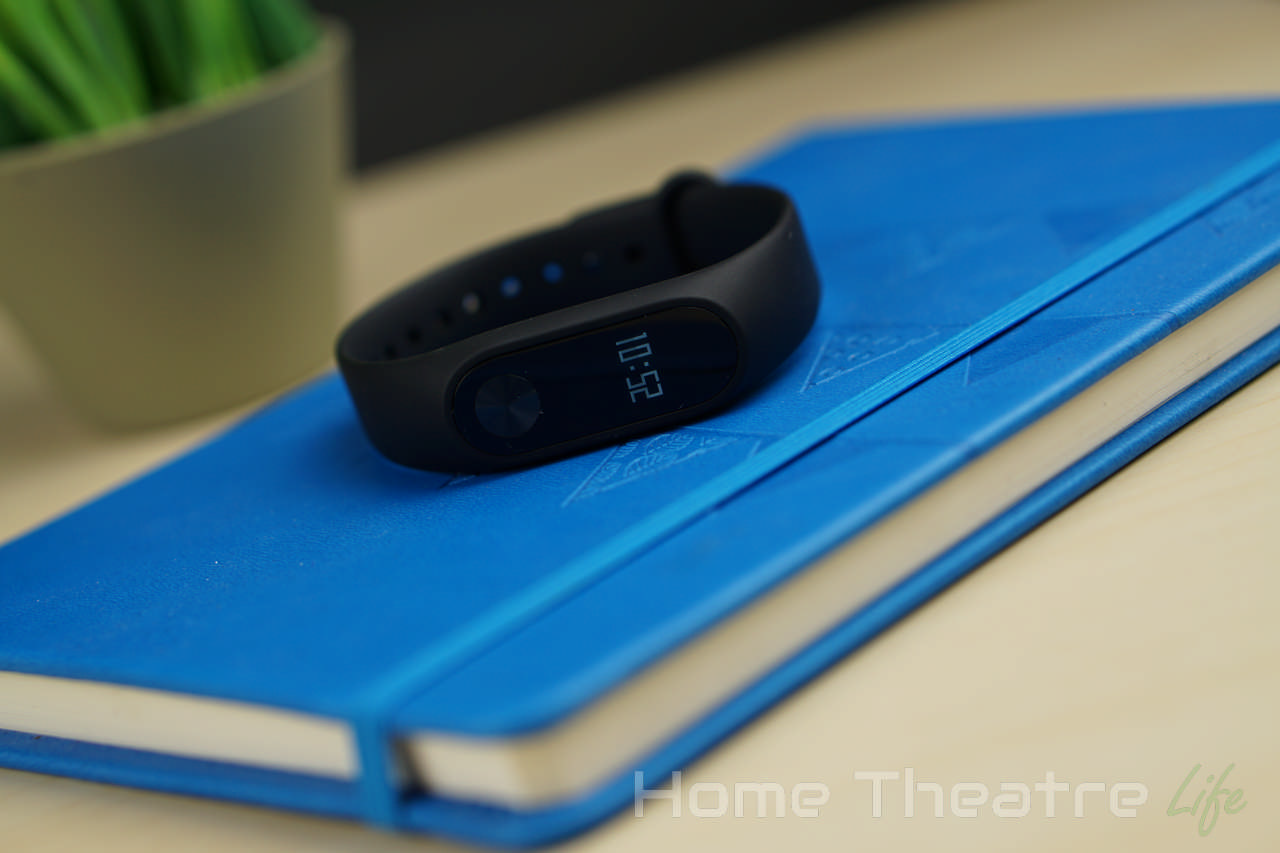 The successor to Xiaomi’s wildly successful fitness band, the Xiaomi Mi Band 2 builds upon its predecessor with a OLED display and touch button. Is it any good? Read my Xiaomi Mi Band 2 review to find out!

You can buy the Xiaomi Mi Band 2 from GearBest for under $40. 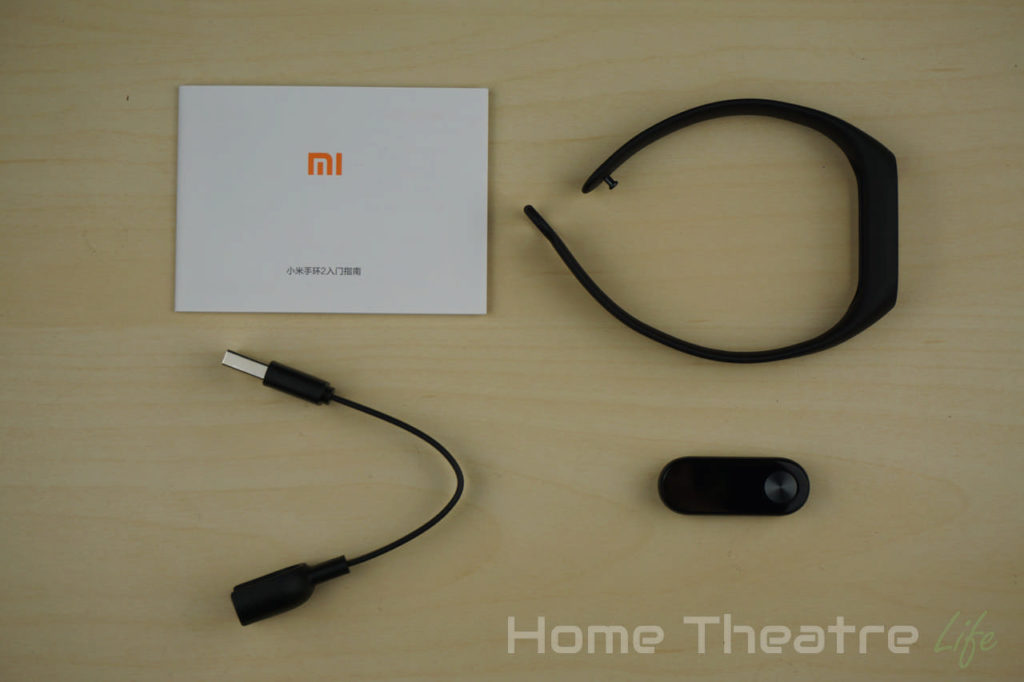 The first thing you notice about the new Mi Band 2 is the updated design. Gone is the silver of the previous design, replaced with a glossy black screen and anodized aluminium button. It looks great.

The screen itself is nice and bright and I didn’t have any issues viewing it in strong sunlight, though the reflective surface does pick up some glare. 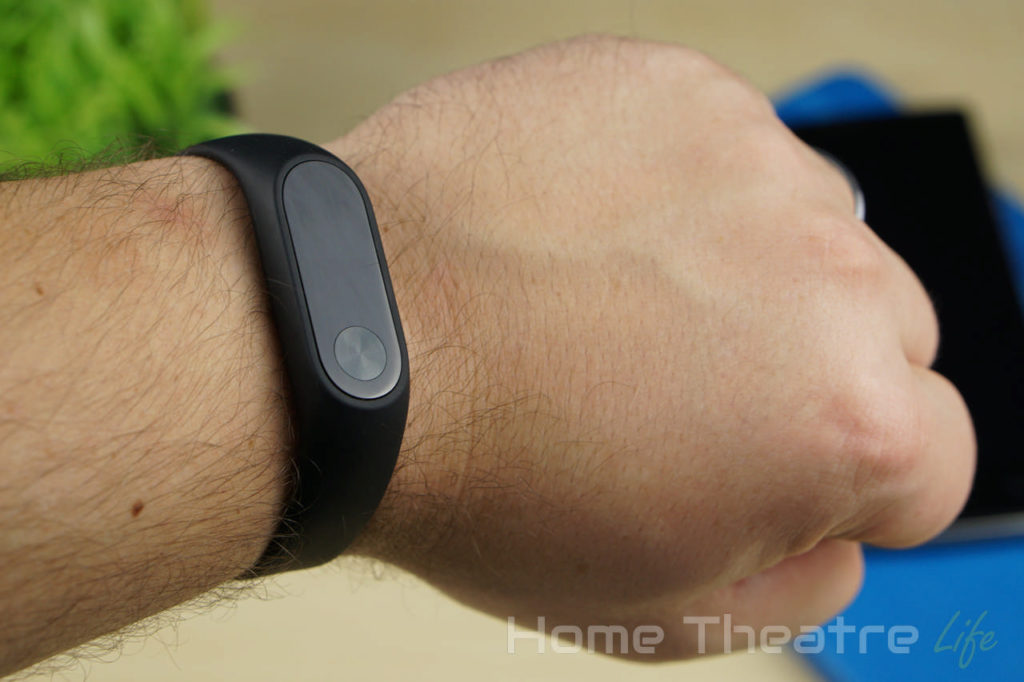 There’s also two charging pins located at the bottom when the it’s slid into the included charging cable. The capsule isn’t the only thing that’s changed, as even the band itself got an update. The new band is far softer than its predecessor, making it even more comfortable. The clasp has also been updated to match the unit’s black button. 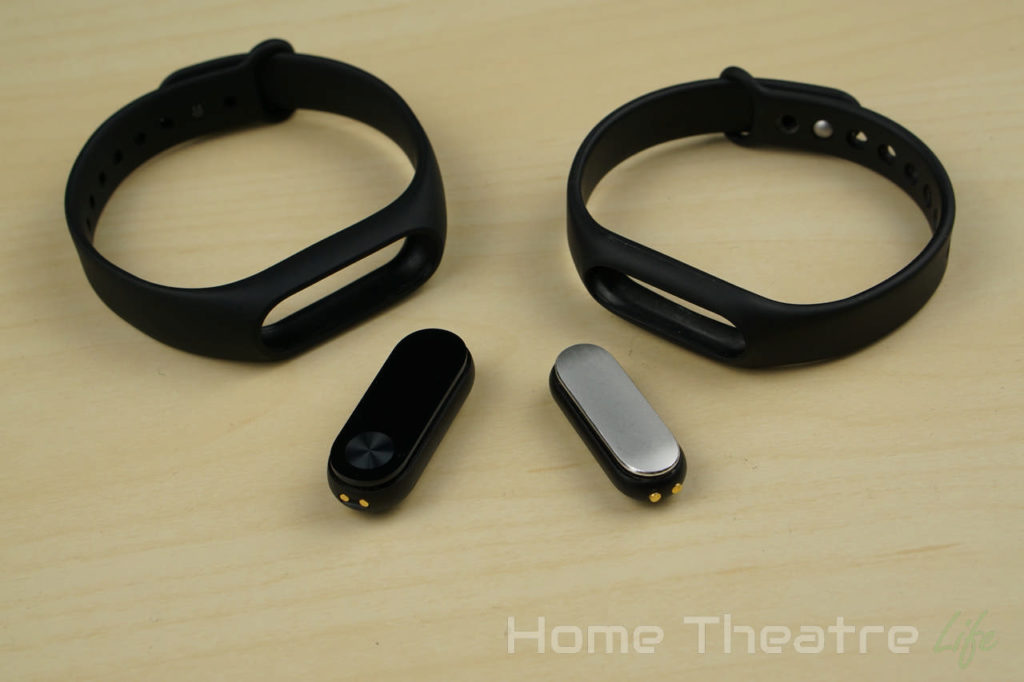 The Xiaomi Mi Band 2 is charged via the included charging cable, taking a couple of hours to charge. 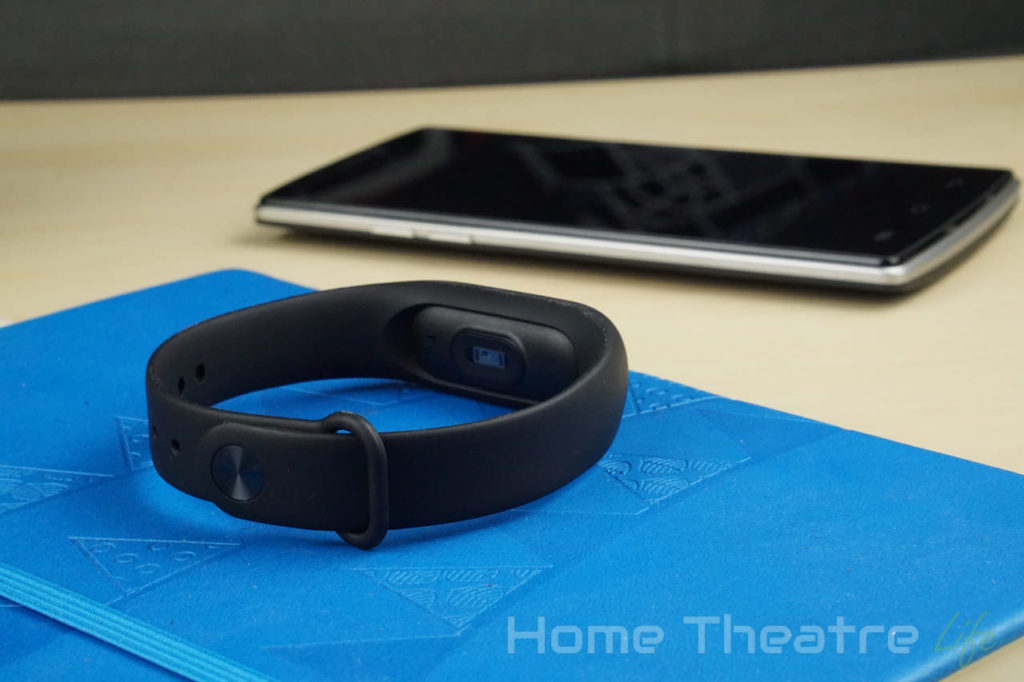 Pairing the device up is done via the Mi Fit app which has recently got a stylish new redesign. The app guides you through the whole process, requiring you to sign up for a Mi Account in order to track steps and sleep info.

I was initially worried I couldn’t pair the Mi Band 2 as it didn’t appear in the app’s pairing menu. However, after unpairing my Mi Band 1, I selected “Mi Band” and it paired the Mi Band 2 correctly. 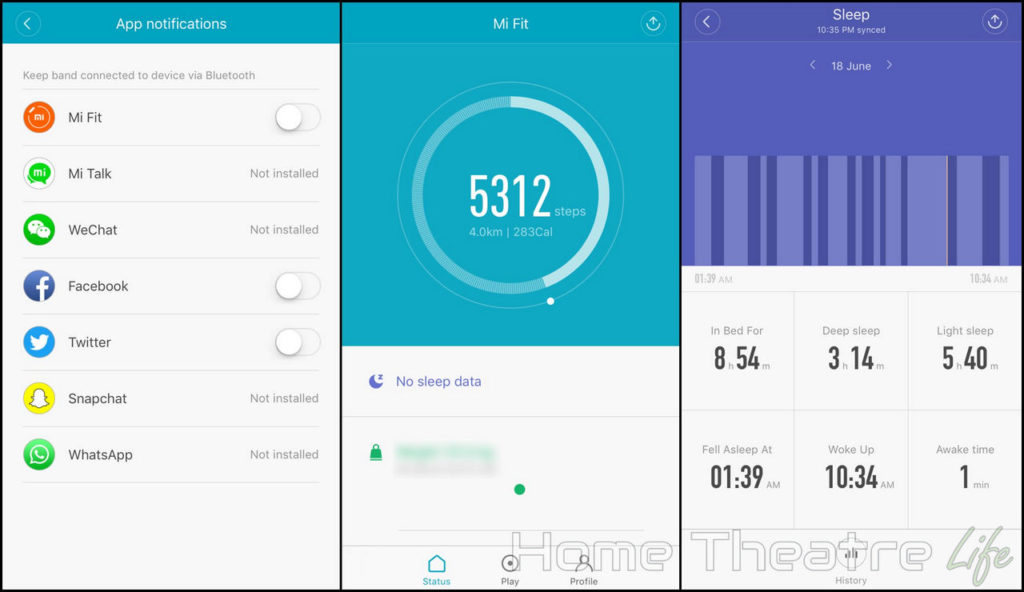 The app allows you to access all of the band’s functions, including separate screens for monitoring steps and sleep quality.

There’s also a “Play” section that allows you to set up incoming call alerts, notifications for certain apps such as Twitter and Facebook, set the silent alarm and activate the idle alert which will remind you to move.

Firmware updates are also handled via the app automatically. There was an update available as soon as I paired the band up. It was automatically downloaded and applied. The whole process took a few minutes but was painless.

Tracking fitness data using the Mi Band 2 is simple, with the unit automatically tracking your steps and sleeping at all times. The various metrics can be accessed by repeatedly pressing the button.

With the new screen and button, you can now get your steps, time and other metrics all on your wrist without opening up the Mi Fit app. You can also now trigger the heartrate monitor from your wrist, meaning that I actually used the feature as getting my phone out every time was a massive pain with the Mi Band 1S. 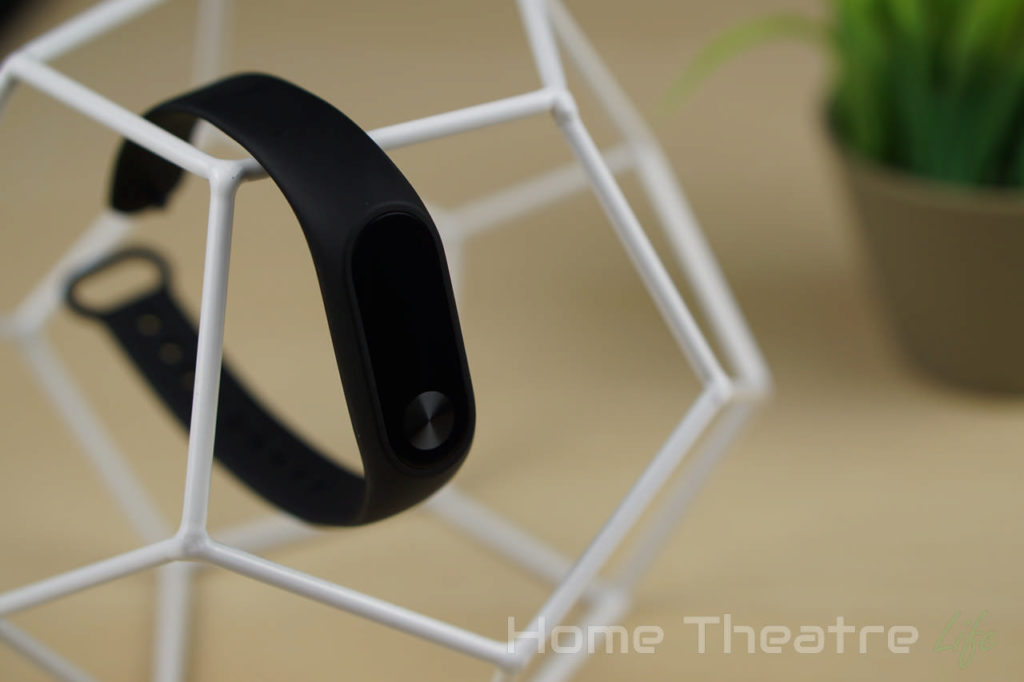 Xiaomi have claimed that they have updated their pedometer algorithm and I have to say it appears to be slightly improved. I found that their new algorithm is better at ignoring unrelated arm movements, resulting in slightly lower steps being counted.

Comparing the steps recorded on my Mi Band 2 against my iPhone 6 was impressively close. During one test run, the Mi Band 2 counted 3853 steps against my iPhone’s 4067 over the course of a morning, corresponding to a difference of around 6%. 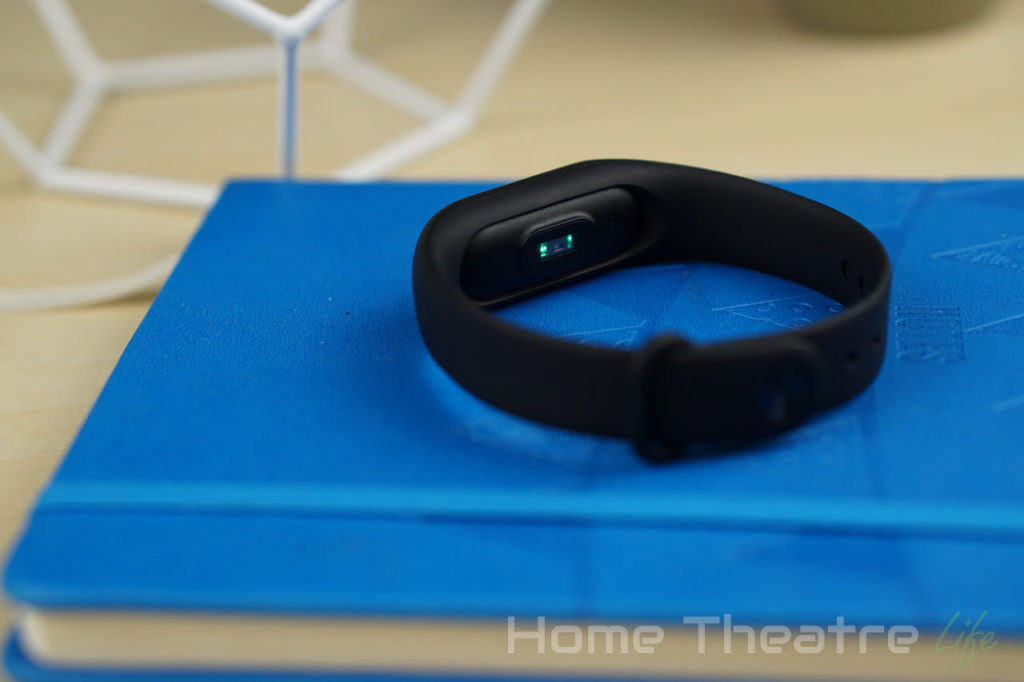 The heartrate monitor appears to be as accurate as other optical heartrate monitors. Comparing it to the monitor integrated into my Samsung Galaxy S7, the Xiaomi Mi Band 2 was generally within 1-2 bpm at all times which is impressive.

Sleep is tracked automatically but I can’t comment on it’s accuracy apart from when it correctly identified when I woke during the night. There’s also an option to periodically check your heartrate when you’re sleeping to improve accuracy which I’d recommend you turn on.

The silent alarm is a great function, vibrating the unit to wake you up. I found it always worked and the customised schedule that can be set inside the app is incredibly handy.

I’m also glad Xiaomi removed the “Early Wake Up” function for alarms that was in the old version of the app as it never worked as expected.

Notifications worked really well for Twitter, Facebook and incoming calls as you’d expect. There’s not much information displayed aside from source of the notification, such as Twitter’s logo appearing on your wrist when you get a Twitter notification. 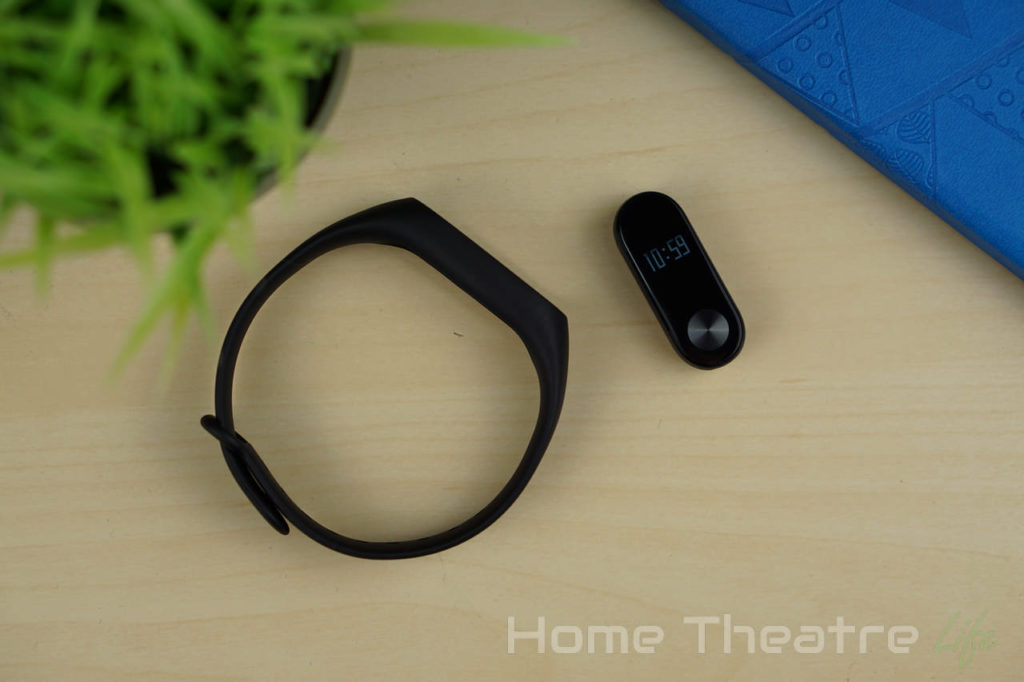 Xiaomi have noted that the addition of the screen would reduce the battery life of the Xiaomi Mi Band 2 over the previous model.

I found the battery dropped around 4% a day, so I’d estimate that 20-ish days of battery life is realistic. After 7 days of use, I was only down to 70% battery.

That’s still excellent and, now that you can view the battery status on the screen, you’re less likely to put it on when it’s dead (a mistake I made with the Mi Band 1S a few times). 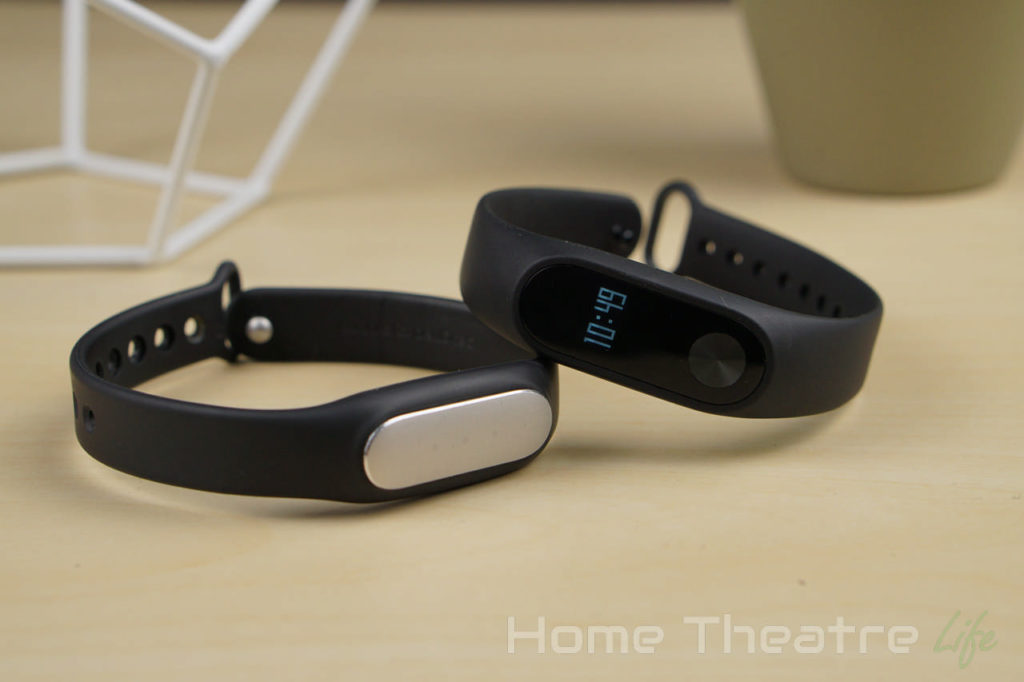 So it’s inevitable that you’ll want to know what’s changed since the previous model.

Aside from the obvious addition of a screen and button, the Xiaomi Mi Band 2’s capsule is slightly larger than the Mi Band 1S. This means that it does ride slightly higher than the previous model and makes it look more like a fitness device than a fashion accessory. 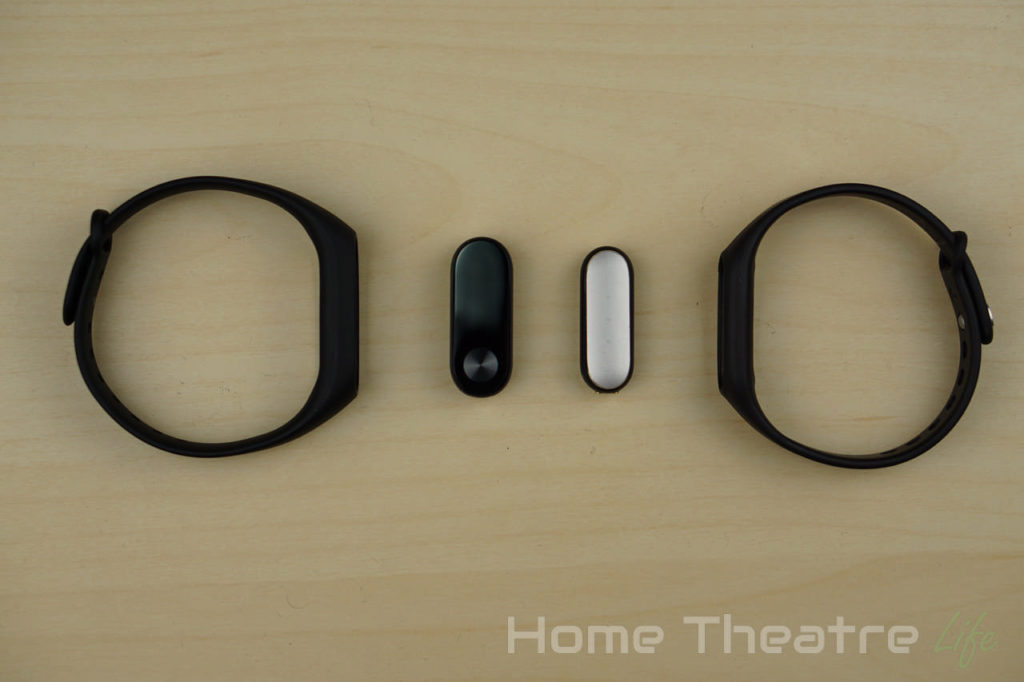 The band is also much improved, using a far softer and more comfortable rubber. I’ve barely taken it off over the week and it’s never felt uncomfortable. 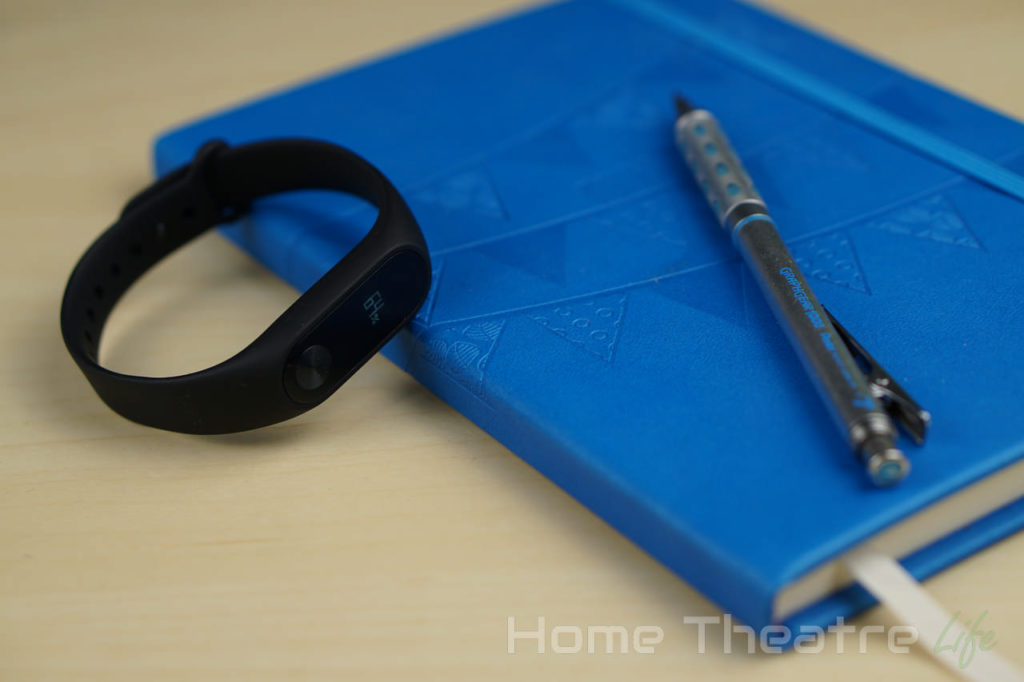 The Xiaomi Mi Band 2 is an amazing follow up that improves on the previous model in nearly every way. By adding a screen and button, interacting with the device has become far more intuitive than the three LED lights on the Mi Band 1S.

For a mere $40, you’re getting an amazingly well-built and designed fitness tracker that runs rings around most of the competition.

If you’re looking for a fitness tracker that can go toe to toe with the Fitbit at a fraction of the cost, you can’t go wrong with the Xiaomi Mi Band 2. Truly a must-have gadget.

Where to Buy the Xiaomi Mi Band 2

The Xiaomi Mi Band 2 is available from GearBest for under $40.