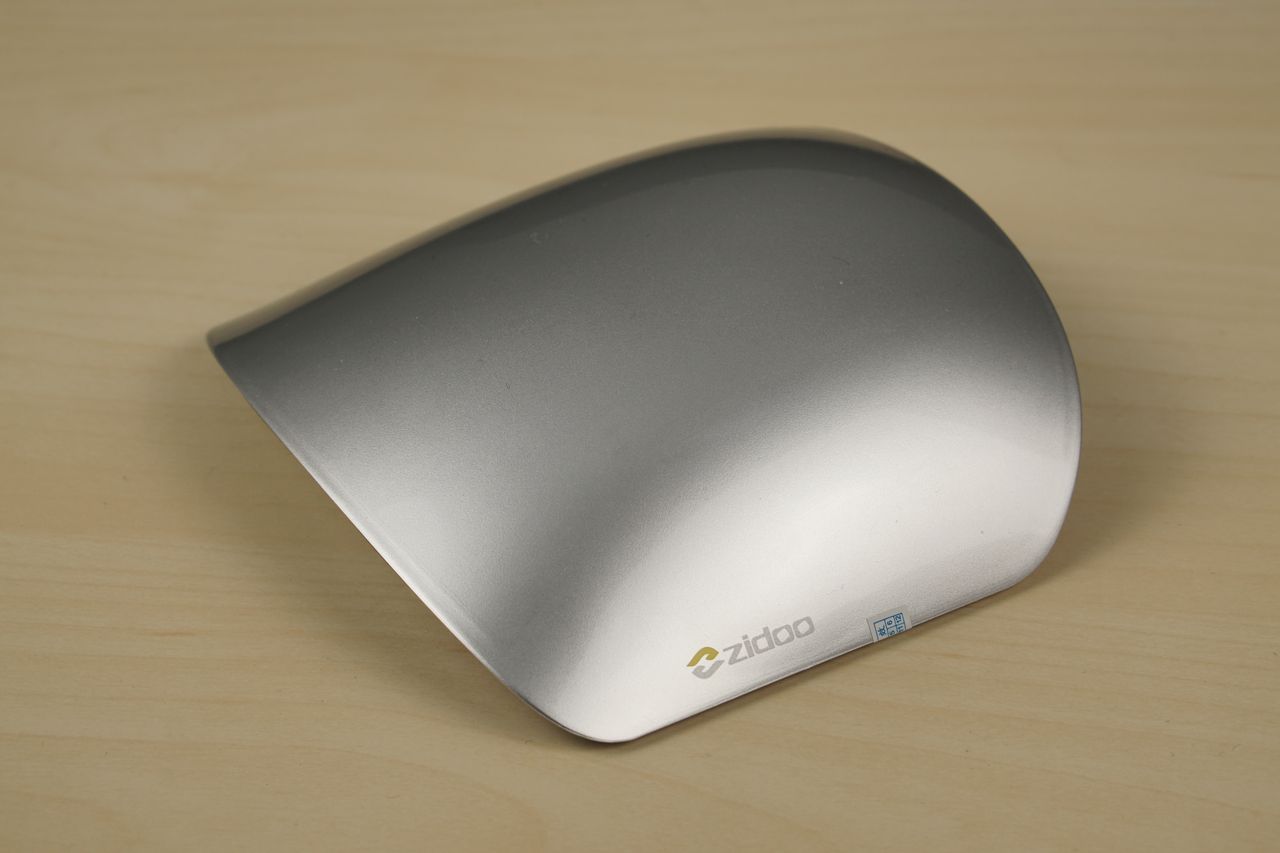 The Zidoo X1 is Zidoo’s latest Android mini PC. Powered by the Allwinner H3, this compact unit packs in 1GB of RAM and 8GB of storage into a very futuristic design. But how successful is Zidoo’s second device?

I want to say thanks to Zidoo and GeekBuying for sending me a sample of the Zidoo X1 to review. Click here to view the latest price. 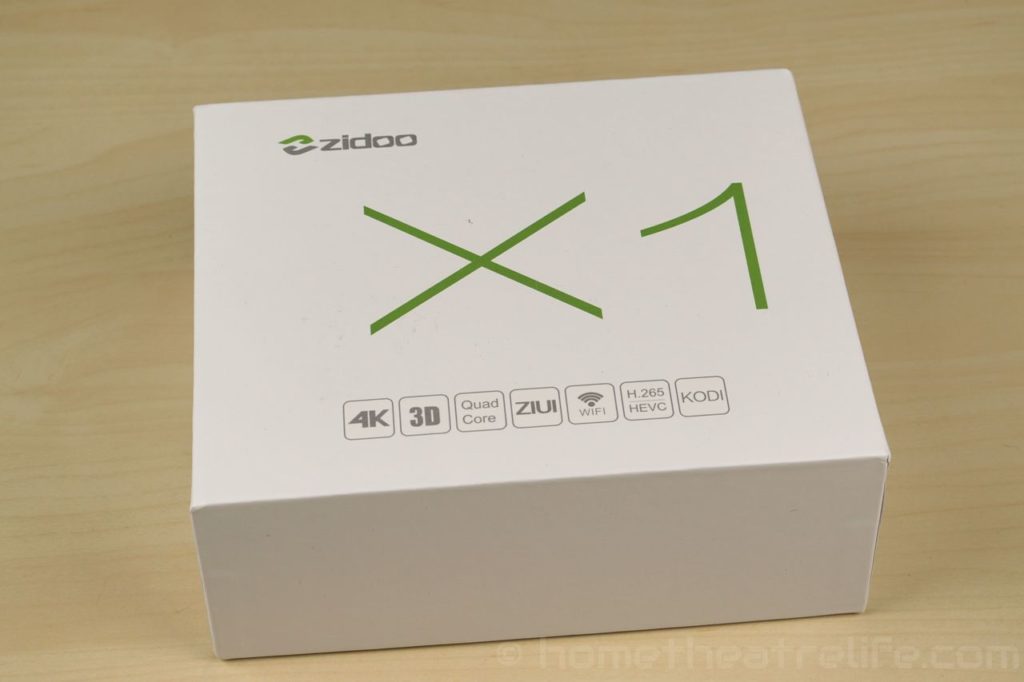 Inside the box, Zidoo have provided: 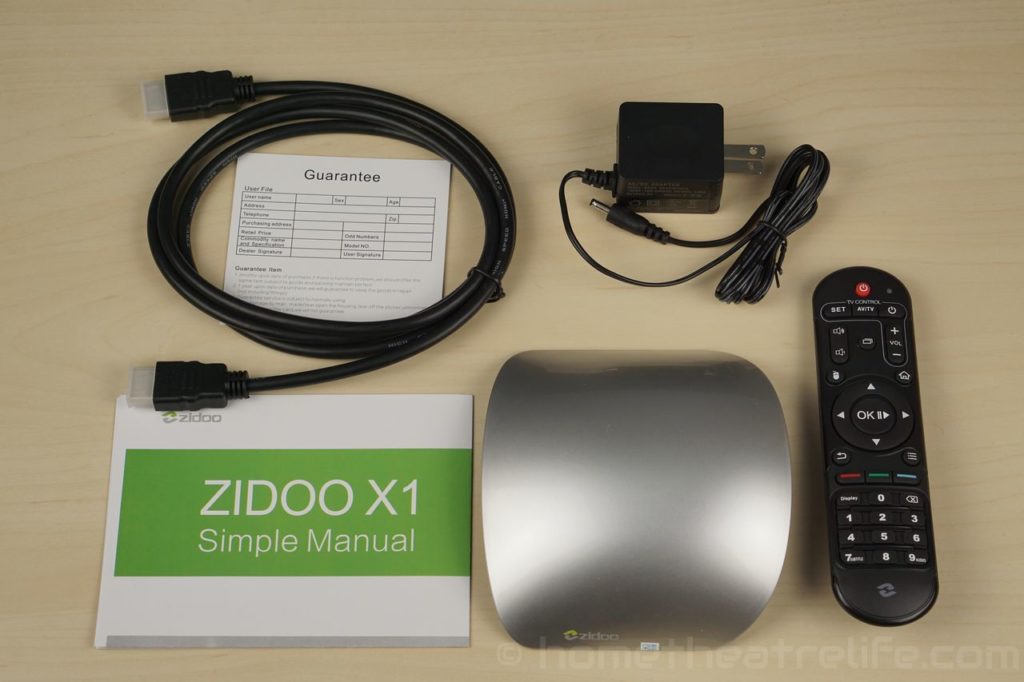 Let’s get this out of the way. The Zidoo X1 looks fantastic. It reminds me of an insect shell from the future. Kudos to Zidoo for investing in their design rather than the standard black square/rectangle we so often see. 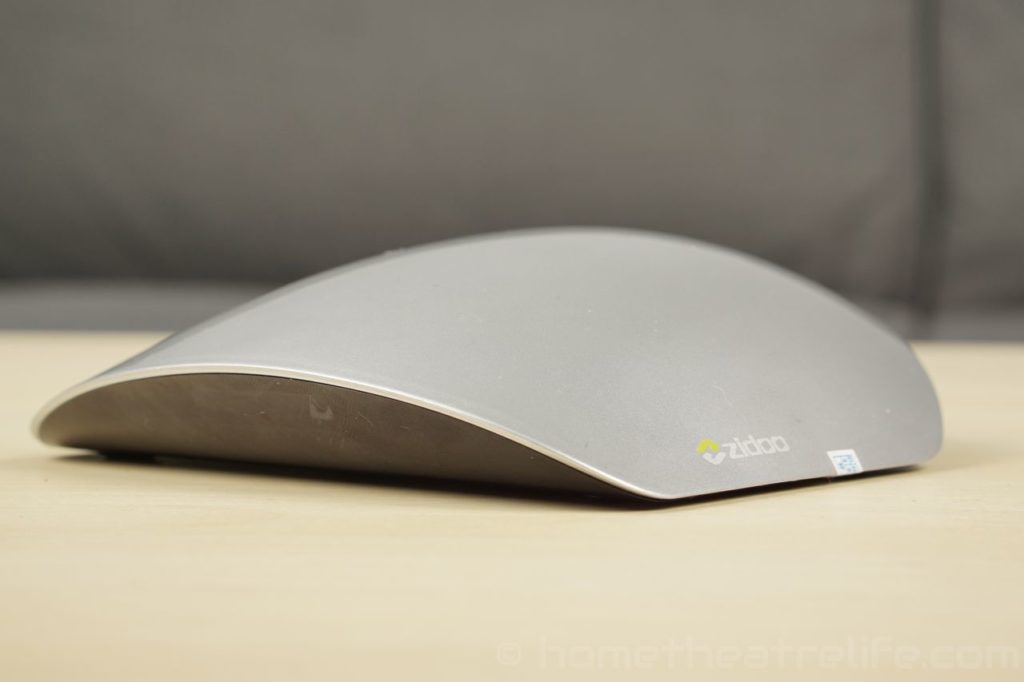 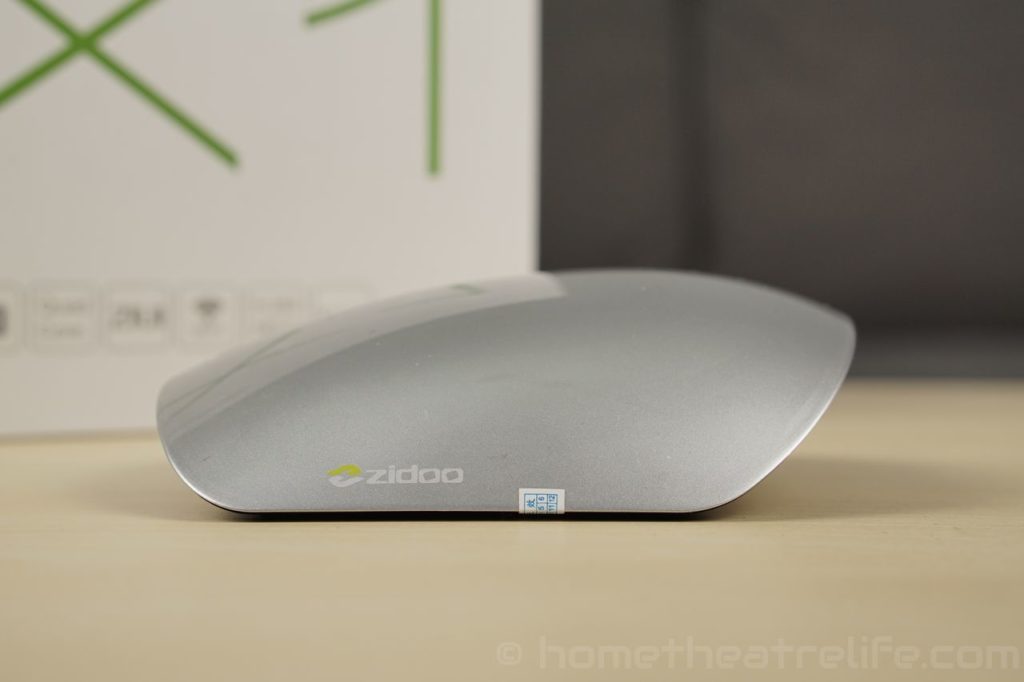 All the ports are hidden around the back of the unit. From left to right, we’ve got the composite video port, USB 2.0 port, Ethernet, another USB port, microSD card slot and DC power input. It can get a little cramped behind there. Getting out the Ethernet cable is a nightmare thanks to a lack of space and the case’s lip. Thankfully, this isn’t something most people will need to do often. The included remote is pretty good. It features a solid set of Android buttons (including a task switcher). There are also 3 customisable shortcut keys whose functions can be set in the UI and the top set of buttons can learn your TV remote’s IR signals. The Zidoo X1 automatically powers up when plugging it in. Boot times are average at around 49 seconds. The device resumes instantly from standby so it’s not a big issue but worth mentioning nevertheless.

The X1’s preloaded with Android 4.4 and a custom Kodi fork call ZDMC, but more on that later. The device was rooted once I updated the firmware. 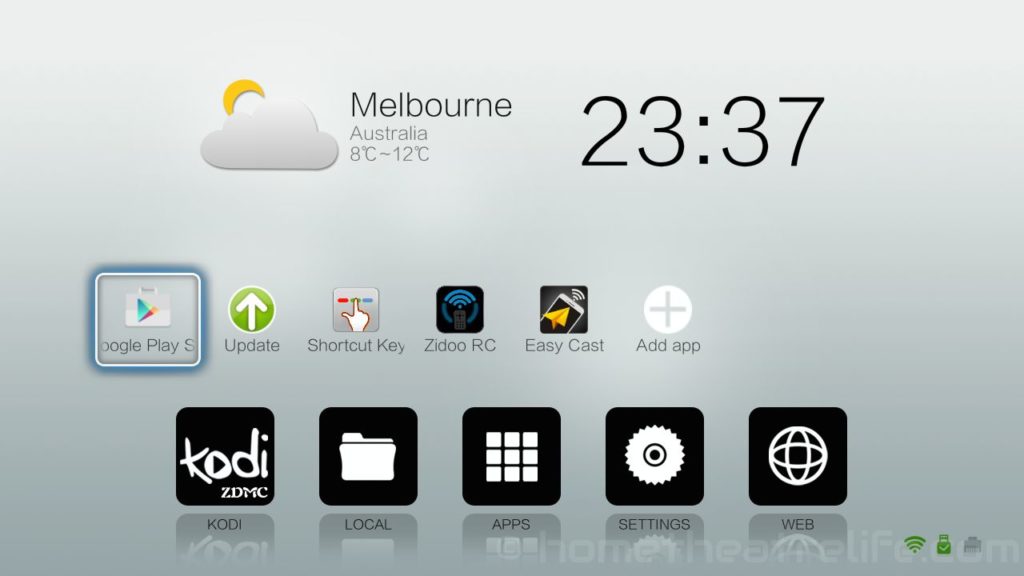 The custom launcher, ZIUI, looks fantastic and animates well. This isn’t surprising however, given Zidoo’s impressive efforts on the Zidoo X9. It’s locked at 720p like the Tronsmart Draco H3, but videos play at their native resolution. There’s a really handy feature to be able to set apps to boot on launch, perfect for booting straight into Kodi rather than ZIUI. 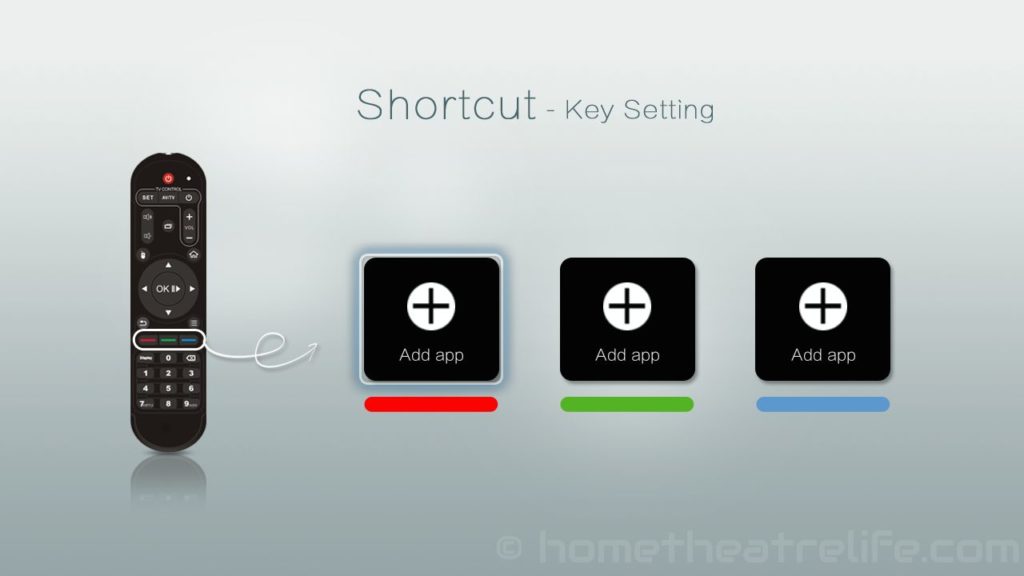 The Zidoo X1 is said to support HDMI CEC and my Samsung TV did pick it up as an Anynet+ device but refused to connect. However, it seems Anynet+ is a slightly modified version of CEC and posts on Zidoo’s forums suggest they’re working on compatibility. 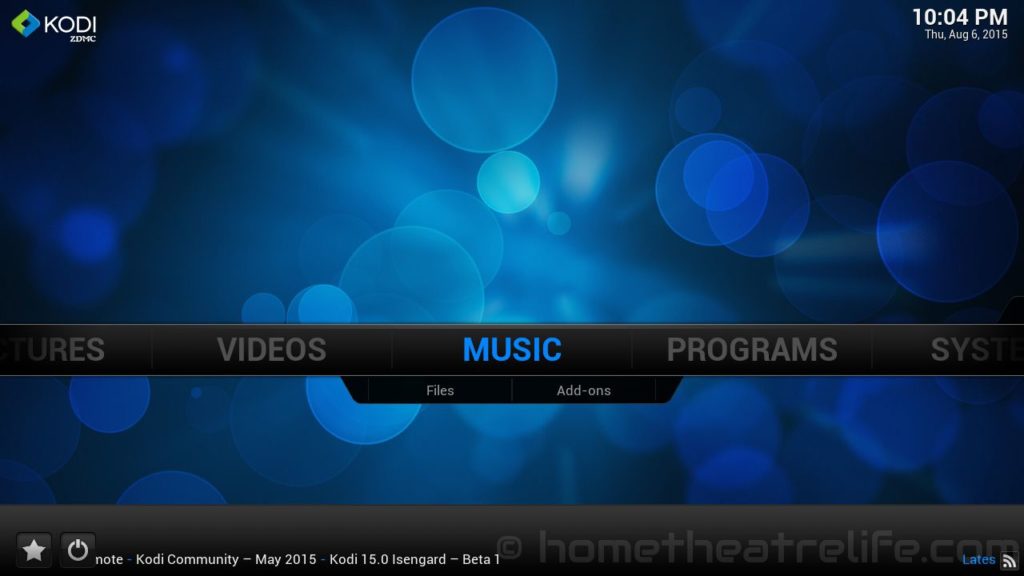 I was able to play the Sintel Bluray ISO in ZDMC without issue so Bluray ISOs appear to be supported.

I had issues with some videos in ZDMC not playing back in the correct aspect ratios. I couldn’t use stock Kodi 15.0 as it only rendered videos at 720p due to the UI resolution lock. I also experienced occasional dropped frames in my 1080p60 sample which was frustrating. Given Zidoo’s history with updates, I believe they’ll eventually fix these issues however.

ZDMC offers a custom implementation of Automatic Framerate Switching, but its awkward. When you try to play a video it detects as 24Hz, it asks you if you want to switch. This works well, although being asked every time is a nightmare. It also doesn’t work with other framerates (such as 30Hz) and seemed to incorrectly detect some of my samples.

I was able to plug in my USB drive and 2.5″ HDD and play videos. The USB drives were automatically mounted upon plugging them in.

Gaming performance was ok but not amazing. The less demanding Jetpack Joyride was no problem and played really well. Beach Buggy Racing on maximum settings was fairly playable, although heavy action tended to cause some severe drops in the framerate. 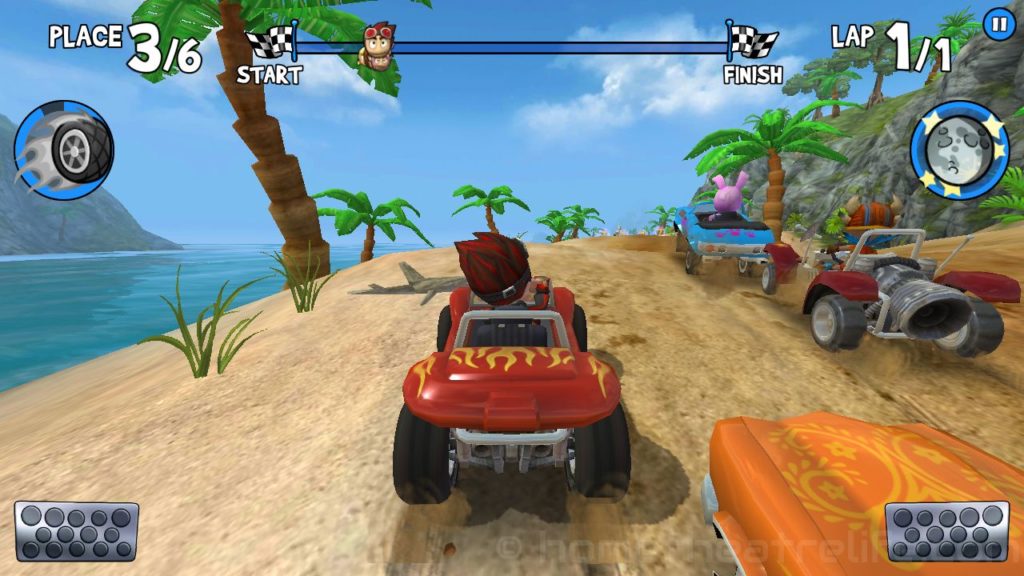 Unfortunately, the Zidoo X1 lacks Bluetooth. This means no Bluetooth game controllers which is frustrating for those who love gaming. Thankfully, I could still connect up my Tronsmart Mars G01 to use it to play Beach Buggy Racing but it means one of the two precious USB ports are taken up.

Wireless performance on the Zidoo X1 was pretty good. Average download speeds were some of the best I’ve seen at 45.9 Mbps. Upload speeds were ok, reaching 10.1 Mbps on average. In real-world usage, I didn’t experience issues streaming my 4K and 1080p samples from an NFS share and could watch YouTube without any noticeable buffering.

Ethernet performance was good, almost reaching the 100 Mbps limit with download and upload speeds of 94 and 94.89 Mbps respectively. 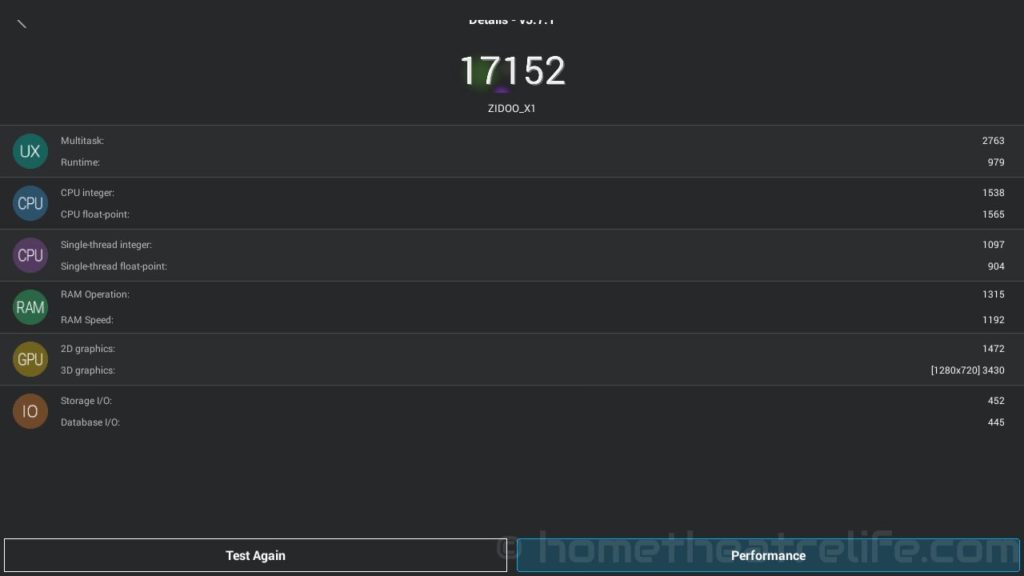 Internal memory read/write speeds were around 17.4and 5.77 MB/s respectively, which is relatively slow. However, this didn’t seem to impact usability of the unit. RAM copy speed was benchmarked at 845 MB/s.

I feel pretty mixed towards the Zidoo X1. On one hand, Zidoo have clearly invested so much time and effort in nailing the physical and software side. The unit looks fantastic and ZIUI sets the bar for other Android TV box manufacturers. However, video playback was a mixed experience outside of the most common codecs and no Bluetooth is a little disappointing. That said, if you’re only wanting to play 1080p content and some light gaming, the Zidoo X1 is a good option.

You can get the Zidoo X1 from GeekBuying. Click here to view the latest price.

Zidoo X1
The Zidoo X1 is a great looking unit let down by some odd quirks. It looks fantastically futuristic and has a slick UI to match, which is both beautifully animated and well thought out. However, playback issues with 4K video - one of the "big" features of the Allwinner H3 - falls completely flat. If your needs for a media player are relatively basic, the Zidoo X1 will suit you well. Those needing something that can play a wider range of codecs should invest elsewhere.
Pros
Cons
7.2