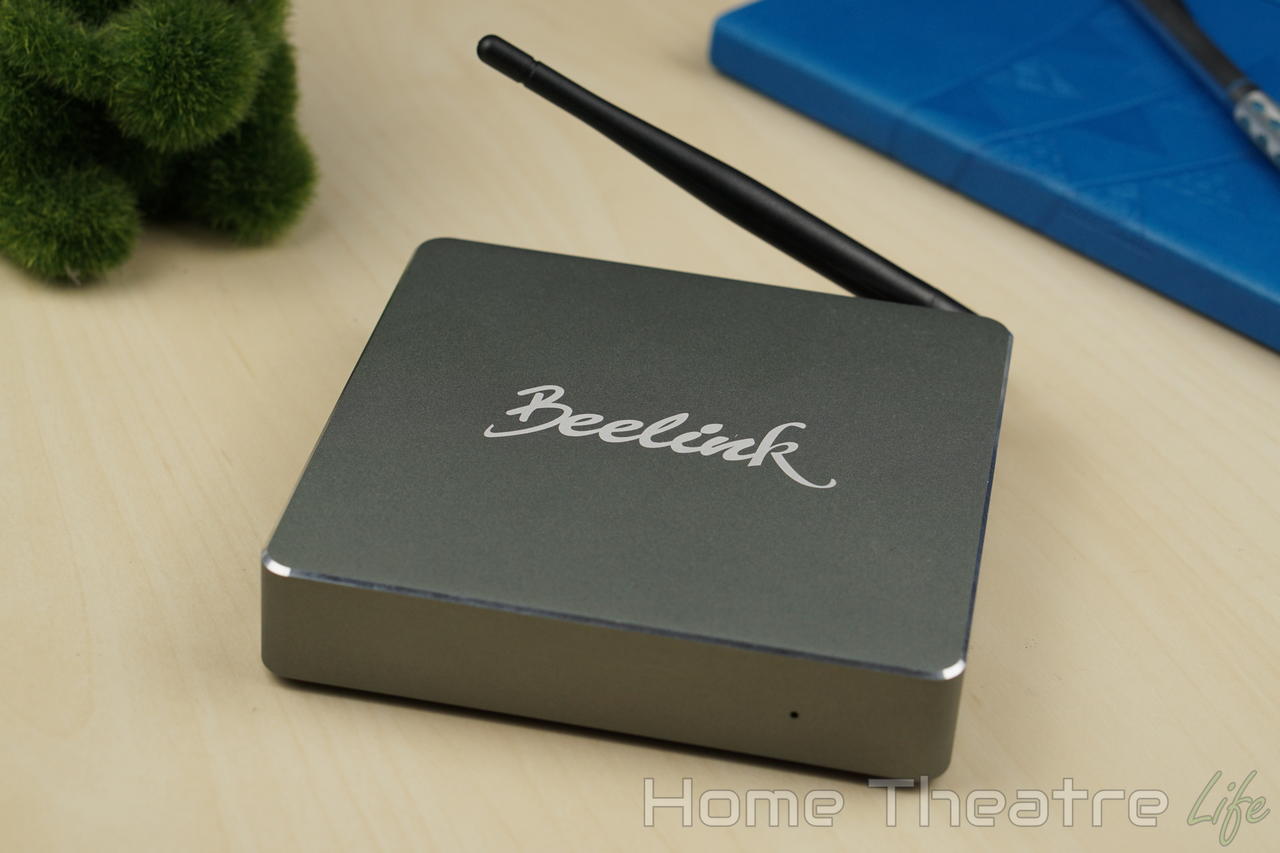 The Beelink BT7 is the latest Windows mini pc from the company. Featuring the faster quadcore Intel X7-X7300, the Beelink BT7 runs Windows 10 and boasts 4GB of RAM and up to 320GB of storage.

Is the Beelink BT7 any good? Read my review to find out.

I want to say thanks to GearBest for sending me the 4GB/128GB version to review. You can buy one from them here. 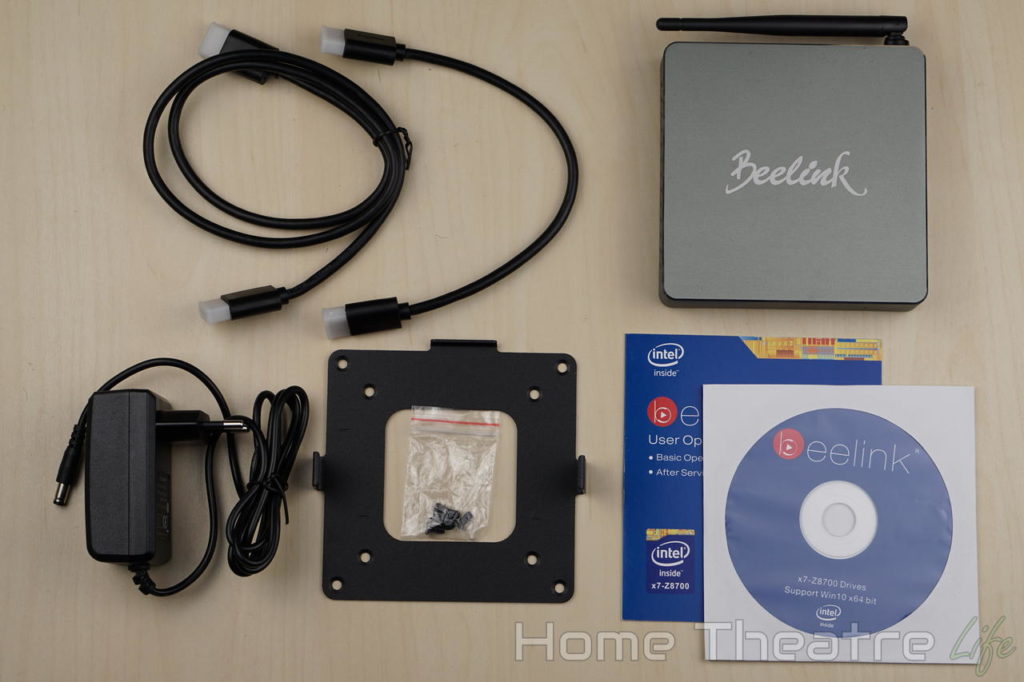 I have to say I’m really impressed with everything Beelink have included in the box. The fact that you get the VESA mount included is great and the short HDMI cable allows you to keep everything neat. Beelink really need to be commended here. 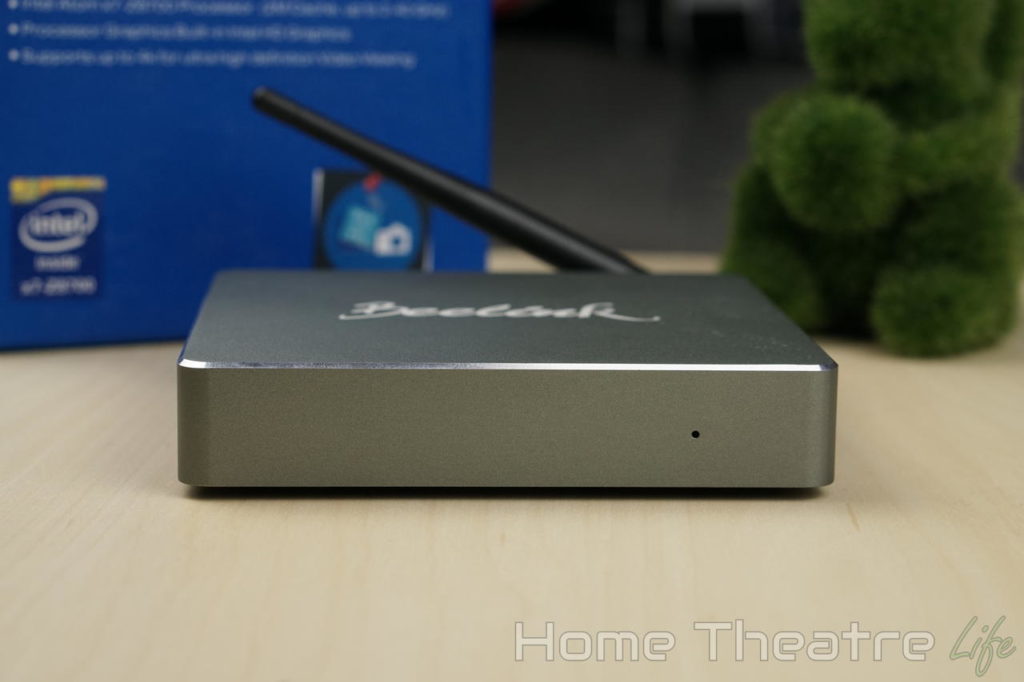 The Beelink BT7 design is your typical square slab with a nice grey matte finish. The case is all metal which makes it feel solid.

All the ports are located on the left and rear of the unit. The left side features two USB 3.0 ports, an SD card slot and the power button. I’m a little disappointed that there’s not a single usb port on the front of the unit. This would have made it easier to plug in a USB drive if it’s stored in an AV cabinet like I imagine would be the case for most.

Powering up the unit is done by holding down the power button for a few seconds. A cold boot takes around 20 seconds with a wireless keyboard and mouse connected. Now the first thing you notice when you turn on the Beelink BT7 is the fan. The BT7 is actively cooled and the fan seems to run at the same speed constantly. Its high pitched whir is on par with other PCs but you need to be aware of it.

When booted up the the unit, I was greeted with the Windows 10 setup process. Once completed, Windows activated without issue.

Windows 10 is the same OS you know and (possibly) love. As I’ve got the 128GB model, there’s two drives – a C:\ drive with 45.4/57.5GB free and a secondary 59.4GB D:\ drive that was completely empty. I’m guessing that Beelink simply increases the size of the D:\ drive for the higher capacity models as this will likely be a removable SSD. The Beelink BT7’s quadcore Intel X7-Z8700 chip handles Windows without any issue. Everything is nice and snappy. As we’ve seen before, Intel’s Cherry Trail processors do a good job with media playback. All of the most common formats played back well and even Hi10p content played via software decoding.

Impressively, it was even able to play back my 4K 60fps sample!

Deinterlacing performance was good and automatic framerate switching is supported for correct playback of videos once enabled in Kodi’s settings.’ 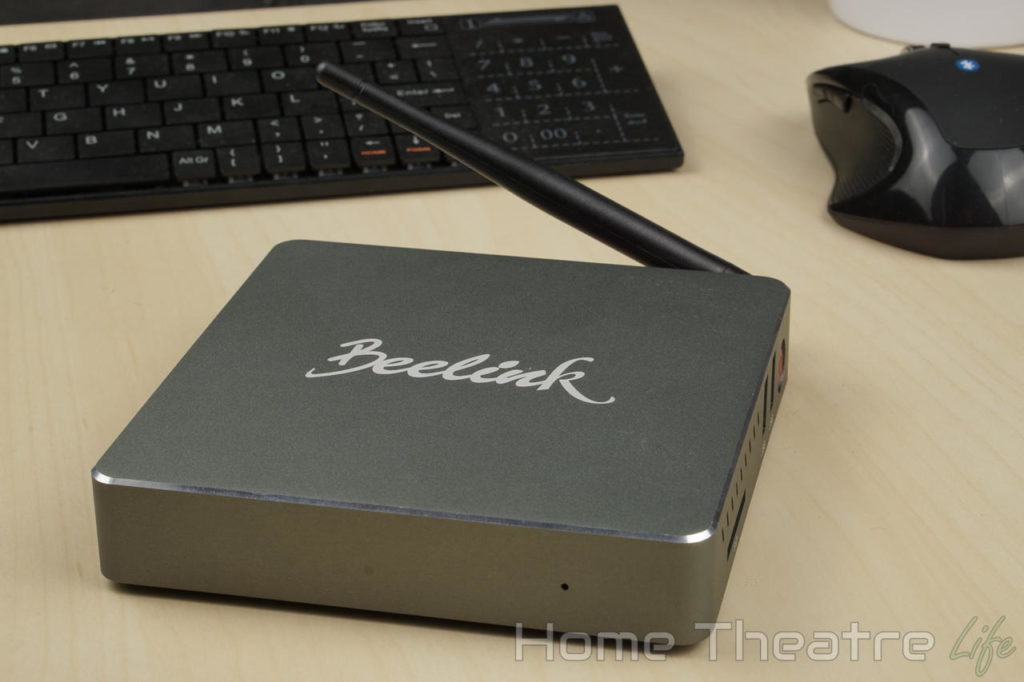 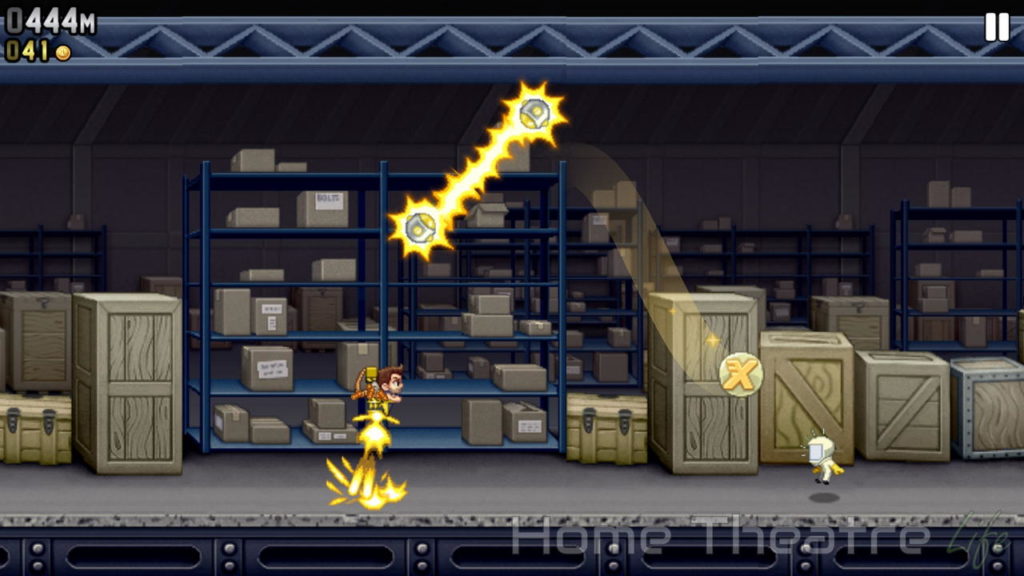 Gaming performance on the Beelink BT7 was great, handling both Jetpack Joyride and Beach Buggy Racing well, even on maximum settings.

Beach Buggy Racing was typically rendering above 30fps, though I did have the odd dip in framerate. 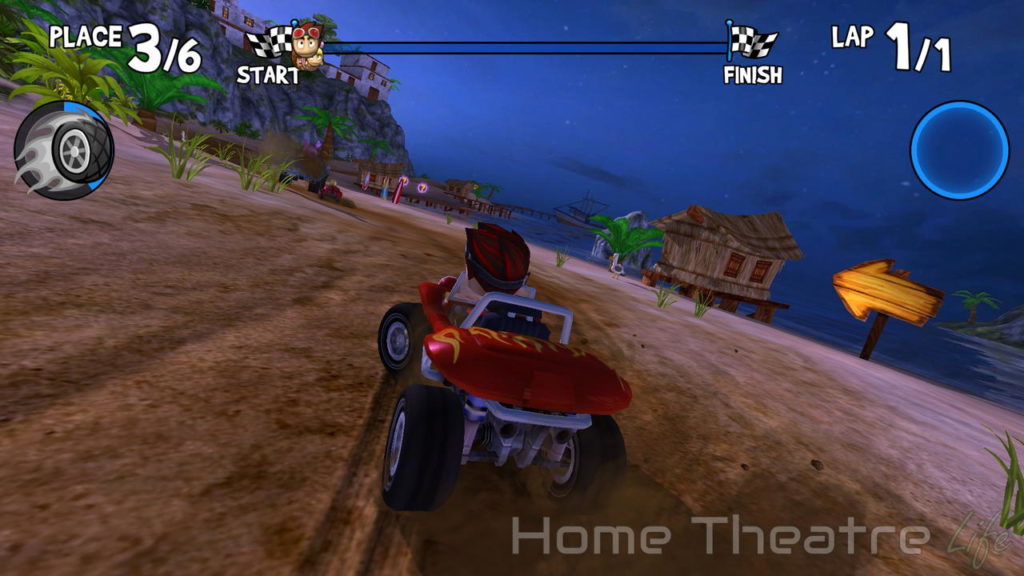 If you’re wondering how other games perform, it should be similar to the [amazon text=Microsoft Surface 3&asin=B012DTDBI8] as they share the same chip.

My Gamesir G4S was able to be hooked up wirelessly as an [amazon text=Xbox 360 controller&asin=B003ZSP0WW] to play Beach Buggy Racing.

Real world performance was solid. I was able to stream 1080p and 4K H.264 videos from my NFS share without buffering. 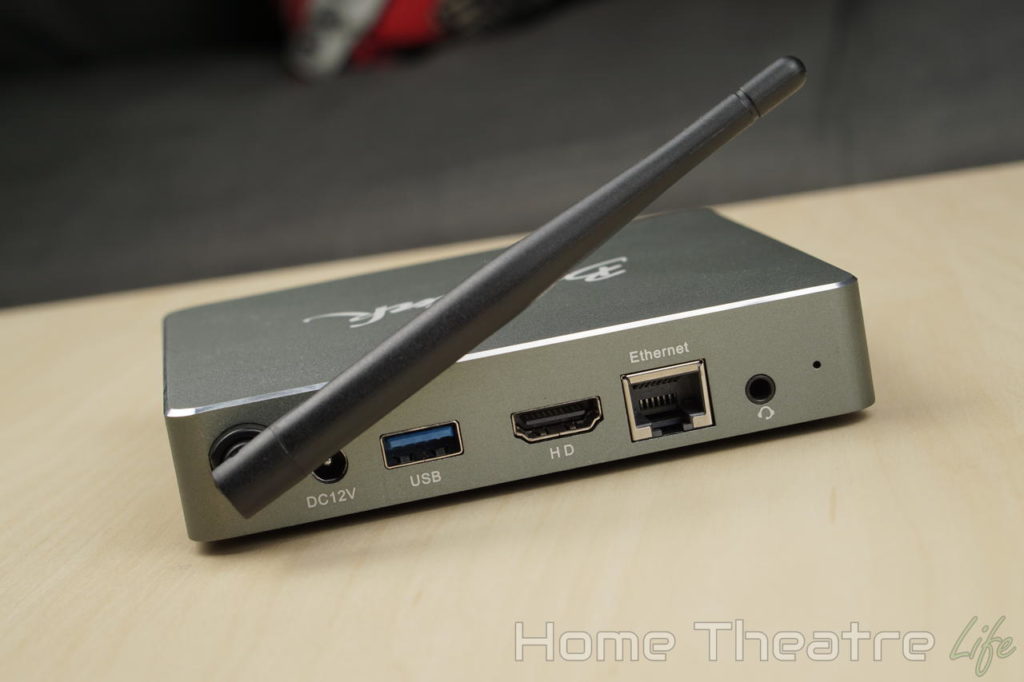 The Beelink BT7’s thermal performance was impressive. It’s clear the fan was doing its job – keeping the unit cool under load.

Stress testing using HeavyLoad for 30 minutes saw temperatures max out at 70°C without any throttle according to HWiNFO. The ambient temperature was 18.1°C.

I had issues getting the Beelink BT7 to sleep as it would wake up automatically shortly after. I suspect a rogue setting was causing the issue.

The Beelink BT7 is another great mini pc from the company. With the increased performance of the quadcore Intel X7-Z8700 combined with 4GB of RAM and higher storage capacities make the Beelink BT7 a respectable choice as a HTPC or basic desktop replacement.

Where Can You Buy The Beelink BT7?

The Beelink BT7 is available from GearBest from starting at $219 at the time of writing.

Beelink BT7
The Beelink BT7 is a great Windows 10 PC that is only marred by its active cooling.
Pros
Genuine Windows 10 licence
All USB ports are USB 3.0
Drivers and mounts included
Cons
No front USB ports
Significantly dearer than Intel X5-Z8300 PCs
7.6