Thanks to GearBest for providing me a sample to review. Click here to view the latest price.

The Beelink Pocket P1 is a pocket-sized Windows mini PC powered by a quadcore Intel processor. It’s great for a tiny HTPC or desktop thanks to its fanless design, impressively small form factor and low power requirements. 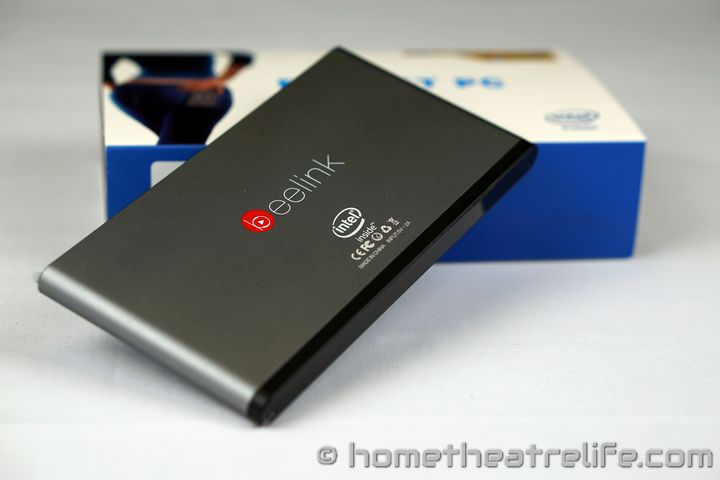 Beelink have provided a solid set of inclusions. Inside the box, you get: 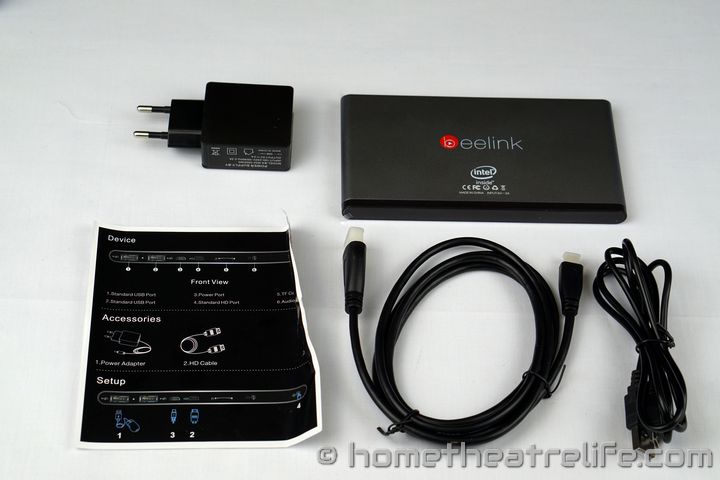 It’s great to see that Beelink have included the micro HDMI to HDMI cable in the box. We’ve had a few products neglect to include one which is always frustrating.

I’ll admit I was skeptical when Beelink called this device the Pocket P1. Few devices that have claimed to fit in your pocket have come remotely close. Compared to its closest competitor, the Ainol Mini PC, the Beelink Pocket P1 makes it look like the former look huge in comparison. It really is impressive just how small and thin the Beelink Pocket P1 actually is.  At just 15.23×8.3cm and an impressive 1.14 cm thick, it’s definitely pocketable. 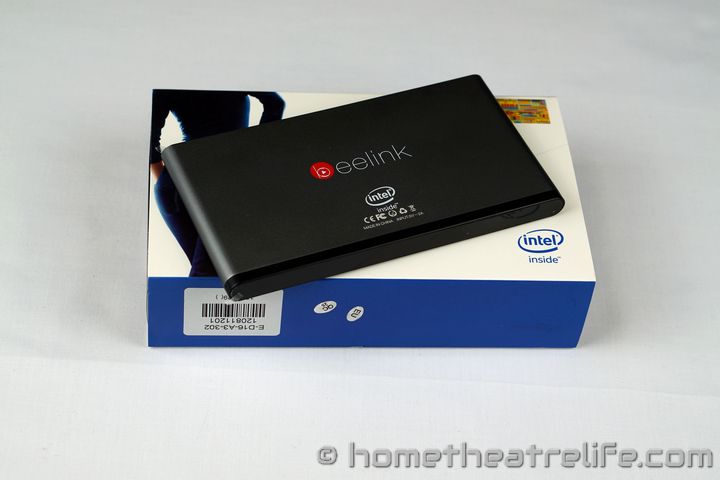 The device feels well-made, with an all metal case and hefty weight which makes the Beelink Pocket P1 feel solid. I’d be comfortable chucking it into a bag as a portable HTPC.

Using a stylish charcoal and black color scheme, the case is predominately  Most of the device is blank, except for the Beelink branding on the top and the ports at the back. This minimalism makes the device look incredibly modern. I had many people struggle to believe there was a Windows PC hidden inside. 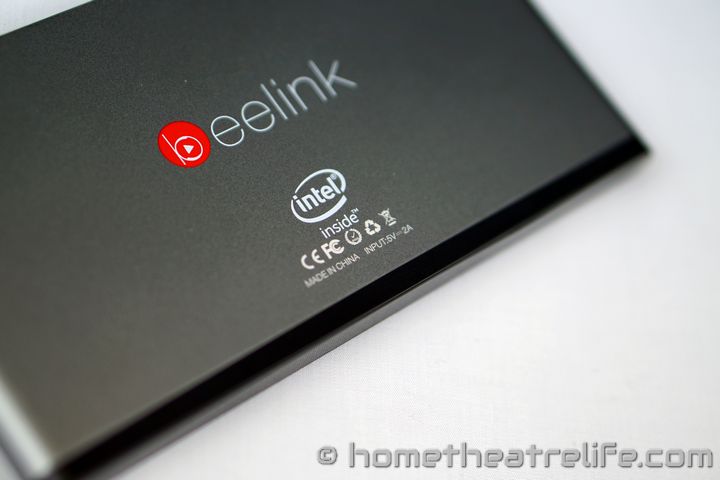 All the ports are located on the back of the device. From left to right, we have 2 full size USB, micro USB for power, Micro HDMI, 3.5mm audio and the power button. A small red power LED is hidden between the 2 USB ports. 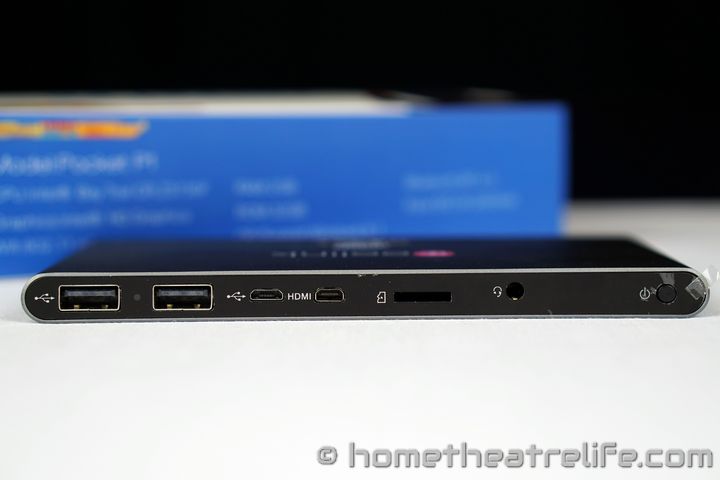 As impressed as I am, I would have still liked to see an extra USB port or so, as two feels so limiting these days. A cheap USB hub will solve the problem however.

Lastly, it does get a little cramped in the back. With everything plugged in, it can be a challenge to plug/unplug USB devices and I couldn’t use my HDMI to micro HDMI adapter was useless as it would hit the power cable. It’s clear portability required some sacrifices, but when you’re packing a quadcore Windows PC in your pocket, I think the tight fit can be forgiven. 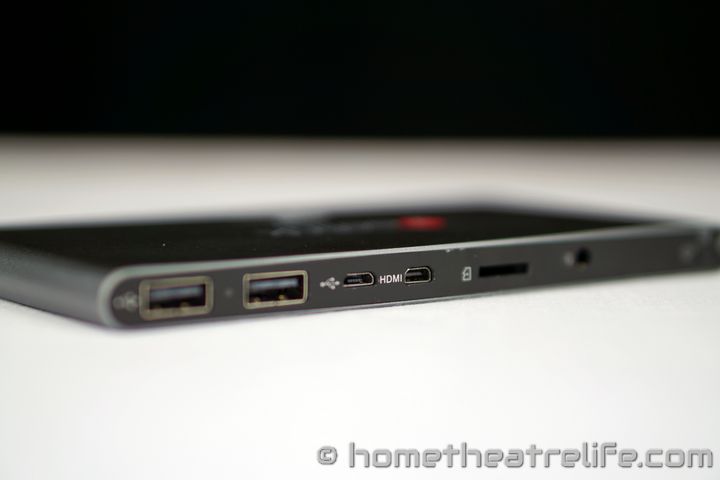 To boot the device, you need to hold the Power button for several seconds until the power LED turns on. Boot times are reasonably fast, taking 14 seconds to boot into Windows from a cold start. Resuming from standby is more-or-less instant.

The Beelink Pocket P1 runs Windows 8.1 with Bing Operating System and comes activated. Navigating through Windows felt great and everything ran well, even during multitasking. I had no issues browsing the web and watching a video for example. 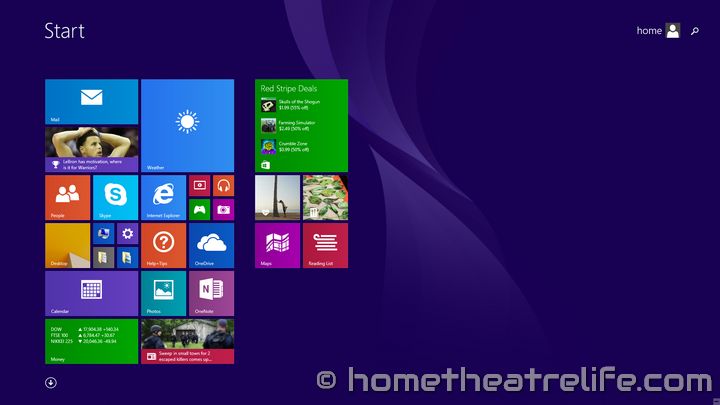 Video playback was tested using Kodi 14.2 due to its excellent codec support and HTPC frontend:

The Beelink Pocket P1 did an excellent job during the video tests. As experienced on other Windows mini PCs powered by the Intel Z3735F, only the more demanding codecs caused issues – often due to their need to use software decoding. Automatic framerate switching worked as expected.

To test gaming performance, I installed 3 games from the Windows store – 1 2D and 2 3D titles:

Gaming performance was fairly good. The Beelink Pocket didn’t break a sweat when running Jetpack Joyride, with gameplay remaining smooth throughout. Beach Buggy Blitz maintained an solid framerate on maximum settings with only the occasional hitch and Asphalt 8 was playable, albiet at sub-30fps. However, I blame Gameloft’s recent update for the reduced performance I’ve seen with Asphalt 8 on Windows.

I connected my iPazzPort Bluetooth Keyboard over Bluetooth without any issue. My Tronsmart Mars G01 was recognized as a Xbox 360 controller and I was able to use it in both Beach Buggy Racing and Asphalt 8. The Beelink Pocket P1 is Wifi only, as its tiny case can’t fit an Ethernet port. Those looking to add Ethernet should consider purchasing a USB to Ethernet dongle.

To test out WiFi performance, I used iperf (iperf –t 60 -c SERVER_IP -r) to test networking bandwidth in both directions.

WiFi performance was good, with upload and download speeds of 30.2 Mbps and  32.0 Mbps respectively. Web browsing and watching YouTube videos over WiFi was fast and I didn’t experience any buffering when streaming 1080p and 4K H.264 video from an NFS share via WiFi.

At approximately 5m from the router and through one wall, WiFi reception was registering 3-4 bars in Windows. 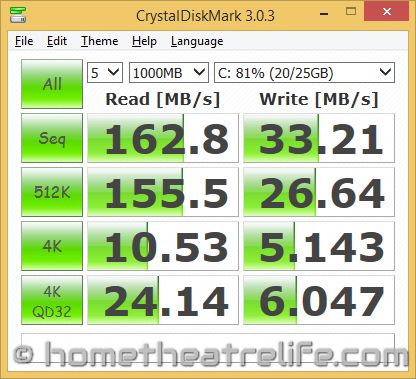 Thermal performance of the Beelink Pocket P1 was excellent, keeping up with the excellent Ainol Mini PC despite its smaller case thanks to a design which effectively uses the metal case as a heatsink.

Thermal performance was tested by using Prime95‘s Small FFT’s test which is designed to generate maximum heat. After running for approximately 30 minutes, the Beelink Pocket P1’s SoC temperatures maxed out at 55°C and there was no thermal throttling according to HWiNFO.

At this temperature, there is plenty more thermal headroom before thermal throttling will take over and limit performance, which is excellent.

Case temperatures were measured using an IR thermometer, with temperatures of 39.5°C and 40.1°C recorded on the top and bottom respectively. Ambient temperature was 21.3°C.

Beelink Pocket P1
Solid build quality meets excellent performance, and having 5GHz wireless is great for those with congested WiFi. More USB ports would have been nice, but overall the Beelink Pocket P1 is an awesome little PC that is incredibly portable.
Pros
Cons
9.4

1 thought on “Beelink Pocket P1 Review: A Windows PC in Your Pocket”