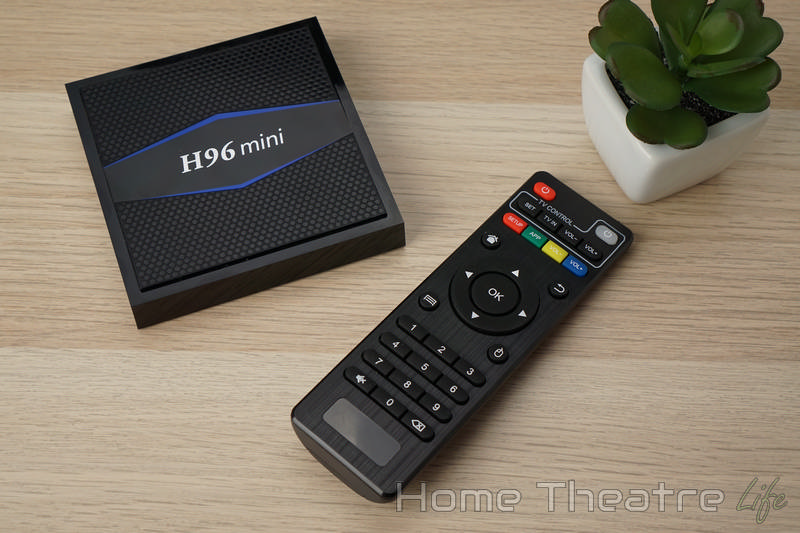 Budget Android TV boxes are a dime a dozen these days offering decent performance for a very reasonable price. The $40 H96 Mini doesn’t stray too far from the “budget Android TV box” mold, featuring the quadcore Amlogic S905W, 2GB of RAM and 16GB of storage.

In this H96 Mini review, we’ll take a look at the hardware, software, video playback tests and Android benchmark comparisons to answer the most important question of all – is the H96 Mini worth it?

The H96 Mini offers some decent specifications for its budget $40 price tag. Inside, you’ll get the quadcore Amlogic S905W processor which offers plenty of grunt for media playback and light gaming.

The 2GB of DDR3 RAM is fine for most users and 16GB of onboard storage will be enough for most (though you can always add a micro SD card to greatly increase your storage).

The dual band wireless N and 100M Ethernet is fine for 1080p and some 4K streaming, though high-bitrate 4K might pose some issues.

Thanks to its integrated HDMI 2.0 connector, you’ll be able to watch 4K 60fps, but there are resolution limits on streaming services such as Netflix and YouTube (but more on that later)

It also runs Android 7.1 Nougat so you’re getting a recent version of Google’s OS out of the box. 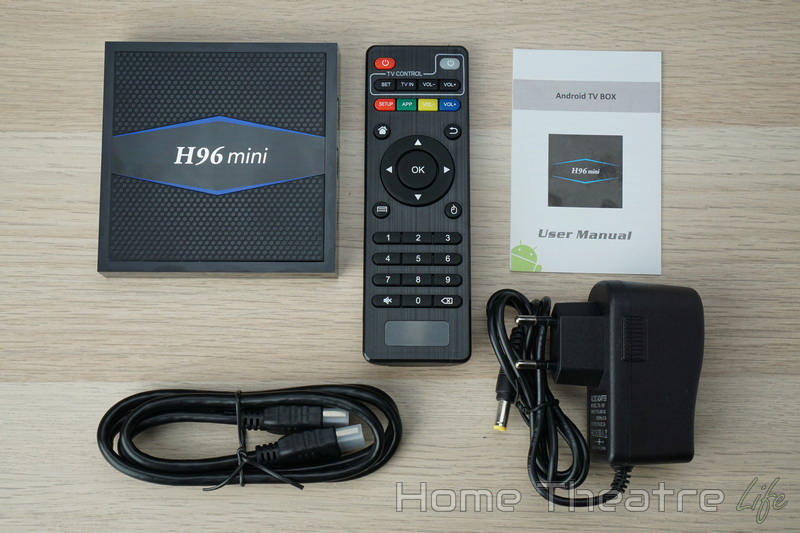 The H96 Mini is a pretty standard looking Android TV box. The glossy plastic is a fingerprint magnet but the honeycomb design on the top is attractive.

All the ports are located on the left and back of the unit. The left side houses micro SD card slot and two USB 2.0 ports whilst the back of the unit has a composite video output, HDMI output, Ethernet and DC input for power. 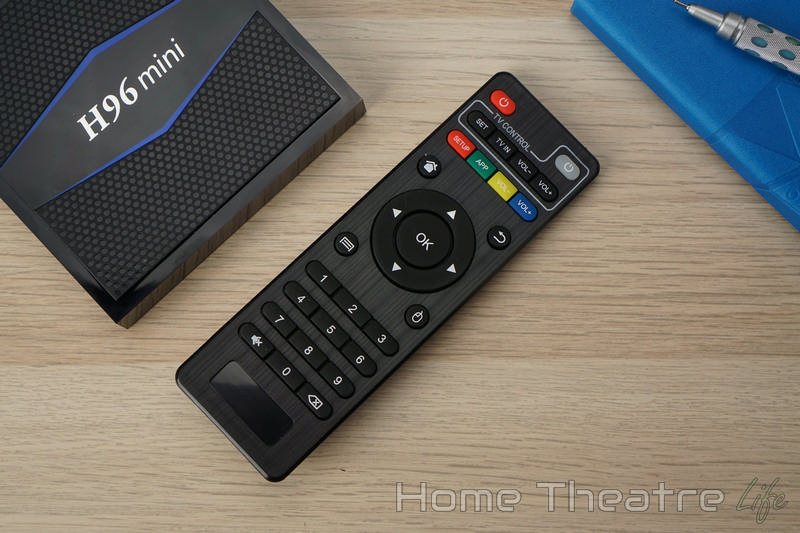 That said, I’d recommend picking up an airmouse which offers far more control and a better user experience overall. You can find my top picks here.

The H96 Mini runs a stock version of Android 7.1 with a TV-friendly launcher designed for TV use. As is typical with these boxes, you get large, hardcoded tiles for apps such as Netflix and YouTube as well as a customisable row of shortcuts along the bottom. There’s also a few predefined folders for things such as games and video streaming to help group your apps (though you’ll need to set it up yourself). 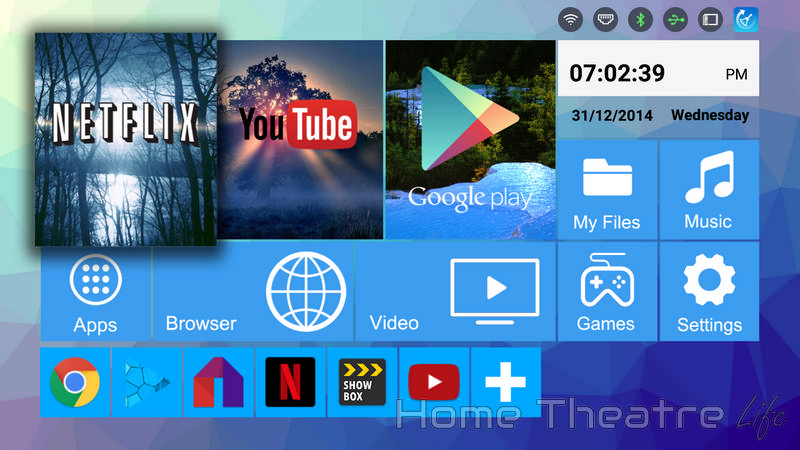 However, there’s some weird quirks that I found unusual. Firstly, the box has its settings split into two locations. You’ll get the standard Android settings where you’ll find the usual set of storage whilst a separate “Droid Settings” app lets you set up output resolution, picture settings and more. It’s an awkward arrangement that makes things unnecessarily complicated.

Speaking of resolution, the H96 Mini also restricts its UI to 720p even when video output is set to 1080p. Whilst playing 1080p video isn’t affected, pretty much every other apps are limited to 720p too. This means games, YouTube videos and more, stopping you using your TV to its full potential.

There quite a few preinstalled apps out of the box such as Netflix, YouTube and KDMC (a Kodi fork based on Kodi 17.6 which comes with the usual assortment of streaming add-ons). There’s also a heap of questionable video streaming apps too. Of course, you can use the Google Play store to install your favorite apps such as Kodi too. 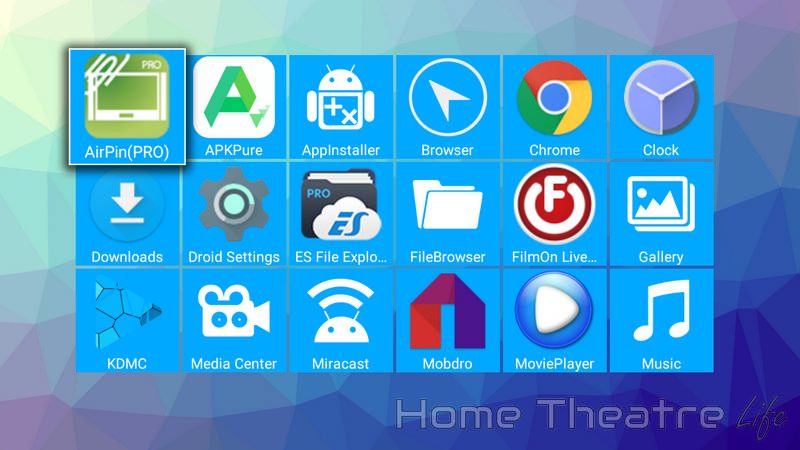 OTA updates seem to be supported but the support for these boxes is hit and miss so only time will tell whether it’ll get any firmware updates.

Actually using the box feels fine, with everything feeling snappy.

The box is rooted out of the box, with the SuperSu app installed to help manager permissions. 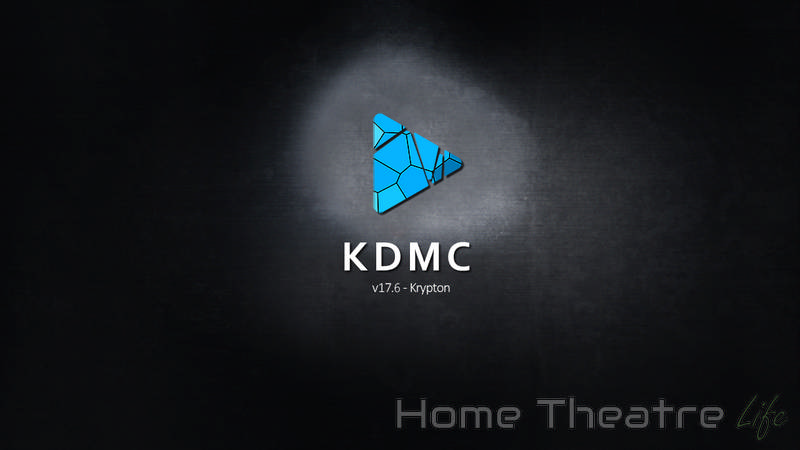 Video playback was tested using the included KDMC Kodi fork as well as Kodi 17.6 downloaded from the Google Play store.

Media playback on the H96 Mini was a mixed bag. Whilst basic media formats played fine, 60fps content wasn’t particularly smooth which is a shame as other Amlogic S905W boxes seemed to handle this without issues.

On the plus side, even though the UI is limited to 720p, videos appear to play back at the correct resolution so you can take full advantage of your display’s resolution.

Unfortunately, automatic framerate switching isn’t supported which is disappointing for those sensitive to motion judder.

YouTube playback is disappointingly capped at 720p which is a real shame. I suspect this is due to the UI resolution being limited to 720p rather than any hardware-based limitation. 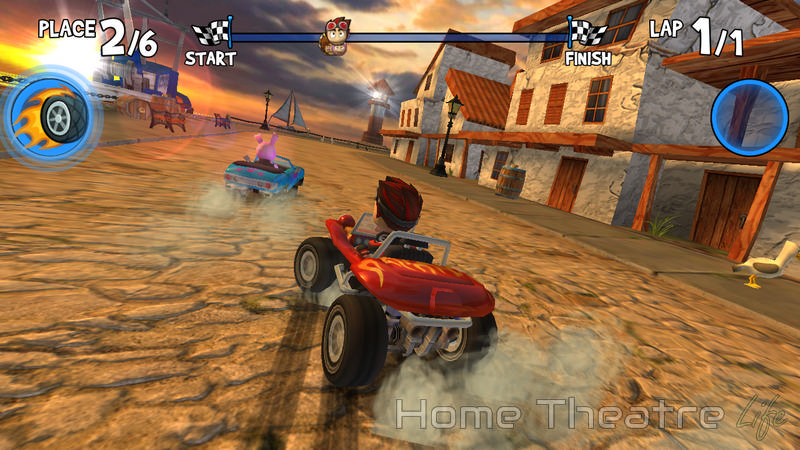 As we’ve seen with other Amlogic S905 boxes, the H96 Mini offers reasonable gaming performance for casual titles. 2D titles like Jetpack Joyride played back well and even Beach Buggy Racing performed well when maxed out.

However, there’s no doubt that this is because the resolution is capped at 720p which limits the load on the GPU.

Should You Buy The H96 Mini? 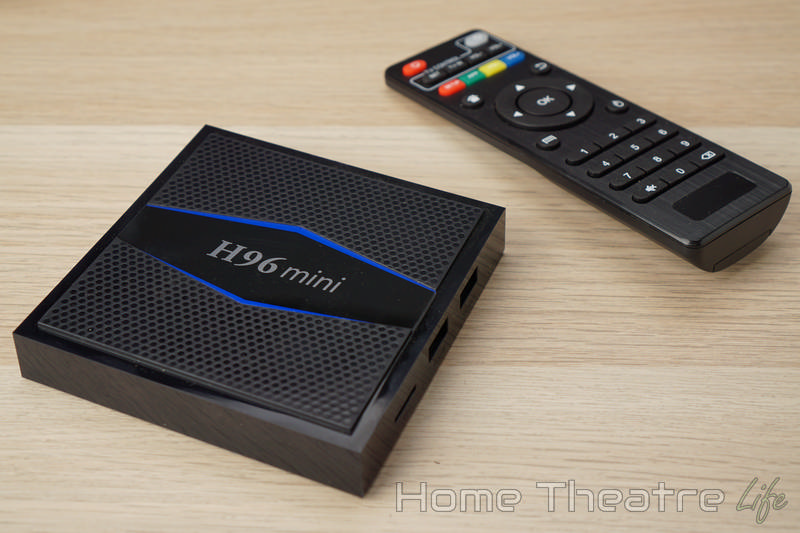 The H96 Mini isn’t the best budget Android TV box I’ve tested. Whilst media playback performance wasn’t too bad, the fact that the resolution is capped at 720p causes a whole bunch of issues including limiting YouTube to 720p which is just unacceptable.

Where to Buy the H96 Mini

The H96 Mini is available from GeekBuying for around $40 with free shipping.

H96 Mini
The H96 Mini is definitely cheap, but it fails to impress thanks to a 720p UI cap, video playback issues and more.
Pros
Cons
5.6