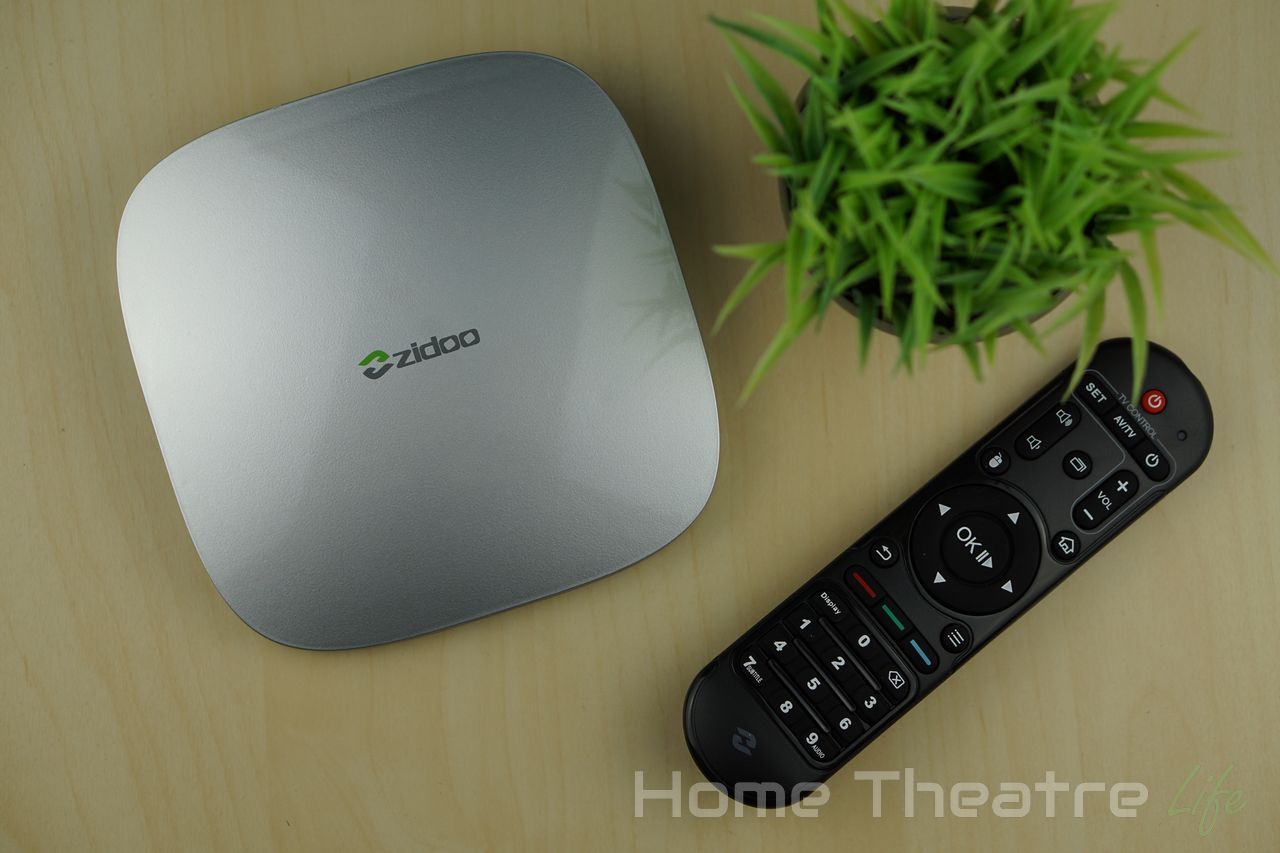 The Zidoo X5 is Zidoo’s latest Android TV box and their first powered by the Amlogic S905. It also features 1GB DDR3 RAM, 8GB of eMMC storage, b/g/n WiFi and 10/100 Ethernet. Sporting a stylish design and bringing Zidoo’s trademark ZIUI to the table, is Zidoo’s latest a success or a flop? Read our Zidoo X5 review to find out.

Thanks to Zidoo for sending me a sample to review. 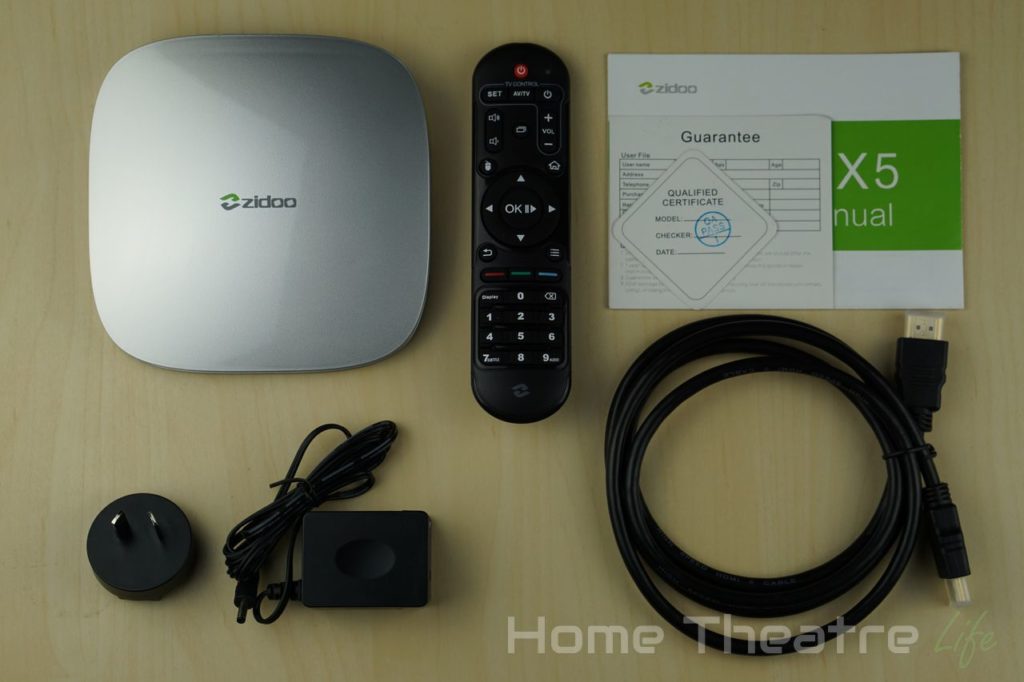 Zidoo have given the basics to get you connected: 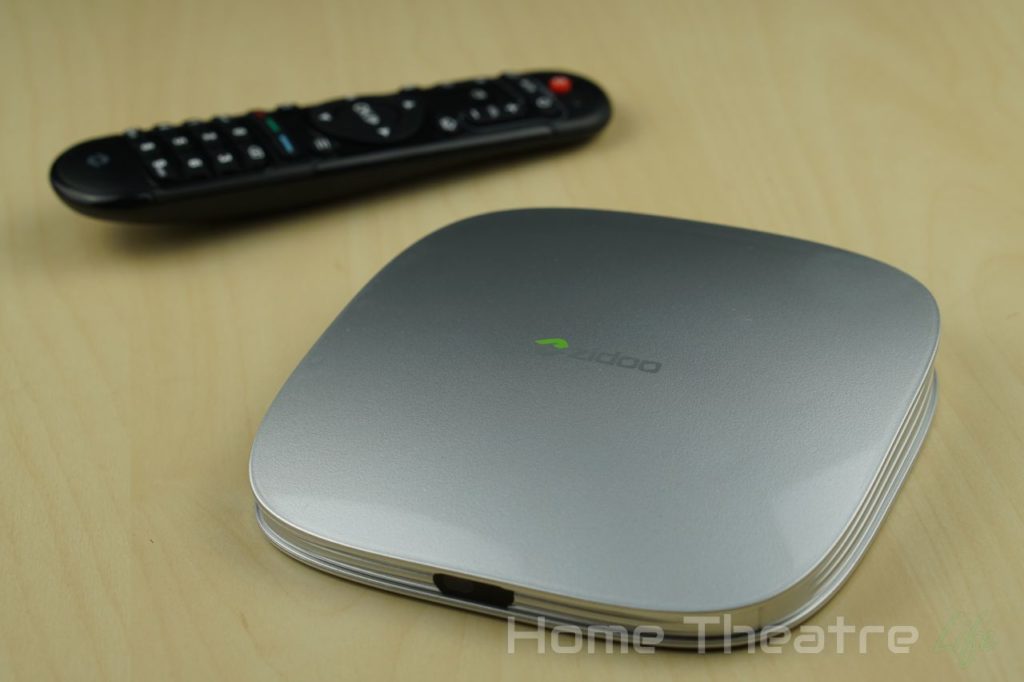 It’s great to see that Zidoo have come up with another unique design for the X5.

The device has a square footprint, but gently tapers down towards the front of the unit. 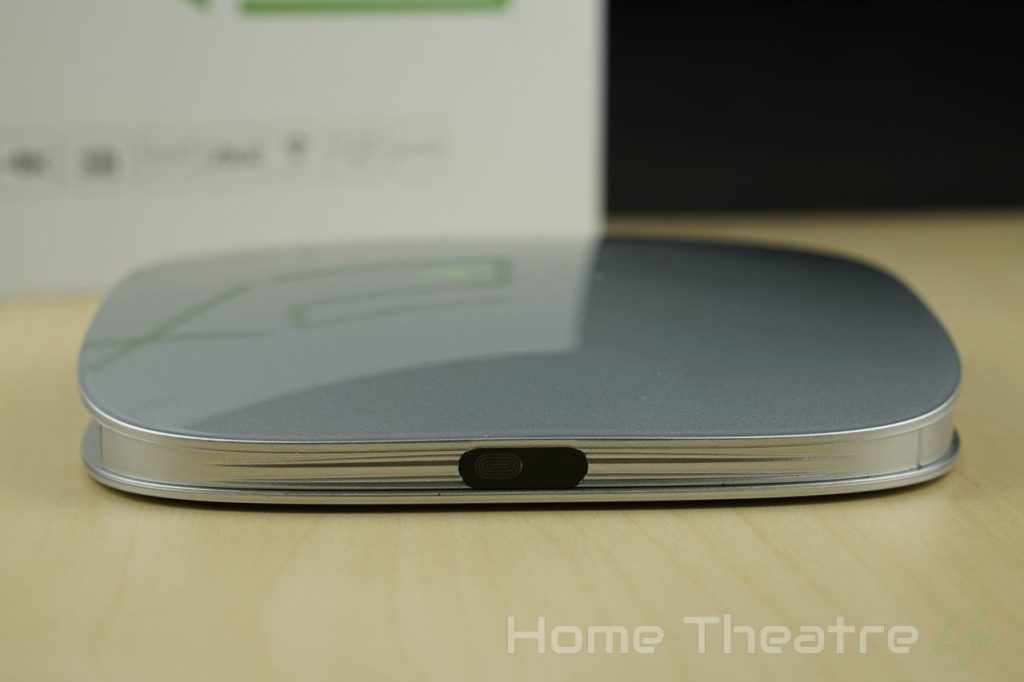 The glossy silver shell is reminiscent of the one we saw on the Zidoo X1. I was expecting it to attract fingerprints, but it’s actually not too bad.

The X5’s ports are on the left side and rear of the unit. The left side has two fullsize USB ports and a micro SD card slot. 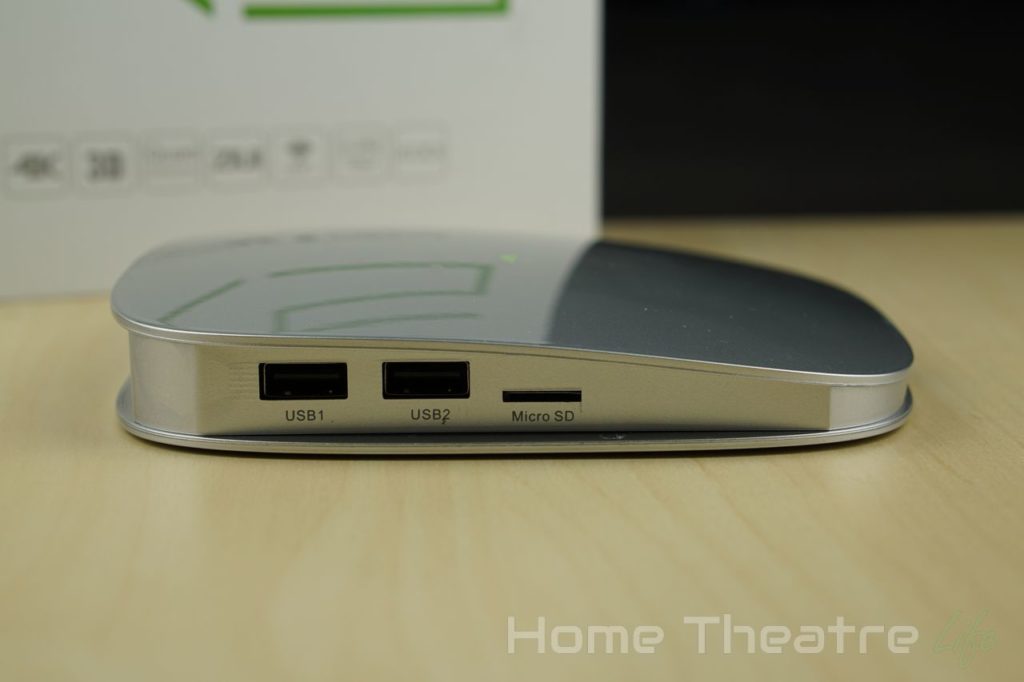 The bottom lip underneath the Ethernet port is a massive design flaw. It handily blocks the ejector pin on the Ethernet cable, making it a nightmare to try and remove – even with the various tools I had on hand. It’s disappointing that such a flaw made it through to the final version.

The included IR remote is reasonable. It’s got your typical set of Android buttons, a numpad, colored shortcut keys and a button to toggle mouse mode. 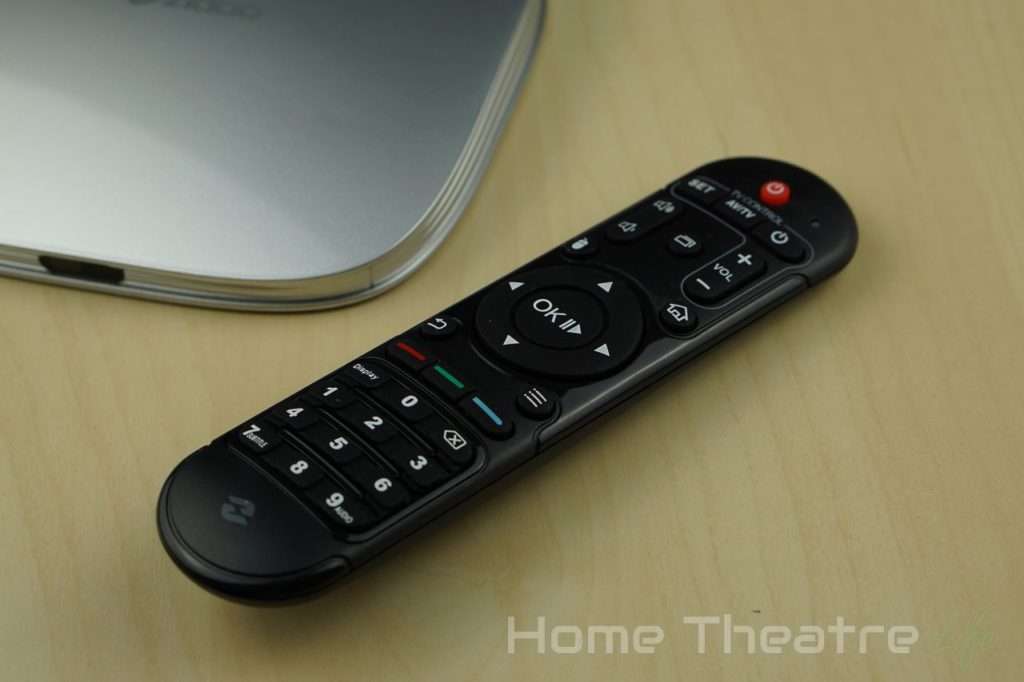 There’s also a separate set of controls that can be learned from your TV remote. That’s useful, allowing you to control everything from the one remote. Though I’d recommend you get a Logitech Harmony if you want to control more than 1 device. 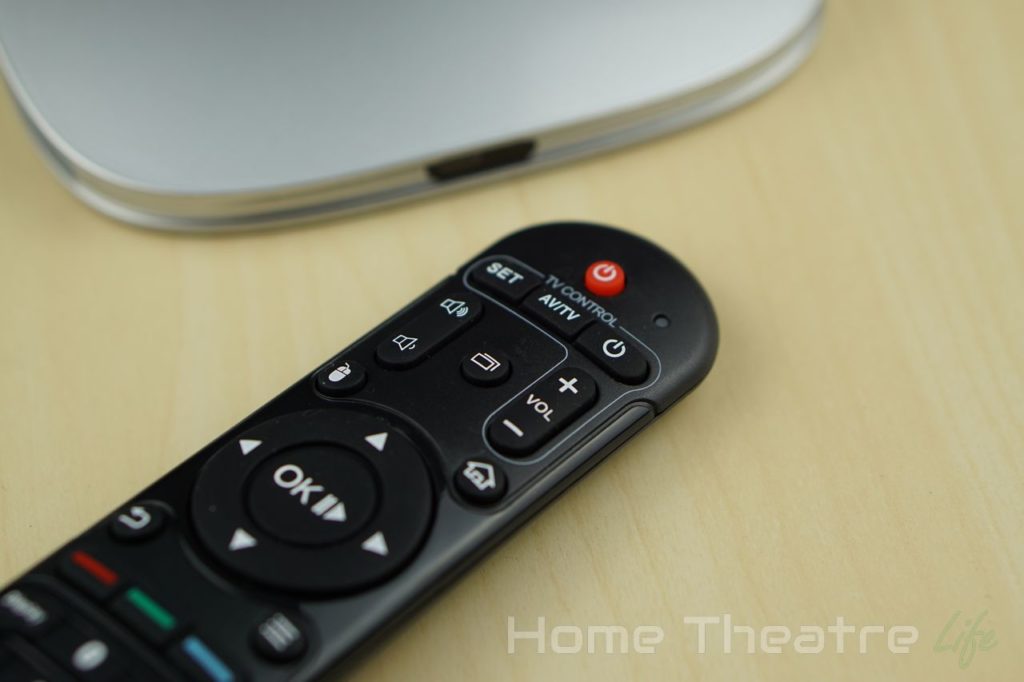 The buttons are reasonably nice and not too loud. It’s better than most Android boxes, but  there are better ones out there. As usual, getting an airmouse will have a much more pleasant experience.

The Zidoo X5 boots automatically when plugged in. With a wireless keyboard and mouse plugged in, a cold boot takes around 46 seconds whilst resuming from standby is instant.

Zidoo have included a “power management chip inside the X5 that allows it to cleanly power on and off via the remote.

Zidoo’s ZIUI from the X1 has come across relatively unchanged. It still uses it’s attractive tiled UI with various shades of grey. 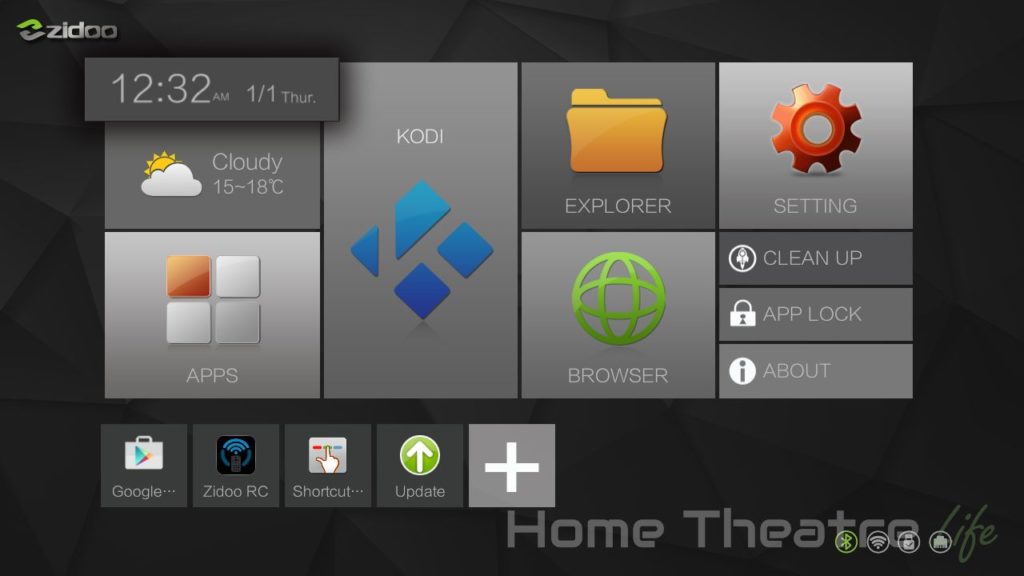 There’s a host of preconfigured tiles for key apps such as Kodi and the Google Play Store. Additionally, there’s a row of customisable shortcuts which put your favorite apps at your fingerprints. 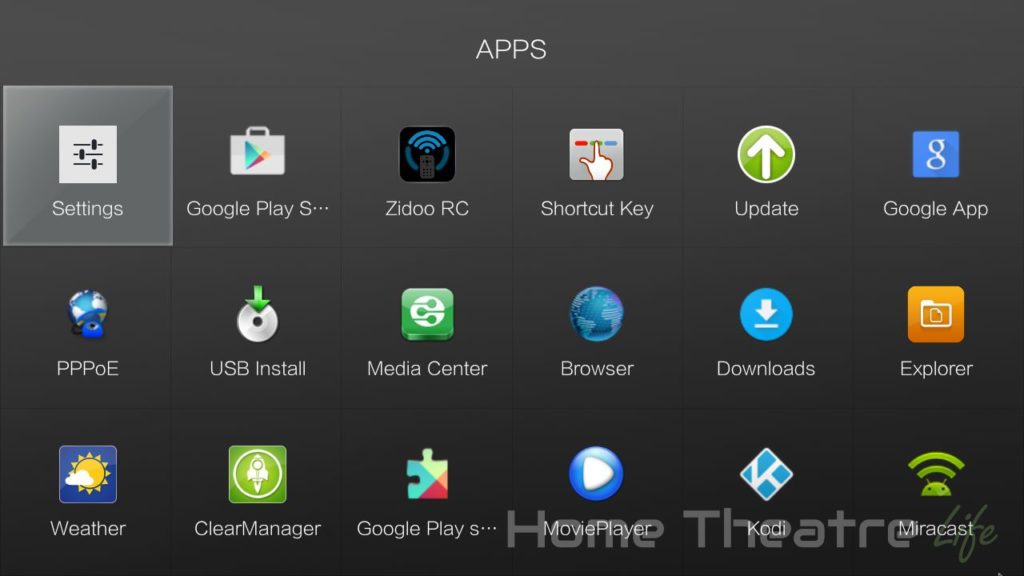 Interestingly, Zidoo have opted to limit the UI to 720p which is strange given that the Amlogic S905 can easily handle 1080p output. Thankfully, video output is unaffected and still renders at the correct resolution.

The Settings menu is skinned identically as other Amlogic S905 boxes, including the same capitalization issues. 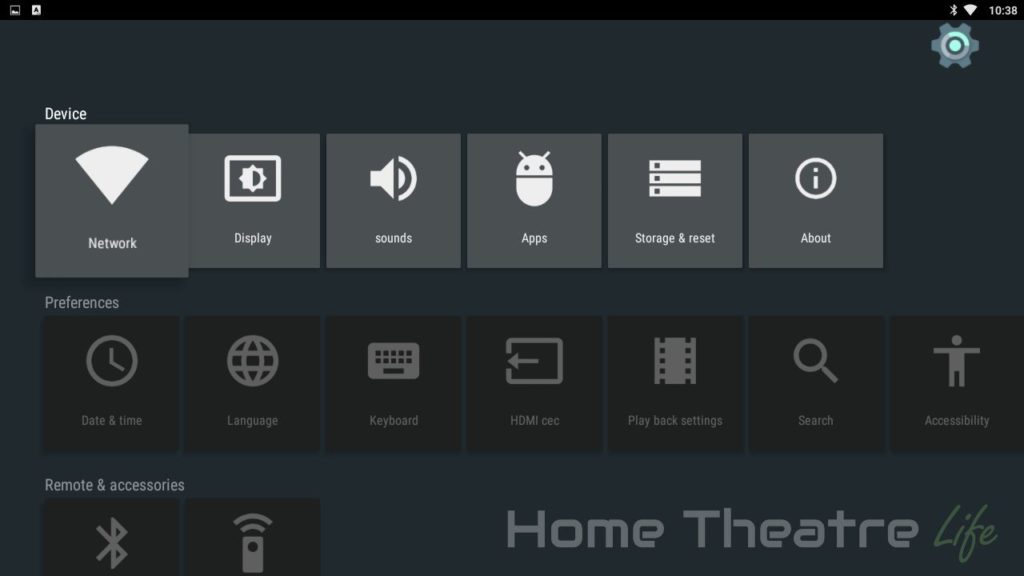 There’s not to much in terms of preloaded apps, with Kodi 15.2, Media Center, Miracast and an APK installer making an appearance.

Google Play works as I was able to install my various apps. It’s not rooted out of the box though Zidoo have created a “One Key Root” APK that will easily root it for you.

HDMI CEC is also supported and I had no issues using my Samsung TV’s remote to control the Zidoo X5.

The unit ships with Android 5.1 and boasts a single 4.76GB partition (of which 4.62GB is free). I’m glad to see more manufacturers doing this, as it maximises the amount of usable space for the end user.

As with other Amlogic S905 boxes, the SoC handles Android 5.1 well. I didn’t have any lag or slowdown when navigating Android, though Kodi would take a little while to exit.

The Zidoo X5 supports OTA updates. Zidoo have already released firmware 1.0.10, though it’s not available on their OTA services so you’ll need to download it and use the local update features. That said, the actual update process was just as streamlined as with Zidoo’s other Android boxes. 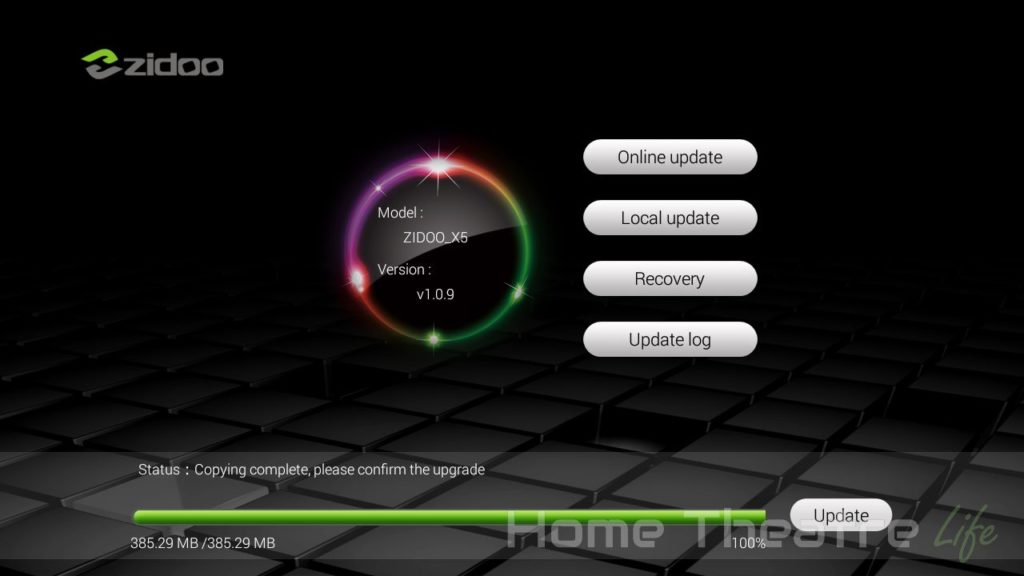 Firmware seems fairly stable. The only issue I encountered was constant crashing of the pre-installed version of Kodi unless the cache was clean. Thankfully, installing Kodi 16.0 from the Play Store solved the issue. 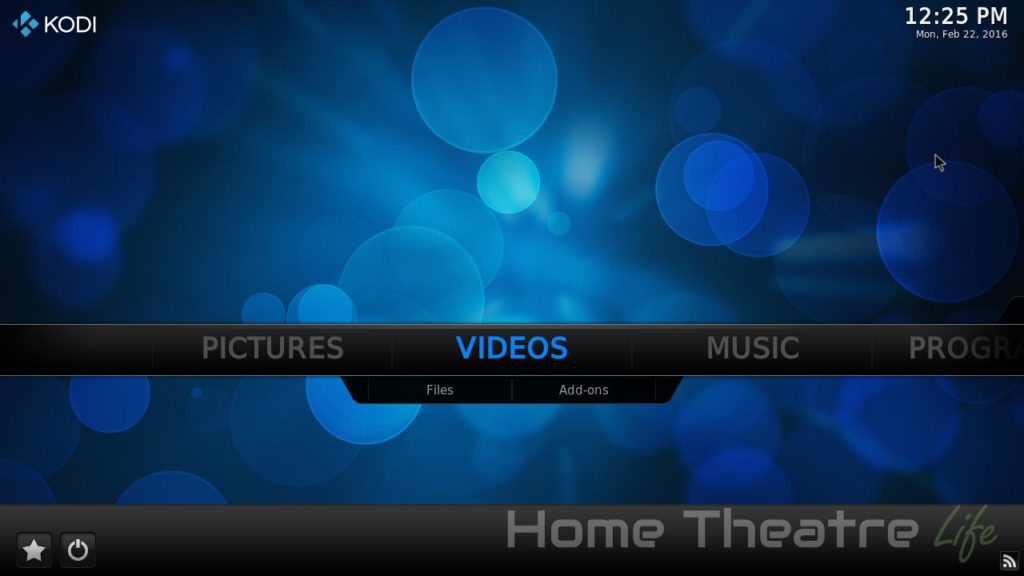 With the recent release of Kodi 16.0, I tested media playback using this version.

The Zidoo X5 performance was generally good, with most common formats playing back perfectly. However, it’s disappointing to see that my 120Mbps H.264 sample didn’t play smoothly.

I was impressed to see that automatic framerate switching worked. 23.976FPS content played back well without any noticeable artefacts, though I couldn’t verify that it was natively rendering at 23.976Hz or 24Hz.

Deinterlacing performance was good, without any obvious artefacts when playing back interlaced samples. 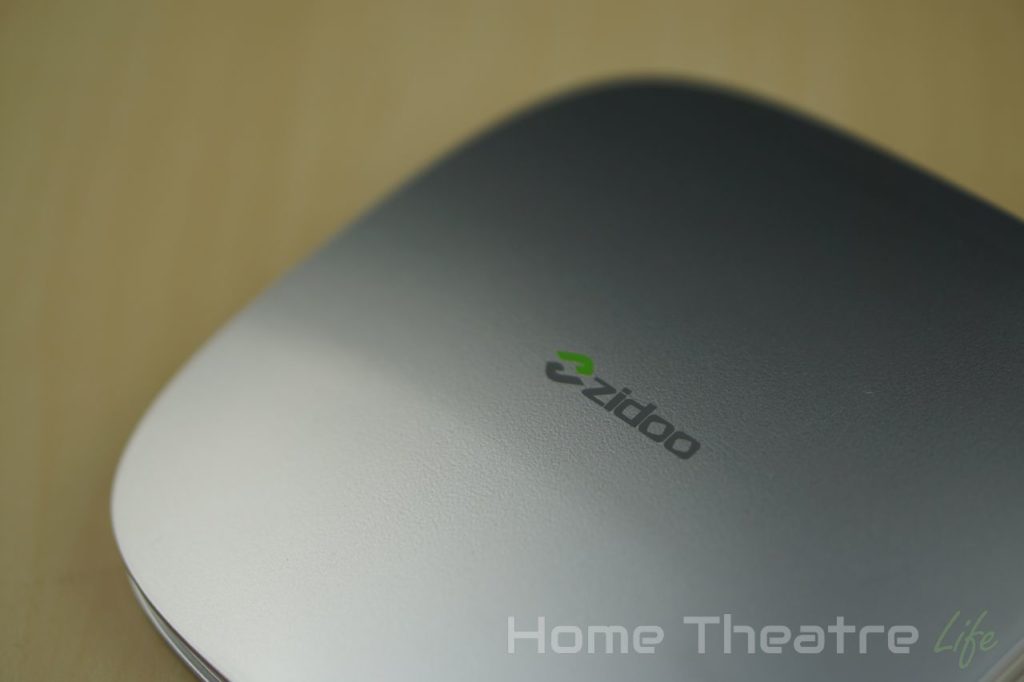 Netflix works, though video is only rendered at 480p due to the device not being Netflix-certified. Unfortunately, this is the case for 99% of Android boxes. 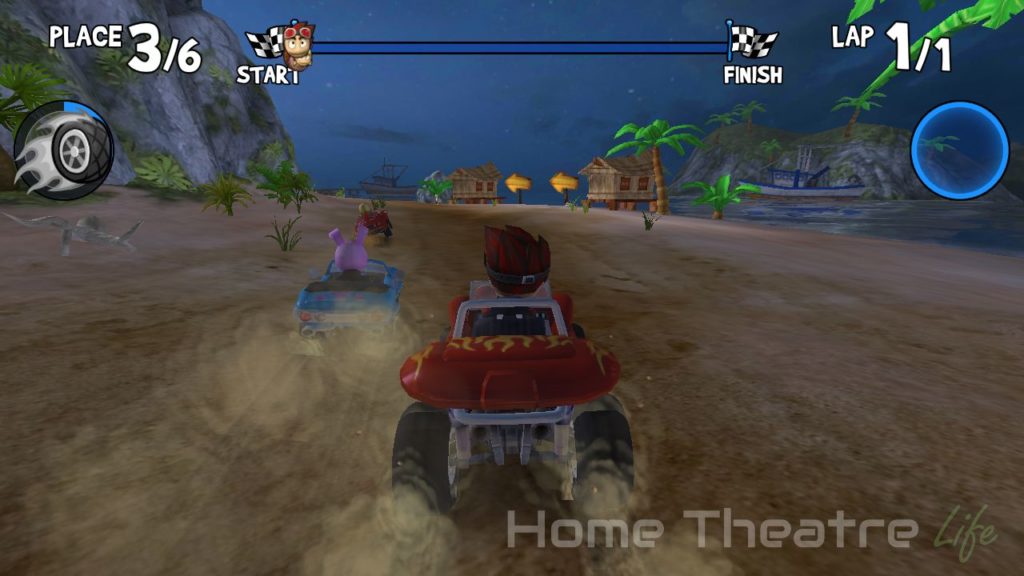 The S905’s pentacore Mali-450 GPU performed solidly. Jetpack Joyride was smooth and I was able to max out Beach Buggy Racing at 1080p whilst still getting a good framerate. 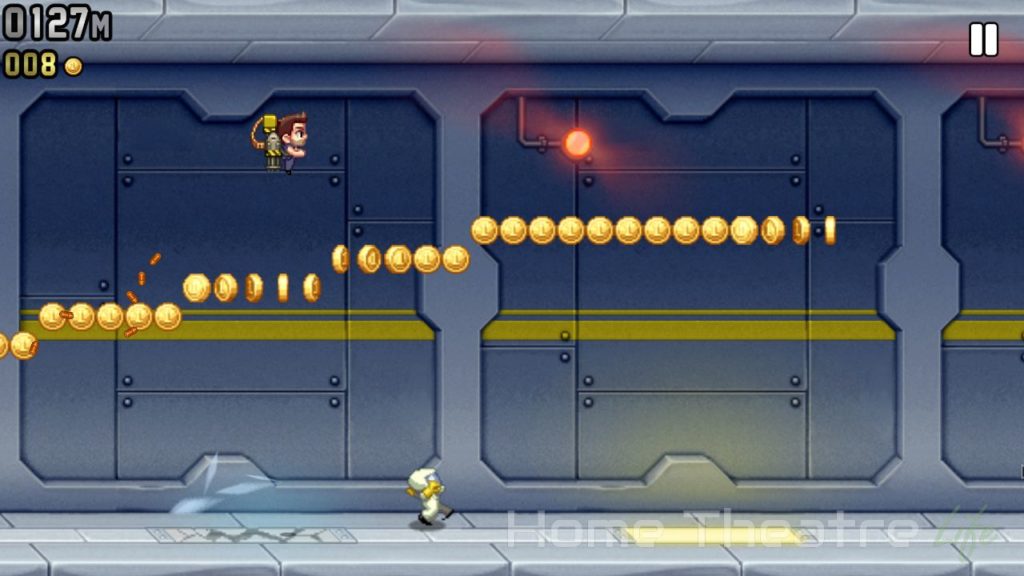 I hooked up my shiny new GameSir G3 via Bluetooth for some Beach Buggy Racing. Thankfully, it worked fine.

According to SixAxis Compatibility Checker, the Zidoo X5 is compatible so those wanting to hook up their PS3 controllers should be fine. 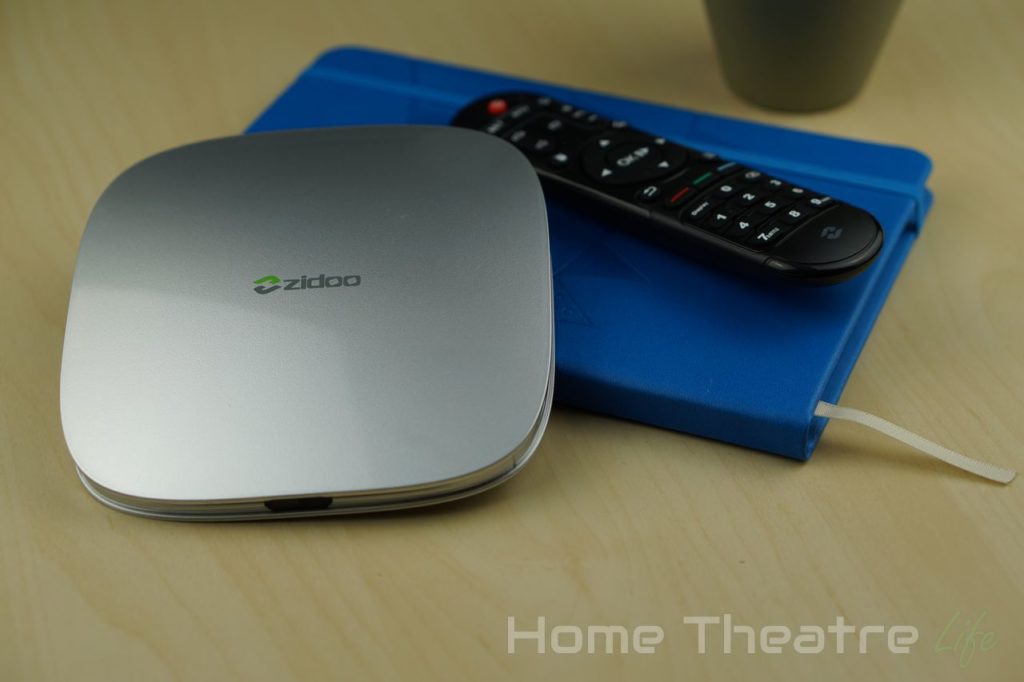 Wireless performance was fairly strong, achieving 33.7Mbps up and 45.1Mbps down.

Realworld performance seemed good, though I did suffer terrible speeds at first. Nothing would stream without buffering every few seconds until I rebooted the unit. Afterwards I didn’t have a problem streaming 1080p and 4K H.264 videos from an NFS share so it must have been a temporary hiccup. 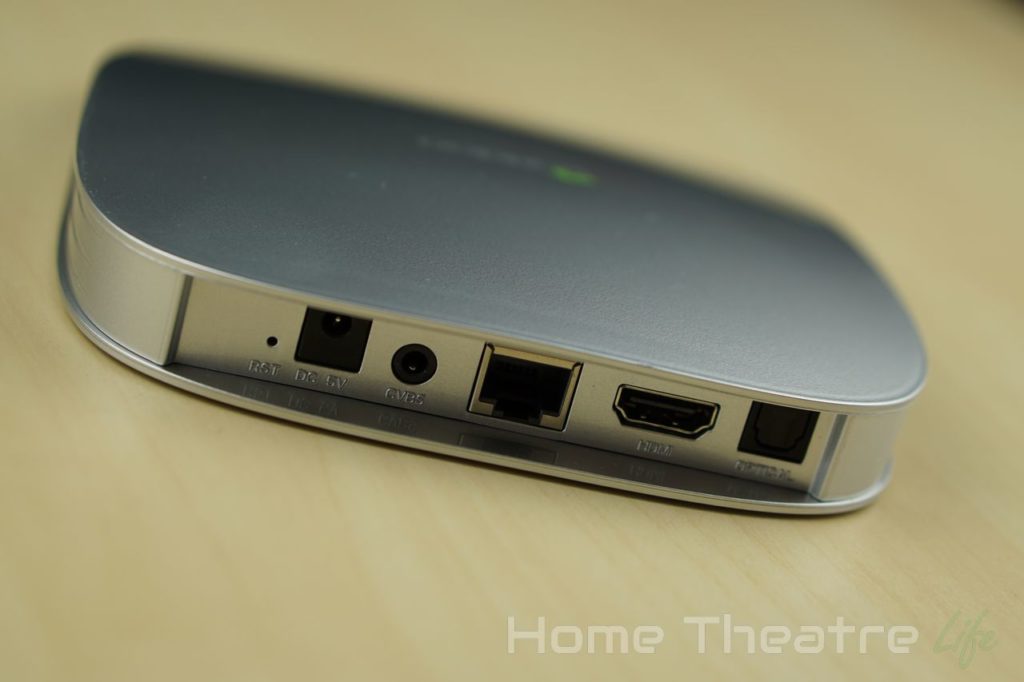 Jumping over to a wired connection, the 10/100 performance came very close to spec, achieving 97.3Mbps upload and 94.3Mbps download.

Thanks to the Zidoo X5’s dedicated power chip, standby power is essentially 0W. Great for those mindful of power consumption. 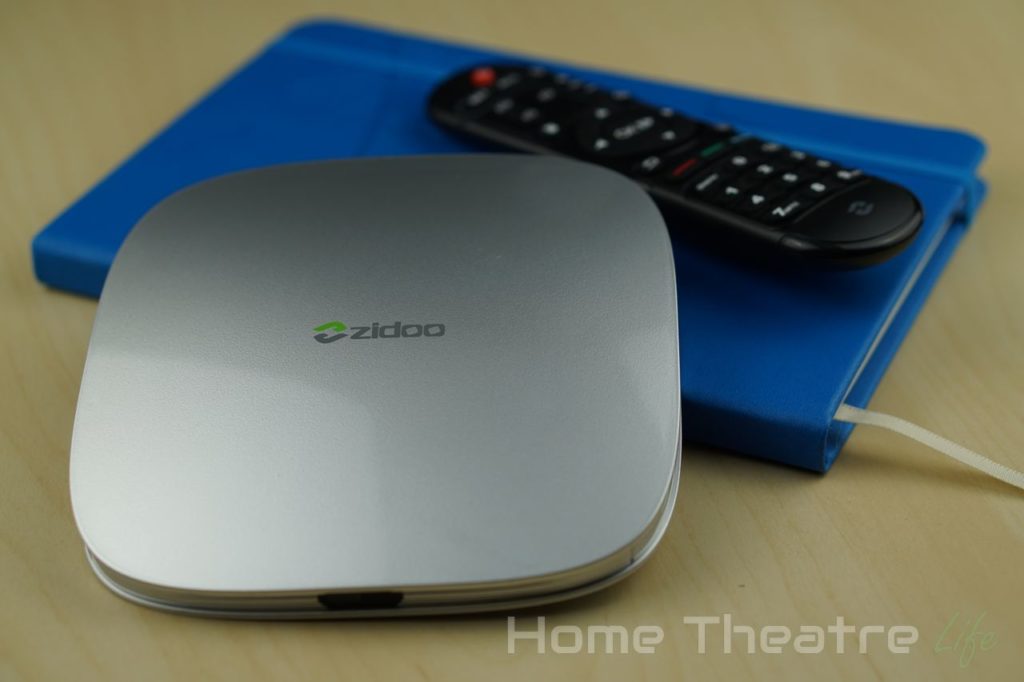 The Zidoo X5 put up a solid performance, with good media playback (with automatic framerate switching), respectable gaming performance and an intuitive UI. Some unusual bugs mar the overall product, though Zidoo are more dedicated to providing regular firmware updates than most companies.

Though it’s on the lower end in terms of hardware specs, if you’re after Android TV box that ticks most of the boxes and are willing to overlook its flaws, the Zidoo X5 is a good option.

You can get the Zidoo X5 from GeekBuying, [amazon text=Amazon&asin=B01ABSK1Y0] and AliExpress for around $60.

Zidoo X5
Though the specs may be too low for some, the Zidoo X5 performs well despite some software and hardware quirks.
Pros
Cons
7