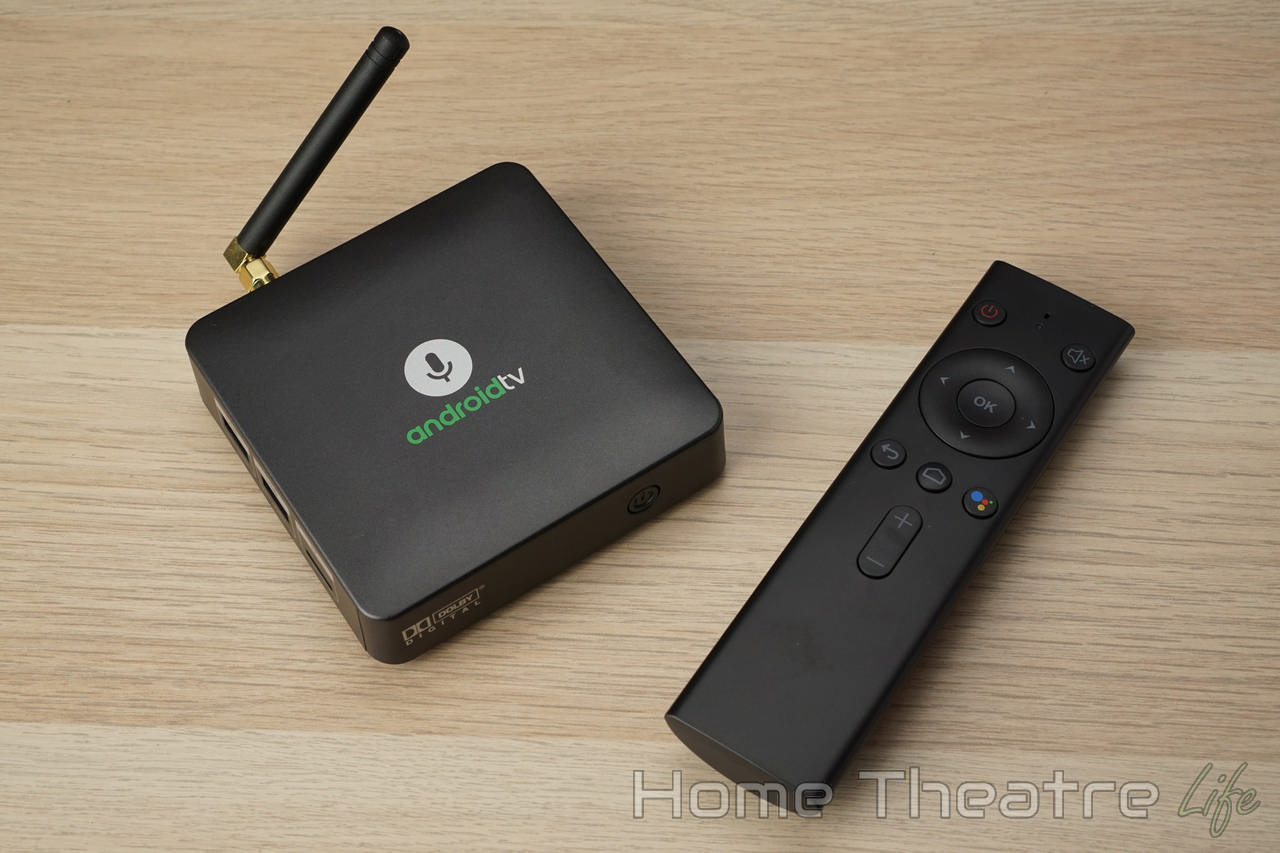 Android TV – Google’s TV-optimized version of its smartphone operating system – is rapidly growing in popularity thanks to improved support and its appearance on a number of popular Android TV boxes such as the Mi Box and Mecool M8 Pro L.

However, some recent Android boxes haven’t been running an “official” version of Android TV which means issues such as Chromecast not working or other quirks.

The new $60 Mecool KM8 is one of the few Chinese Android TV boxes to feature official Google certification which means more functionality for you – the end user.

In this Mecool KM8 review, we’ll take a look at the hardware, software, video playback tests and Android benchmark comparisons to answer the most important question of all – is the Mecool KM8 worth it?

The Mecool KM8’s specs are pretty standard in this price point. The unit’s quadcore Amlogic S905X processor isn’t the fastest by any means but offers plenty of grunt for watching movies in Kodi, browsing the web and even some light gaming. 2GB of DDR3 RAM and 16GB of storage (which can be expanded by chucking in a micro SD card) rounds out the package.

Networking is the weakest part of the box, with only 2.4Ghz wireless n and 100Mbps Ethernet. Whilst this will be fine for 1080p streaming but those hoping for 4K streaming may encounter issues such as buffering.

You’re also getting latest version of Android TV 8 Oreo which is a nice touch. The Mecool KM8 is a fairly standard looking Android TV box, with a matte black finish.

As usual, ports are located on the left and back of the unit. On the left side, we have two full-size USB 2.0 ports and a micro SD card slot.

Around the back is composite video output , Ethernet, HDMI out and the external wifi antenna. That wifi antenna is definitely the worst antenna I’ve ever seen. It’s weirdly loose so it tends to fall over, no matter how much I’ve tried to tighten it.

The included Bluetooth voice remote is the same one we’ve seen in boxes such as the Mecool M8L Pro. It’s got all the standard Android buttons as well as a Google Assistant button to access Google’s AI assistant and being Bluetooth, it doesn’t need line of sight which is a massive plus. That said, I’d still consider an airmouse which gives you a few more control options. 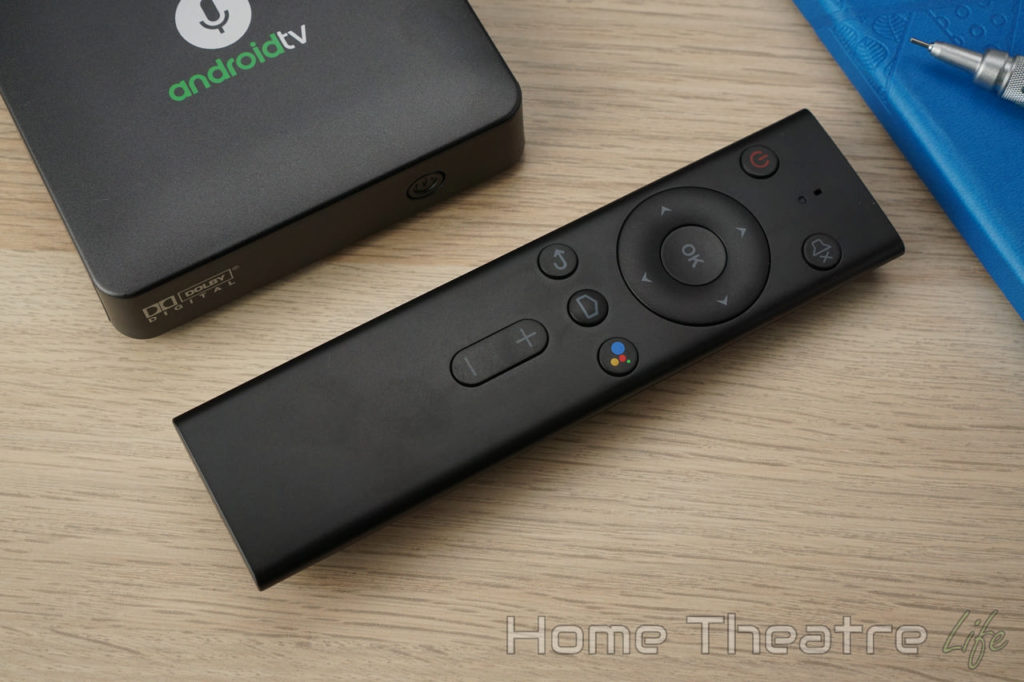 The remote’s Google Assistant button is obviously one of the Mecool KM8’s standout features. However, I found the whole thing a pain to use. To use the remote’s built in microphone, you’ll need to hold down the button which feels unnecessary. This also means that voice search won’t actually work anywhere else aside from Google Assistant as trying to activate the microphone brings up the Assistant, causing the voice search prompt to be cancelled. 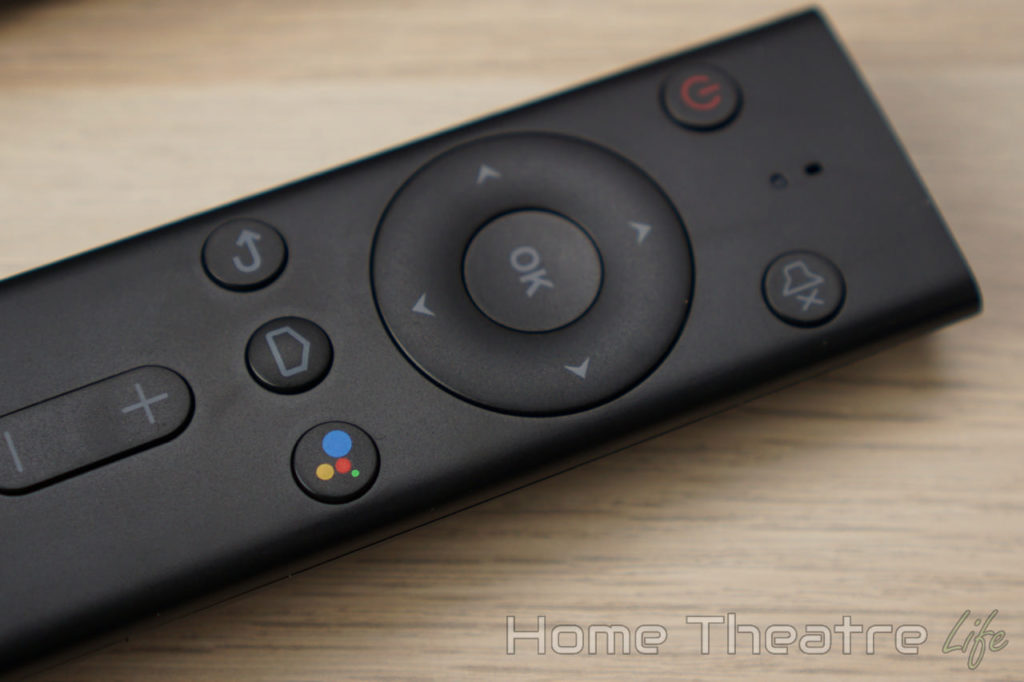 Actually using it is great when it recognises what you’re actually saying but voice recognition was the worst I’ve ever seen with only 1 out of every 10 or so attempts actually resembling what I asked it. It was honestly more of a headache to try and use.

The KM8 runs Android TV 8 Oreo which means you’re getting a polished TV-optimised experience which is great to navigating with a remote. Android TV 8 shuffles some things around, with vertical categories such as Apps, Recommendations and more which can be scrolled through horizontally. 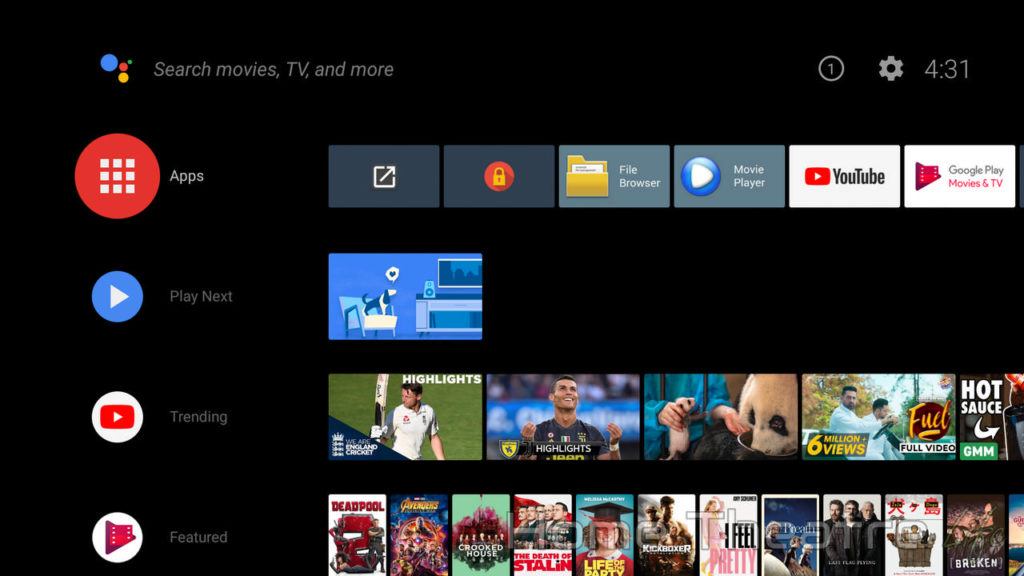 There’s also a handful of pre-installed apps such as a file browser and media player, and you’ll get access to the Google Play store to install your favorite apps such as Kodi. That said, as an Android TV device, you’ll have a more limited selection of apps available so I’d recommend installing a Google Play alternative such as AptoideTV to get access to a more complete set of Android apps. The firmware itself seems to run well, with the quadcore processor keeping everything running smooth. However, it’s clear that there’s quite a few bugs that need to be ironed out. As of writing, Netflix isn’t working at all (either in the app or via Chromecast) and I had frequent “wifi disconnected” messages. These feel like software issues so here’s hoping Mecool fix them in future firmware updates.

Speaking of software updates, they appear to be supported but at the time of writing, Mecool haven’t released any. 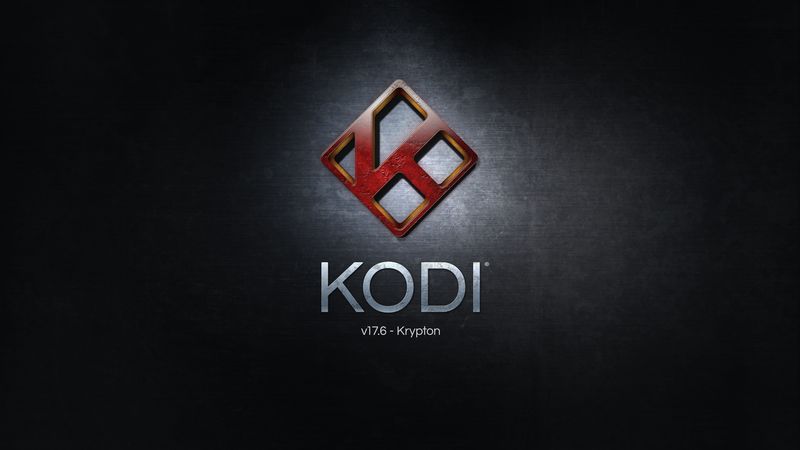 Media playback on the Mecool KM8 was pretty good. Most of my test files played without any issues but 60fps content wasn’t smooth at all – disappointing given that I’ve tested other Amlogic S905 boxes that have played it flawlessly.

Automatic framerate switching isn’t supported which is disappointing for those sensitive to motion judder.

Despite the fact that the Mecool KM8 supports Google Widevine L1 DRM, Netflix wouldn’t work at all with the app just giving error -13 – “This version of Netflix app is not compatible with your device”. This is a massive problem for Netflix users and is disappointing to see on a box that’s supposedly “Google-certified”

As a Google-certified Android TV box, the Mecool KM8 features Chromecast support built in, allowing you to cast videos, photos and music from a wide variety of apps.

I didn’t have problems casting from most apps such as YouTube and Freeview (Australia’s catch-up TV app). However, Netflix videos wouldn’t start despite seeming to connect. It certainly appears that Netflix is well and truly broken on the KM8. Should You Buy The Mecool KM8? I was hopeful that the Mecool KM8 would be a winner as one of the first Google-certified Android TV boxes to come out of China. However, there’s quite a few issues that prevent it from surpassing its nearest competitor, the Xiaomi Mi Box, such as broken Netflix support, buggy firmware and lackluster connectivity. The lack of Netflix support is a massive deal breaker and anyone using the streaming service should definitely look elsewhere.

That said, Chromecast support is a massive plus and the box does handle Android TV and general playback well so it’s not all negative.

Overall, the Mecool KM8 Plus ends up being a fairly average Android TV box, despite its Google certification. Whilst Android TV 8, basic media playback and Chromecast support are all great selling points, the bugs and broken Netflix make it a hard one to recommend until these issues are (hopefully) resolved0.6 in a future firmware update.

Where to Buy the Mecool KM8

The Mecool KM8 is available from GearBest for around $60 with free shipping.

MECOOL KM8
The Mecool KM8 has potential, with working Chromecast, Android TV and more. However, broken Netflix and bugs makes this a product that needs some more polish with future firmware updates.
Pros
Cons
6.4