The MINIX NEO Z64 is a quadcore Intel mini PC by famed mini PC manufacturer MINIX. Whilst MINIX have traditionally played in the Android Mini PC space with popular devices such as the X8-H Plus, the MINIX NEO Z64 breaks the mold by coming in both Android and Windows variants. I was fortunate enough to review the Windows Edition, also known as the MINIX NEO Z64W.

Thanks to GeekBuying for providing me a sample to review. You can purchase the MINIX NEO Z64 from them.

A compact Windows mini PC powered by a quadcore Intel processor. Its low power requirements and fanless design make it an ideal HTPC or desktop. 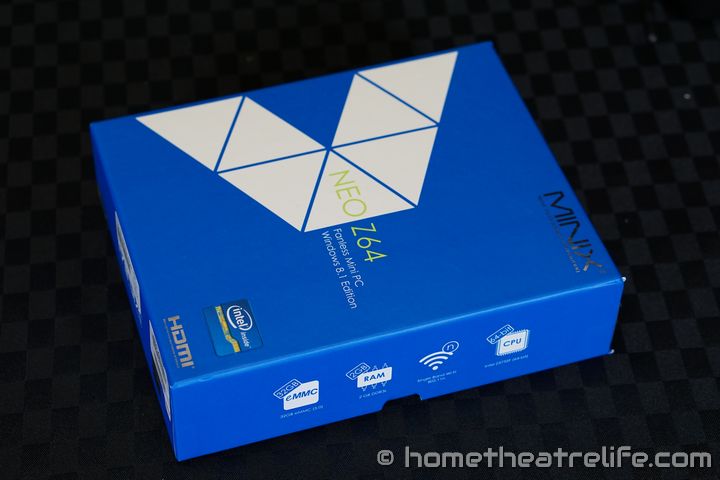 MINIX have given the basics to get started inside the box: 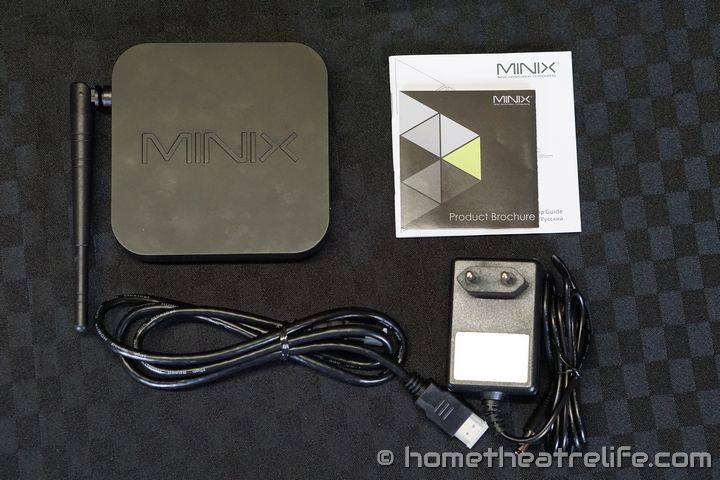 I’m glad to see that MINIX have included a HDMI cable inside the box, as both Windows boxes that I have tested so far – the PiPO X7 and VOYO Mini PC – haven’t included one.

As I mentioned in my impressions article, the MINIX Z64 looks identical to other MINIX NEO devices such as the MINIX NEO X8-H Plus. There’s no greater evidence of this than the large Android logo engraved underneath the case, despite running Windows. It’s a little odd but doesn’t have any meaningful impact on the device. 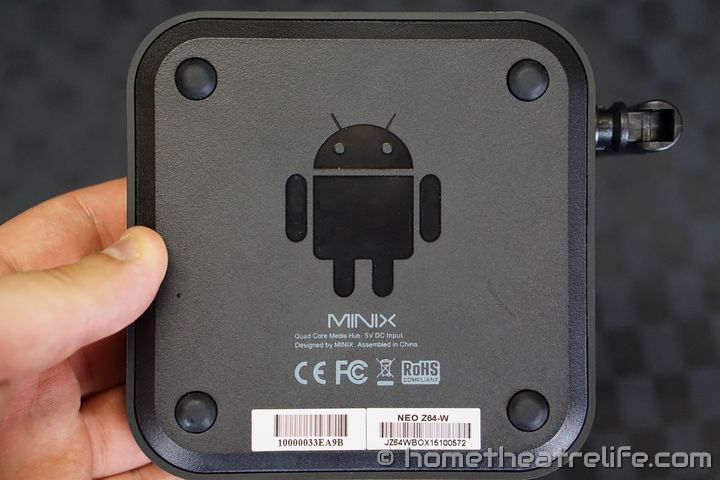 The device feels solid and has real weight to it which I haven’t noticed in other devices, even the excellent PiPO X7. This makes the Z64 feel like a “premium” device. 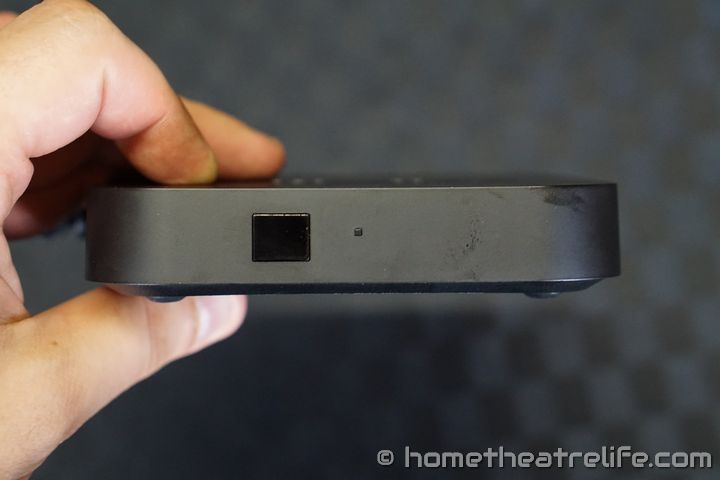 The front of the device houses the power LED and IR sensor, although without an included remote, I’m not sure what it is compatible with. Moving around to the right of the device, we have the power button, microSD card slot and 2 USB 2.0 ports. 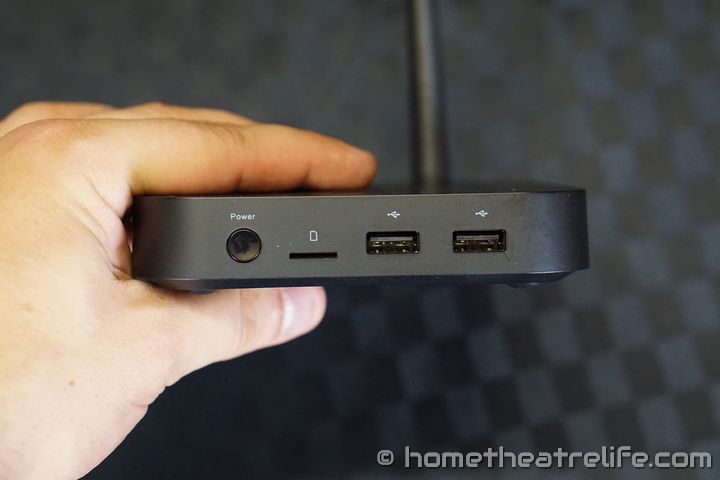 Finally, the bulk of the ports are located at the rear. Moving from left to right, we have 3.5mm audio, HDMI out, Ethernet and DC In. A WiFi antenna also makes an appearance on the left side. 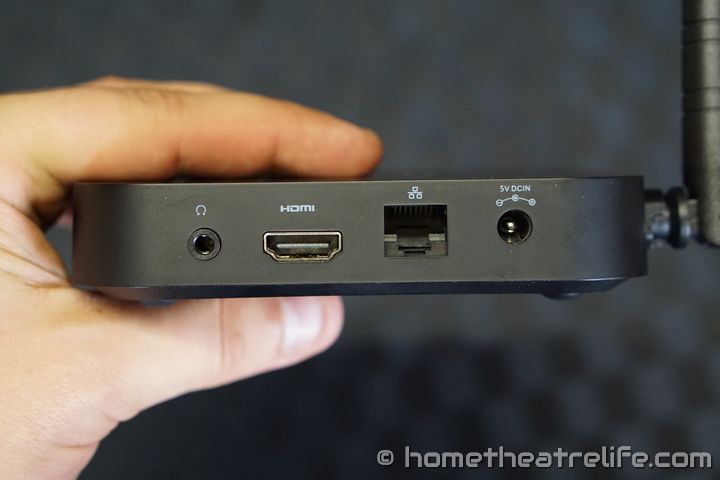 The biggest issue here is that MINIX have only included 2 USB 2.0 ports, which means you’ll only have a single USB port spare after connecting a mouse/keyboard. I’d definitely invest in a good USB hub to bridge the gap.

In order to boot the device, you need to first press the power button. The Z64 boots quickly, with a cold boot taking just 13 seconds to reach a usable state. Resuming from standby is essentially instantaneous. Windows performance has been excellent so far, with everything feeling smooth and no hint of lag. During my brief bit of testing, I didn’t notice any heat-related throttling at all, which some people have complained about on some other Windows PCs.

Though the device comes with 32GB of eMMC storage, this isn’t all usable as it’s split into 3 partitions:  a 100MB system partition, a 4.1GB recovery partition and a 24.7GB main partition that the OS resides on. This means that out of the box, you have 20.1GB free to use. Thankfully, you can install an SD card to increase the available storage. 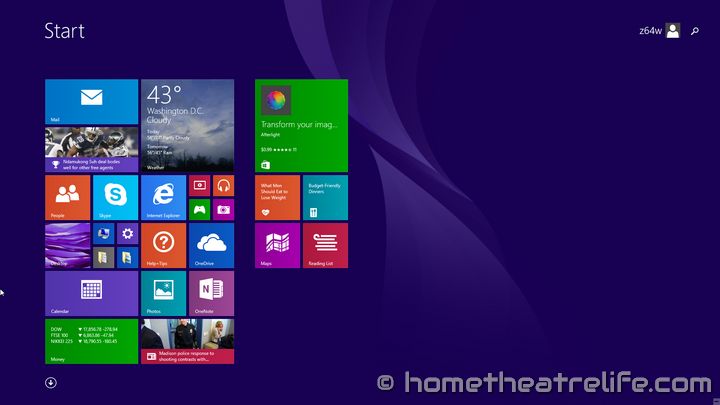 It’s Windows 8.1 with Bing! There’s really not much to elaborate on, as Windows 8.1 is consistent across all devices. The Intel Z3735F is sufficiently powerful to handle Windows 8.1, with menu navigation and opening apps feeling fast and smooth. Windows 8.1 with Bing comes activated – although I’d expect no less from MINIX, given their reputation in the mini PC market.

I was really impressed at how well the MINIX Z64 handled the media files I tested on it. I had no issues with the more demanding codecs such as 4K H.264, 1080p60 H.264 and, surprisingly, even Hi10p was watchable. Automatic framerate switching worked as expected.

Gaming performance was respectable given the relatively weak GPU in the device. Jetpack Joyride was silky smooth and even Beach Buggy Blitz maintained an excellent framerate on maximum settings. Even Asphalt 8 played relatively well, maintaining approximately 25-30fps at 1080p throughout several races. I didn’t notice any performance drops to suggest thermal throttling like I saw in the VOYO Mini PC which is excellent.

I connected my iPega 9025 controller over Bluetooth without any issue. I was also able to connect my Tronsmart Mars G01 which was recognized as a Xbox 360 controller and use it in both Beach Buggy Racing and Asphalt 8.

To test out WiFi performance, I used iperf (iperf –t 60 -c SERVER_IP -r) to test networking bandwidth. Wifi performance was good, with upload and download speeds of 13.6 Mbps and 15.1 Mbps respectively. Web browsing and watching YouTube videos over WiFi felt fast and I didn’t experience any buffering when streaming a 1080p video from an NFS share.

Ethernet bandwidth was tested using the same procedure as WiFi, with the device connected to a Gigabit Ethernet port on my router. As expected, Ethernet speeds were good, with upload and download speeds of 90.1 Mbps and 87.4 Mbps respectively. This correlates with what we saw on the similarly specc’ed PiPO X7. 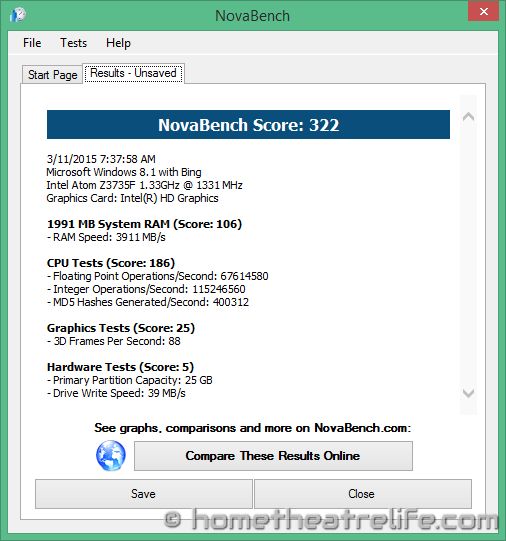 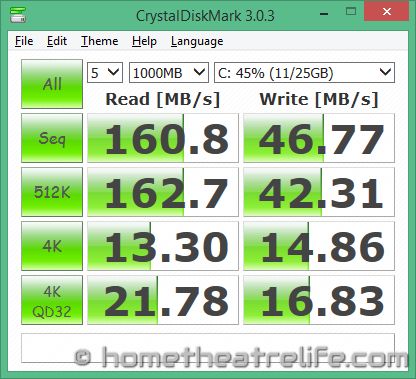 Interestingly, the MINIX Z64 achieved signifiicantly higher read and write speeds across the board than the VOYO Mini PC.

Temperatures were measured after a barrage of benchmarks using an IR thermometer. With an ambient temperature of 23.3°C, the top and bottom case temperatures were 43°C and 51.4°C respectively. I didn’t experience any thermal throttling, with temperatures maxing out at around 75°C under extreme load. It’s clear that MINIX have done an excellent job on keeping the SoC cool.

I recieved my MINIX NEO Z64 from GeekBuying. If you’re interested in getting one for yourself, you can purchase one from them: Windows or Android.

Have you bought a MINIX NEO Z64? What do you use yours for? How well do you feel it performs?

MINIX NEO Z64
The MINIX NEO Z64 is an excellent Windows PC that is well worth the premium over its competitors. With top-notch build quality and excellent performance thanks to a focus on cooling, I'd thoroughly recommend forking out for the MINIX Z64 if you're in the market for a cheap Windows HTPC or desktop. It's just a shame that they didn't include more USB ports
Pros
Cons
9.2