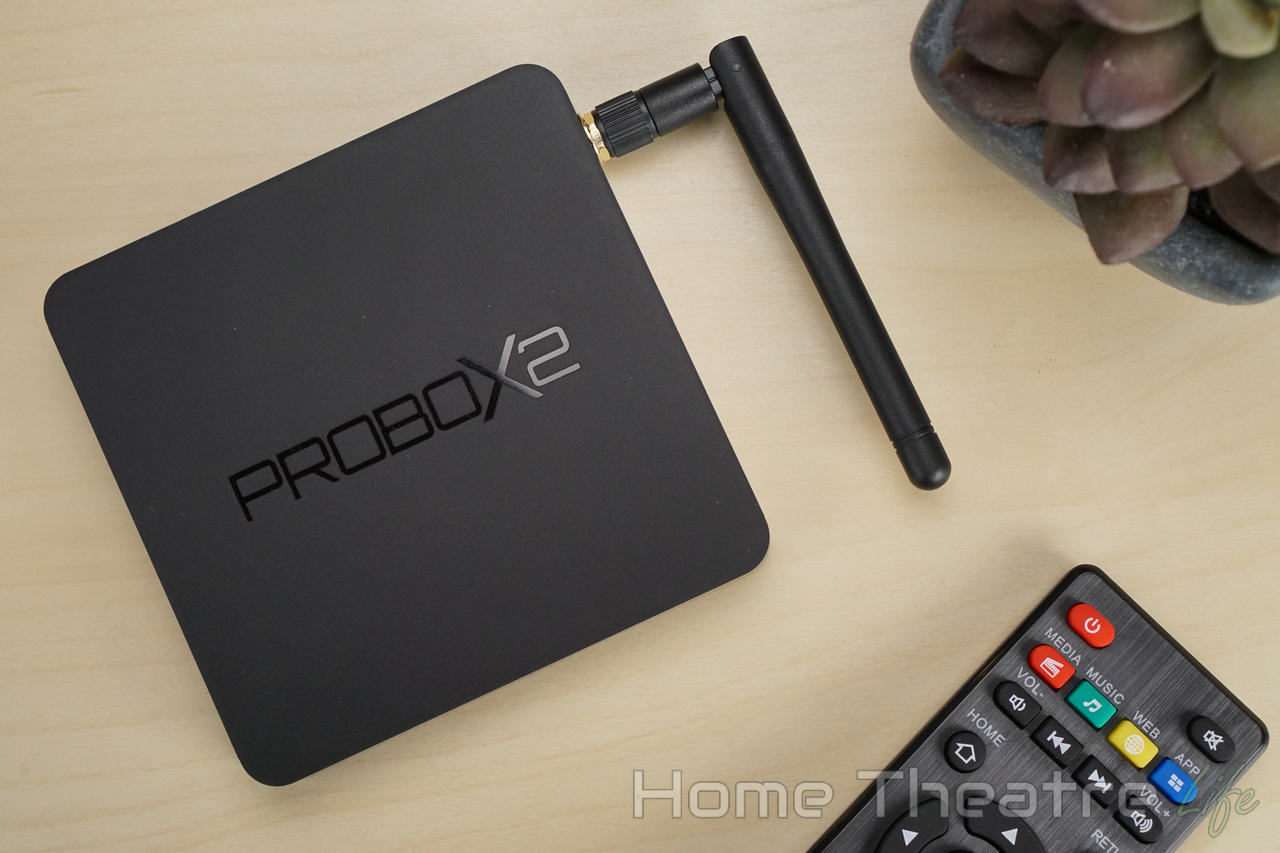 What is the PROBOX2 Air Plus?

The PROBOX2 Air Plus is a compact Android TV box running Android 6.0.

Where to Buy the PROBOX2 Air Plus

The PROBOX2 Air Plus is available from Amazon or W2Comp. 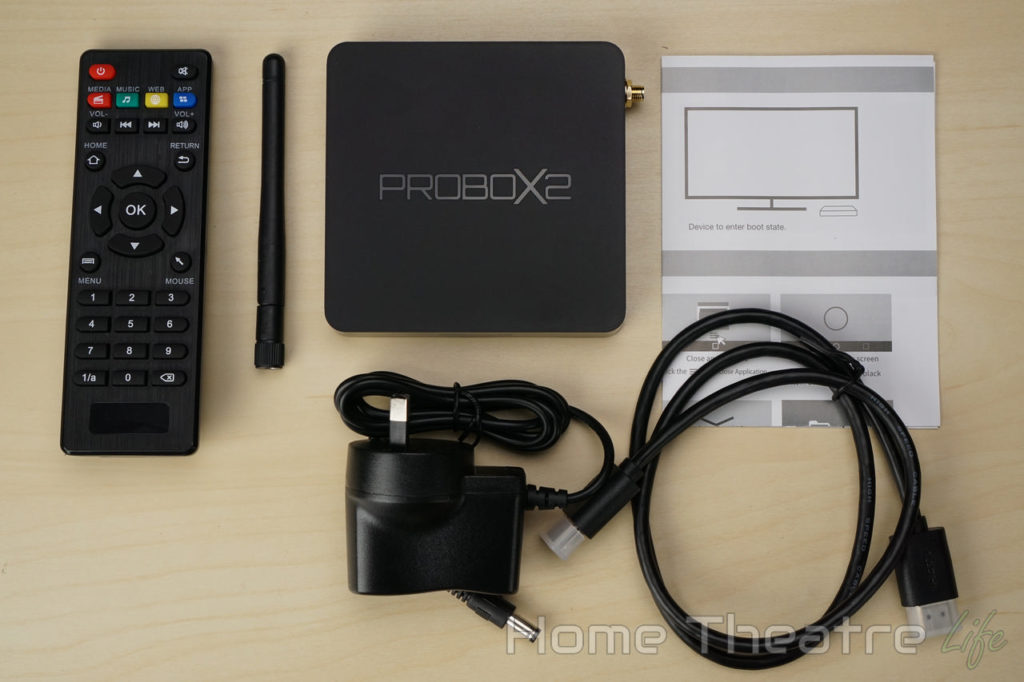 The PROBOX2 Air Plus is a fairly standard Android TV box. It looks identical to other PROBOX2 devices, with a blue power LED and matte finish.

There’s a USB 2.0 port and micro SD card slot on the left side and the external wifi antenna connector on the right. At the back of the unit, we’ve got DC in, another USB 2.0 port, HDMI out, Ethernet and optical audio. As always, I’m disappointed there’s no front USB port for easy access.

The included IR remote is similar to other Android TV boxes I’ve reviewed. There’s an impressive set of functions here including shortcut keys, Android functions and a mouse mode.

Range was decent, though I found the buttons mushy which led to them failing to register occasionally. 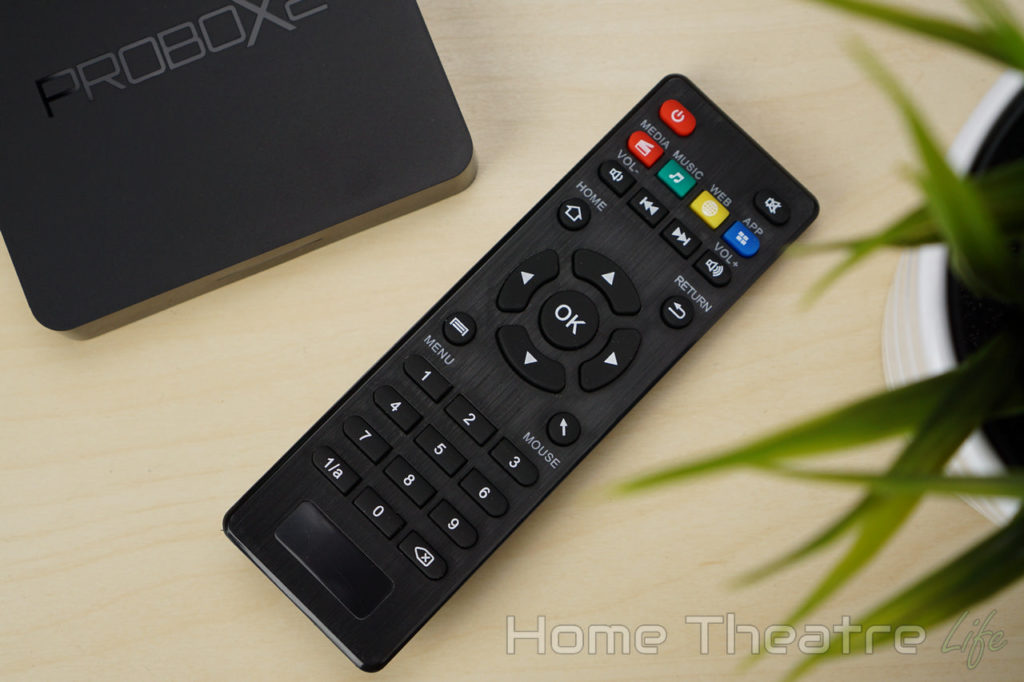 As usual, I’d recommend picking up an air mouse for a better Android experience. You can either grab a PROBOX2 Air Plus bundle with PROBOX2’s Remote+ Air Mouse or see my picks for the best Air Mouse .

The PROBOX2 Air Plus boots in around 35 seconds, which is similar to other Amlogic S912 devices I’ve reviewed.

On first boot, there’s a brief setup wizard which takes you through the basics of getting the Android TV box connected to the net and more. It’s a nice touch that makes the box far more user-friendly. 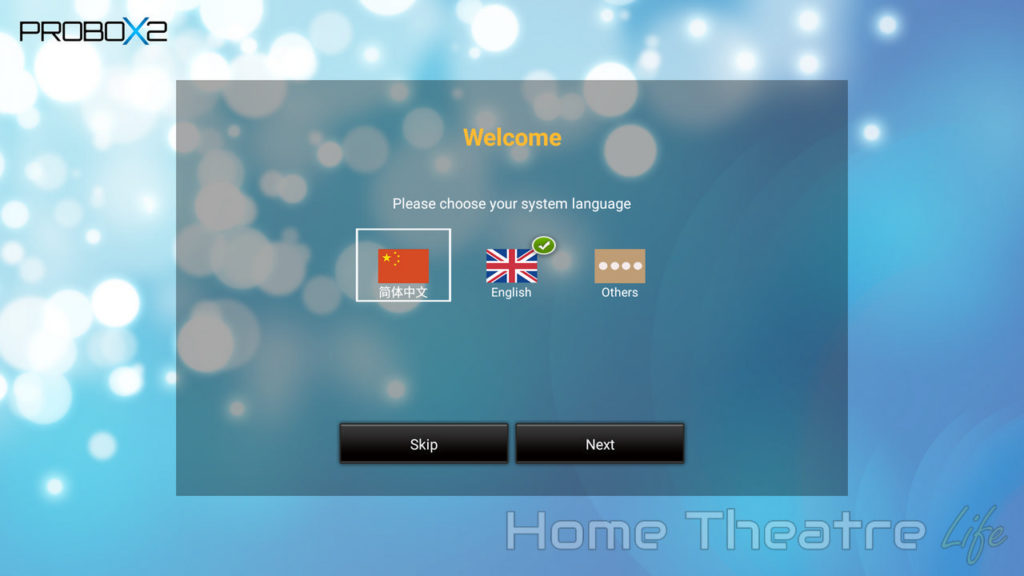 The PROBOX2’s launcher is attractive enough, with built-in shortcuts for Qodi (a Kodi fork), Google Play and more. There’s also folders for apps such as games and a customisable row of shortcuts on the bottom.

If you’re not a fan of the default launcher, PROBOX2’s “1-Click Switch UI” feature lets you easily change launchers, though I didn’t find myself using it at all.

There’s a couple of apps pre-installed, including Netflix, AirDroid and Fishing Joy. Of course, you can use the Google Play store to install your favorite apps and games. Root access is also available for those who need it. 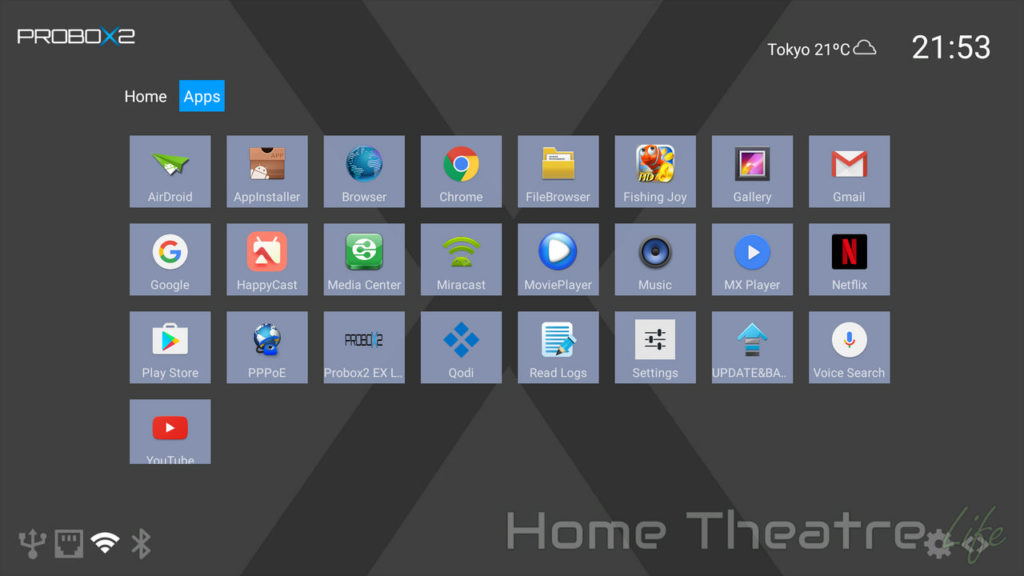 OTA updates are supported and PROBOX2 have already released several updates which is great to see. Testing media playback on the PROBOX2 Air Plus was done using both the pre-install Kodi fork QODI, as well as Kodi 17.3 downloaded from the Google Play store.

Media Playback was quite good, handling most of my video samples without any issues.

Automatic framerate switching unfortunately doesn’t work which will be an issue for home theatre enthusiasts.

The PROBOX2 Air Plus isn’t Netflix-certified so streaming videos are limited to 480p (DVD resolution).

The PROBOX2 Air Plus supports both Miracast and AirPlay.

I had no issues mirroring my Samsung Galaxy S8’s screen using the Miracast app. 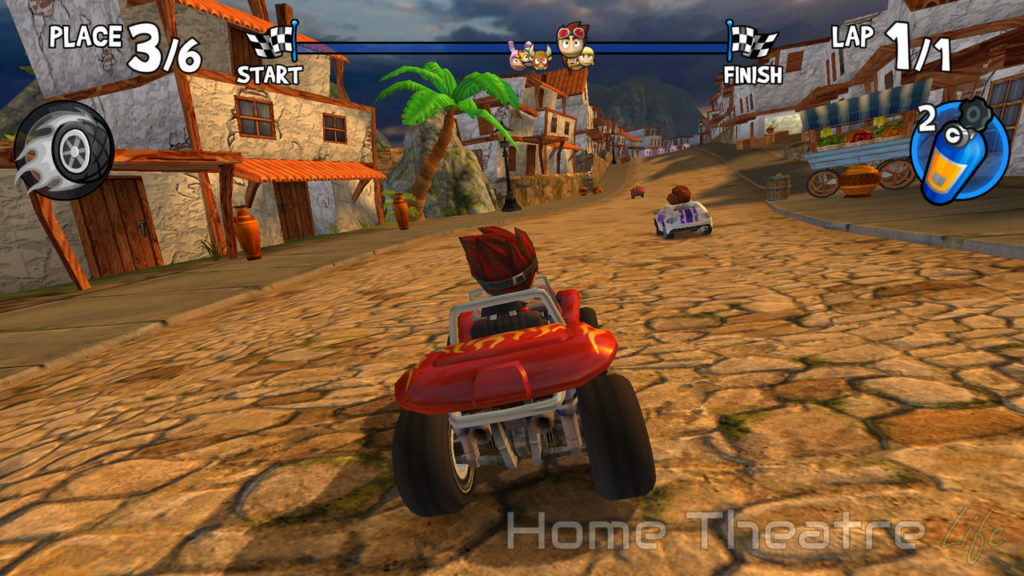 The PROBOX2 Air Plus’s gaming performance was good, with Crossy Road and Beach Buggy Racing playing great when maxed out.

Should You Buy the PROBOX2 Air Plus? 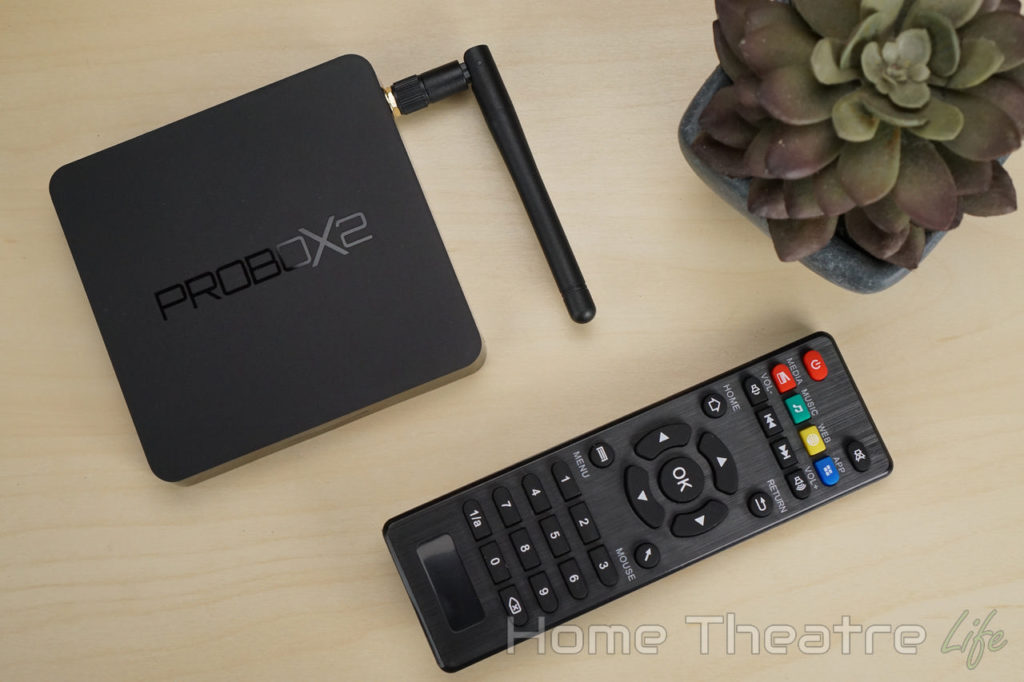 The PROBOX2 Air Plus is easily one of the better Amlogic S912 devices out there, with better support and specs than some competing devices.

Both media playback and gaming were excellent, though no HD Netflix, automatic framerate switching and an average remote will disappoint home theatre enthusiasts.

If you’re looking for an Android TV box that handles basic media playback and gaming, the PROBOX2 Air Plus is a solid performer, though home theatre enthusiasts wanting features like automatic framerate switching should look elsewhere.

Where to Buy the PROBOX2 Air Plus

The PROBOX2 Air Plus is available from Amazon or W2Comp.

PROBOX2 Air Plus
The PROBOX2 Air Plus offers impressive specs and solid performance in both gaming and video playback. However, enthusiasts will be disappointed with the lack of HD Netflix and AFR.
Pros
Excellent media playback
Strong gaming performance
OTA Updates
Cons
No Automatic Framerate Switching in QODI/Kodi
Netflix limited to 480p
7.2