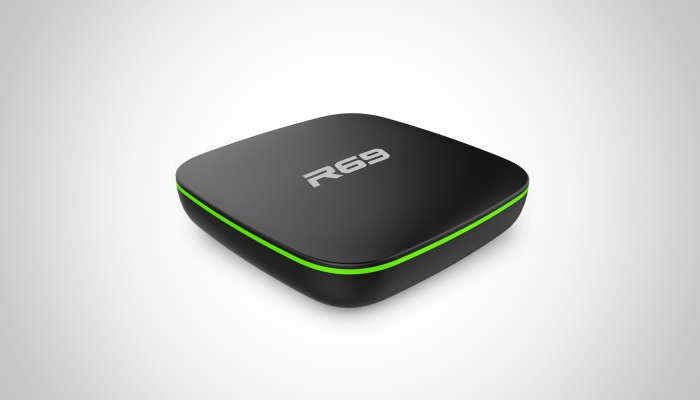 The Sunvell R69 is a new TV box featuring the quadcore Allwinner H2 processor – all for $27. It’s available from GearBest for around $27 with free … Read more 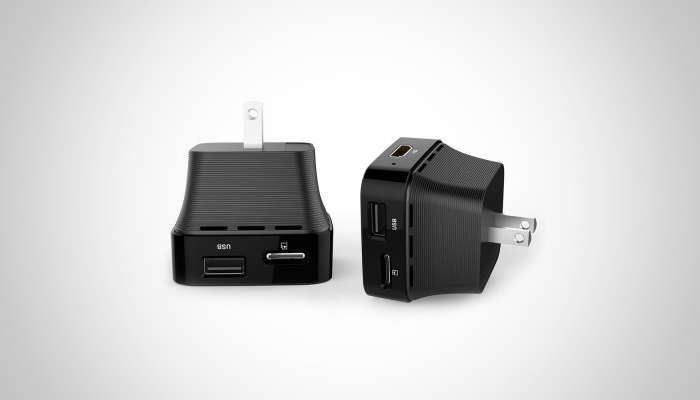 Another day, another Sunvell Android TV box. The Sunvell T95P is a new Android TV box powered by the quadcore Amlogic S905X that features a … Read more 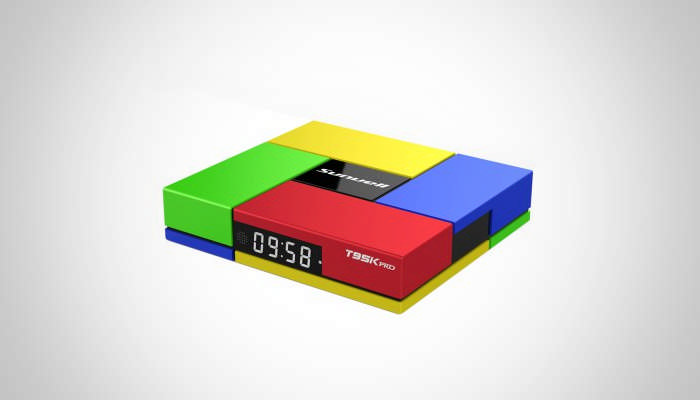 Sunvell have been releasing a huge number of Amlogic S912 devices with very similar specs and the new Sunvell T95K Pro Android TV box is no different. The … Read more 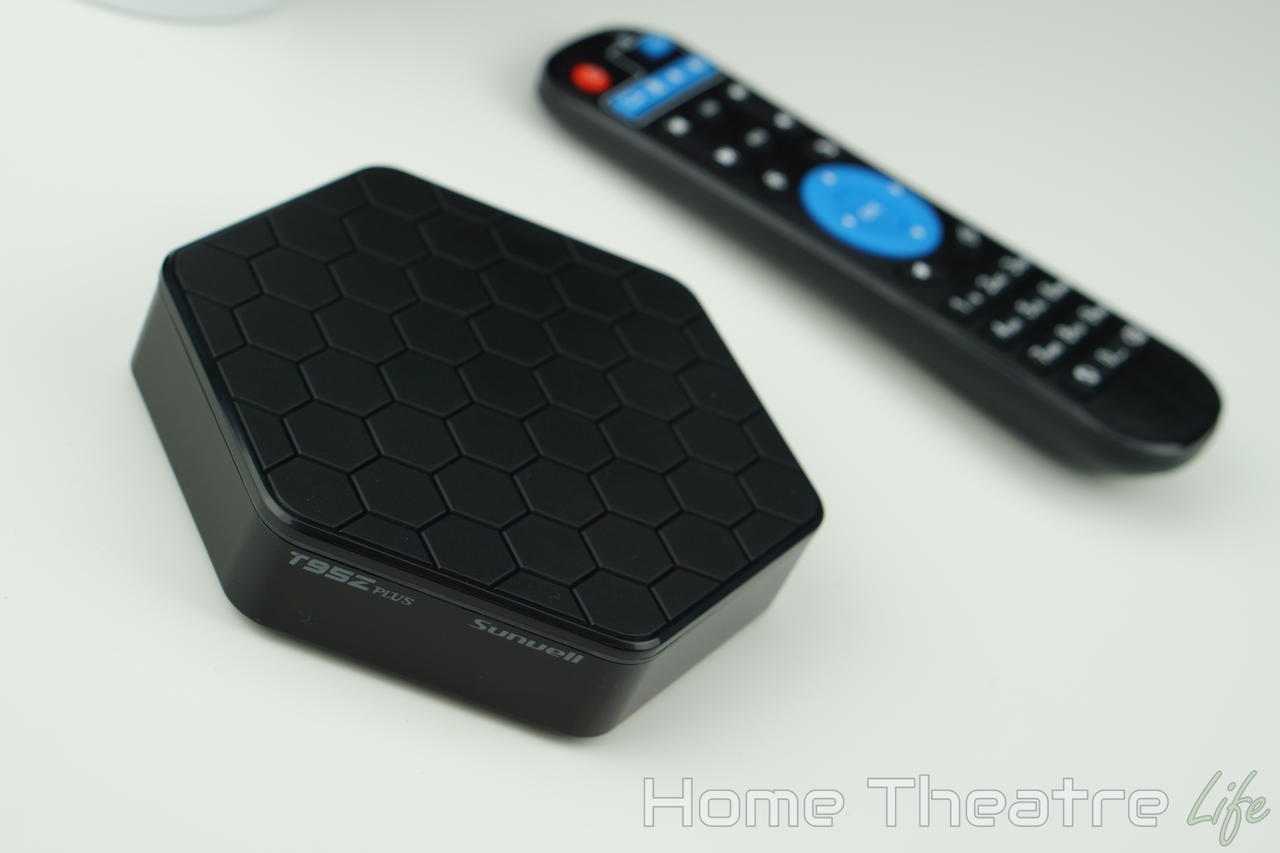 I want to say thanks to GearBest for sending me a sample to review. Check out the Sunvell T95Z Plus over at their store below. 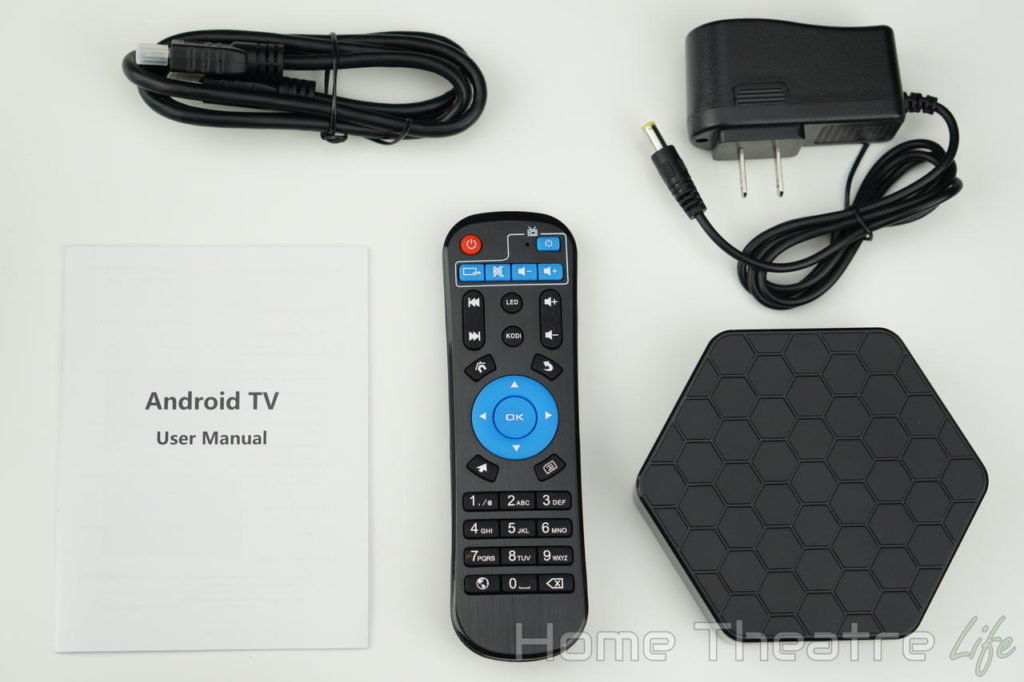 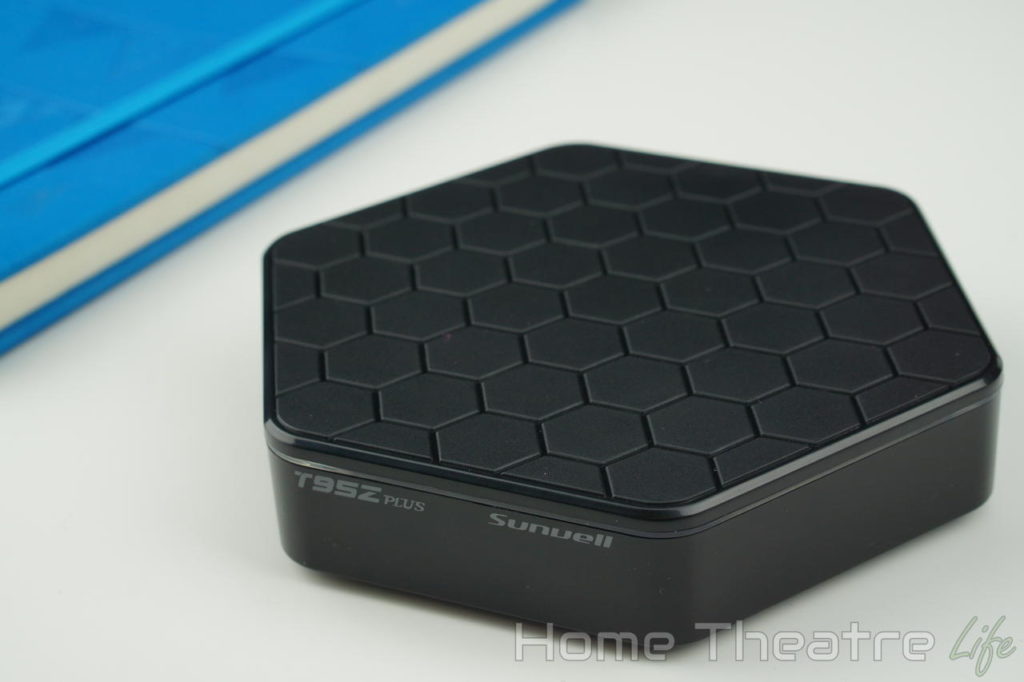 The Sunvell T95Z Plus is a striking looking unit. With its hexagonal shell and interesting geometric detail, it definitely stands out in a good way.

There’s a multicolored LED strip that lights up in either green, blue or light blue. It also doubles as a status light. I love how it looks but I can also see it being distracting in a dark environment so thankfully you can turn it off via a dedicated button on the included remote control.

The front of the unit is relatively bare,  featuring a large LED display which displays the time and status indicators for things like wifi and Ethernet connectivity.

Ports are located towards the back of the unit. Going from left to right, we have, a USB 2.0 port, Ethernet, optical audio output, DC In, HDMI out, composite out, another USB 2.0 port and a micro SD card slot.

I’m glad Sunvell opted to keep the HDMI and Power ports at the back of the unit. Given that these are always connected, it helps keep things neater. 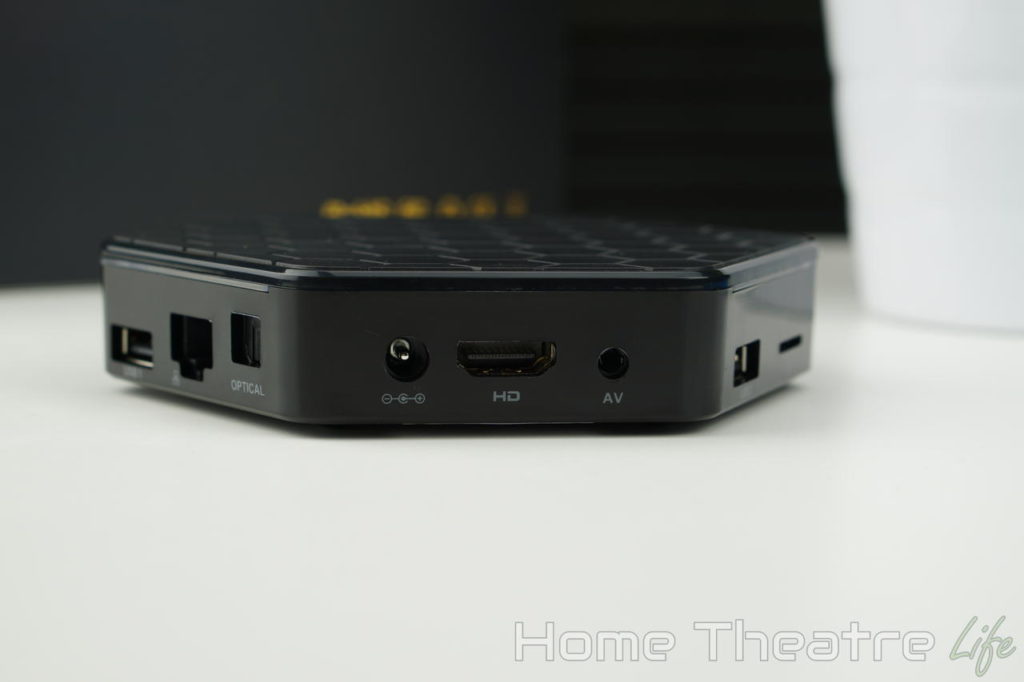 That said, I don’t like the fact that Sunvell, like most TV box manufacturers, haven’t included any front USB ports. Trying to reach rear USB ports when your media player is in an AV cabinet is just awkward.

The included IR remote surprised me, being much better quality than most of the included IR remotes. There’s a full suite of Android functions and a mouse mode, in addition to dedicated buttons for the status LED and Kodi. The buttons are nice and quiet too. 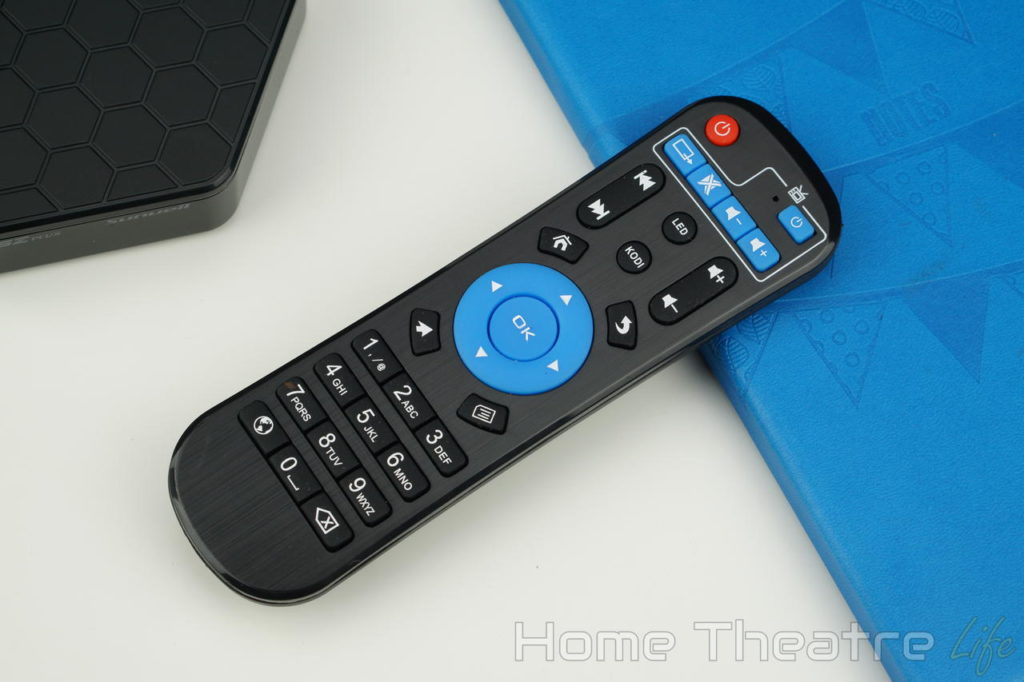 That said, I recommend picking up an Air mouse for the best experience. You can check out my Best Air Mouse guide for some suggestions.

The Sunvell T95Z Plus automatically powers up when plugged in. A cold boot takes around 30 seconds with a wireless keyboard and mouse connected. 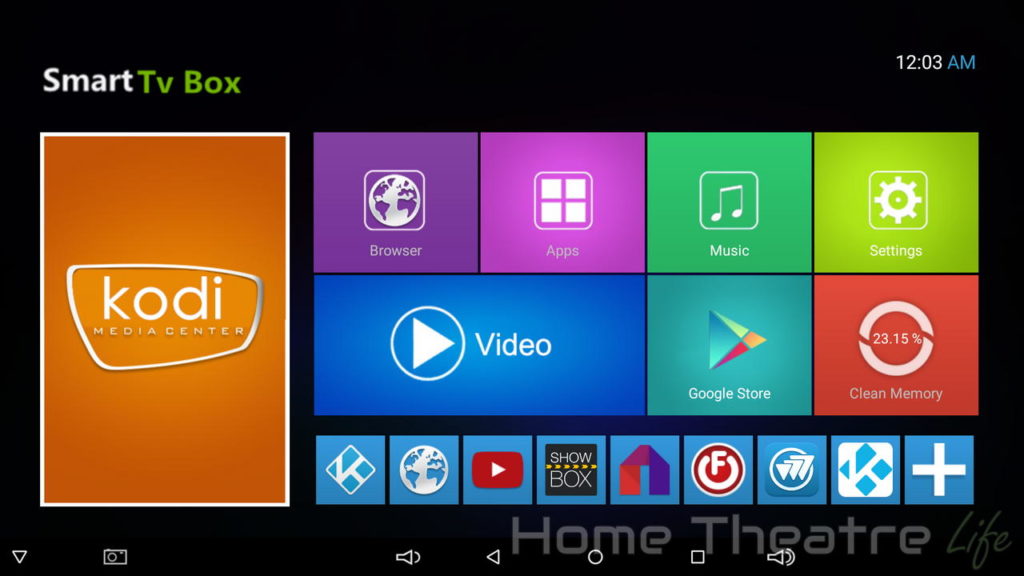 Aside from dedicated buttons for apps like Kodi, there’s also a customisable row of shortcuts along the bottom and folders for Music and Video apps that you can fill.

There’s quite a few pre-installed apps such as FilmOn, Facebook and Netflix in addition to Kodi 16.1.

Kodi has been pre-loaded with a number of add-ons but there’s also a dedicated app for installing and updating add-ons for you which is a nice touch.

There seems to be Over-the-Air (OTA) update support. However, there wasn’t an update at the time of writing so I wasn’t able to test it out. 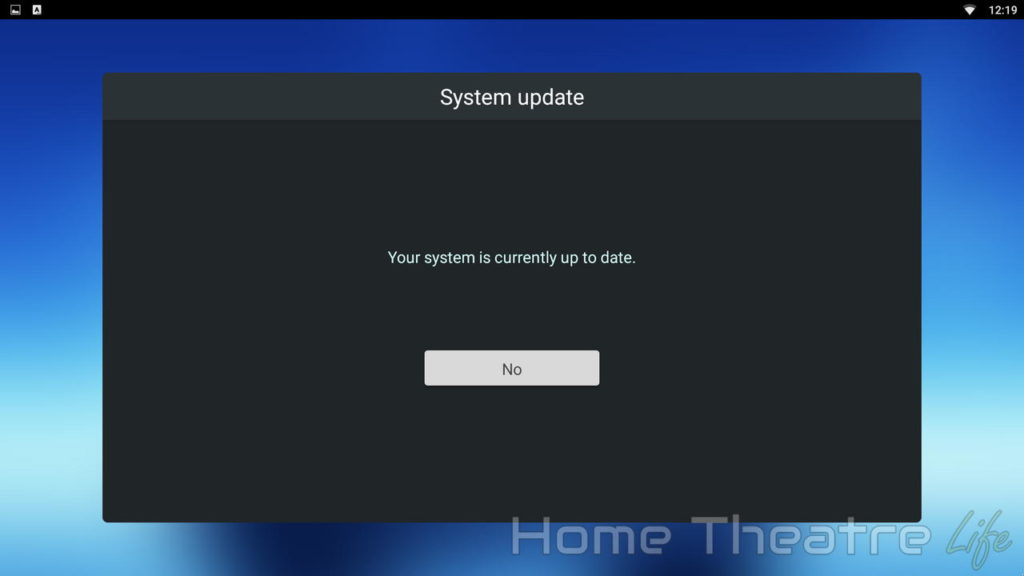 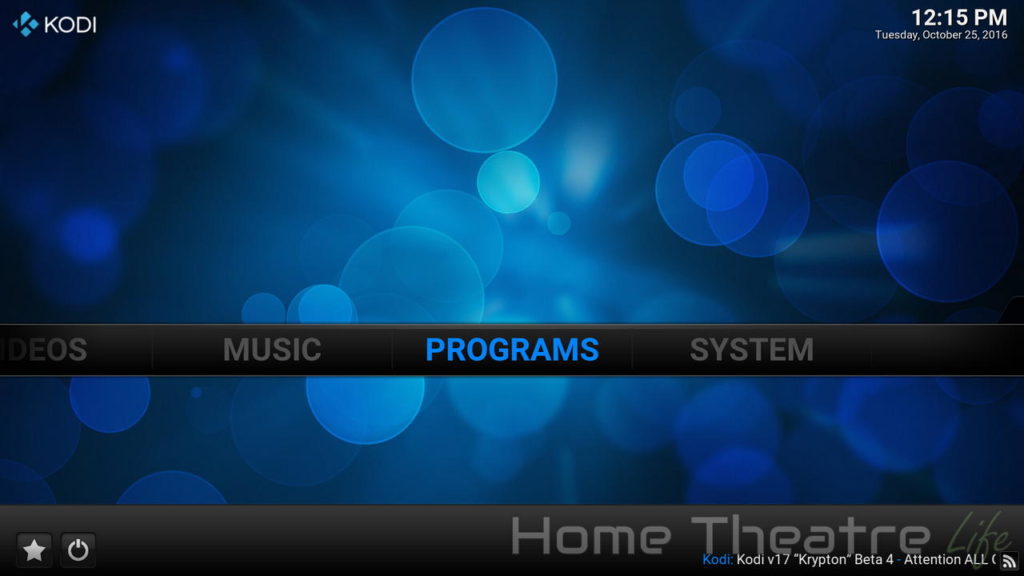 Media playback on the Sunvell T95Z Plus was fairly good. The most common codecs played back without any issues. More demanding codecs, such as 4K 60fps H.264 and 1080p Hi10p samples tripped the box up like most other devices.

Automatic framerate switching is not supported which is disappointing but frustratingly common amongst Android TV boxes.

Wireless 4K streaming from an NFS share on my server worked well. I didn’t have any buffering which is great. 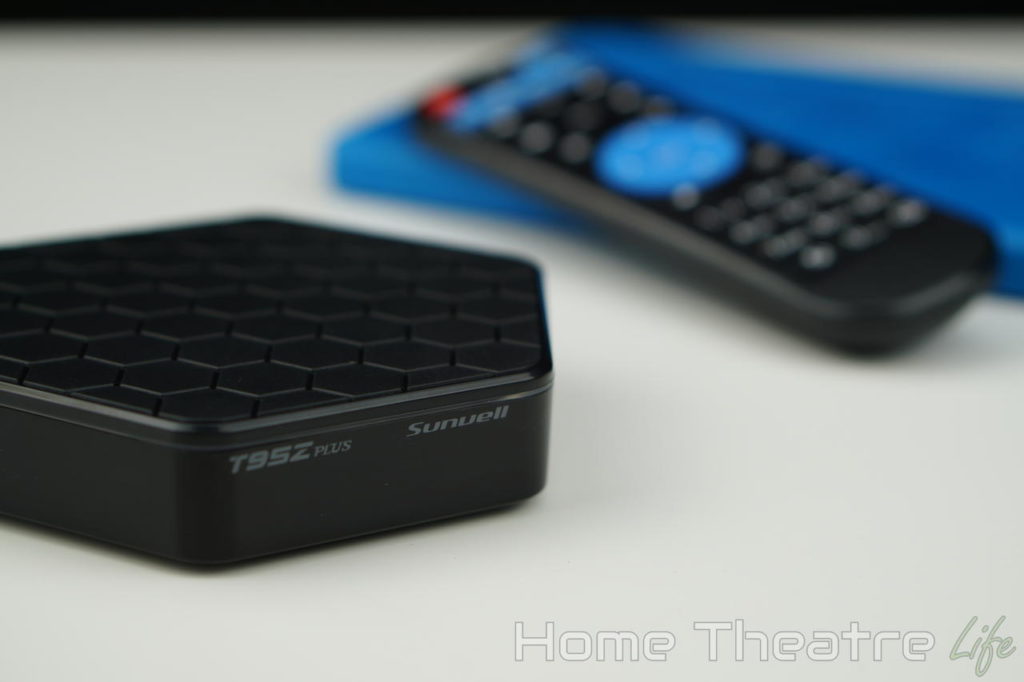 Dolby Digital 5.1 passthrough via HDMI worked via Kodi 16.1. However, there were small audio glitches every 5-10 seconds making it pretty unpleasant to listen to. I’m hoping this can be fixed via a firmware update.

Netflix works as you’d expect. However, as a non-Netflix-certified device, you can only stream in SD quality. This is typical for most Android TV boxes. 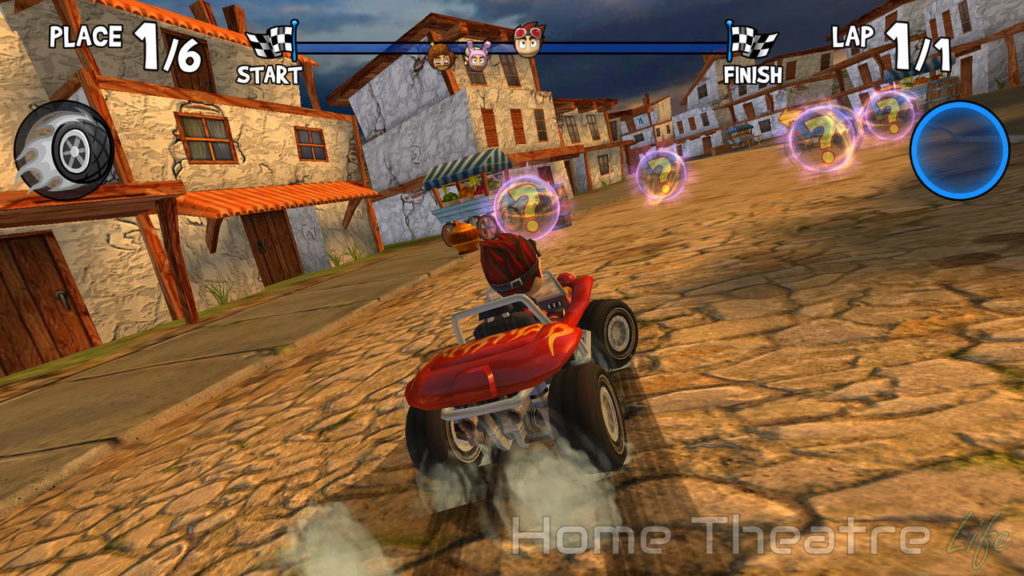 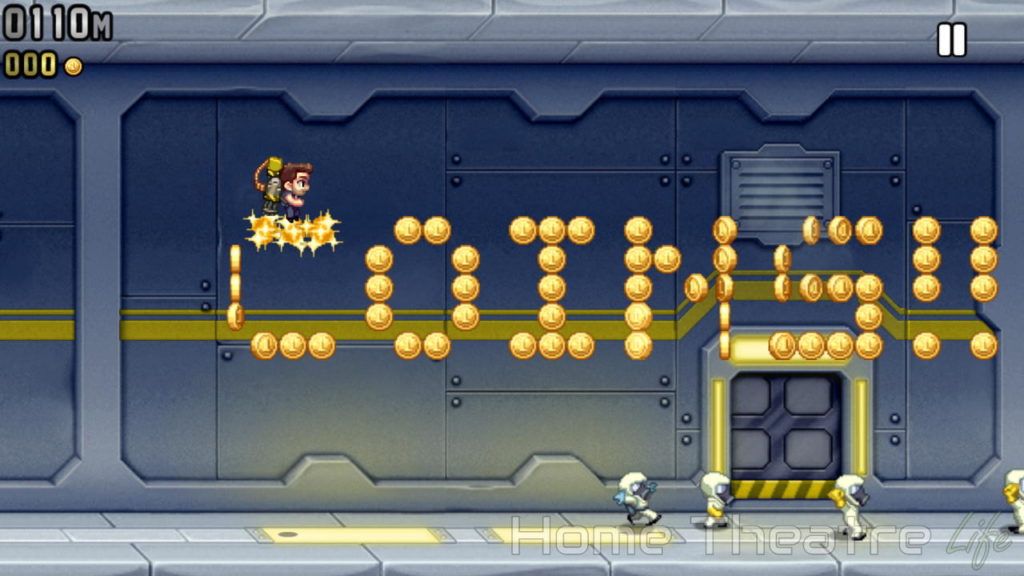 Thanks to the Amlogic S912’s powerful Mali-T820 GPU,  gaming performance on the Sunvell is excellent. Whether playing Jetpack Joyride or the more demanding Beach Buggy Racing on maximum settings,  the Sunvell T95Z Plus handled it well.  I did have the occasional bit of slowdown when there was a lot of action on screen during a few races but it was always playable. 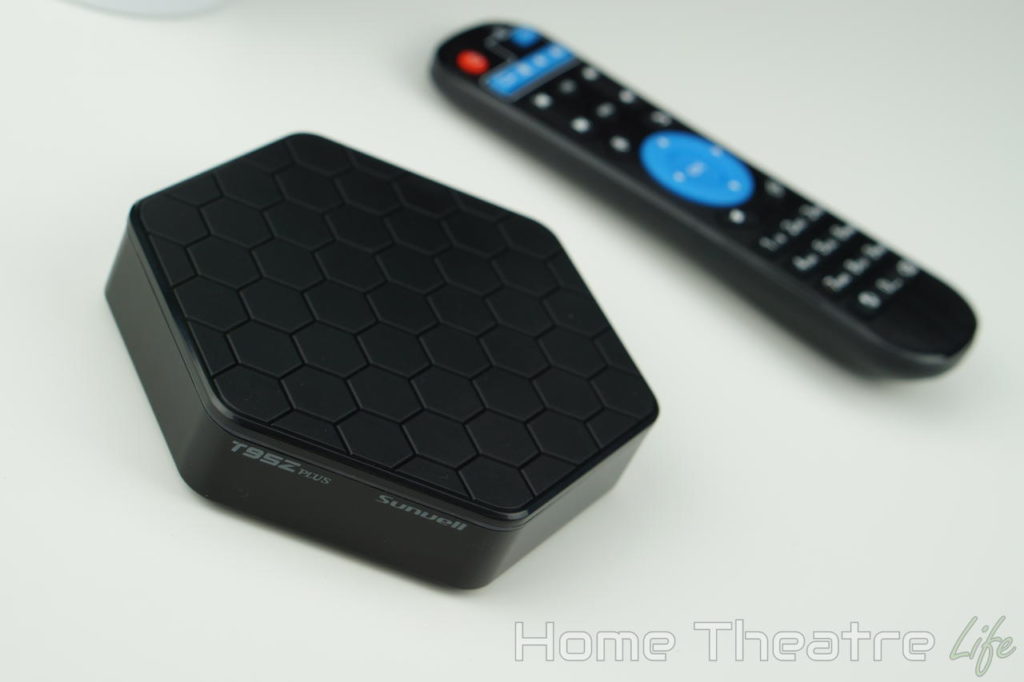 The Sunvell T95Z Plus is a decent Amlogic S912 Android TV box. It offers an eye-catching design, great IR remote and user friendly interface and handles basic media playback and mid-level gaming well. However, issues with audio passthrough (which will hopefully be fixed via a firmware update) and no automatic framerate switching in Kodi (annoyingly like most Android TV boxes) will make it unappealing to home theatre enthusiasts. 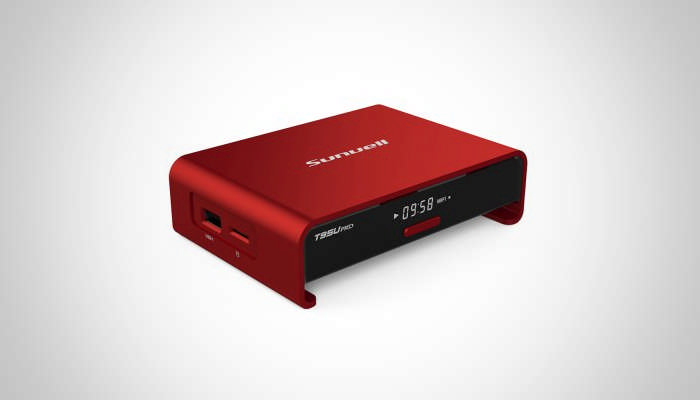 The Sunvell T95U Pro is yet another Sunvell Android TV box powered by the octacore Amlogic S912 and an LED display, much like the Sunvell T95Z … Read more 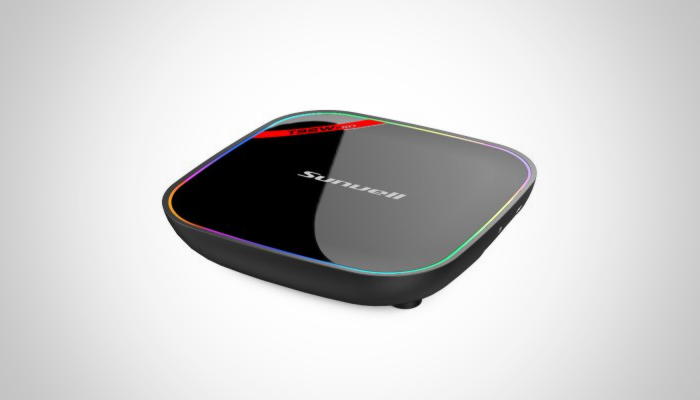 Sunvell have seemingly gone on a new product frenzy. After the recent release of the Sunvell T95Z, they’re back with another Amlogic S912 Android TV … Read more 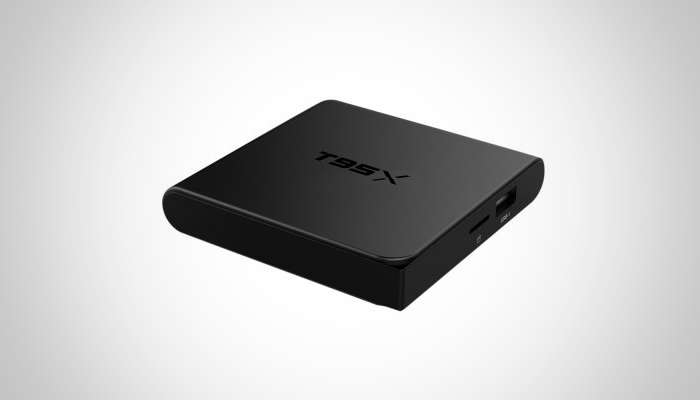 The Sunvell T95X is another Android TV box powered by the new Amlogic S905X that sells for a mere $27. Specs are on the low … Read more 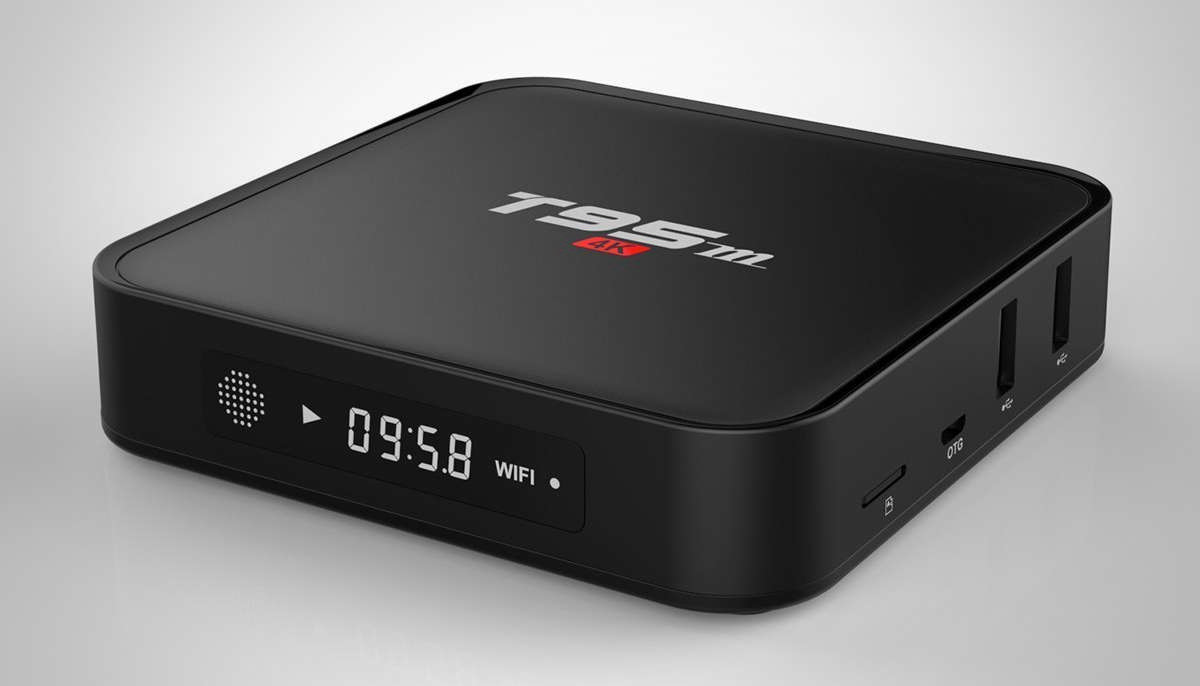 The Sunvell T95M is a new Android 5.1 TV box from the company powered by the quadcore Amlogic S905 that also features an integrated LED … Read more 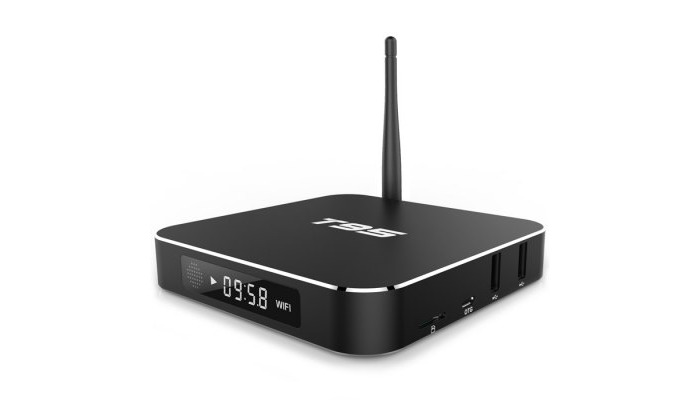 Sunvell have released an upgraded version of the Sunvell T95, an Android TV box powered by the Amlogic S905. It features 8GB of storage, dual … Read more