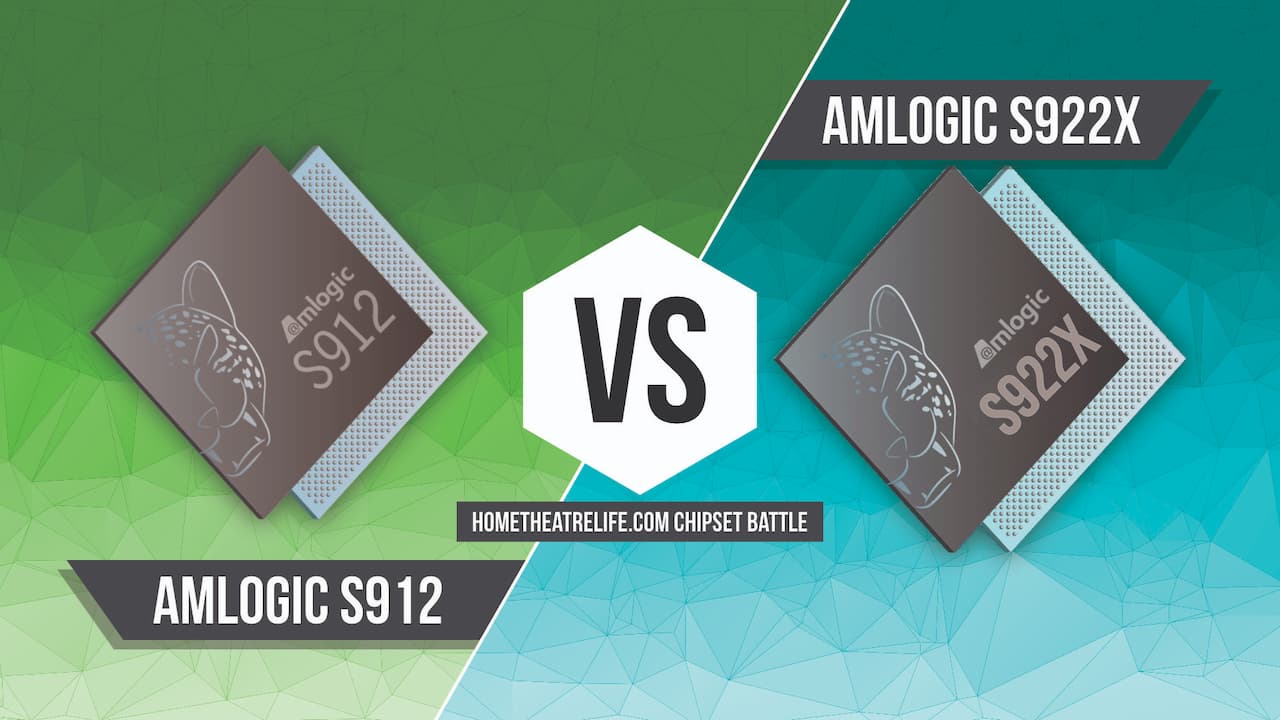 Amlogic have released their latest flagship processor in their S9 series – the Amlogic S922X. The new chipset features support for USB 3.0 for faster data transfers and HDMI 2.1 – allowing for higher resolutions. So how does the new Amlogic S922X compare with Amlogic’s other popular processor – the octa-core Amlogic S912 SoC.

Let’s compare the S922X vs S912 to find out which is the best chipset.

Whilst the Amlogic S912 was definitely no slouch in the Android TV boxes I’ve tested, the Amlogic S922X should offer a better overall experience when using Android apps, gaming, navigating the UI and other day-to-day tasks across both single and multi-core workloads.

It’s also important to note that the Amlogic S922X features the much faster USB 3.0 standard vs USB 2.0 found on the older Amlogic S912 process. This means that you’ll be able to transfer files faster and be able to play high resolution movies from your USB drive or hard drive without any risk of buffering.

Both the Amlogic S922X and Amlogic S912 are designed specifically for Android TV boxes. As such, video playback performance is excellent regardless of which processor you choose.

These results don’t necessarily translate to such dramatic changes in gaming performance in reality as I’ve found in my Android TV box reviews. That said, the Amlogic S922X should offer a significantly better gaming experience with most games running smoothly at playable framerates so the edge goes to the Amlogic S922X.

The below Android TV box benchmark comparisons cover popular benchmarks across a number of S922X and Amlogic S912 devices I’ve reviewed to see how these two chipsets stack up, with average scores being used to account for TV box differences such as firmware.

As you can see in the benchmark gallery below, the Amlogic S922X dominates every benchmark making it an easy choice based on these alone.

The Amlogic S922X is an excellent leap forward for Amlogic, with significant jumps in both CPU and GPU performance which should directly translate to a better user experience.

From a video playback perspective, there’s not really any difference between the two thanks to support for both 4K and HDR videos. However, USB 3.0 support on the Amlogic S922X and better CPU/GPU performance makes the Amlogic S922X the winner for most users makes it the winner.

With the Amlogic S922X being the new kid on the block, there’s really not too many choices available on the market yet.

However, Beelink was able to bring their GT-King TV box to the market first, offering good media playback and gaming performance thanks to the power of the new processor – though the UI is looking very dated.

Specs wise, it features 4GB of RAM, 64GB of onboard storage, dual band wireless AC and Bluetooth 4.1. It runs a stock version of Android 9.0 Pie with a TV-friendly launcher over the top.

Netflix is limited to lower resolutions and automatic framerate switching isn’t supported which is disappointing to home theatre enthusiasts.

The Mecool M8S Pro L was a sleeper hit when I reviewed it earlier this year and it’s become one of the most popular Amlogic S912 boxes available at the time of writing.

The included voice remote lets you access the Google Assistant whilst support for Google’s Widevine L1 DRM means you should 1080p Netflix streaming out of the box – though users on forums are saying that Nteflix has closed that particular loophole.

Are you going to get a S912 or S922X Android TV box? Let me know in the comments

Saitake STK-7007X Review: Is This Telescopic Bluetooth Controller Worth It?