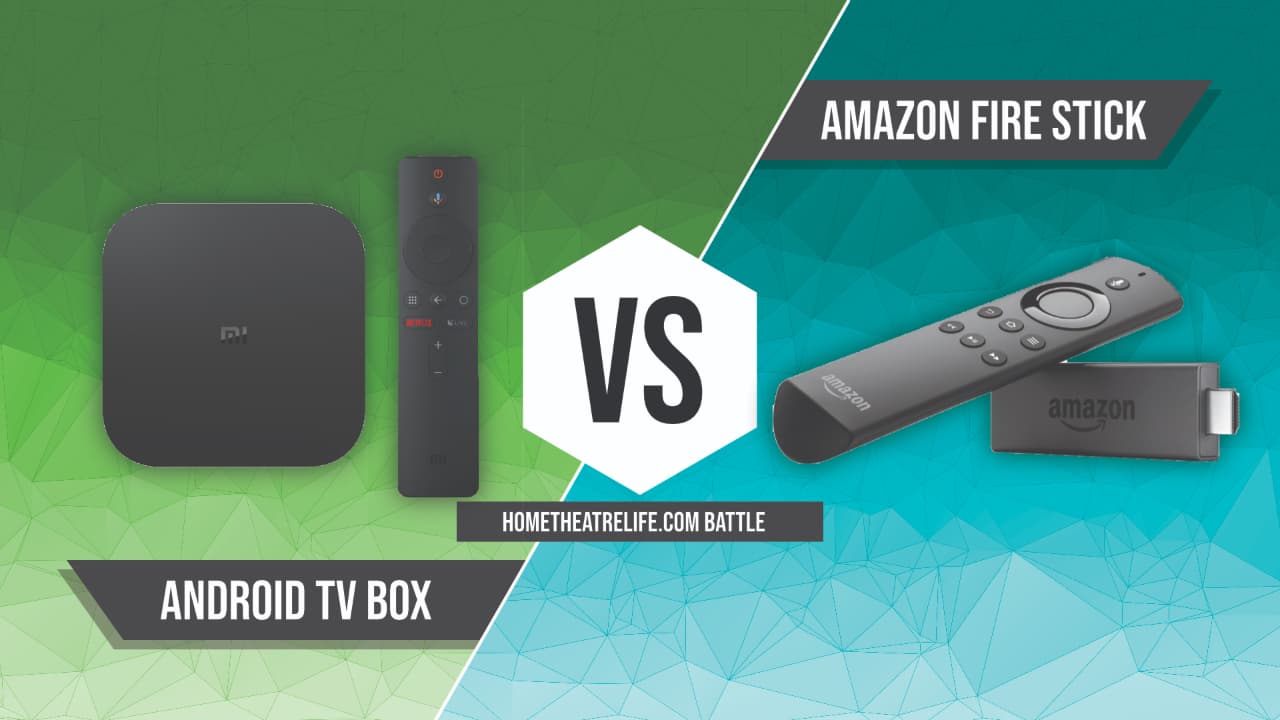 With the explosion of streaming services and media players, there’s never been more choice available for those looking for a simple way to watch their favorite movies and more. Amazon’s Firestick and Android TV boxes are two popular choices – but when it comes to Android Box vs Firestick, which is better?

What is a Firestick?

The Amazon Fire TV Stick is a USB-sized streaming media player that plugs directly into your TV’s HDMI port. You can use it to stream movies from services like Netflix and Amazon Prime, play games and more. The Firestick runs FireOS – Amazon’s own operating system based on Android.

There’s quite a few iterations of the Firestick out there, though for the sake of this comparison, I’ll be focusing on the newer 4K firestick.

What is an Android TV box?

An Android TV box is a media player that runs a version of the Android operating system (OS). There’s actually two versions of Android that are used:

They’re often used to stream movies and TV shows from services like Netflix and Amazon Prime or watching your own content using a TV-friendly frontend such as Kodi. However, they can do much more.

Android TV boxes come from a number of manufacturers with an even larger variety of configurations. This makes explicit comparisons of Android TV boxes vs Firesticks difficult. However, there are some common things that I’ll be focusing on.

From a user experience point of view, the Amazon Fire is dead simple to set up. Amazon have worked hard to ensure that the setup process is streamlined, with an intuitive setup wizard that will take you through step by step.

Accessing your favorite streaming apps is also easy, with many being suggested and can be installed with a single tap. All other apps are installed via the Amazon App Store. However, Amazon carefully curates what’s available so certain popular apps like Kodi will need to be sideloaded which might scare off some users.

The Firestick’s Bluetooth remote is basic but offers just enough features to cover most use cases. Plus, you’ve always got Alexa – Amazon’s digital assistant – at your fingertips if you need extra help or to answer a question.

Android TV boxes are generally more complicated to set up, though this improves each year as more and more manufacturers refine their offerings. For every cheap Android TV box that dumps you to a screen of apps, there’s another one that offers a setup wizard and TV-friendly UI. High quality brands like Zidoo and Himedia usually offer a far more polished user experience than unknown OEM manufacturers.

For those looking at devices running Android TV, you’ll get a much closer experience to the Firestick. This includes quick access to your favorite streaming apps, suggested content and access to Google Assistant via Bluetooth remotes.

Apps are installed via the Google Play store, though “Android TV” devices will get a smaller selection of TV-optimized apps. However, favorites such as Kodi are readily installable on both platforms.

The Firestick offers a very good streaming experience. Despite having weaker hardware under the hood compared to many Android TV boxes, Amazon’s FireOS is optimized for its hardware so you can expect a smooth experience.

You’ll also get 4K streaming on services such as Netflix which only a handful of Android TV boxes can pull off.

That said, Android TV boxes typically offer better performance overall thanks to the more powerful hardware that’s under the hood. Most Android TV boxes will outperform the Firestick in synthetic Android benchmarks. In fact, the Nvidia Shield TV has been the most powerful media player for the last few years and can even emulate Gamecube games.

However, their weakness is around streaming as many Android TV boxes lack the required DRM and certifications to allow streaming of 1080p and 4K content.

Flexibility is where Android TV boxes dominate. Whilst the Firestick offers a very user-friendly user interface, there’s not much scope for tweaking it to exactly how you like it.

Whilst most users will just set up their favorite app shortcuts and leave it at that, Android box owners can replace the entire user interface using a launcher for a completely different experience.

There’s also the possibility of installing custom ROMs (i.e. modified firmware) which can add new features and fix bugs as well as installing completely different operating systems such as the media-focused LibreELEC or gaming-centric Lakka (though these tend to be limited to Android TV boxes with the Amlogic S905 and S912 chipsets).

When it comes to Kodi support, Android TV boxes win out.

Amazon isn’t a fan of Kodi and the app hasn’t been available on the Amazon App store for some time so you’ll need to sideload it – this is somewhat technical which might scare off some users.

That said, Amazon users can use the MrMC app for a Kodi-like experience though including automatic framerate switching – though you’ll lose the ability to stream using add-ons as this function isn’t supported.

Android TV boxes don’t have this restriction and can install Kodi directly from the Google Play store. However, support for more advanced features such as automatic frame rate switching heavily depends on the device’s firmware. Better supported Android TV boxes such as the Nvidia Shield or Zidoo devices will offer better Kodi experiences.

Those who want the ultimate Kodi experience on their Android TV box can bypass Android entirely, installing the alternate OS LibreELEC or CoreELEC (though this is typically restricted to a handful of Android TV box processors like the Amlogic S912 and S905).

When trying to choose between a Fire Stick or Android Box, which one is better really depends on what you’re wanting to use it for.

The Amazon Fire Stick offers an excellent user experience for a budget friendly price and its support for streaming services is consistent with dedicated TV-optimized apps and high resolution video support.

I’d recommend the Amazon Firestick if you’re looking for the following features:

I’d recommend an Android TV box if you’re looking for the following features:

If you’ve got the budget and want the absolute best, I highly recommend the Nvidia Shield TV as you’ll get the best of both worlds. The Nvidia Shield TV provides an excellent Android TV experience with dedicated streaming apps, solid Kodi support and the best gaming performance of any Android box currently on the market.

Those on tighter budgets will need to make some compromises but there’s plenty of excellent Android TV boxes out there.

BlitzWolf BW-SDB1 Soundbar Review: Is It Worth It?