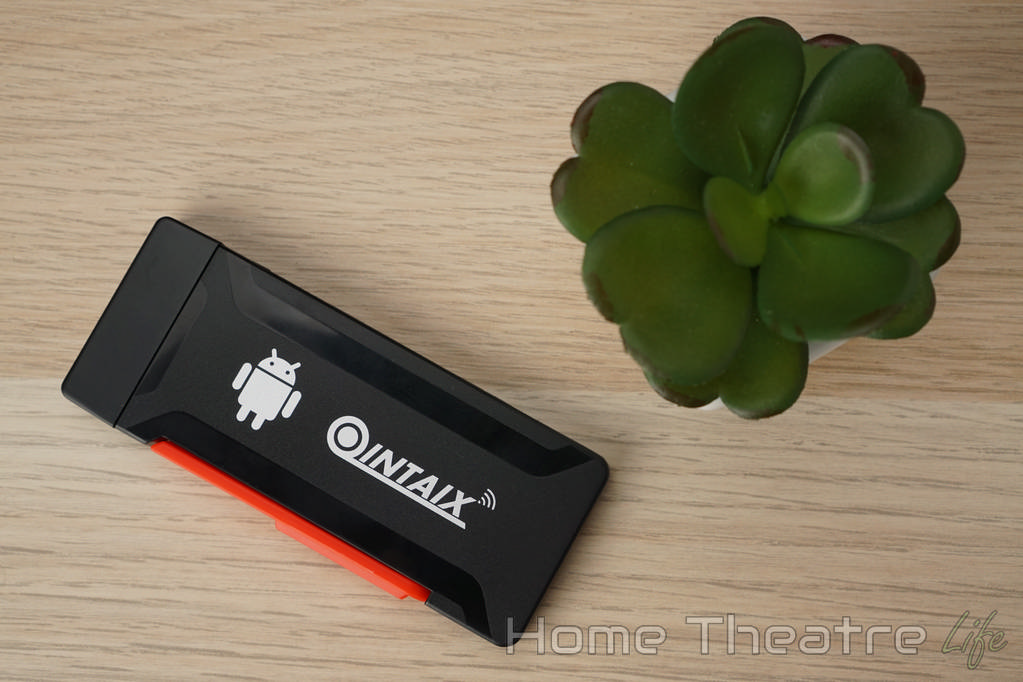 Android sticks seem to have fallen out of favor these days, with the more traditional “Android TV box” form factor dominating the marketplace. The Qintaix R33 hopes to buck that trend by putting the quadcore Rockchip RK3328 processor into a tiny enclosure.

In this Qintaix R33 review, we’ll take a look at the hardware, software, video playback tests and Android benchmark comparisons to answer the most important question of all – is the Qintaix R33 worth it?

The R33’s specifications are reasonable given the unit’s price and form factor. Despite being slightly bigger than a matchbox, you’re getting the quadcore Rockchip RK3328 processor under the hood which is powerful enough for media playback and even some basic gaming.

The 2GB of DDR3 RAM is plenty for most users, though I find that having only 8GB of onboard storage is a little restrictive if you like to install many apps and games like me.

Thanks to its integrated HDMI 2.0 connector, you’ll be able to watch 4K 60fps, but there are resolution limits on streaming services such as Netflix and YouTube (but more on that later)

It also runs Android 7.1 Nougat so you’re getting a relatively recent version of Google’s OS out of the box. There’s a pretty solid set of inclusions here. However, it’s disappointing that there’s no included remote which really hurts those wanting a simple, out-of-the-box experience.

There’s no doubting that the Qintaix R33 is a portable Android dongle. Coming in at just 100x40x10mm, it’s easy enough to chuck into your pocket and take it with you (and thanks to its micro USB power connection, it’s easy to power). The whole portability angle is also emphasised by the integrated HDMI plug which lets you plug the unit directly into the TV without needing a separate HDMI cable. That said, you can use the included HDMI extension cable if you’re having issues fitting the unit’s width.

The “front” of the unit has a fullsize USB 3.0 port and a micro USB OTG port for allowing you to connect a second USB device using the included UTB OTG adapter such as an airmouse or gamepad. On the top, there’s a micro USB port for power, a micro SD card slot and a small reset button whilst a small red antenna makes its home at the bottom.

There’s no included remote, so you’ll either need to buy an airmouse or install an mouse app like CetusPlay so you can use your phone as a remote.

The Qintaix R33 runs stock Android with a TV-friendly skin over the top. There’s large colorful shortcuts to popular apps such as Google Play and YouTube (which can’t be changed) along with a row of customisable shortcuts along the bottom. There’s only a couple of pre-installed apps such as HappyCast, YouTube, and RKMC – a Rockchip-specific Kodi fork. Of course, you can use the Google Play store to install your favorite apps such as Kodi too.

OTA updates are supported and there was already a firmware update available that upgraded the UI resolution from 720p to 1080p which was good to see. I’m hoping the company will continue to support the box but only time will tell. Navigating the UI feels ok, but there’s some slight lag occasionally that makes it feel like the box is struggling. That said, apps like Kodi feel smooth so I’m not sure why the launcher is having issues. Video playback was tested using the included RKMC Kodi fork as well as Kodi 17.6 downloaded from the Google Play store.

Basic video playback was fine, though there were some surprising issues with certain formats.

Unfortunately, automatic framerate switching isn’t supported which is disappointing for those sensitive to motion judder.

I had to sideload the Netflix APK due to Netflix’s recent crackdown on Android devices. The Qintaix R33 doesn’t support Google’s Widevine L1 DRM, Netflix video streaming is limited to 480p. YouTube playback seems to be capped at 720p which is really disappointing. The R33’s Mali-450MP2 isn’t exactly the most powerful GPU around so newer titles such as PUBG offered a poor experience. That said, Jetpack Joyride was smooth and even Beach Buggy Racing playing well once the graphics settings were turned down.

Should You Buy The Qintaix R33? The Qintaix R33 is a reasonable Android stick that does little to stick out against the competition, aside from its unique form factor.

Those happy with basic media playback will be pleased with the performance of the R33 and it’s compact size makes it a great media player to chuck in your pocket and take with you.

However, there’s plenty of solid competition around the unit’s $65 price tag but it’s hard to ignore the sheer amount of features you’re getting in such a small form factor.

Where to Buy the Qintaix R33

The Qintaix R33 is available from AliExpress for around $65 with free shipping.

Qintaix R33
The Qintaix R33 is a decent media player with portability being its biggest draw. That said, those wiling to get an Android TV box may find better options elsewhere.
Pros
Cons
6.6

MECOOL KM8 is a Google Certified Android TV Box with Voice Remote For Only $59.99