The Rikomagic MK36 is Rikomagic’s first Windows Mini PC. Leveraging the slightly more powerful Intel Z3736F SoC,  the Rikomagic MK36 runs both Windows 8.1 with Bing and Android 4.4 and features 2GB RAM and 32GB of onboard storage.

Thanks to Rikomagic for providing me a sample to review. Click here to view the latest price.

The Rikomagic MK36 is a small form factor Dual OS Mini PC powered by a quadcore Intel processor. Its low power requirements, fanless design and small form factor make it an ideal HTPC or desktop. Thanks to its Dual OS capabilities, you have a wide ecosystem of games and applications at your disposal. 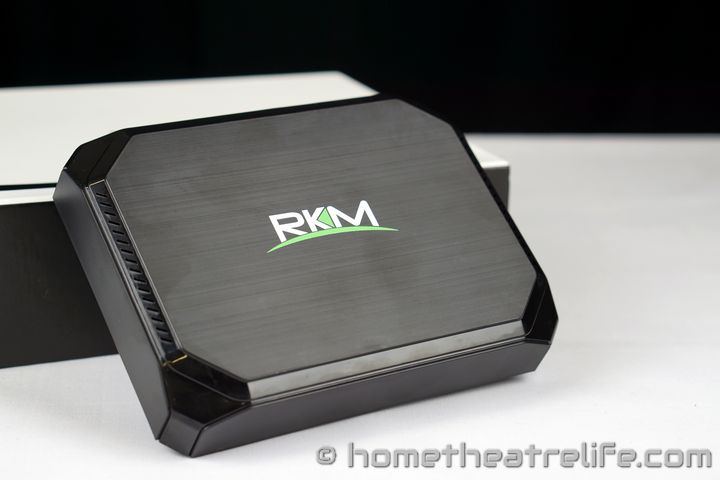 Rikomagic have included all the key items to connect up the MK36: Military. That’s how I’d describe the Rikomagic MK36’s design. With clean lines and angled faces, this looks almost sporty. I have to admit I’m a fan of its design.
A dual material approach was taken for the case. The bulk of the case is plastic, with a top plate that features Rikomagic branding and a nice brushed metal texture. A metal bottom plate completes the case and is clearly used to help dissipate heat. The device feels durable, but not as solid compared to the PiPO X7’s all-metal build. 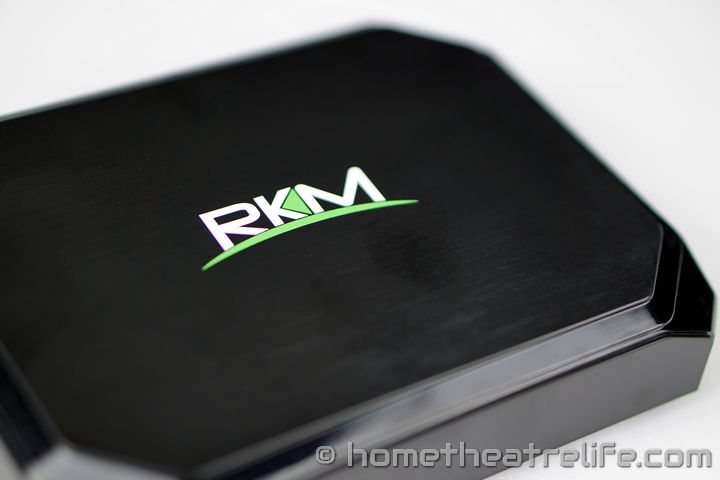 The ports are located along one side and the rear of the device. Along the side, we have the power button, 2 USB 2.0 ports and 3.5mm audio output. 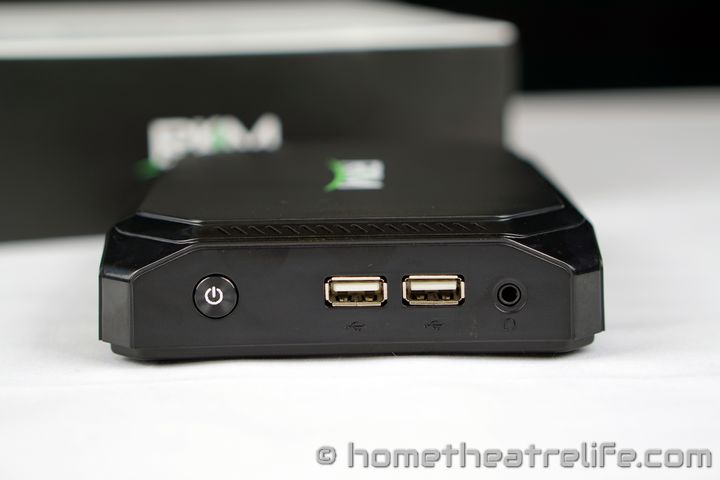 The rear of the device has a Kensington lock port, micro SD card slot, 2 USB 2.0 ports, HDMI Out, Ethernet and DC In. The Kensington lock is definitely a plus and I’m actually surprised it hasn’t appeared on more of these mini PCs. It’s great to have so many USB ports, as you can never have too many. I did have a small issue with the lower rear USB port being close to the HDMI cable. As such, bulkier USB drives didn’t fit. Switching around my (smaller) wireless Keyboard/Mouse dongle to the bottom position did the trick however.

Holding down the power button for several seconds causes the device to boot. On booting, the OS selection screen is displayed with a 10 second countdown. A handy check-box in the top left,lets you always choose the OS or just boot into the last one used.

It took around 13 seconds to boot into Windows after selecting the OS from the OS selection screen. Android takes slightly longer to boot but resuming from standby in both OS’s is essentially instant. 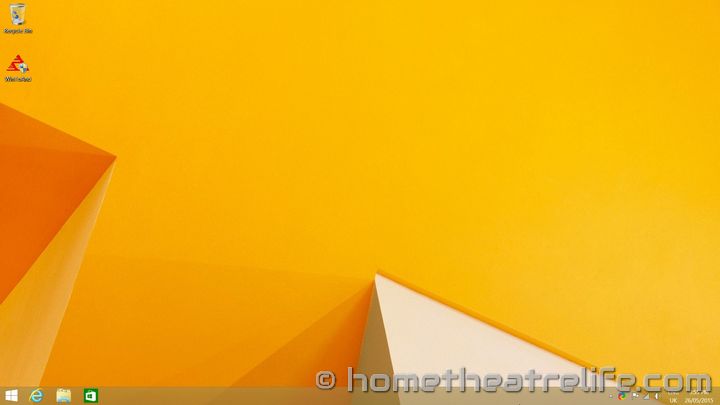 Windows performance was excellent. I didn’t notice any lag when navigating the Start menu and desktop. Windows is activated for those concerned.

Switching to Android is handled via the “WinToAnd” shortcut on the desktop. A full OS switch takes around a minute. 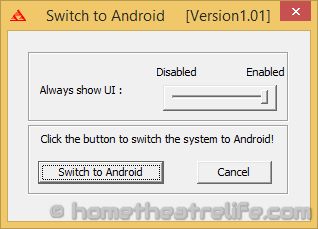 Those wanting to return to Windows can use the OS Switch icon in the Android Notifications shade. 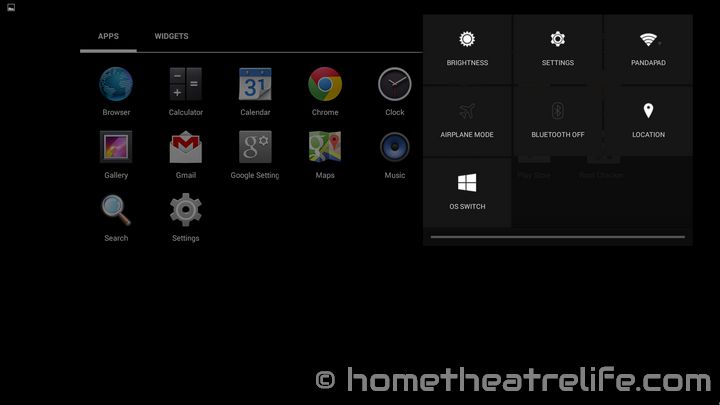 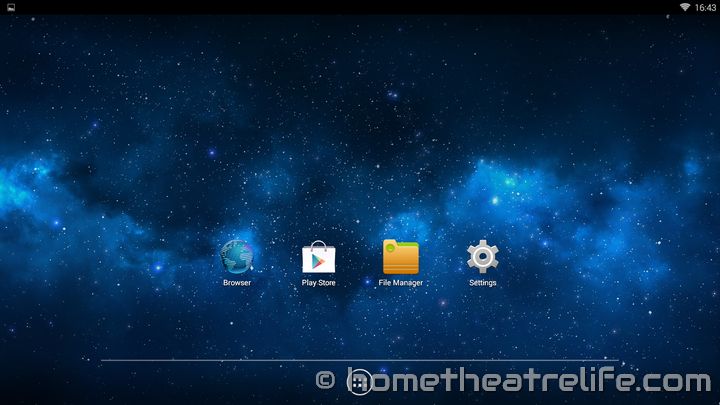 The MK36’s Z3736F chipset blazes through Android. All animations were fast and incredibly smooth. I suspect the reduced OS overhead helped. Media playback was tested using Kodi 14.2 under Windows 8 and MXPlayer under Android. I had to install the “Custom X86 Codec” for MXPlayer as some audio codecs were appearing as not supported.

Getting Kodi up and running was simple in Windows. However, Kodi on Android refused to read my USB until I actually added it as a media source. I’m not sure whether this is an issue with Kodi itself or the MK36’s Android ROM.

I didn’t have any issues playing the Sintel Bluray ISO under Kodi under either OS. Interestingly, whilst Kodi 14.2 under Windows and MXPlayer under Android couldn’t handle my 1080p HEVC sample, it was watchable under Kodi 14.2 on Android.

Automatic framerate switching worked under Windows. However, I was surprised when it also appeared to work under Android, with some video samples in MXPlayer causing the HDMI output to switch to the correct refresh rate.

To test gaming performance, I installed 3 games,1 2D and 2 3D titles, under both Windows and Android:

Jetpack Joyride performed well under both Windows and Android. Beach Buggy Racing was also great, with only small framerate drops during busy scenes.

Under Windows, Asphalt 8 was playable but the framerate was sub-30 FPS. Switching to Android saw the framerate improve dramatically and was a far better experience. I suspect Android’s reduced overhead helped here. Keep in mind that Gameloft’s recent update did appear to hurt Asphalt 8 performance on a number of my devices.

I connected my iPazzPort Bluetooth keyboard and iPega PG-9025 via Bluetooth without issue.

Iperf (iperf –t 60 -c SERVER_IP -r) was used test networking bandwidth over both WiFi and Ethernet. The device was located approximately 5 meters from the router through a single wall. WiFi performance varies heavily depending on your equipment and environment so results may vary.

WiFi performance was good, with upload and download speeds of 17.2 Mbps and  48.5 Mbps respectively. Streaming 4K video from an NFS share was no issue, with no buffering in sight. Antutu returned a respectable score of 35839 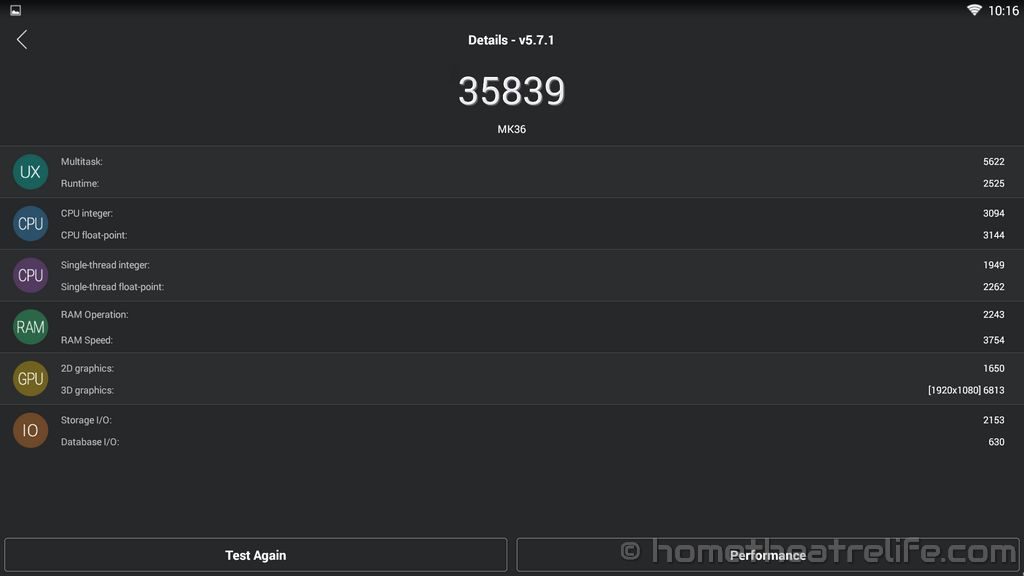 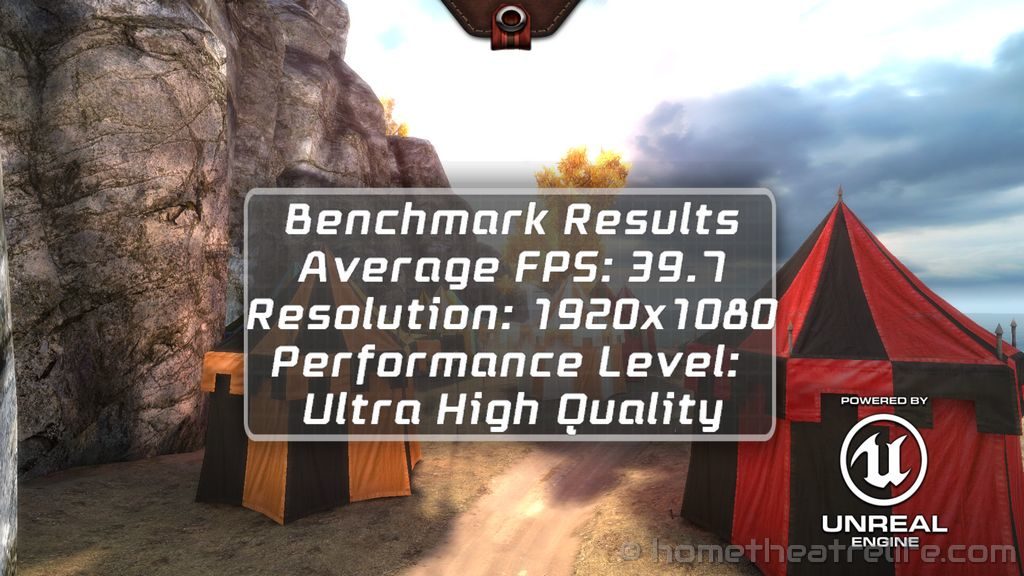 The Rikomagic MK36 is available from GearBest, [amazon text=Amazon&asin=B00XZSNOUC] and AliExpress.

Rikomagic MK36
The Rikomagic MK36 is an excellent Dual OS mini PC. Those after a solid performing Windows PC won't be disappointed, and Android gives you a whole ecosystem of other apps to play with. There are some minor frustrations with a lack of space around the rear USB port but this is minor and easily worked around given the 4 USB 2.0 ports around the device.
Pros
Cons
8.6