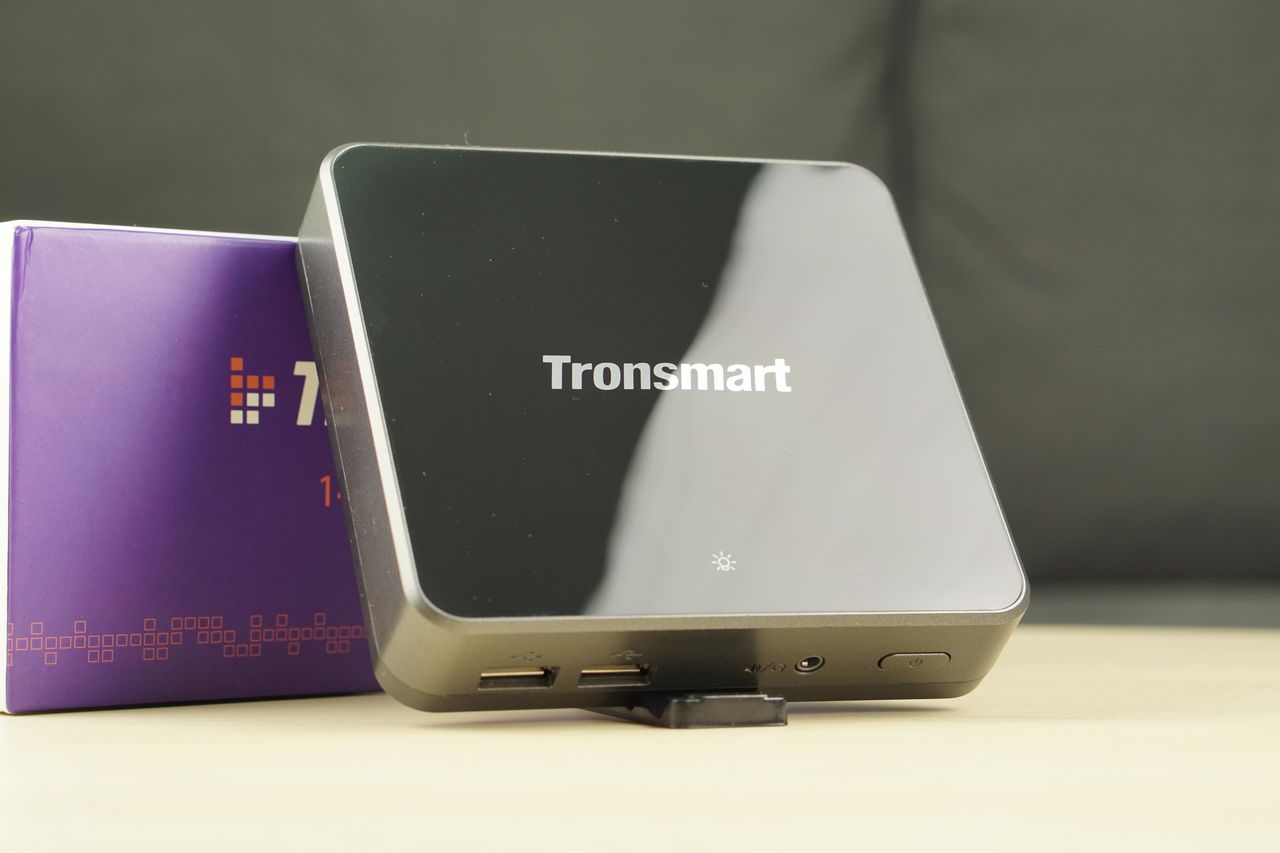 The Tronsmart Ara X5 is an impressive mini PC. For under $150, you get a complete Windows PC running Windows 10 including in-built Wifi, storage and RAM. It’s more or less a plug-and-play option for those looking for a cheap Windows PC for office work and web browsing or a HTPC for movie lovers.

It’s also the first Windows mini PC on the market to feature both Windows 10 and an Intel Cherry Trail processor, the X5-Z8300. Thanks to Intel’s new silicon, the Tronsmart Ara X5 supports HEVC hardware decoding, USB 3.0 and improved GPU performance. It also packs in dual band Wifi, 32GB of eMMC storage and 2GB of RAM. So is this the ultimate mini PC?

I want to say thanks to GeekBuying for sending me a Tronsmart Ara X5 to review. Use coupon “HTLX5PC” to get $15 off! 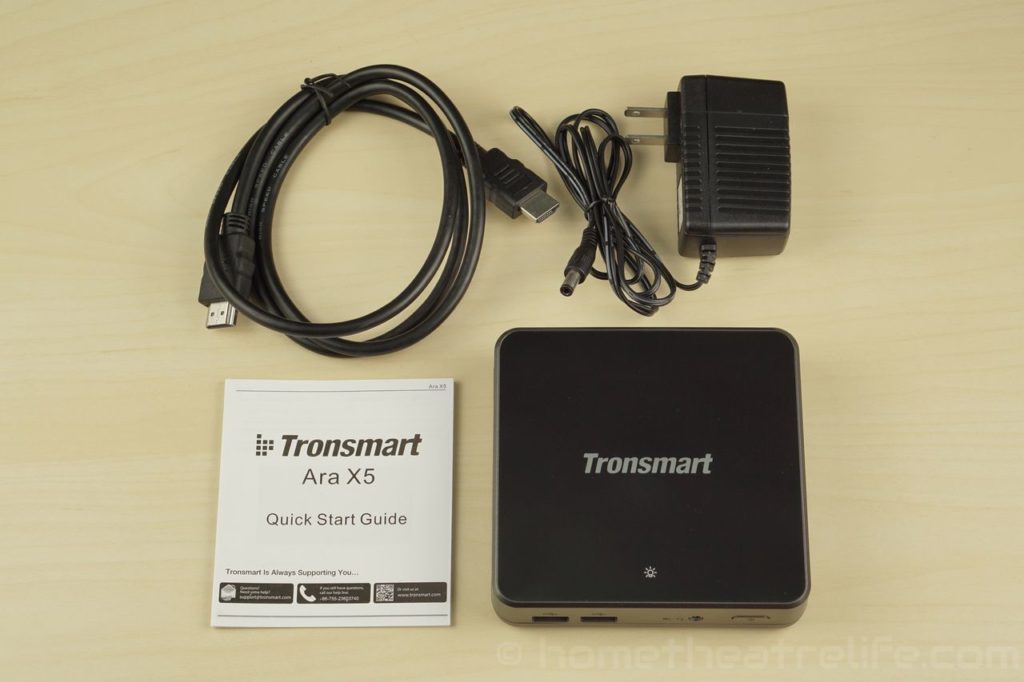 Inside the box, Tronsmart have given the basics you need to get connected:

Tronsmart have clearly focused on design for the Ara X5. Moving away from the black square designs of their Android devices, the Tronsmart Ara X5 uses an attractive grey and black two-tone color scheme. It’s subtle but looks fantastic. 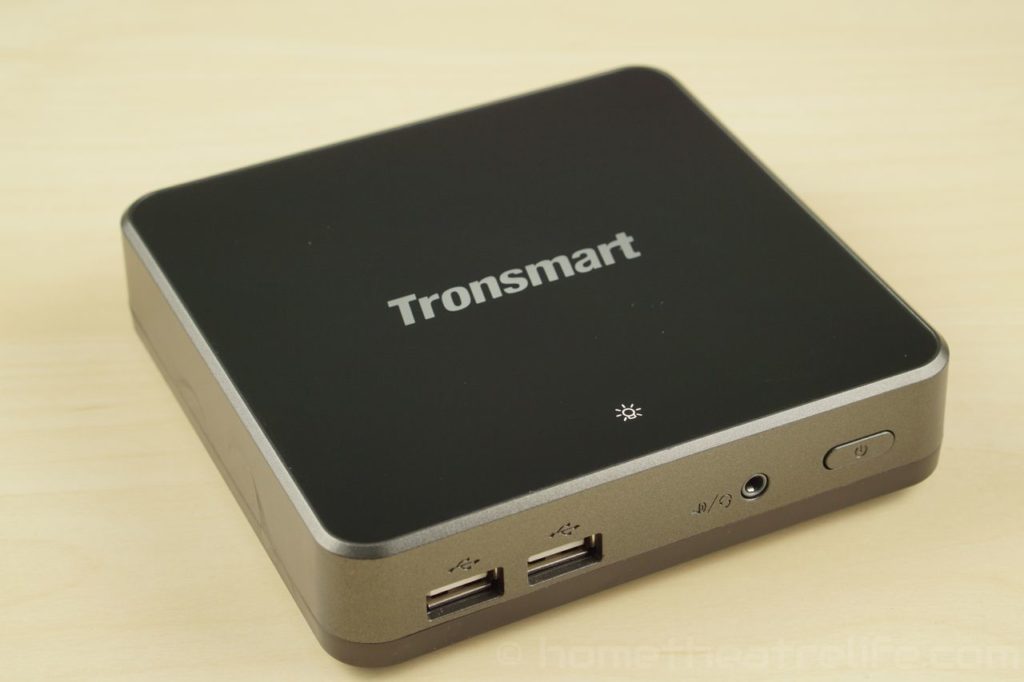 The case’s top is a black acrylic panel with a mirror-finish with Tronsmart branding and the power LED. I really like the look of it – when it was straight out of the box. As with any mirror-finish, it’s a bit of a fingerprint magnet.

The design is entirely fanless, with the bottom of the case is essentially all vents. This means that even during the quietest of movie scenes, the unit is completely silent.

The Tronsmart Ara X5’s design is more PC than media player. The ports are located at the front and back, with the sides being completely bare.

On the front, we have two fullsize USB 2.0 ports, 3.5mm audio output and the power button. 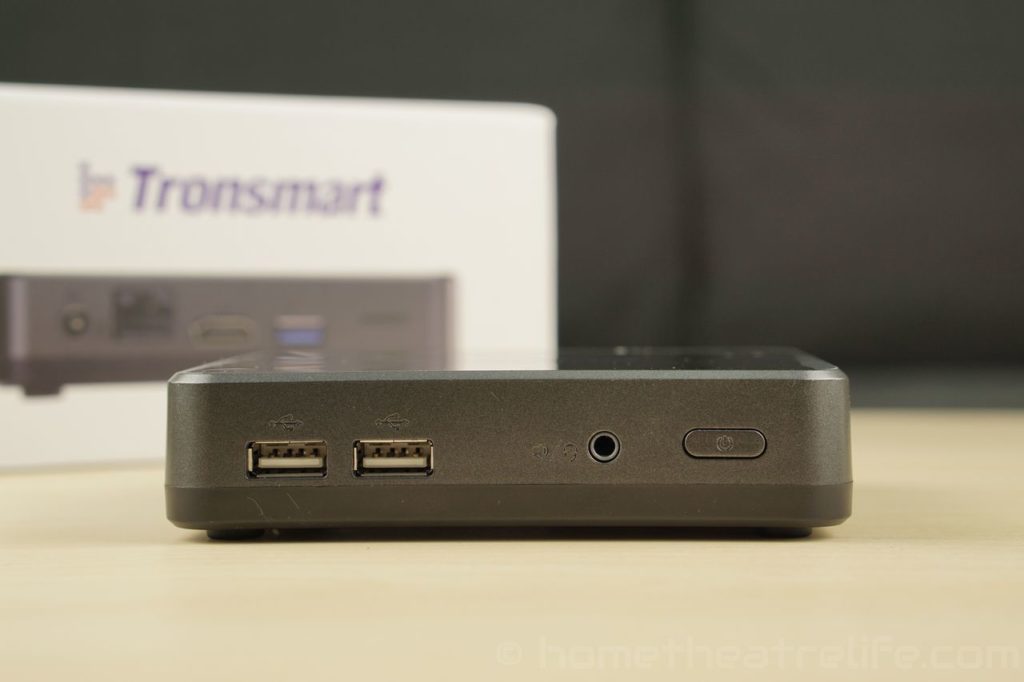 The rear of the case features DC in, Ethernet, HDMI, a USB 3.0 port and a micro SD card slot. 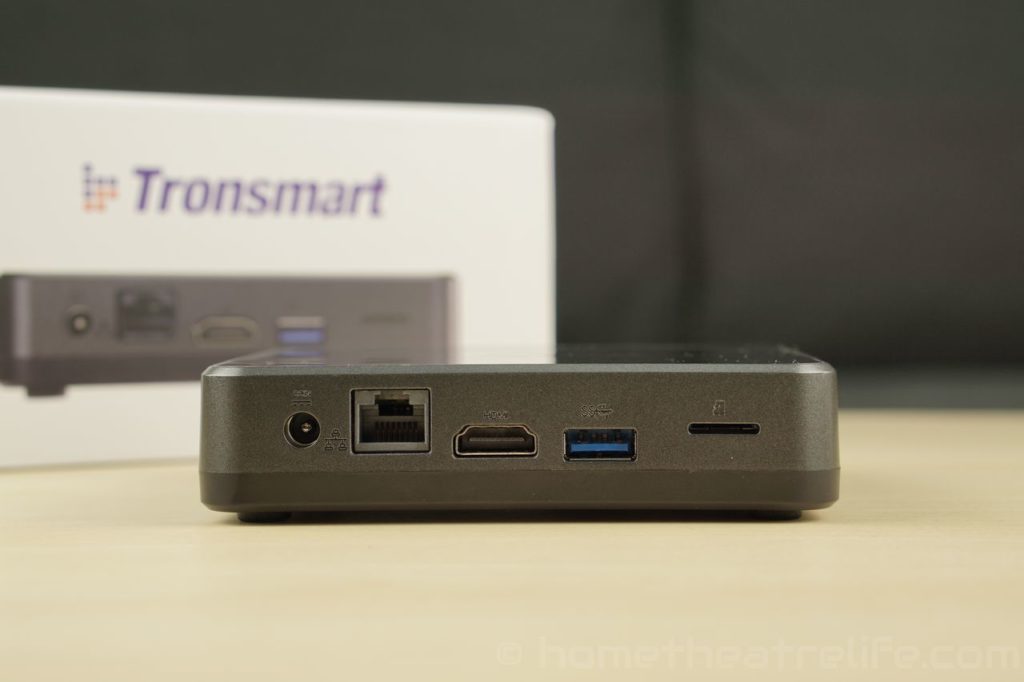 I did find the USB 3.0 port was too close to the HDMI out port for bulky USB devices. My Kingston drive’s case is a little bulky, meaning that it didn’t fit in though slimmer USB drives were fine.

The Tronsmart Ara X5 is booted by holding down the power button down for a couple of seconds. A cold boot only takes 19 seconds whilst resuming from standby is instant.

The Tronsmart Ara X5 is the first Windows mini PC to come with Windows 10 Home. It’s a 64-bit OS and comes activated out of the box. Windows 10 is clean out of the box, with Tronsmart not adding any bloatware. The C: drive has 16.8/28.5 Gb free. The Intel X5-Z8300 handles the OS brilliantly. I was able to navigate through menus and launch apps without any issues.

Video playback was tested using Kodi 15.1 due to its excellent codec support and suitability for HTPC use. 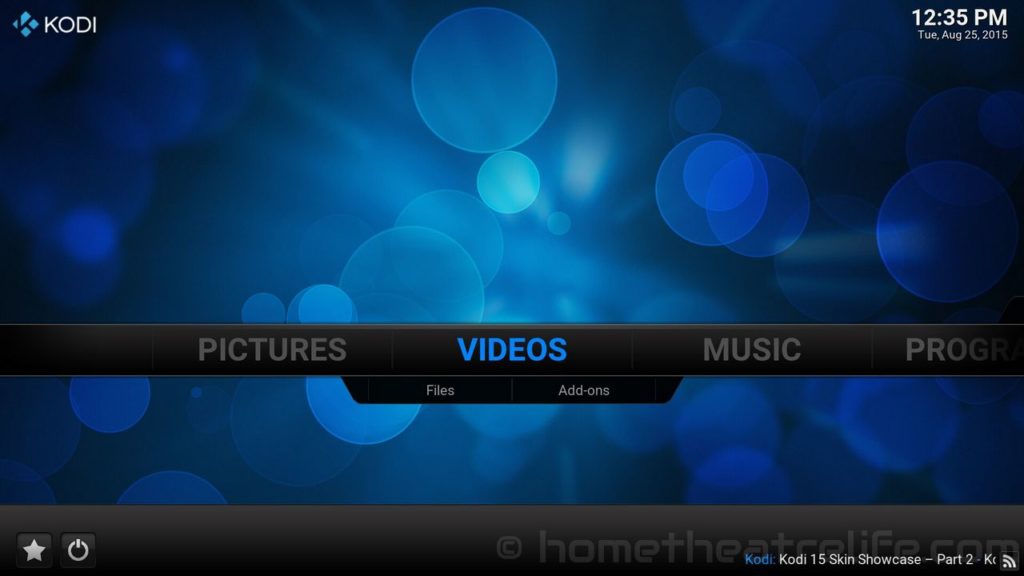 Media playback was impressive, being able to handle almost every codec that I threw at it. Thanks to Intel’s new processor, my 1080p HEVC video played perfectly so you’ll be covered as HEVC adoption grows.

I was able to watch Netflix in HD via the Netflix Windows 10 app from the Windows Store.

I was able to plug in my USB drive and 2.5″ HDD and play videos without any issues. 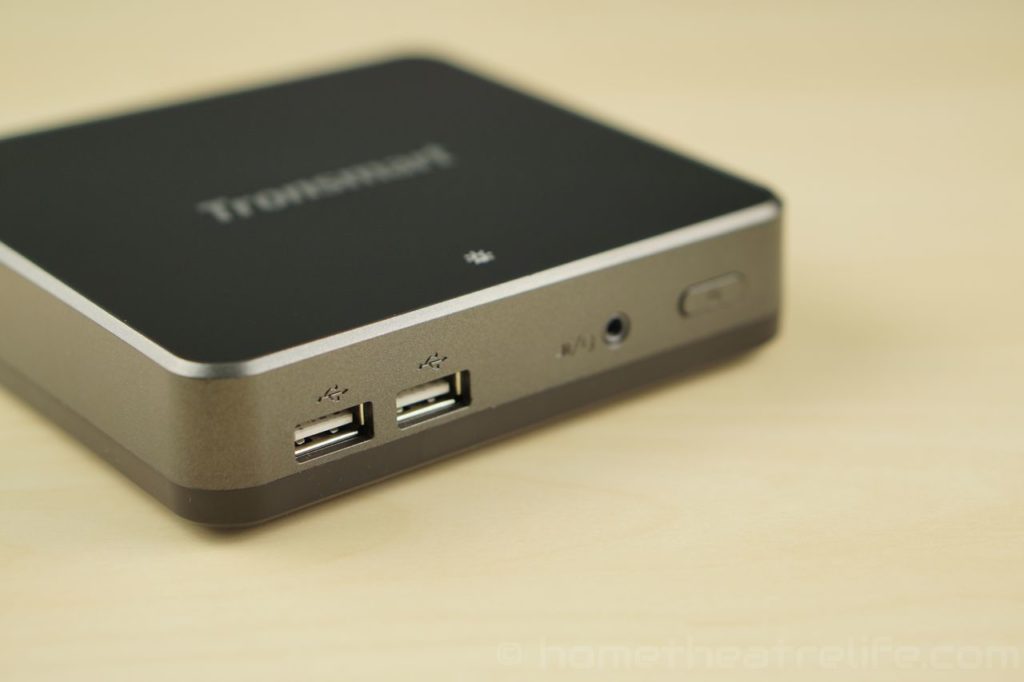 To test gaming performance, I installed 2 games from the Windows store – 1 2D and 2 3D titles:

Gaming performance on the Tronsmart Ara X5 was good overall, thanks to the Intel X5-Z8300’s improved GPU. Jetpack Joyride was perfectly smooth and I didn’t see any drops in framerate

Beach Buggy Racing on max settings maintained a solid framerate, even during high action sections.  This is far better than devices based on the Intel Z3735F such as the Minix Z64.

Switching over to the more demanding Asphalt 8, the game was still playable but the framerate often sits slightly below 30FPS. 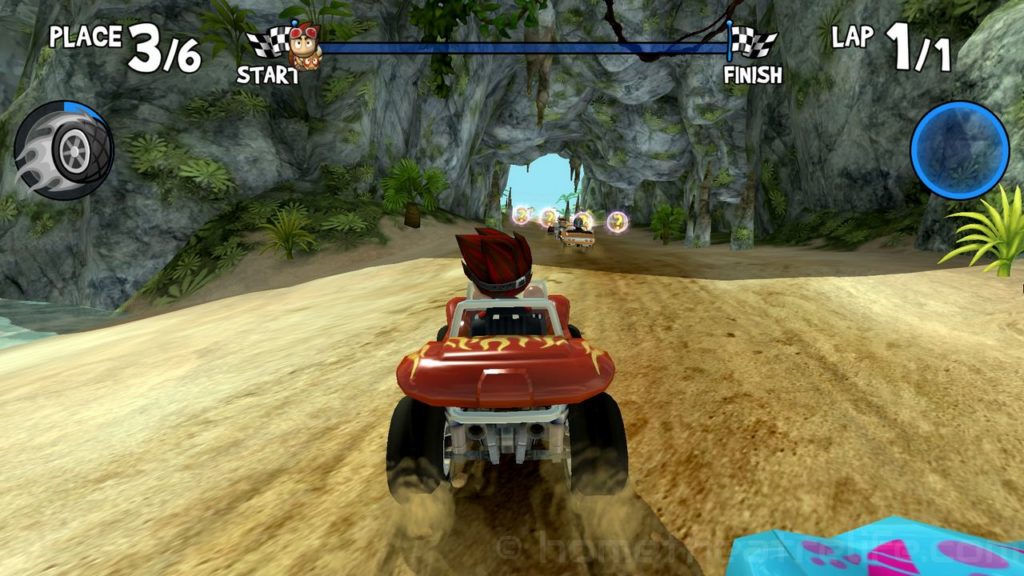 I connected my iPazzPort Bluetooth Keyboard over Bluetooth without any issue.

My Tronsmart Mars G01 was recognized as a Xbox 360 controller and I was able to use it in both Beach Buggy Racing and Asphalt 8.

Unfortunately, I don’t have the most powerful hardware for Steam Home Streaming and my PC couldn’t handle encoding 1080p60 gaming footage. However, I was able to successfully play at 1080p30 and 720p60 over both wireless and wired connections. Wired was definitely more stable however, with the occasional brief pauses seen on WiFi gone entirely.

To test out networking performance, I used iperf (iperf –t 60 -c SERVER_IP -r) to test networking bandwidth in both directions. My router is approximately 5m away, with a single wall between the router and the device. WiFi performance is heavily impacted by a number of factors so your performance may vary.

iPerf returned upload and download speeds of 10.9 Mbps and 36.3 Mbps respectively. In terms of real world usage, WiFi performance was great.  I was able to stream both 1080p and 4K samples from an NFS share on my server without buffering. Similarly, 1080p YouTube was fine. 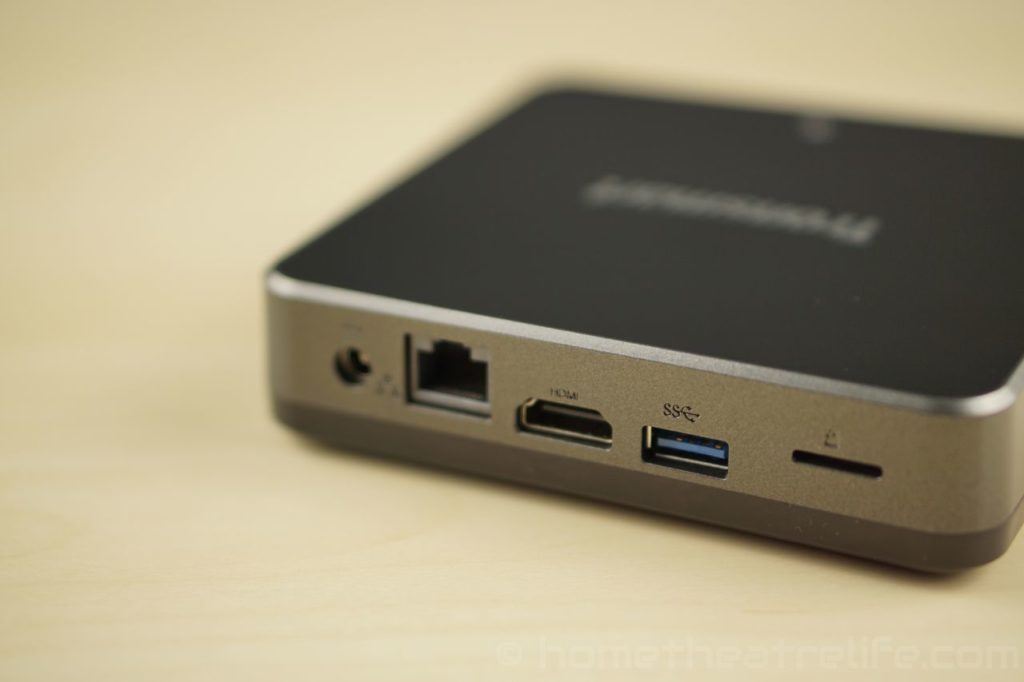 Compared to devices running the Intel Z3735F, the improved 3DMark scores show off the improved GPU in the X5-Z8300. Whilst Z3735F devices typically score around 7500 in Ice Storm Extreme, the Tronsmart Ara X5 scored almost double at 13210. Whilst you shouldn’t expect to play the latest and greatest on it, it’s far more capable than other Windows devices I’ve tested to date. 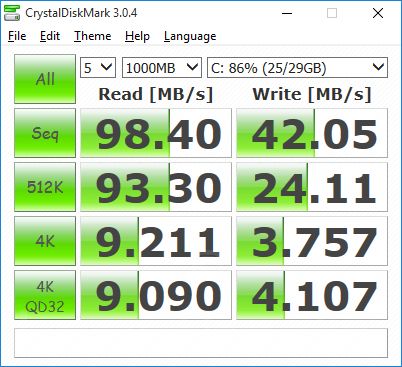 Unfortunately, the Tronsmart Ara X5’s USB 3.0 port isn’t the fastest I’ve seen, at roughly 30% of the speeds I see when using the same USB 3.0 HDD on my desktop. However, how much of an issue this is depends on your use case. 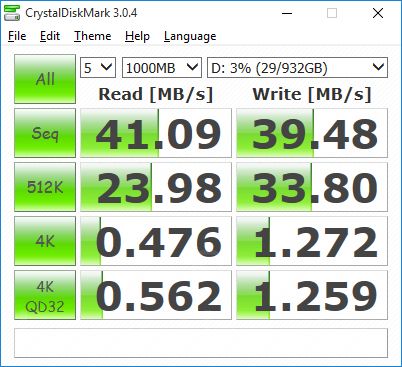 Heat is often a concern with mini PCs but thankfully, the Tronsmart Ara X5 performed well in my tests. At no point during my tests did I see any thermal throttling.

To test thermal performance, I loaded up the unit with HeavyLoad, a freeware application that simultaneously stresses the CPU and GPU.

After 30 minutes, the SoC temperature reached 86°C according to HWiNFO without any throttling. Ambient temperature was 20°C. Whilst this is close to the thermal maximum of 90°C, this test does represent an unrealistic use case where both the CPU and GPU are pushed to 100% for the entire 30 minutes. It’s unlikely real world use would replicate these conditions.

Cherry Trail continues the excellent low power consumption of its Bay Trail predecessors. Even during stress testing, the system only drew 7.8W. 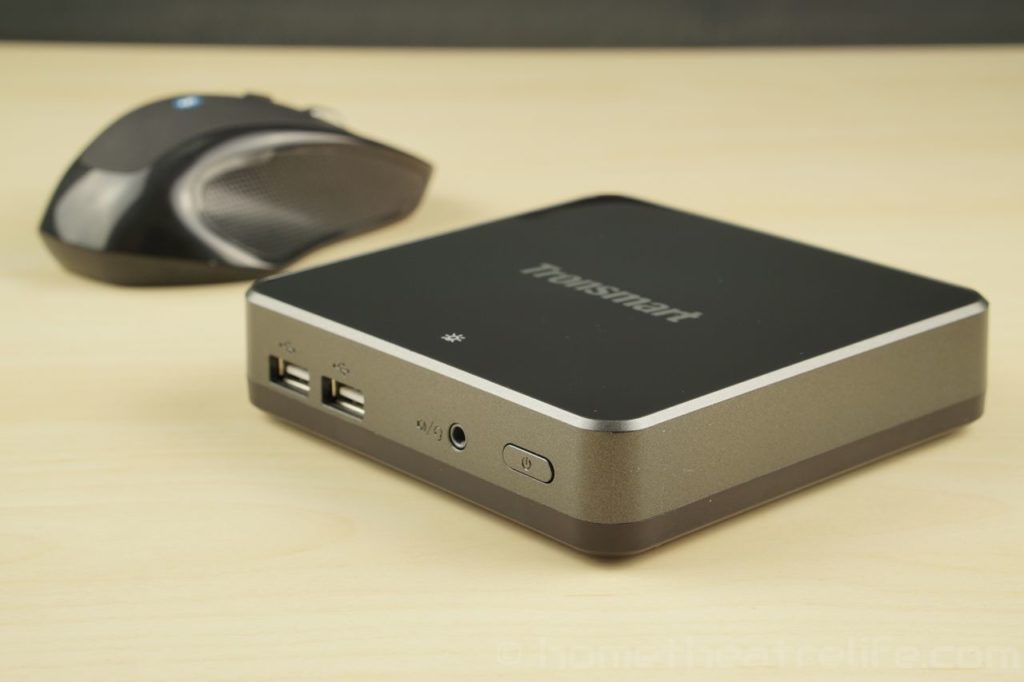 The Tronsmart Ara X5 is an impressive mini PC that showed impressive performance throughout my testing. Thanks to the addition of HEVC support, the Ara X5 had the most comprehensive codec support I’ve seen on mini PC to date. Adding to this, the improved performance handles simpler 3D games like a dream, although Asphalt 8’s framerate could have been better

Some design quirks do detract from the experience however. Placing the rear USB 3.0 port so close to the HDMI port makes it such a tight squeeze, making bulkier USB drives a challenge to fit in.

At $150, the Tronsmart Ara X5 is good value and a solid choice for those seeking a HTPC or Windows PC for office use.

The Tronsmart Ara X5 can be purchased from GeekBuying. They’re currently running a  promotion to get various discounts on the Tronsmart Ara X5, with some getting the device for free! Use coupon “HTLX5PC” to get $15 off!

Tronsmart Ara X5
The Tronsmart Ara X5 is impressive. For a sub-$150 device, you're getting a stylish PC that performed really well during my gaming, video and web browsing tests. The Tronsmart Ara is definitely a device to consider if you're looking at a new budget PC.
Pros
Cons
9.2