Uniqueness is not something you often see in many of these android players. Having been using these boxes for so long, when you see something different,  it piques your interest. The Zidoo x9 does this on a few fronts. It’s the first. Device I’ve used that runs on an M star processor,  it has dual wifi antennas,  an LED panel and HDMI In. But do these unique features make it amazing?

I want to say thanks to GearBest for sending me a sample of the Zidoo X9 to review. You can purchase one from GearBest here. Use coupon “ZX9MLM” to get it for $104.99. 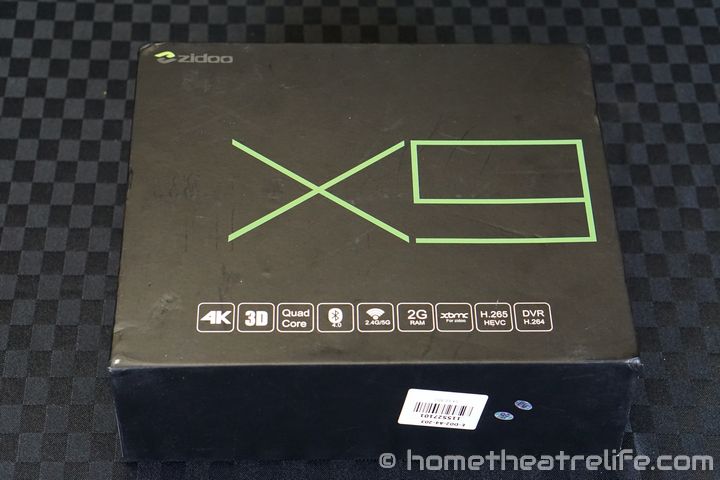 Zidoo have provided everything you need to get started. Inside the box,  you have: 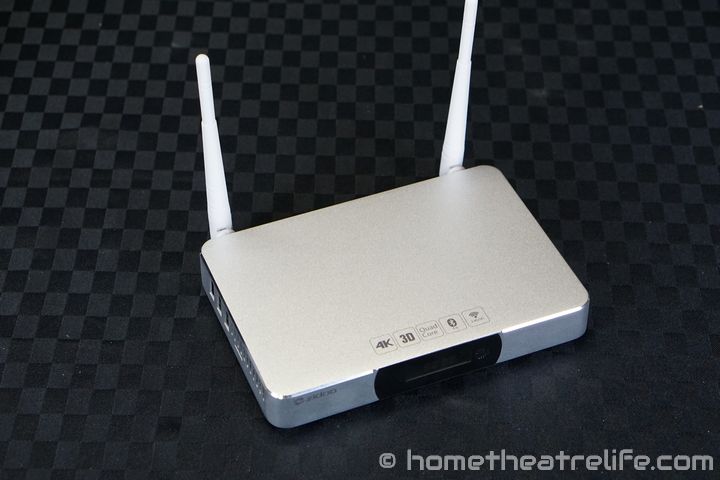 The Zidoo X9 has an appealing design. Roughly the size of a 7 inch tablet, the X9 crams all of its internals into a sleek metal case. The choice of metal is a plus, making the device feel more premium as well as doubling as a heat sink. The metal case is finished nicely, with subtly chamfered edges which looks really nice.

The front panel is basic: Some small Zidoo branding on the left and a small LCD panel in the centre. I’ve got to say that the LED panel is a cool touch. It’s used to communicate the device status such as boot, in addition to displaying the time during operation. There are few devices that have this, so it’s cool to see it here. 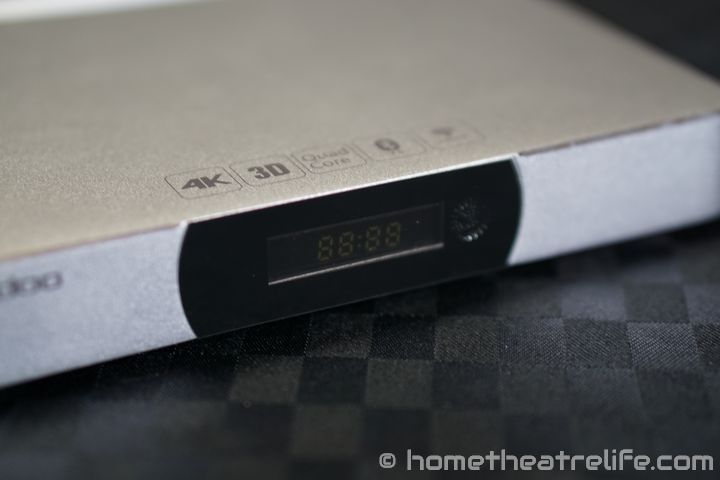 On the sides of the unit, one side houses 2 USB 2.0 ports, 1 USB3.0 port, some vents and the microSD card slot. It’s great to see USB 3.0 finally make an appearance on a box, as the standard has been around for a while now but few of these media players have adopted it. The remainder of the ports being located at the back. Flanked by two large WiFi antennas, the ports are (from left to right) the power switch, 10/100 Ethernet, Optical Audio, the Reset Button, HDMI In, Composite Video out, HDMI Out and DC In. The dual Wifi antennas are a standout feature again, as many boxes either have a single antenna or place them internally. Unfortunately, they aren’t removable like in devices such as the Probox2 EX. So after unboxing, I put some AAA batteries into the remote and plugged the box in. The LED screen comes to life, displaying “boot” during the Startup sequence. A nice touch. The boot isn’t the fastest I’ve seen, clocking in at 31.04 seconds. I was getting ready to prepare to write about another box using the Mediabox launcher or something based on it but I was pleasantly surprised. Zidoo have really gone all out here, creating an entirely unique user interface they call ZIUI. Few manufacturers do this and the last box that adopted an entirely new UI was the VidOn box, so I have to praise Zidoo for doing something different here.

I found the UI quite slick. At startup shows the time and falling icons for a few seconds before all the tiles then quickly snap into a row, ready for your remote. Each tile is distinctly coloured and brandishes a large icon and label, ensuring that everything is easily identifiable. Everything moves very smoothly and is well animated. It comes across as very polished.

Customization is minimal however. There are a selection of themes which essentially just change the background to one of 4 preset images. The UI takes a category based approach, breaking apps up into sections such as Games, Online Video, etc. Apps need to be manually assigned to these categories either one at a time or in bulk, which is great. However, it would have been nice if some sort of “auto-categorization” took place. 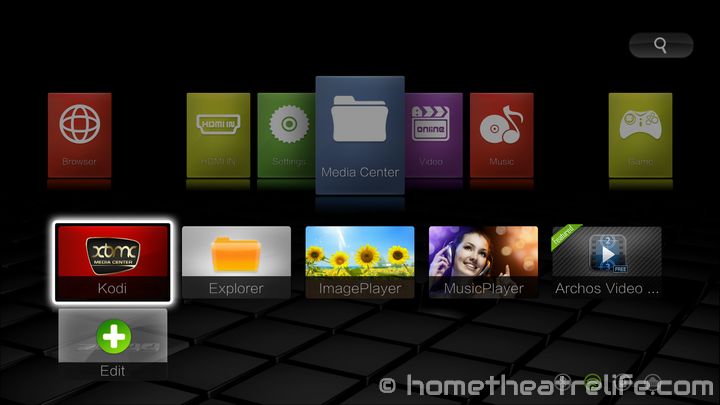 The Zidoo X9 comes pre-installed with a whole bunch of useful applications to get you started. There is a custom fork of Kodi, Clear Manager, Movie Studio and HDMI Recorder. During the review process, an OTA update was released so I had the opportunity to test out the OTA update process. Upon booting the box, I was immediately notified that a new firmware was available. Navigating to the update section allowed me to read the changelog and download it. After confirmation to continue, the device automatically rebooted and installed the new firmware. A final automatic reboot returned me to the home screen. The whole process was nice and painless.

The big draw of the Zidoo X9 is its ability to record video from its HDMI In port. This feature performed well. The menu allows you to select the recording resolution, format and recording start time. You can then either add the recording to the schedule or begin recording immediately. Output files were very clear. I’ve embedded an MP4 recording demo below using the PiPO X7 connected to HDMI In:

To test media playback, I started with Antutu Video Tester 2.2. This application runs through a number of video files with different codecs and outputs the results. The final test score was 698. 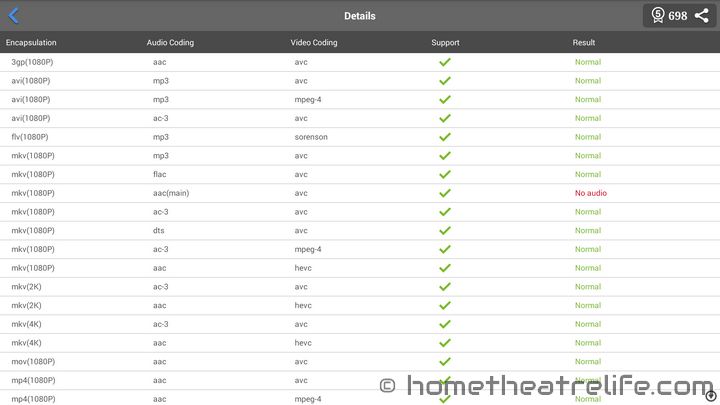 The only issues I noticed during the test was that FLAC, WMA3 and AAC (Main) audio didn’t play. However, other samples which used AAC audio encoding were fine, which I found unusual.

Gaming is definitely the Zidoo X9’s weakest point. Angry Birds played really nicely, with everything smooth and no noticable lag or hitches in the frame rate. 3D performance wasn’t particularly amazing. On maximum settings, Beach Buggy Racing was playable but not exactly enjoyable. With some tweaks to the graphical settings however, I was able to get it to a good state.

I didn’t have the best time with Bluetooth.

SixAxis Compatability Checker failed all the connection methods. Thus, it appears Sixaxis is not compatible with the Zidoo X9 I connected my iPega 9025 controller over Bluetooth. After it had synced, I wasn’t able to get any of the keys to respond, so no luck there.

I then turned to my trusty [amazon text=Moga Pro Power controller&asin=B00FB5RBJM] hoping this could turn it all around. Thankfully, I was able to sync the Moga Power Pro without issue and play a few races of Beach Buggy Racing without any noticeable lag.

A 100Mb file is transferred between the device and a PC running the benchmarking server application. This is repeated 3 times for each direction and the average is taken. Download and Upload speeds were 24.02 Mbps and 93.93 Mbps respectively. The slow download speed I got from the Ethernet tests is a concern and I’ll be investigating further to see if there is an issue with my configuration. That being said, other devices I have tested don’t have this issue.

Antutu performance was average, performing roughly the same as the MK808B Plus. The final score for the Zidoo X9 was 15818. I had real issues trying to get Epic Citadel to run. It seemed to lock up entirely before it would load and only a hard reboot could fix it. I eventually got it to run, achieving an average framerate of 27.9 fps at 1920×1080. I used A1 SD Bench to benchmark the Internal storage, RAM, SD Card slot and USB 3.0 slot. The internal memory Read/Write speeds were 37.24/22.24MB/s. This puts the Zidoo X9 as one of the faster devices that I have tested to date. RAM copy speed was 946.45MB/s.

Unfortunately, the microSD couldn’t be benchmarked as I kept getting an error that the microSD card was read-only. SDFix, which patches the KitKat SD Card permissions, said the SD card was writable so I’m unsure what the issue was here.

Zidoo have stated that they will not be supporting custom ROM development at this time, as per this thread.

Temperatures were fine during testing. Using an IR thermometer after Antutu, case temperatures were 29.5°C and 39.0°C on the top and bottom respectively. Ambient room temperature was 22.6°C. The box was warm to the touch, but not alarmingly so.

Alternatively, the Zidoo X9 is available from [amazon text=Amazon&asin=B015SNXLV8] and GeekBuying.

Zidoo X9
This box has real potential. Media performance was quite good. Additionally, there are plenty of unique features not seen on other boxes: HDMI In with PVR capabilities, USB 3.0, Dual Wifi Antennas and a slick UI seemed. However, it's let down by poor 3D gaming performance. If you're specifically seeking HDMI In and PVR functionality in your media player, the Zidoo X9 is a good choice. Those seeking 3D gaming capability should probably look elsewhere.
Pros
Cons
7.8

Inphic i8 now available for purchase