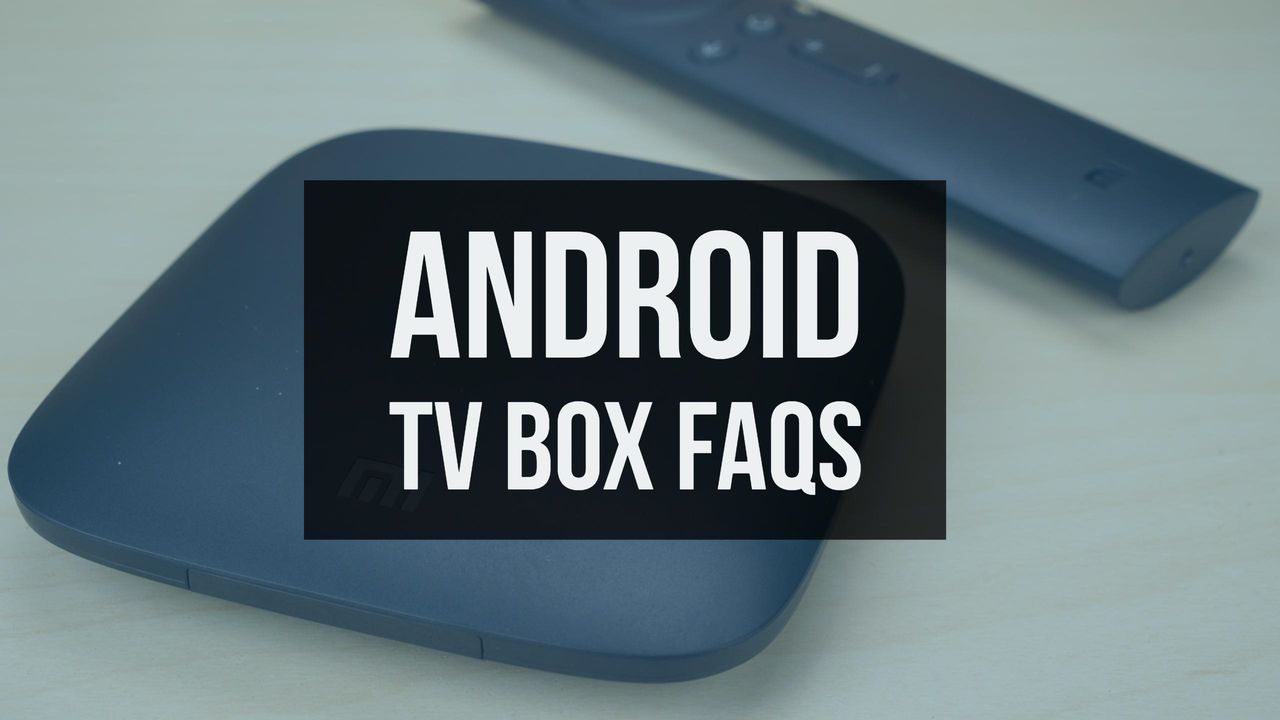 When it comes to Android TV boxes, there’s so many questions out there. That’s the main reason I started this site!

I’ve pulled together answers to dozens of questions in this Android TV box FAQ guide, covering everything from which is the best Android TV box to whether you should invest in a VPN for your Android device.

What is an Android TV Box and How Does It Work?

An Android TV box is a device that can add smart TV functionality to any TV. With an Android TV box, you can access thousands of Android apps, stream movies and TV shows using Kodi, browse the web and more.

Android TV boxes connect to your TV via HDMI and use Android apps like Kodi to watch movies, music and more.

What Can I Do with An Android TV Box?

There’s dozens of things you can do with an Android TV box:

Are Android Boxes Legal to Use?

Android TV boxes are completely legal to use – They’re no different from a smartphone or tablet. They’re simply streaming media players that run the Android operating system. Android TV boxes can be legally purchased and used without issue.

However, a number of companies have been selling “fully loaded” Kodi boxes that come preloaded with some legally-questionable add-ons. It’s these devices that have seen some high profile bans and may pose some legal risks.

Can You Watch Live TV on an Android box?

Yes, you watch live TV on an Android Box, though you may need to jump through some hoops to get it working.

Additionally, non-supported formats can be software decoded if your streaming media player’s CPU is fast enough.

If you need support for a particular video format, I’d recommend checking out the specifications of the Android TV box you’re interested in.

How Much is an Android Box?

Android TV boxes can vary greatly in terms of cost. However, they usually cost between $50-150 depending on Android box’s processors and other specifications such as RAM and internal storage.

Just be mindful of ultra-cheap Android TV boxes as these often have low specs that don’t provide a good user experience. You get what you pay for when it comes to Android TV boxes.

For more information on what to look for, check out my Android TV box buying guide.

Where to Buy Android TV Boxes?

You can buy Android TV boxes from a number of online retailers:

How Do I Put Kodi On My Android Box?

Check out our guide on how to install Kodi for detailed step-by-step instructions.

How Do I Connect a Phone to an Android Box?

What Does Jailbroken Mean on a TV box?

A jailbroken Android TV box usually refers to an Android TV box that have been “rooted”. This gives you access to deeper parts of the Android operating system, including protected files.

Whilst this means you can tweak your Android TV box more than normal and use apps designed for rooted devices, rooted Android TV boxes are not as secure as any software can also access these sensitive parts of the operating system. You can also corrupt your Android firmware and may need to reinstall it from scratch.

That said, many users believe that the extra features outweigh the risks – though I only recommend rooting your Android TV box if you’re an advanced user.

Do You Need Internet For An Android TV Box?

Android TV boxes don’t technically need internet to work. There’s a number of games and apps that don’t require internet to run. However, connecting your Android TV box up to the internet offers your far more flexibility:

What Internet Speed Requirements Are There for An Android TV box?

Most Android TV boxes with work fine with basic internet. However, you’ll often get a better experience with a faster internet connection.

In my experience, 5Mbps should be fine for streaming movies.

Do I need a VPN on My Android TV box?

Getting a VPN for your Android TV box is a good idea, particularly if you’re planning on streaming video online.

A good VPN service will keep your browsing activity private from your ISP, allow you to access more streaming content by bypassing geoblocks and more.

We recommend IPVanish thanks to their wide platform support, simultanous protection of 5 devices and more.

How do I Install a VPN on Android TV boxes?

Installing a VPN on Android is usually done by installing your VPN’s Android app from the Google Play store.

Check out our detailed guide on how to install a VPN on Android here.

What is the Best Remote Control for Any Android TV Box?

There’s so many options for controlling an Android TV box, though I find an air mouse is the best option thanks to their intuitive control method.

An air mouse lets you control your mouse cursor using gestures – just like a Wii remote.

I typically recommend the Favormates MX3 Pro as it offers LED backlighting, a full QWERTY keyboard, IR learning functionality – all for a budget price.

Is there any other questions that you need answered? Let me know in the comments!

How to Install Kodi on Xbox One in Under 2 Minutes!