Home » Reviews » Beelink i One Review: Android Media Player with HDMI In

The Beelink i One is a quadcore Android media player powered by the Amlogic S812 and running Android 4.4. It also joins the exclusive group of Android devices that features HDMI In.

Thanks to GearBest for providing me a sample for review. Click here to get the latest price.

What is the Beelink i One?

The Beelink i One is an Android mini PC powered by the Amlogic S812 chipset. Thanks to its powerful chipset which offers a quadcore CPU and octacore GPU, it offers solid performance across both multimedia playback and gaming. 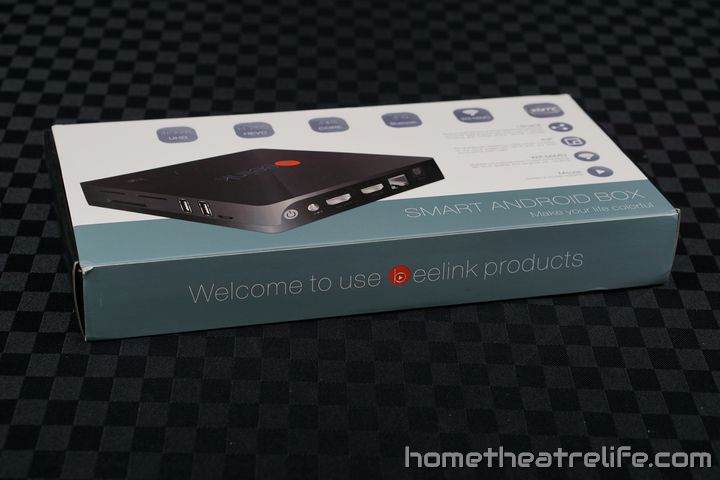 Beelink have provided pretty much everything you’d need to get started. Inside the box, you get: Beelink i One (i826) Unboxing and Demo

Beelink i One (i826) Technical Specifications

Beelink i One Design

The Beelink i One’s design is a minimalistic black square, with the bulk of the ports on the rear of the device and Beelink branding on the top. Thankfully, Beelink have used a matte finish which minimizes fingerprints on the device. The front of the device appears bare, but houses the blue power LED and IR sensor. Moving around the device, the rear features (from left to right) the power button, DC In, HDMI Out, HDMI In, Ethernet, Optical Audio and the reset button. The right side of the device features some ventilation, a full size SD card slot, 2 USB 2.0 ports and a USB OTG port. The selection of an SD card slot over microSD is different to most Android boxes, however, whether it’s a pro or a con depends on what cards you have lying around. The included remote control is basic but covers off all the key functionality. Aside from the typical Android functions and directional buttons, in-built mouse control is also featured. However, keep in mind that this is controlled via the directional buttons and you’d be far better off investing in an air mouse like the Rikomagic MK705. 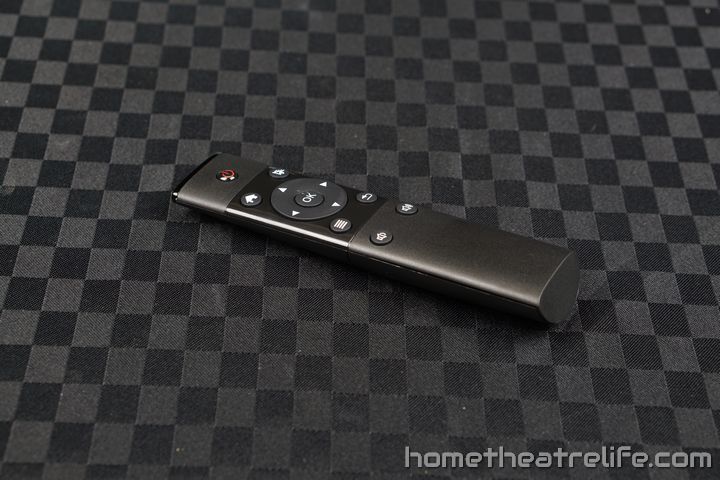 Beelink i One First Boot and Initial Impressions

To boot the device, you simply press the red power button.  Booting was a relatively slow compared to other devices I have tested, taking approximately 40 seconds. However, resuming from standby is instantaneous, so this isn’t really as big of an issue as it sounds.

On the first boot, you are presented with a setup wizard which will guide you through key steps like connecting to your network and setting overscan. It’s great to see this included here as it makes it much easier for those who aren’t as familiar with Android to easily get up and running.

Beelink i One User Interface and Included Apps

Beelink have decided to re-skin the Mediabox launcher which we’ve seen on devices such as the MK808B Plus. However, to differentiate, they’ve chosen a light blue color scheme which looks good. The user interface features the time and weather at a location (which can be configured by selecting the box), a list of common shortcuts and a favorites menu that can easily be modified by using the “+/-” button seen in the above screenshot. Navigating from left to right also reveals some category-specific tabs for apps such as Videos and Games. The “MboxSettings” application houses the devices settings and this is what gives away its MediaBox roots. However, its great to see all of the key settings located in one easy to use menu rather than needing to go diving into the far more complex and remote-unfriendly territory of the Android settings app. 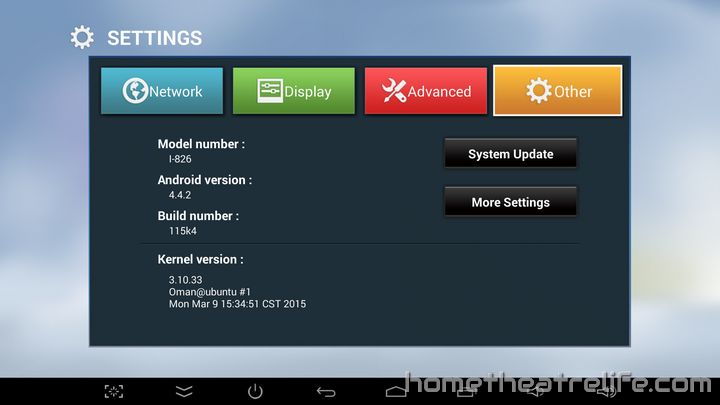 Thankfully, the Google Play Store is installed and the device rooted out of the box. 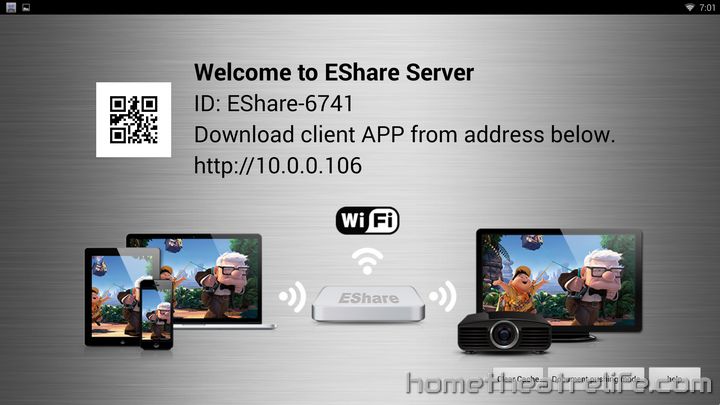 EShare is a big selling point of Beelink’s current Android boxes and, after using it, I can understand why. EShare allows you to share content between your phone/tablet and your Android Mini PC. With clients availabe for Android, iOS and Windows, this application is impressive. Not only can you share movies, music and files to the Beelink i One, but the application can also act as a remote, touchpad or air mouse, in addition to mirroring the mini PC’s screen on your phone and controlling it. This is an awesome feature and incredibly handy. It was great to be able to monitor the box from the comfort of my couch.

Beelink i One Media Playback

To test media playback, I started with Antutu Video Tester 3.0. This application runs through a number of video files with different codecs and outputs the results. The final test score was 1055. To test real word media playback, I played a number of video samples in both MX Player and Kodi 14.2. In situations where I had issues in Kodi, I then tested the video in the SPMC, the Kodi fork specifically for Android devices.

I didn’t have any issue playing the Sintel Bluray ISO, so Bluray ISOs are supported.

Overall video playback performance was good, with the most common codecs playing back perfectly. The only thing to note is that I did have issues with HEVC in Kodi but installing SPMC, a Kodi fork tailored for Android devices, solved the issue.

Using the built-in “WiFi Display” app, I was able to mirror my Samsung S4’s screen using the HD setting. Whilst there was a little bit of lag in the display, I was able to play Tabletop Racing without issue.

Beelink i One Gaming Performance

Both games performed well on the device. Angry Birds was ultra smooth and Beach Buggy Racing maintained a good framerate on maximum settings, with minor slowdown occurring when there was lots of action on the screen. To see it in action, check out the demo video above.

I was able to connect my iPega 9025 controller over Bluetooth without any issue and played Beach Buggy Racing without any noticeable lag.

SixAxis Compatibility Checker reports the device as compatible so you shouldn’t have any issue using your PS3 controllers over Bluetooth.

The Beelink i One’s unique feature is the inclusion of HDMI In. It allows you to plug another device into the Beelink i One  via HDMI and display its video output. Both Picture-in-Picture (PiP) and fullscreen are supported.

HDMI In worked relatively well during my testing. When maximized, it is almost like directly connecting the device to the HDMI port on your TV, with audio coming through the device. When minimizing the HDMI In window, you can place it wherever you want on your screen and it will display over your apps. However, audio is only available when the HDMI In window is maximized.

There are a few issues however. The first is that there is a slight delay between the audio and video introduced by using the HDMI In feature – it’s not significant but it is there. Secondly. there is no way to record from the HDMI input currently. However, I have been advised that Beelink are working on HDMI recording functionality which should be available in a later firmware update. If you need to record from HDMI today, you’d be better off with as the Zidoo X9 which I use regularly.

To test networking performance, the device is connected to the router via WiFi or Ethernet. The router is located approximately 5.7m from the device without minor obstructions. A 100Mb file is transferred between the device and a PC running the benchmarking server application. This is repeated 3 times for each direction and the average is taken. 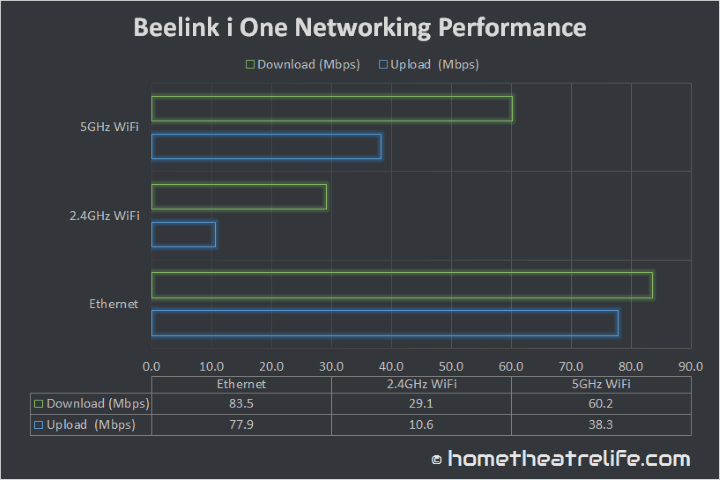 Wifi performance was pretty impressive. On the 2.4GHz band, upload and download speeds were 10.6 Mbps and 29.1 Mbps. Switching over to 5GHz saw these climb significantly thanks to lower competition on the frequency, achieving an upload speed of 38.3 Mbps and a download speed of 60.2 Mbps.

Ethernet performance was good, reaching 83.5 Mbps down and 77.9 Mbps up.

Beelink i One Benchmarks

The Beelink i One scored 43162 on Antutu 5.7. However, it wasn’t able to be verified so there may be some cheating at play here. 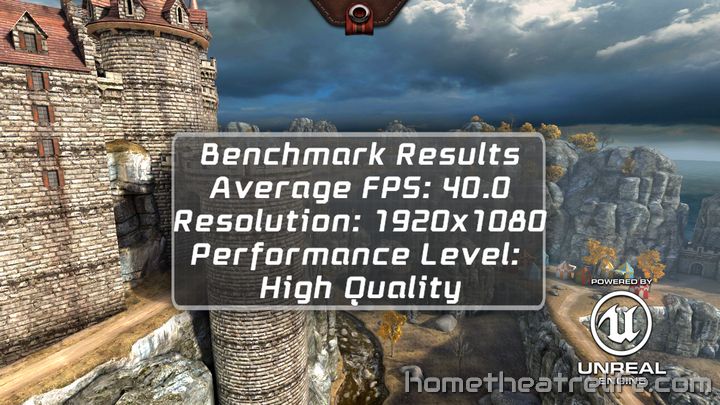 In Ice Storm Extreme, the device achieved a score of 8319. 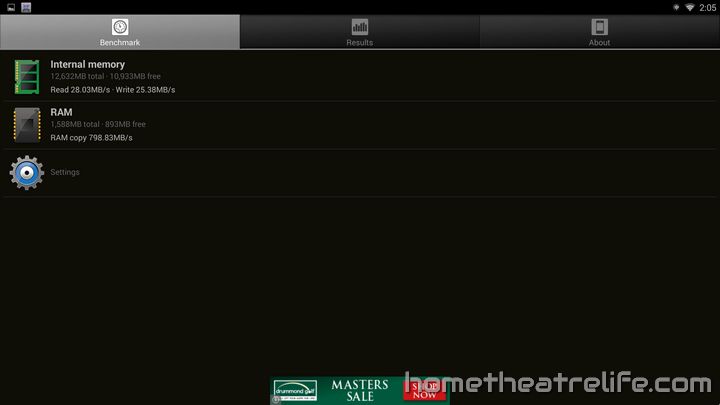 At this stage, there are no custom ROMs for the Beelink i One.

Beelink i One Temperatures

Beelink i One Power Consumption

If you’re interested in getting the Beelink i-One for yourself, click here to get one from GearBest.

Alternatively, the Beelink i One is available from Geekbuying.

Beelink i One
The Beelink i One is a great choice for those looking for a good all-round unit. Performance across both multimedia and gaming were good and its WiFi has plenty of bandwidth to meet streaming demands. Unfortunately, it is let down by a lackluster HDMI In implementation but hopefully Beelink will release HDMI recording functionality soon.
Pros
Cons
8