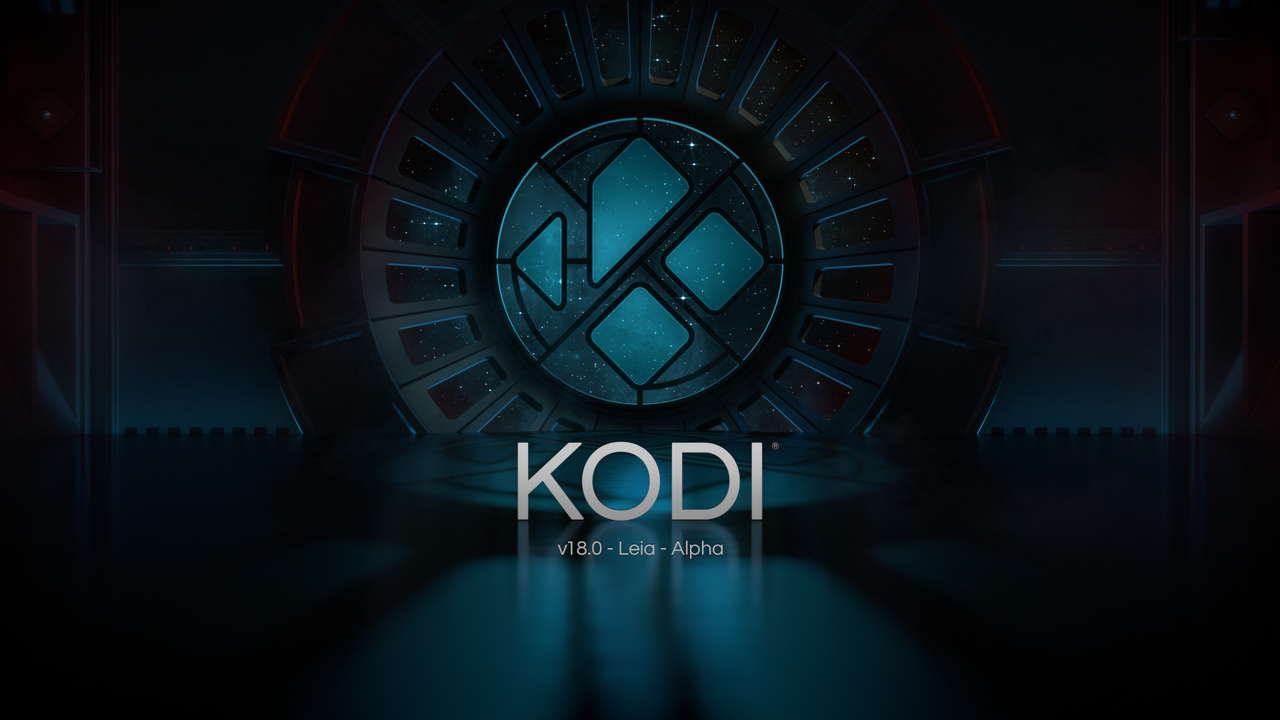 There’s no doubt that Kodi is one of the most popular media players in the world. With the team releasing the first alpha of Kodi 18 Leia recently, I thought I’d pull together a comprehensive guide on the latest version of Kodi so you have everything you need to know in one spot.

As with any major Kodi release, Kodi 18 brings with it a heap of new features to make everyone’s favorite media player even better.

Why is it called Leia?

Every release of Kodi comes with a new codename that starts with the next letter in the alphabet (e.g. Kodi 16 was Jarvis, Kodi 17 was Krypton).

With the passing of Carrie Fisher in 2016, Team Kodi chose to name the latest version of Kodi Leia after “one of the most butt-kicking princesses in cinematic history”, Princess Leia Organa, played by Fisher in Star Wars.

In a heartfelt tribute to the fallen actress, Team Kodi said:

It hurts our hearts to have lost a great woman and actress and, with her, the character she portrayed, the princess we grew up with. It feels fitting, then, to announce that Kodi 18 will be named “Leia” in honor of the late Carrie Fisher, as a tribute to one of the characters that defined an industry, and as a celebration of the whole Star Wars universe.

When will Kodi 18 be released?

Currently we don’t really have a set time however it should at least be somewhere this year so. There’s still enough room left for improvements however we could change our minds at any point in time and just call it ready enough to start the release cycle. In short we can’t say or promise anything.

However, I’d expect it to be released in the next few months, as the first alpha versions have been released to the public

What is Alpha software?

Alpha releases are typically very early versions that might be unstable, may have missing features and include bugs or other issues.

Kodi 18 will move from Alpha to Beta to Release Candidate to the final stable release over a number of months, becoming more stable as development progresses.

Whilst I’ve found Kodi 18 Alpha 1 to be pretty good, I have had the odd crash which may make some people concerned about installing it on their main media streamer.

That said, if you’re willing to overlook the occasional issue, there’s plenty of new features 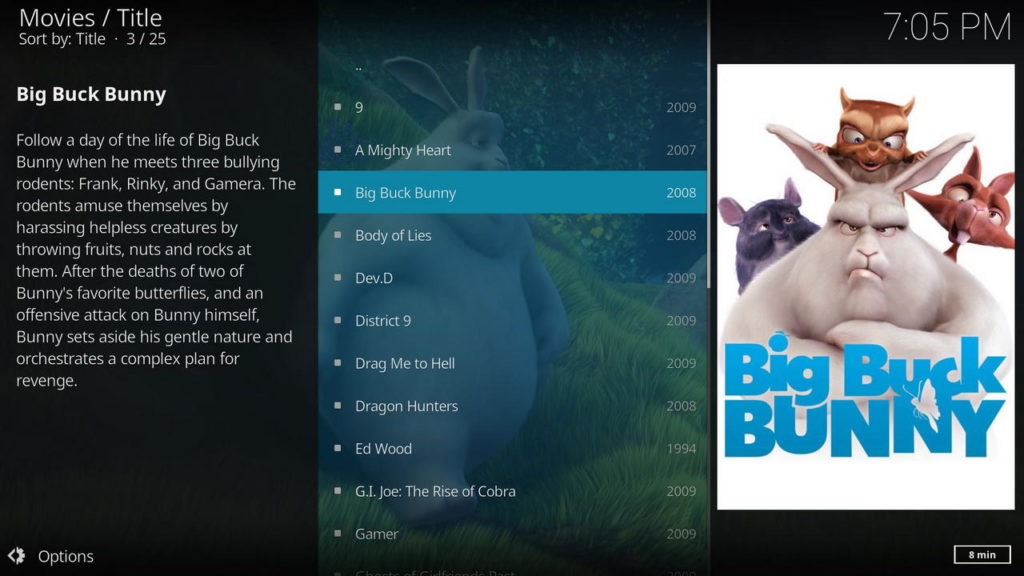 As a major release of Kodi, Kodi 18 Leia will ship with a host of new features rather than just bug fixes we see with smaller releases like Kodi 17.6.

Some of the new features in Kodi 18 include:

There hasn’t been any changes to the default Estuary skin so Kodi 17 users will feel right at home. That said, you can always install dozens of new

If you’re wanting to check out everything that’s been changed in Kodi 18, I’d recommend taking a look at the (massive) Kodi 18 changelog at the official Kodi wiki.

There’s a detailed list of changes, conveniently grouped into feature or platform specifics.

Whilst compatibility with 3rd party add-ons isn’t 100%, I’d expect this to get better as we get closer to the Kodi 18 final release.

Most Kodi add-ons should work out of the box and popular add-ons will likely get updates to fix any problems that arise.

Like any software, issues are bound to come up and Kodi 18 is no different.

I’ve been using the latest version of Kodi on several of my HTPCs and Android TV boxes and haven’t had any major issues aside from the occasional crash. That said, your mileage may vary.

If you find that Kodi 18 keeps crashing or keeps buffering, try clearing out the cache and take a look at our guide on fixing Kodi buffering for some more suggestions.

Most users with a relatively recent PC or Android TV box should be fine but be aware of the following.

Kodi has a history of supporting multiple versions of Windows, often far beyond Microsoft’s own support has lapsed.

However, Kodi 18 is the first version of the media player software that requires at least Windows 7 so those of you on earlier versions of Windows will either need to update or be stuck with Kodi 17.6.

As with Kodi 17, Kodi 18 needs Android 5.0 as a minimum so you’ll either need to update your Android TV box (see our picks here) or move to a Kodi fork instead.

Should I Install it on my Main Media Streamer?

I’ve been using Kodi 18 on several of my HTPCs and Android TV boxes with only the occasional issue.

That said, as Kodi 18 is still alpha software that’s under development, it will have more bugs and crashes than a stable release.

If you want a hassle-free experience, I’d recommend sticking with Kodi 17.6 until the final version of Kodi 18 comes out.

However, if you’re like me and want to test out all the awesome new Kodi 18 features, install it on a secondary box to test it out.

As usual, you can download the latest version of Kodi from the Kodi downloads page.

You’ll need to select your platform first then click on the “Development Builds” section to get access to the Kodi 18 installer/APK.

I’ve included download links for the two most popular platforms below:

How to Install Kodi 18 in Under 5 Minutes

As the new version of Kodi hasn’t released final state, it isn’t available in most app stores so you’ll need to manually install it.

As Kodi 18 hasn’t seen a stable release, you’ll need to install it using the Installer downloaded from the Kodi Downloads page.

Similar to Windows, you’ll need to sideload the Kodi 18 APK as Leia hasn’t reached stable yet.

To Install Kodi by sideloading the Kodi APK:

Updating to Kodi 18 is no different to updating Kodi normalyl – just install Kodi 18 over the top.

I’d recommend following the above install guide or check out our comprehensive guide on updating Kodi which walks you through it step-by-step.

Kodi 18 hasn’t changed too much from Kodi 17 so check out our Kodi setup guide which walks you through everything you need to know about setting up Kodi for the ultimate media experience.

Like any major software release, Kodi 18 Leia brings some exciting new features to the table and I personally can’t wait for its stable release.

That said, if you’re like me and are willing to live on the edge, install the Kodi 18 Alpha to test out all the new features – just be aware that it won’t be as stable as a final release.

Have you installed Kodi 18? What do you think of the new features? Let me know in the comments!

How to Turn Off the Amazon Fire Stick or Fire TV