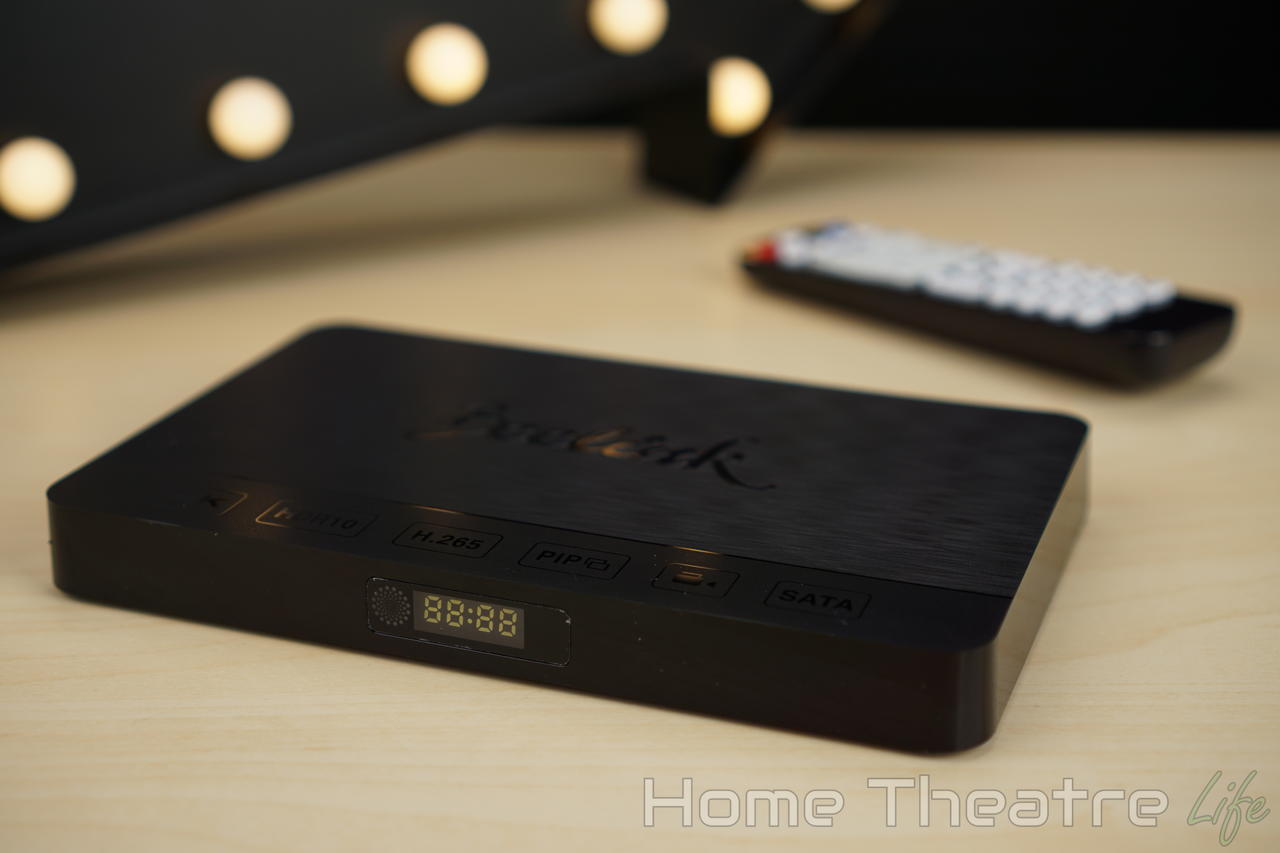 What is the Beelink SEA I?

The Beelink SEA I is the company’s latest Android TV box powered by the quadcore Realtek RTD1295.

Running Android 6.0, the Beelink SEA I allows you to connect it up to your TV, run Android apps on the big screen (including installing Kodi), stream movies and more.

It also features a HDMI In port so you can record from devices connected via HDMI such as game consoles. An internal hard drive bay also allows you to significantly increase the onboard storage, letting you install more games, apps and movies.

Where to Buy the Beelink SEA I

The Beelink SEA I is available from GearBest for around $120 with free shipping.

However, it’s currently on sale for only $89 for a strictly limited time! 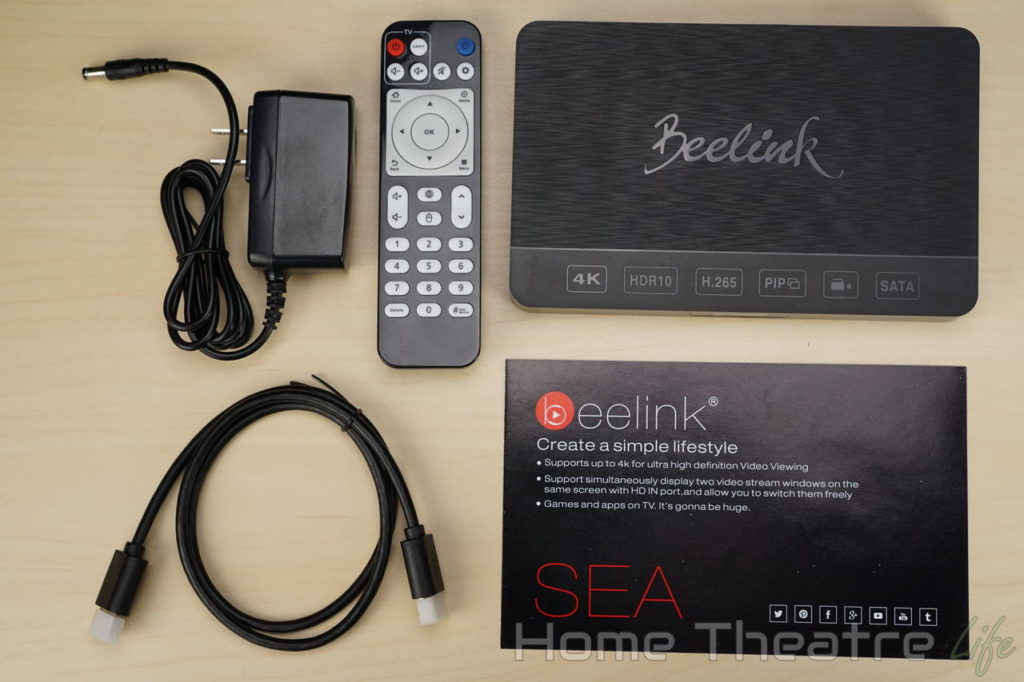 The Beelink SEA I is a little larger than a typical Android mini PC at 88x119x20mm. However, it manages to cram a lot in relatively slim plastic case. 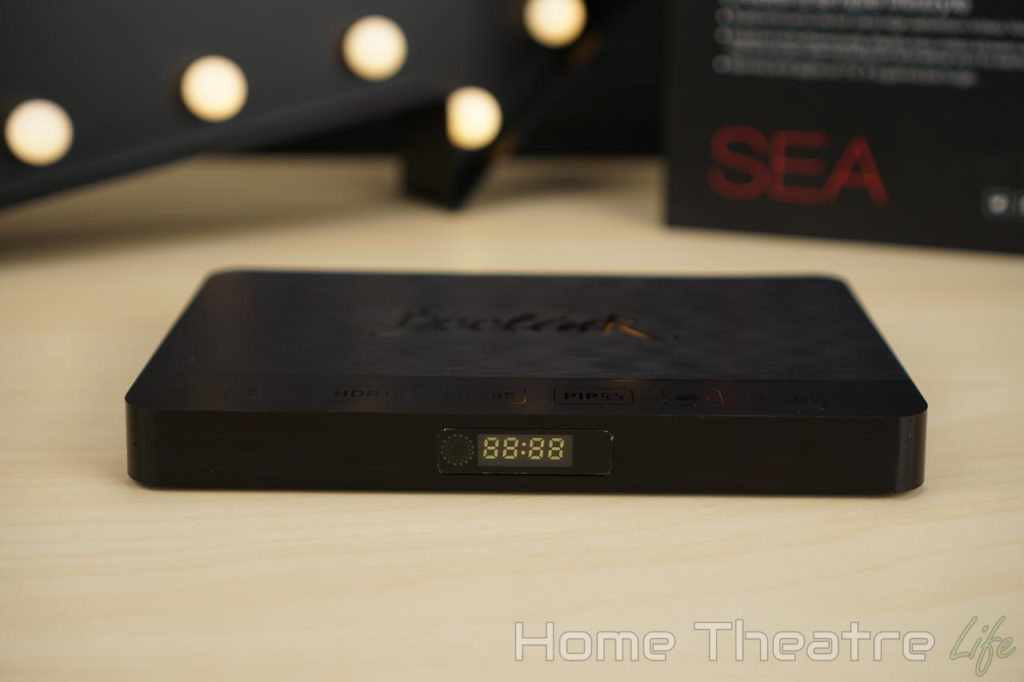 There’s an LED display on the front panel for displaying time and recording info. It was originally super bright but a firmware update added the ability to change its brightness.

The right side has a USB 3.0 port, a USB 2.0 port and a full size SD card slot. There’s also HDMI Out, HDMI In, Ethernet, Optical audio and power located at the back. One of the big differences of the Beelink SEA I compared to other Android TV boxes is the ability to massively increase its storage capacity by installing a 2.5″ hard drive using the internal SATA port.

This is great as you can add plenty of space for movies and games and even use the Beelink SEA I as a DLNA server to share media around the house. 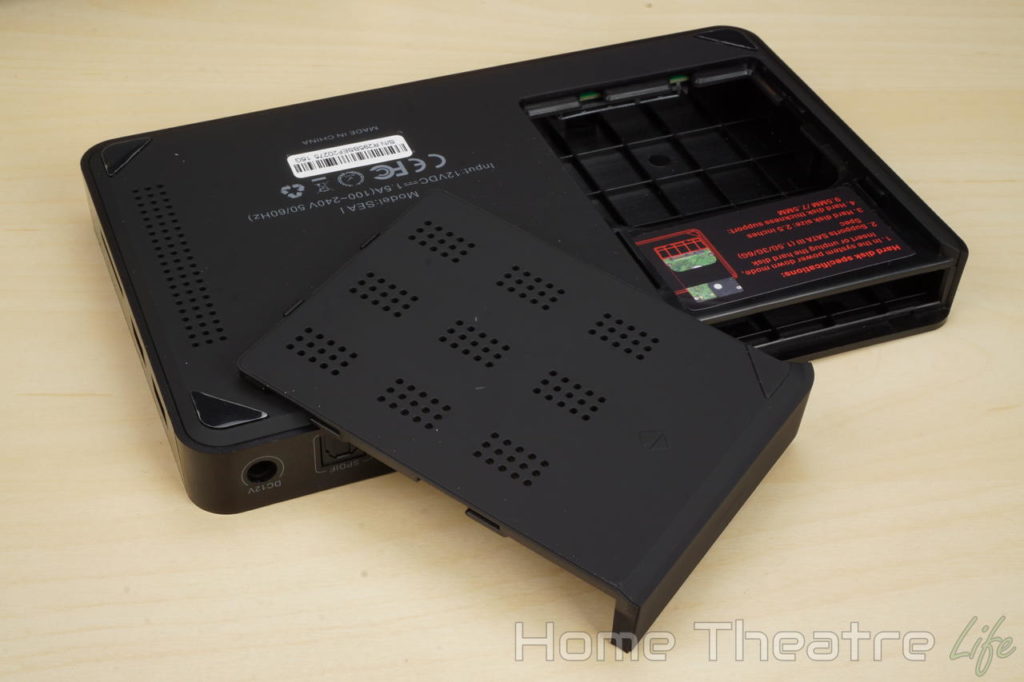 You install the hard drive by sliding off the cover underneath. Just note drives need to be under 9.5mm thick to fit so something like this would be perfect. It can also be difficult to remove the drives as the SATA port has a tight grip.

As usual, I wish there was a front USB port for easy access when you want to quickly plug in a USB drive of movies and kick back.

There’s no power button, so the Beelink SEA I turns on automatically whenever it’s plugged in, booting in a quick 19 seconds.

The included IR remote is a different layout to what I’ve seen. It’s comprehensive, with shortcut keys to launch Kodi, a mouse mode and more. 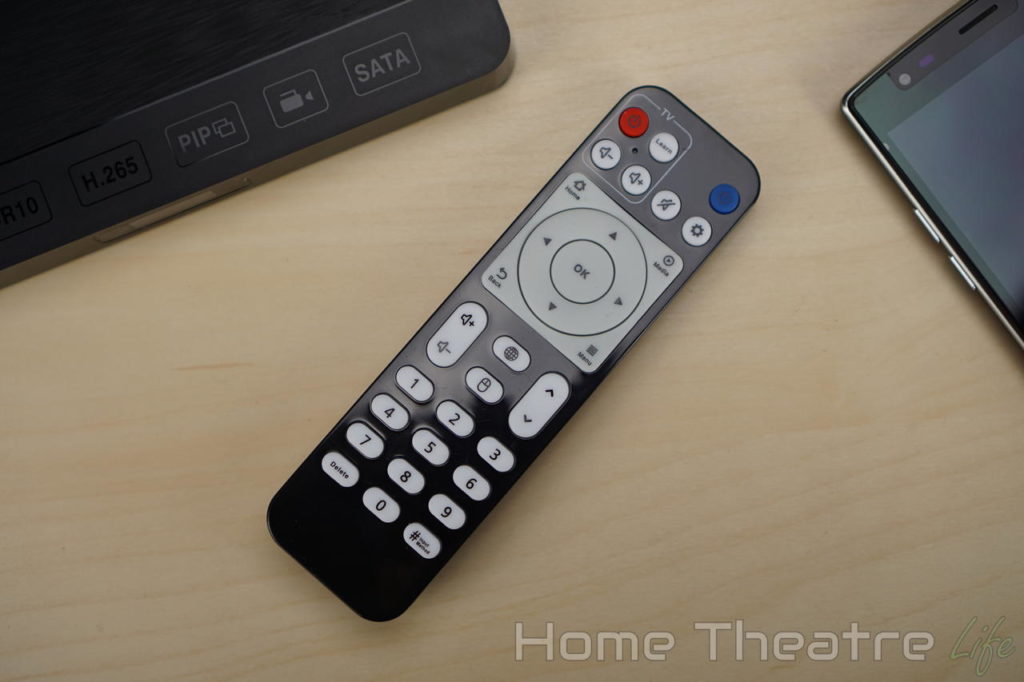 It even has a handy built-in learning mode that lets you control your TV or amplifier using the one remote.

That said, if you’re wanting the best Android TV box experience, I’d recommend picking up an air mouse [amazon text=like this one&asin=B01N0SUUZS] which lets you control your TV box using gestures. For more information on air mice and my recommendations, read my Best Air Mouse guide).

The first boot has a setup wizard which takes you through the basics of getting it up and running. It’s a nice touch I wish more Android TV boxes had. 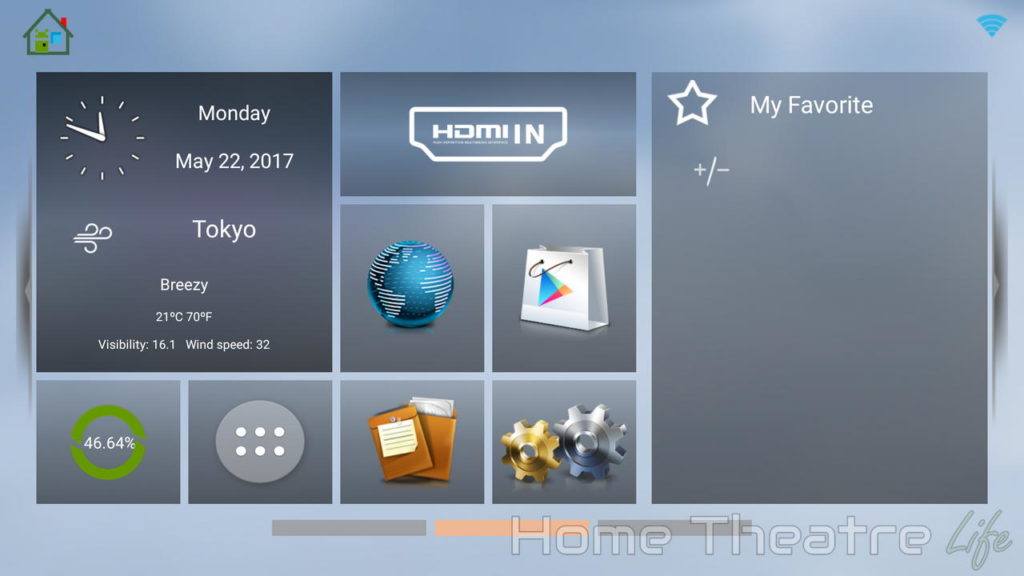 The Beelink SEA I’s launcher is the same one we’ve seen on a number of other Android TV boxes before. It feels snappy and responsive but it’s not as attractive as the launchers provided by Zidoo or Ugoos. However, you can always install a new launcher.

That said, there’s some basic customisation options here. You can change the wallpaper and add your favorites apps to the panel on the right. There’s also dedicated pages for apps like video streaming. 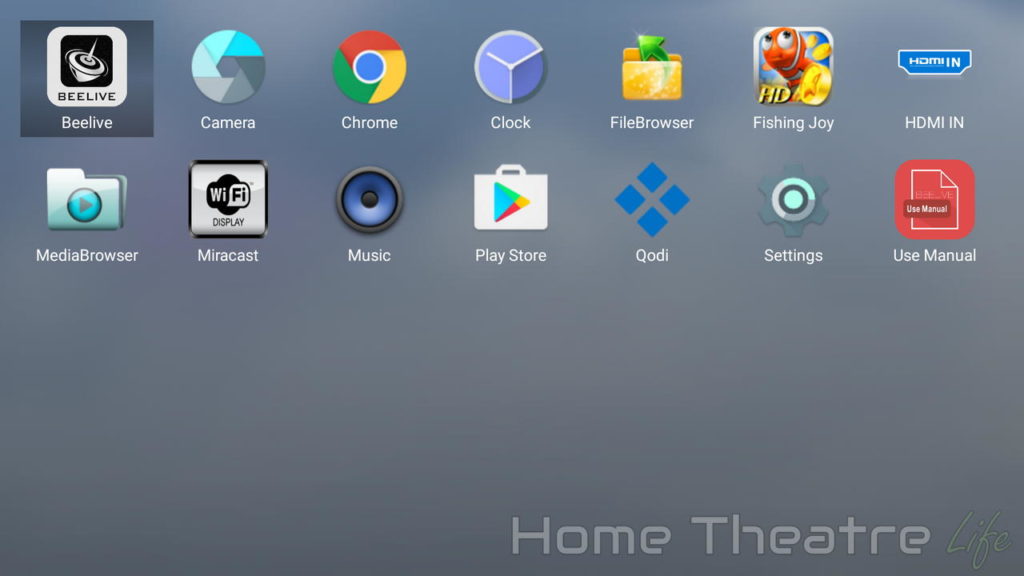 There’s a few apps pre-installed, including the now-ubiquitous Fishing Joy, a file browser and Qodi – a custom Kodi fork. I was able to install apps like Kodi using the Google Play store without any issues (though you’ll need to uninstall Qodi if you want to use stock Kodi as they share the same signature).

Power users need to note that the Beelink SEA I isn’t not rooted out of the box, though this won’t affect most users.

OTA updates are supported, though the firmware on my box was version 101 which seemed to have issues as it kept saying my firmware was the latest version – even though Beelink had released several firmware updates. 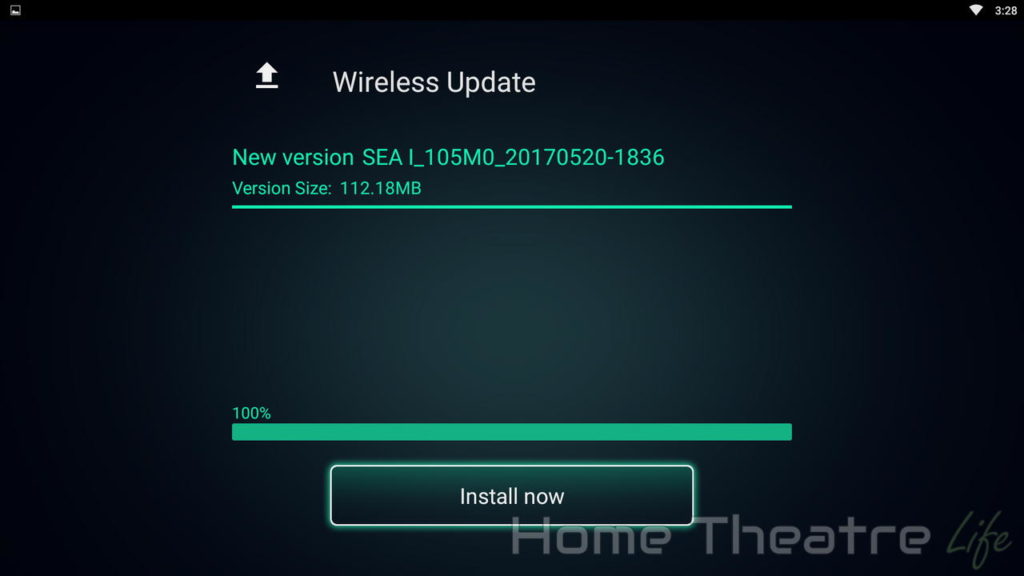 To update the box, I had to manually flash the box using my Windows PC which was a pain. However, once I updated the box to v104, I had no problems installing the v105 OTA update. Hopefully current boxes are shipping with the latest firmware.

One of the Beelink SEA I’s selling points is its ability to view and record video from its HDMI in port. Recording is done at [email protected], though you can’t record DRM-protected content (as you’d expect).

You can also use picture-in-picture mode to view the connected device and Beelink SEA I at the same time. You can even broadcast the video in your network which is an impressive feature, though one you’ll likely rarely use.

Scheduling is also supported, though you’ll need to ensure the connected device is switched on first unlike recording on a TV which can set the correct channel too. The top bar also doesn’t disappear when viewing HDMI content so the image may be cutoff at the bottom, though some people have reported success installing apps that hide the bar automatically. 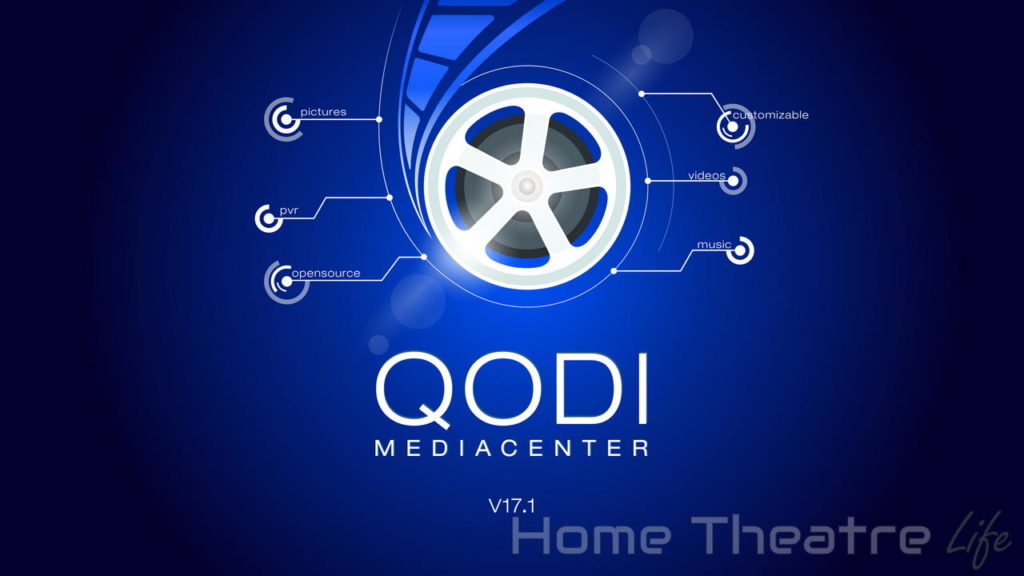 I decided to test video playback using the including Qodi fork and setup Kodi as normal.

Videos were played from a USB 3.0 hard drive and streamed over wifi from my server’s NFS share.

Overall, the Beelink SEA I’s video playback was good. The most common video played back without any issues and even 4K H.265 videos worked well. However, 4K H.264 videos didn’t play properly as the chipset doesn’t support them and some of the more demanding codecs tripped the box up.

Automatic framerate switching helps eliminate judder.  Thankfully, it works in Qodi, though you need to enable it in Android settings.

It only works for 24Hz videos, though this is the most common framerate for movies so it’s a massive plus – one few Android TV boxes support.

Thanks to a recent Netflix change, the current Netflix app didn’t work on the Beelink SEA I. Instead, I needed to sideload an older Netflix APK to get it working.

Once it was installed, streaming movies worked fine, though 4K and HD resolutions aren’t supported as the Beelink SEA I isn’t a Netflix-certified device. 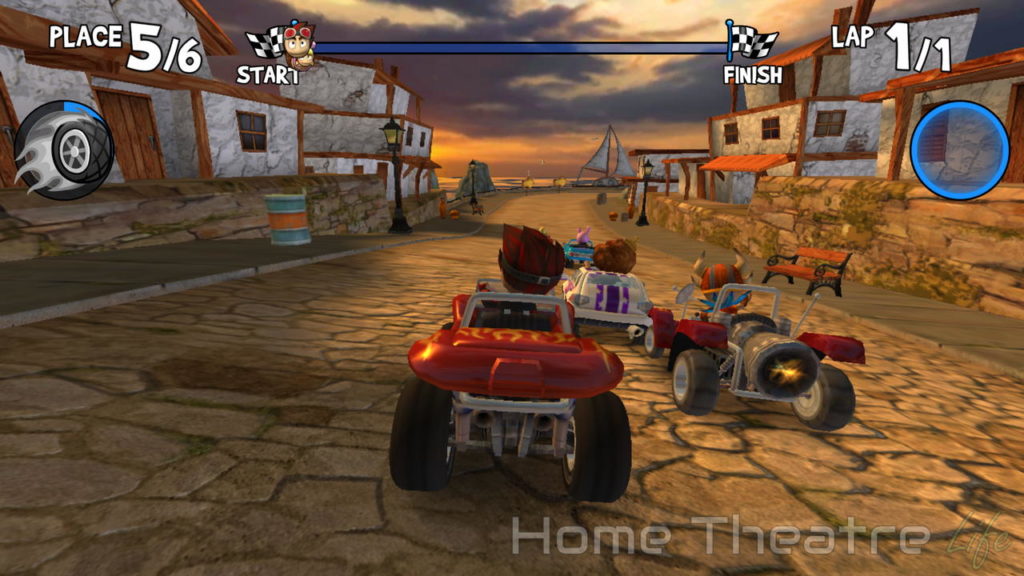 Everyone loves gaming so to put the Beelink SEA I to the test, I hooked up the awesome [amazon text=GameSir G4S controller&asin=B01HNXGKT6] (read my review) over Bluetooth and installed Jetpack Joyride (Android) and Beach Buggy Racing (Android).

I was quite impressed with the gaming performance of the Beelink SEA I. It’s obviously not as good as the [amazon text=Nvidia Shield TV&asin=B01N1NT9Y6], though it’s decent for the price.

Jetpack Joyride was fantastically smooth and Beach Buggy Racing maintained a solid framerate, even on maximum settings at 1080p.

Should You Buy the Beelink SEA I? 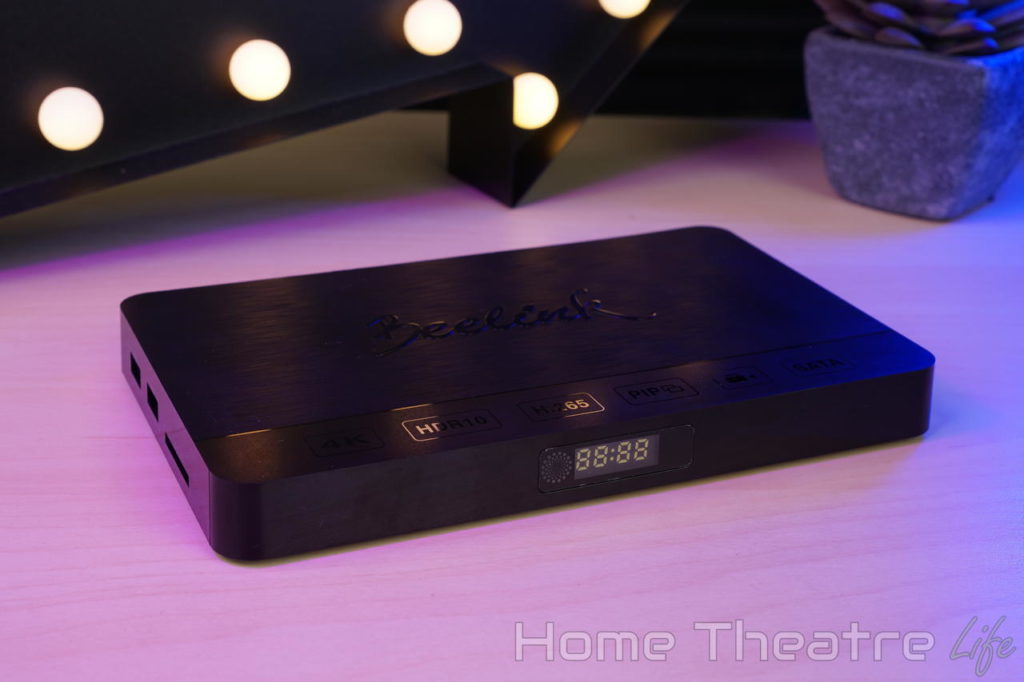 The Beelink SEA I packs in some solid hardware, though its software needs work.

If you’re wanting to play back videos, record videos from other HDMI devices or set up a DLNA server and share movies from the internal hard drive bay, the Beelink SEA I is a decent choice though there’s better (and pricier) Android TV boxes with HDMI recording on the market.

The fact it supports automatic framerate switching (despite its limitations) puts it ahead of most Android TV boxes for media playback.

Where to Buy the Beelink SEA I

The Beelink SEA I is available from GearBest for around $120 with free shipping. However, It’s currently on sale for only $89 for a strictly limited time!