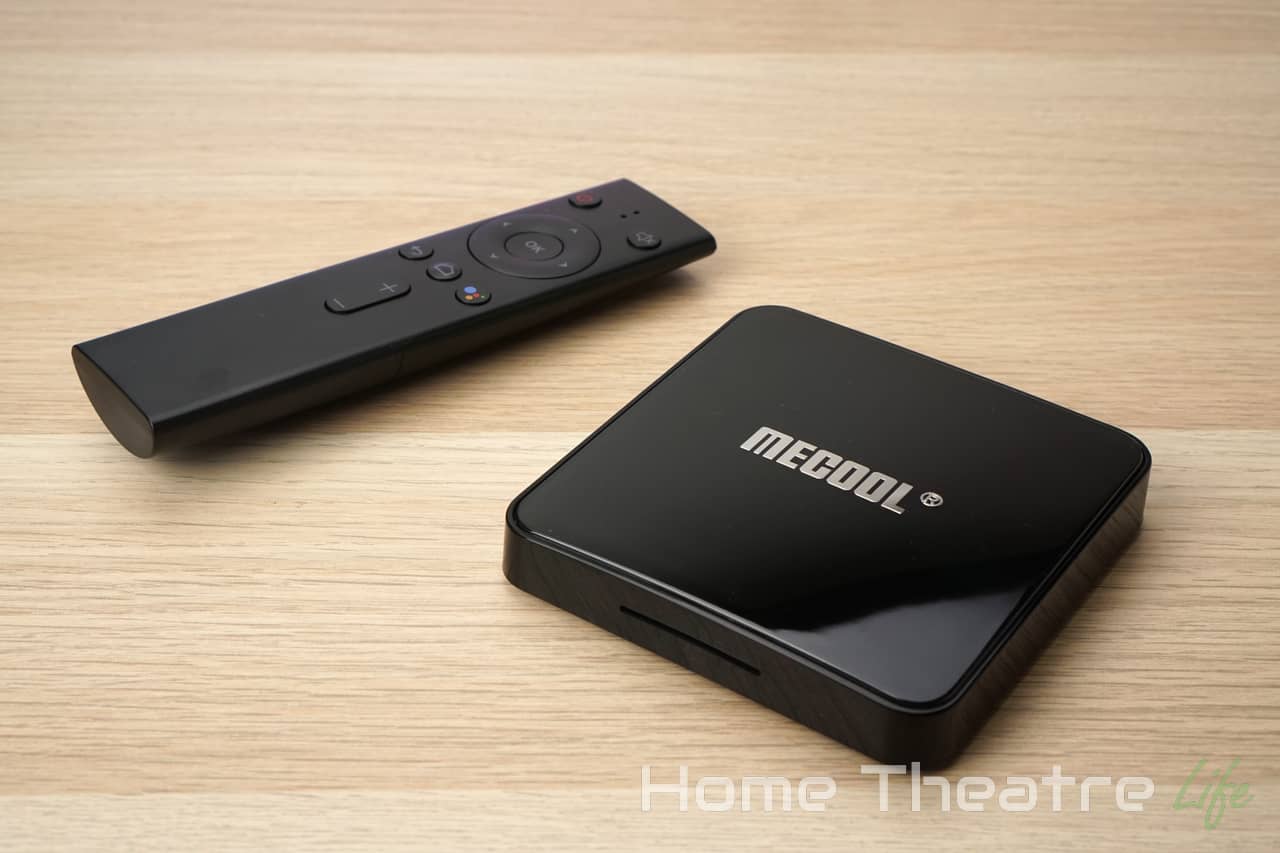 The MECOOL KM3 is the company’s latest Google-certified Android TV box powered by the quadcore Amlogic S905X2 processor. With solid hardware and Google’s backing, is the MECOOL KM3 worth it?

The MECOOL KM3 is an updated version of other Android TV-powered MECOOL boxes we’ve seen of late.

Networking-wise, the MECOOL KM3 is a mixed bag. It’s wireless AC is plenty fast but it’s disappointing to see only 100Mbps Ethernet in 2019. I would have much rathered Gigabit Ethernet here.

The MECOOL KM3 is a standard-looking Android TV box. The mirror black finish looks great (if only for a few seconds after unboxing before ending up covered in fingerprints). There’s also an RGB light at the front which acts as a status indicator, changing colors based on things such as boot up or standby. It’s a nice touch – though I didn’t like the breathing effect when idle as I tended to find it distracting when watching a movie.

Ports are on the left and rear side of the unit. The left side has a USB 2.0 port, USB 3.0 port, and a micro SD card slot. Around the back, we’ve got composite video out, Ethernet, HDMI out and DC in.

The included Bluetooth voice remote is the same one we’ve seen in other MECOOL TV boxes. It’s got all the standard Android buttons plus a dedicated button for triggering Google assistant.

As it’s Bluetooth powered, you don’t need a separate USB dongle and you don’t need to aim the remote at the box like some other Android TV boxes which is great.

The voice part of the remote works well. You need to hold the button down to trigger Google Assistant and keep it held down to speak. Voice recognition is reasonably accurate and you’ll get access to all the usual goodies such as asking questions and accessing your smart home devices.

You can also use the Android TV Remote app to control the box but I’d recommend you get an air mouse for the best possible experience.

The MECOOL KM3 runs Android TV 9.0 Pie with a fairly stock configuration. Content is organised into “Channels” along the left side, including Apps. YouTube and more.

You’ll be able to install more apps via the Google Play store (though you’ll get Android TV’s cut down selection). However, you can install an alternative app store like Aptoide TV to fill in the gaps or just sideload apps directly.

OTA updates are supported but no updates were available at the time of publishing.

Media playback on the MECOOL KM3 was good, handling most files without issue. I was surprised to see that the 4K 30fps samples failed to play properly which is disappointing.

As promised by Beelink’s marketing, the KM3 supported 4K Netflix playback and has support Google Widevine L1 DRM. You don’t need to install Netflix from the Google Play store as its pre-installed.

However, I suspect that this works via a workaround rather than official Netflix certification so it’s possible it won’t be supported in the future.

As the MECOOL KM3 is Google-certified, you’ll get access to Chromecast built in (with some pretty serious caveats).

Whilst you can you use Chromecast to stream from YouTube, Google Play Movies and other Google services, other Chromecast-compatible services such as Netflix won’t work. It’ll simply fail whenever you try.

Gaming performance was generally good. Titles such as Beach Buggy Racing playing well when maxxed out. More demanding titles like Asphalt 8 remained playable, but I did have to drop settings pretty significantly.

The Amlogic S905X2 does a decent job for emulation, handling Super Nintendo, Super Nintendo, N64 and PS1. However, PSP emulation via PPSSPP was too demanding, resulting in an unplayable experience.

With its excellent wireless hardware and strong CPU, the KM3 can handle Steam In-Home Streaming via the Android app on the Google Play store.

I was able to play using the “Beautiful” preset over wifi which requires 30mb/s of bandwidth, though a wired connection would probably improve performance.

Should You Buy The MECOOL KM3?

The MECOOL KM3 is a decent Android TV box, with good specs, access to Google Assistant and more.

It’s great to see excellent Google support, including 1080p Google Play movies and Chromecast support (though subject to some limitations.)

However, slow 100Mbps Ethernet, no automatic framerate switching and SD Netflix does hurt the value proposition for those who rely on these features.

That being said, most users will find this to be a solid Android TV box which will meet their needs.

Where to Buy the MECOOL KM3

The MECOOL KM3 is available from:

Saitake STK-7007X Review: Is This Telescopic Bluetooth Controller Worth It?

Brilliant Smart Plug Review: Is It Worth It?