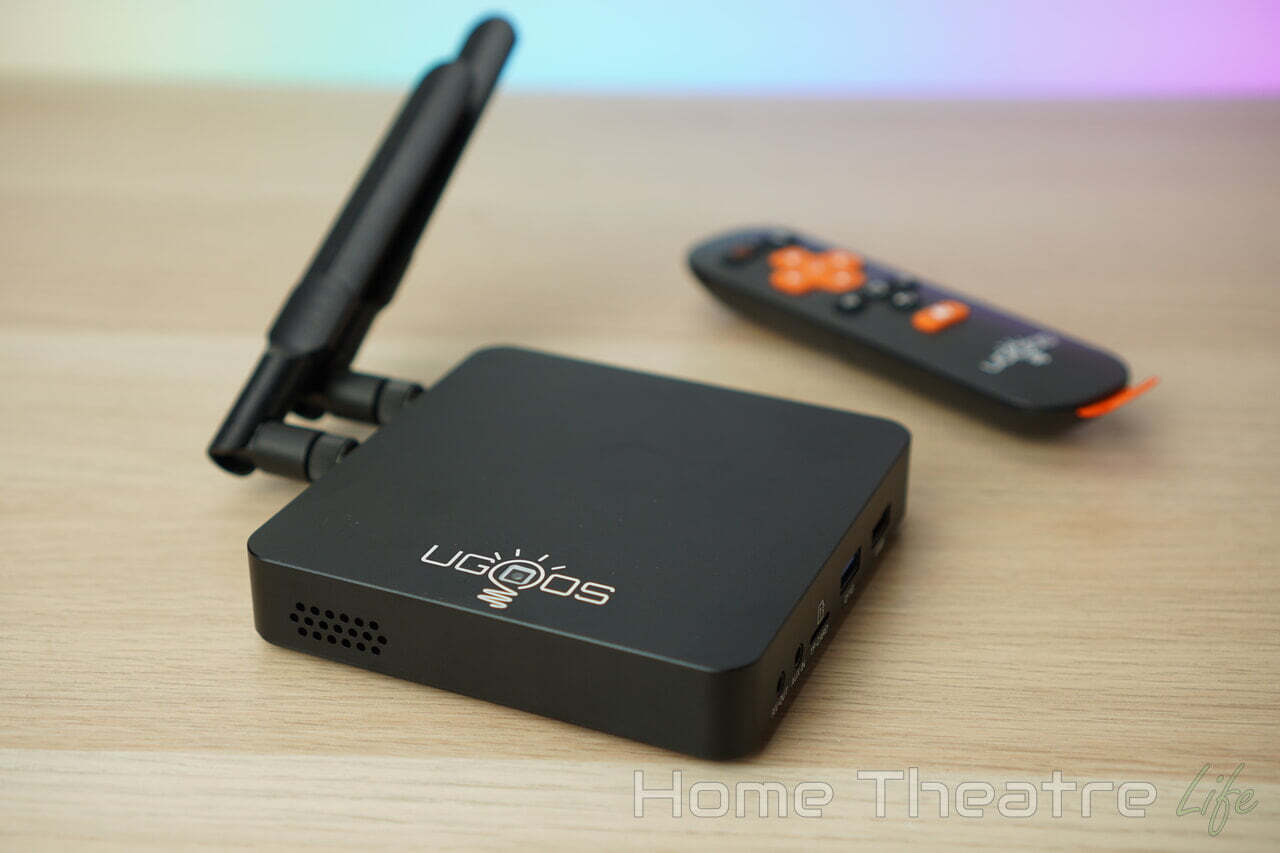 The UGOOS AM6 is the high end Android TV box manufacturer’s latest TV box powered by the new Amlogic S922X. With UGOOS typically high quality hardware and powerful processor, is the UGOOS AM6 worth it?

UGOOS AM6 Specifications and Features

The UGOOS AM6 is UGOOS’ latest Android TV box and their first based on the Amlogic S922X.

With the powerful Sporting the increasingly popular hexacore Amlogic S922X processor. As we’ve seen in other chipset comparisons, the S922X is a beast so you’ll get plenty of power for watching movies in Kodi, gaming and browsing the web.

The 2GB of RAM and 16GB of storage is on the light side but shouldn’t be an issue for most users. The biggest issue is the limited onboard storage. If you’re a gamer or install lots of apps, you’ll probably want to expand your storage using a micro SD card.

Networking a real strength however, with fast wireless AC and Gigabit ethernet offering plenty of bandwidth for HD streaming.

The Ugoos AM6 is an impressively solid Android TV box. It’s all metal construction results in a box that not only feels high quality, but has enough weight to keep it in place when everything is plugged in.

Ports are located on the 3 sides of the box. The right side houses a USB 3.0 port, USB 2.0 port , micro SD card slot, aux in and AV out. On the left is two antenna connections and the power button.

Around the back is an Ethernet port, two extra USB 2.0 ports, HDMI, SPDIF and DC In.

UGOOS have included their usual IR remote which works well enough. You’ve got all the main Android buttons, volume controls and more. It can also be used to wake the box from sleep.

For those of you that prefer to use your smartphone, Ugoos also provide a remote app (though you’ll have to sideload an APK as it isn’t available on the Google Play store).

You can also use the UGOOS’ own remote app to control the box but I’d recommend you get an air mouse for the best possible experience.

The UGOOS AM6 ships with Android 9.0 Pie – one of the most recent versions of Android available. Interestingly, UGOOS opted to ship the AM6 with stock Android rather than their TV-optimized UGOOS Launcher.

Based on discussions I’ve had with UGOOS, this was due to incompatibilities with the UGOOS Launcher and Android 9.0 which have been fixed. This means I was able to install the launcher from the Google Play Store.

There’s surprisingly few pre-installed apps which is nice to see, with basic apps such as a file browser and media player available out of the box. You can use the Google Play store to install your favorite apps such as Kodi, though I did have a couple of benchmarking apps that were marked as incompatible.

UGOOS are one of the best Android TV box manufacturers in terms of software support, often providing regular firmware updates for months after launch.

There’s already been 4-5 OTA updates since I recieved the box, with each one adding features and fixing bugs.You can also download the firmware from the UGOOS download page.

There’s also a few custom roms including a port of Android TV available.

Video playback on the UGOOS AM6 was excellent, playing pretty much everything I threw at it. I was impressed to see that even my 1080p Hi10p videos played back perfectly – likely due to the extra CPU power the Amlogic S922X provides.

As the UGOOS AM6 isn’t a Netflix-certified device, you’ll be limited to 480p streaming. You’ll need to install Netflix manually as the Netflix app won’t appear in the Google Play store.

Gaming performance was excellent with the S922X’s more powerful GPU boosting performance across a range of gaming titles. I was able to play titles such as Beach Buggy Racing playing well at maximum settings.

Thanks to the boosts across both the CPU and GPU compared to it’s predecessor, the Amlogic S912. This translates to significant improvements to emulator performance.

Testing across a wide range of emulators including Super Nintendo, Super Nintendo, N64 and PS1 showed excellent results. Even PSP emulation via PPSSPP was playable at 3x PSP resolution for a clean image.

Unfortunately, I wasn’t able to test out gaming perfomance on Dolphin as it requires a 64-bit OS.

Should You Buy The UGOOS AM6?

The UGOOS AM6 is a solid Android box that’s well suited for both average users and power users alike – as long as you’re not looking for support for HD streaming on services such as Netflix.

The UGOOS AM6 offer their usual combination of excellent hardware and software, with their heavily customised Android firmware adding tonnes of useful features. Coupled with the powerful hexacore Amlogic S922X under the hood results in a excellent performing Android TV box (as long as you’re ok with its limitations).

Where to Buy the UGOOS AM6

The UGOOS AM6 is available from GeekBuying.

UGOOS AM6
With excellent hardware and software, coupled with the powerful hexacore Amlogic S922X under the hood, the UGOOS AM6 is an excellent performing Android TV box (as long as you're ok with its limitations).
Pros
Powerful Processor
Strong Networking Performance
Solid Metal Build
Cons
No TV-Friendly Launcher Pre-Installed
480p Netflix Only
8.4